A referendum on whether the UK should stay in the EU will be held on June 23rd. Ahead of the referendum, BMW Group CEO Harald Krueger said a UK vote to exit the European Union would cloud the future of its UK brands MINI and Rolls-Royce.

“I’d find it very regrettable,” Krueger said. “What it might mean is hard to tell. BMW has MINI, Rolls-Royce and an engine plant in the UK. It’s critical that there’d be a trade agreement — and what sort.” The UK is a valued member of the EU as “a driver for market liberalization and other reforms,” the CEO said. 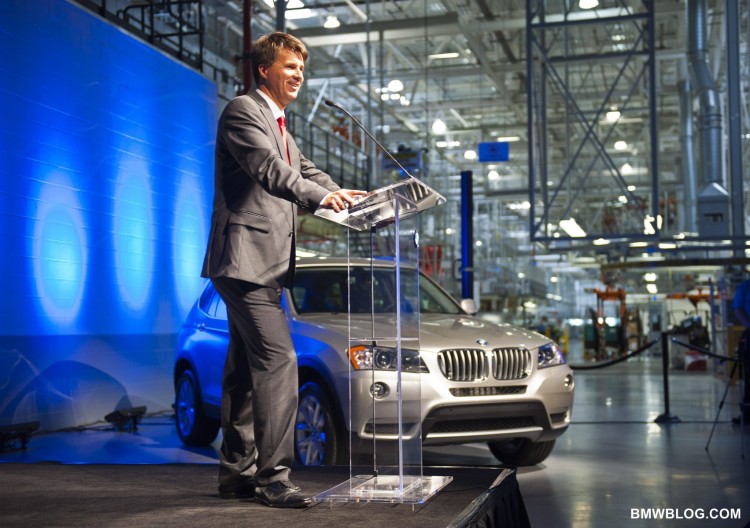 BMW said it was not clear that an independent Britain would be granted a free trade deal with the EU, meaning tariff barriers could lead to higher costs and higher prices. JPMorgan said Tuesday an exit could halve the UK’s growth rate to 1 percent in the year after an “out” decision, and weaken sterling as much as 10 percent.

Oxford-based MINI has been owned since 1994 by BMW, while the Bavarians bought licensing rights to Rolls-Royce in 1998, setting up the brand in Goodwood, England.

Here is the full email sent to employees:

The BMW letter to Rolls-Royce workers

As the debate around the referendum to decide the future of the UK’s European Union membership increases, it is an appropriate time to outline the Rolls-Royce Motor Cars and BMW Group position.

The decision on whether to stay in the EU or not is for British voters to decide on in June. However, as a wholly-owned BMW Group company, it is important for all Rolls-Royce Motor Cars employees to understand the view of our parent company. The BMW Group believes that the UK is better as a member of the EU than it would be outside it. You will see in the media this week an open letter supporting the campaign to stay in the EU, signed by around 200 business leaders, including Member of the AG Board, Ian Robertson.

Free trade is important for international business. Rolls-Royce Motor Cars exports motor cars throughout the EU and imports a significant number of parts through the region. For BMW Group, more than half of MINIs built and virtually all the engines and components made in the UK are exported to the EU, with over 150,000 new cars and many hundreds of thousands of parts imported from Europe each year. Tariff barriers would mean higher costs and higher prices and we cannot assume that the UK would be granted free trade with Europe from outside the EU.

When it comes to regulation, whether the UK remains inside the EU or leaves it, with Europe as the UK’s largest export market by far, we would have to abide by European rules and regulations in any case. We believe it’s much better to be sat at the table when regulations are set and have a hand in their creation, rather than simply having to accept them.

Finally, we get a significant benefit from the easy movement of our people between the UK and Europe. This allows the rapid transfer of expert knowledge throughout the Rolls-Royce Motor Cars and BMW Group networks, building the skill level of our UK workforce. Our employment base could also be affected, with skilled men and women from most EU countries included in the 30 nationalities currently represented at the Home of Rolls-Royce here at Goodwood.

The debate around this subject will undoubtedly continue to build as we near the UK referendum on 23 June 2016.