BMW M4 Convertible by B & B makes 580 horsepower 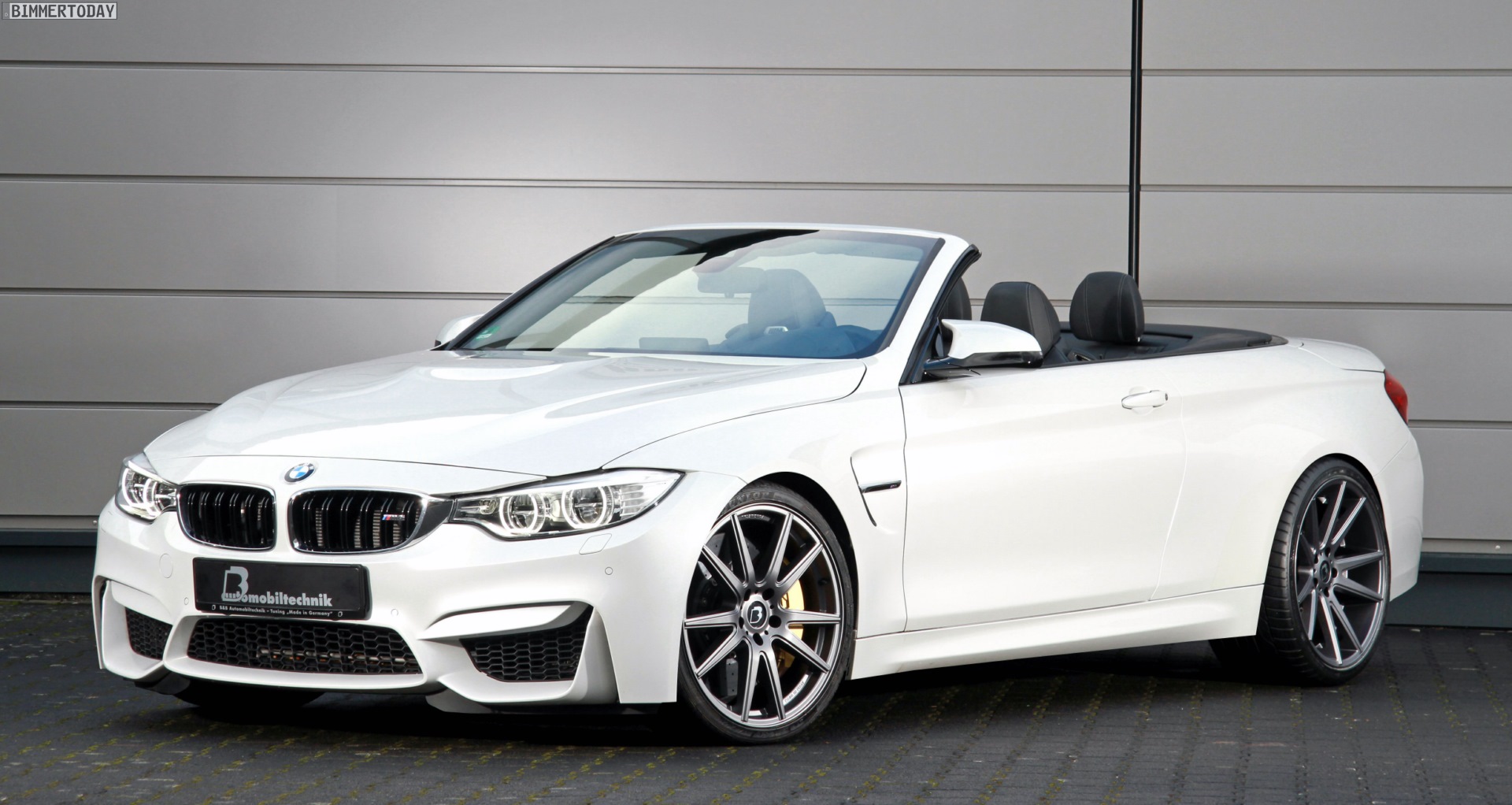 B & B Automobiltechnik ups the power of the S55 engine a little further. The tuning program from Siegen provides three levels of power upgrades for an increase in performance up to 580 horsepower. Using a BMW M4 Convertible as the base for the tuning project, the German tuning shop not only brings the power up to 580 hp, but also ups the torque level to an astonishing 750 Nm.

For the significant increase in performance, the folks at B & B Automobiltechnik installed a larger turbocharger, special downpipes, an optimized intercooling and also edited the intake paths. Following the hardware changes, the boost pressure and injection maps of the twin-turbo straight-six can be adjusted so that the base 431-hp base is being brought to new levels of power delivery. 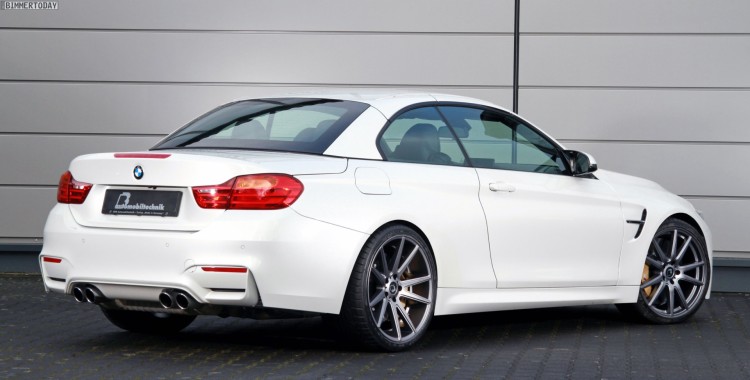 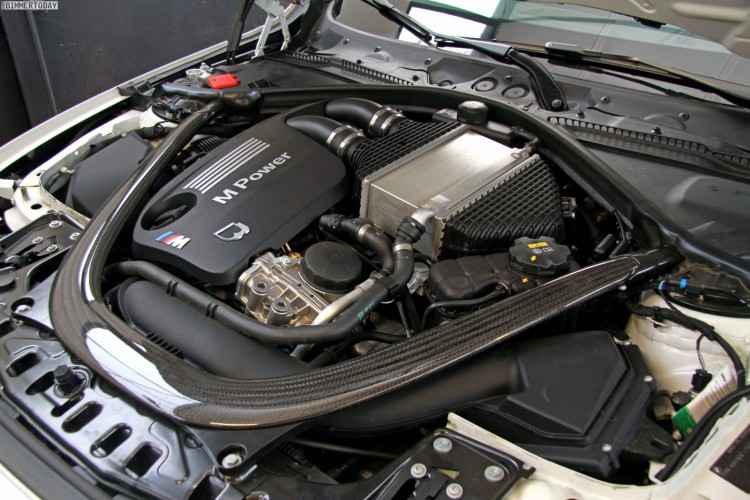 The top speed was also raised to 300 km/h for the the firs two levels while the top one will deliver a top speed of 330 km/h. 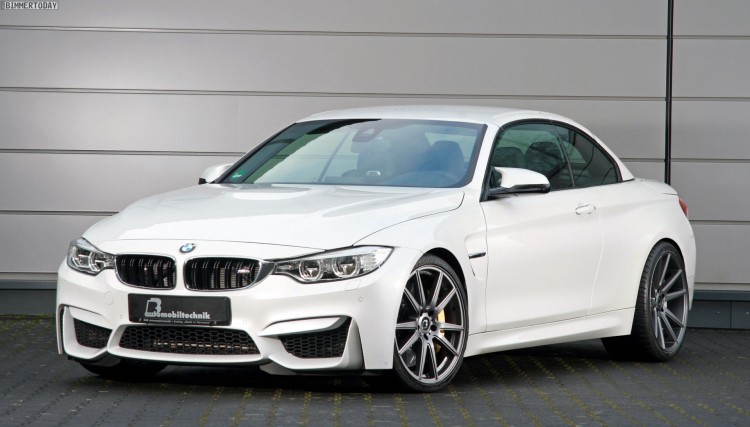 B & B Automobiltechnik recommends to sporty drivers to install an additional oil cooling system for the price of 1,495 euros. The cooling reduces the oil temperature up to 25 degrees and has a correspondingly positive effect on the life of the engine. The 580 horsepower will send the M4 Convertible from 0 to 100 km/h in just 3.5 seconds and reach the 200 km mark after 11.2 seconds. 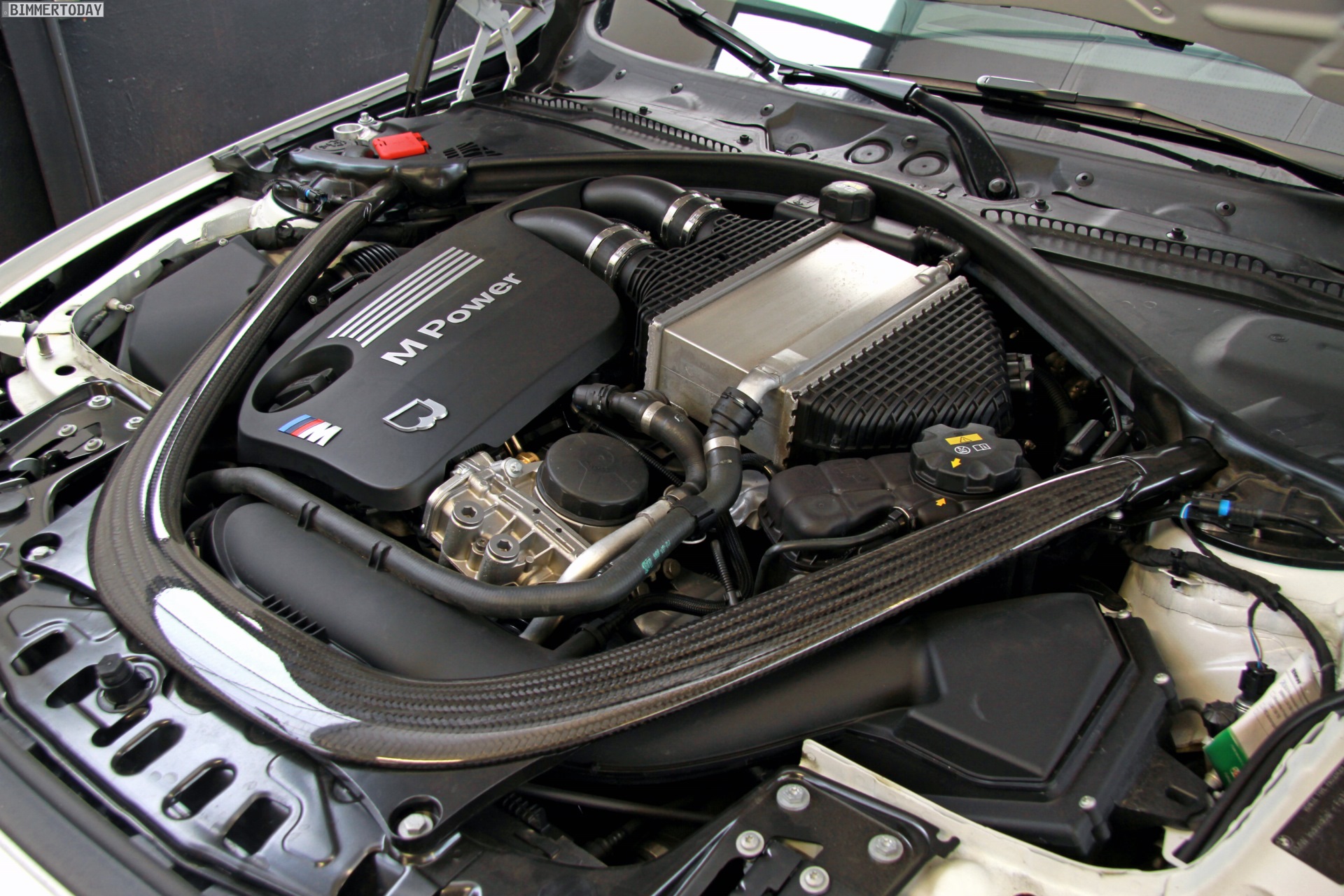 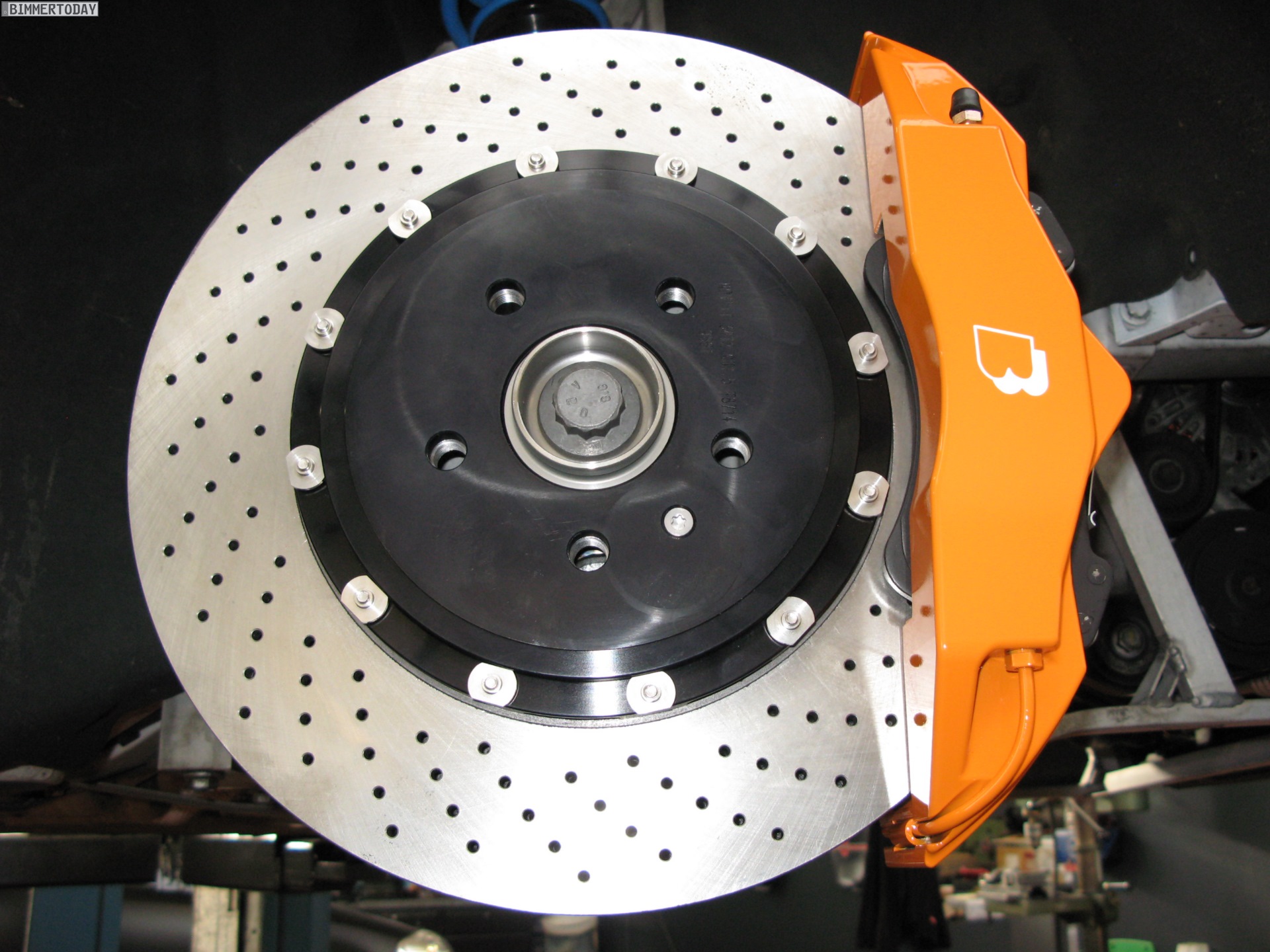 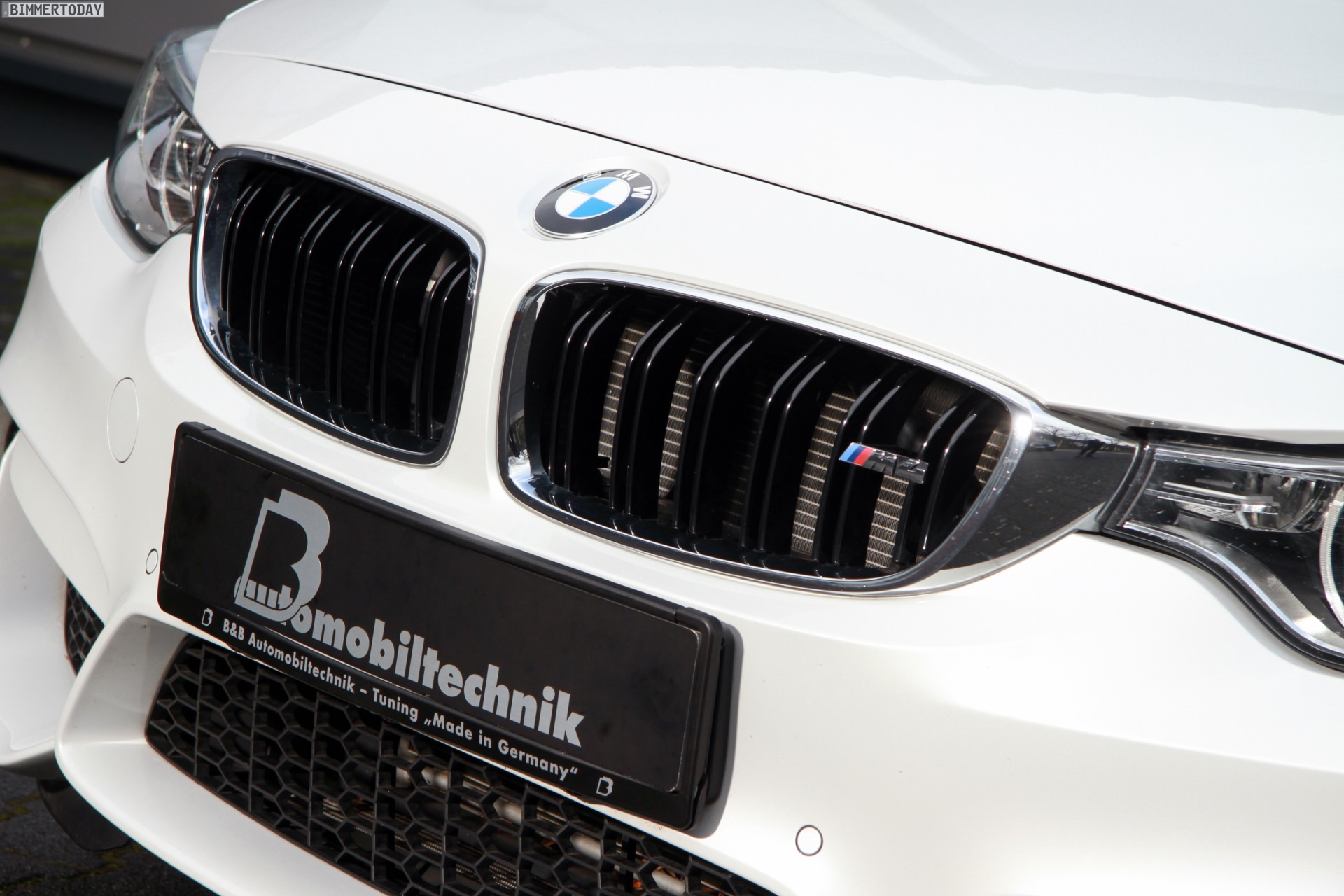 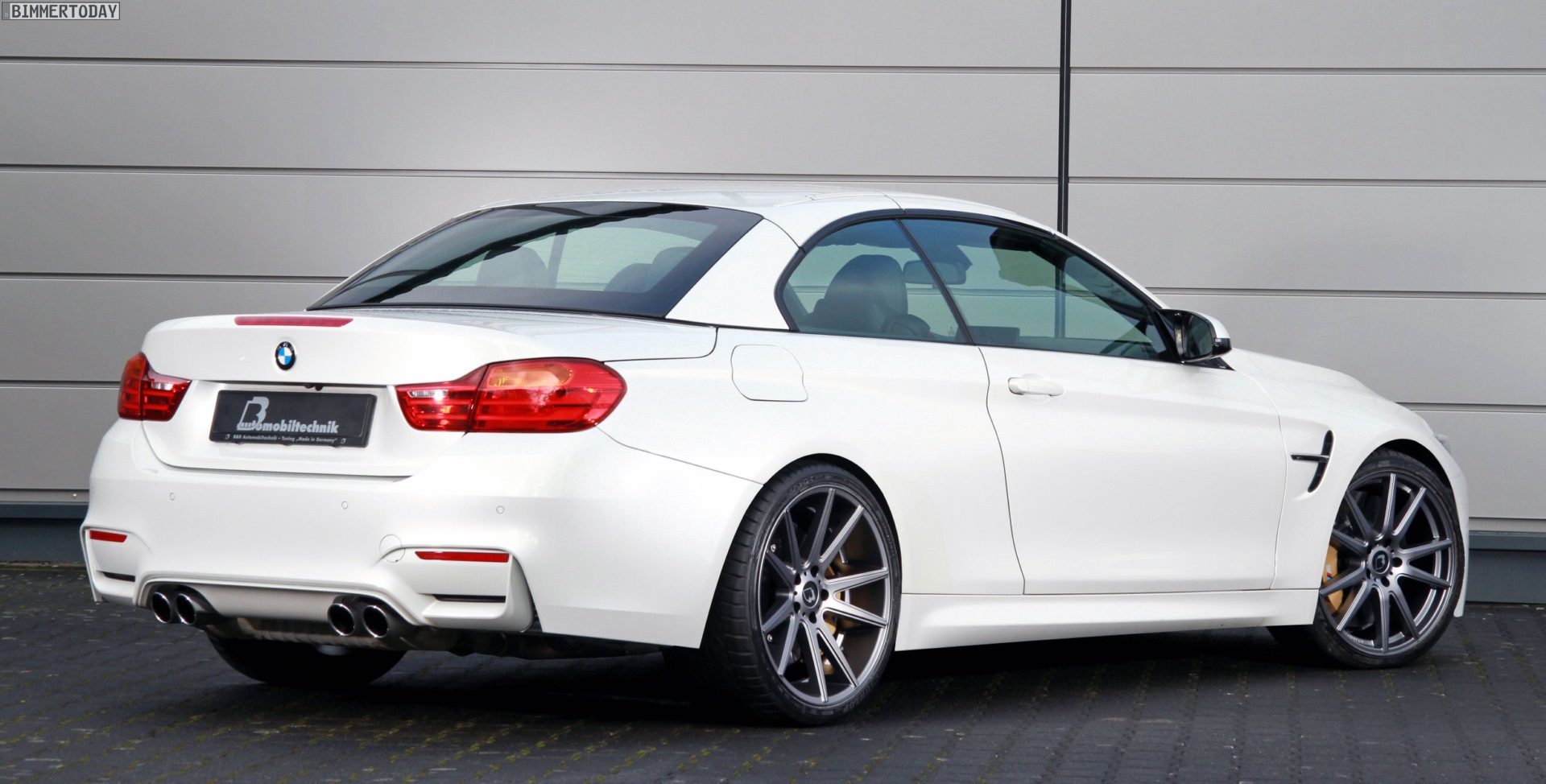 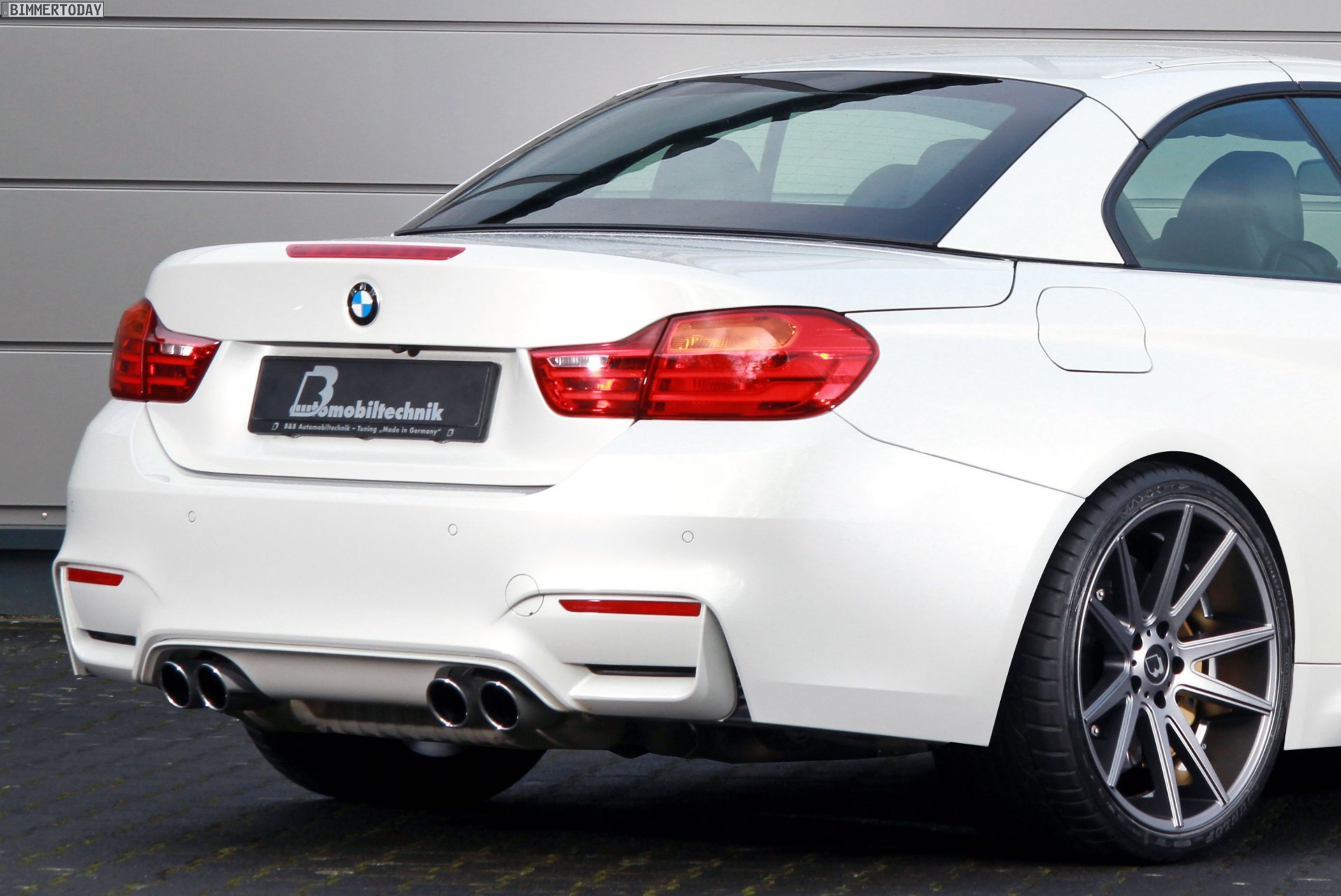 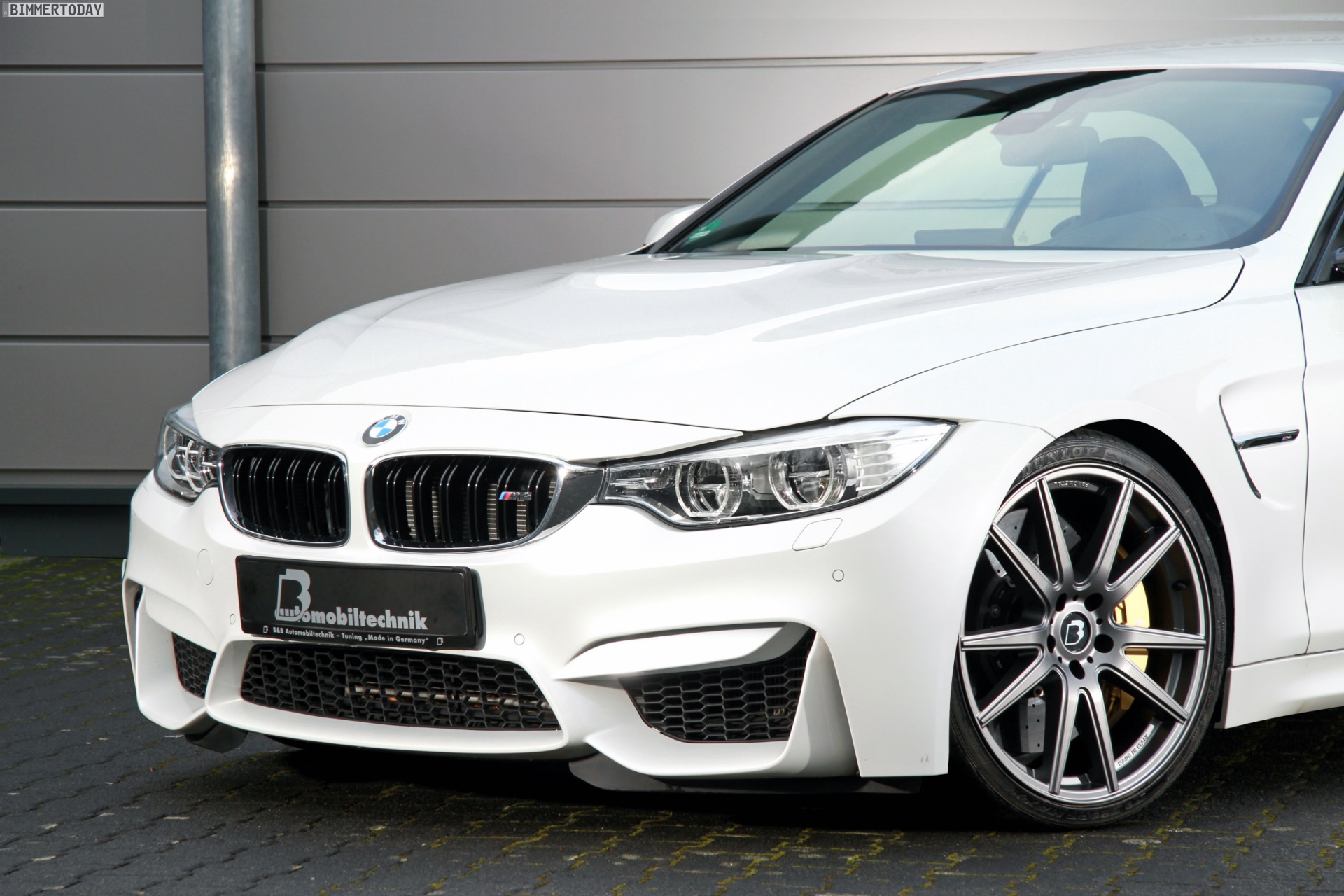 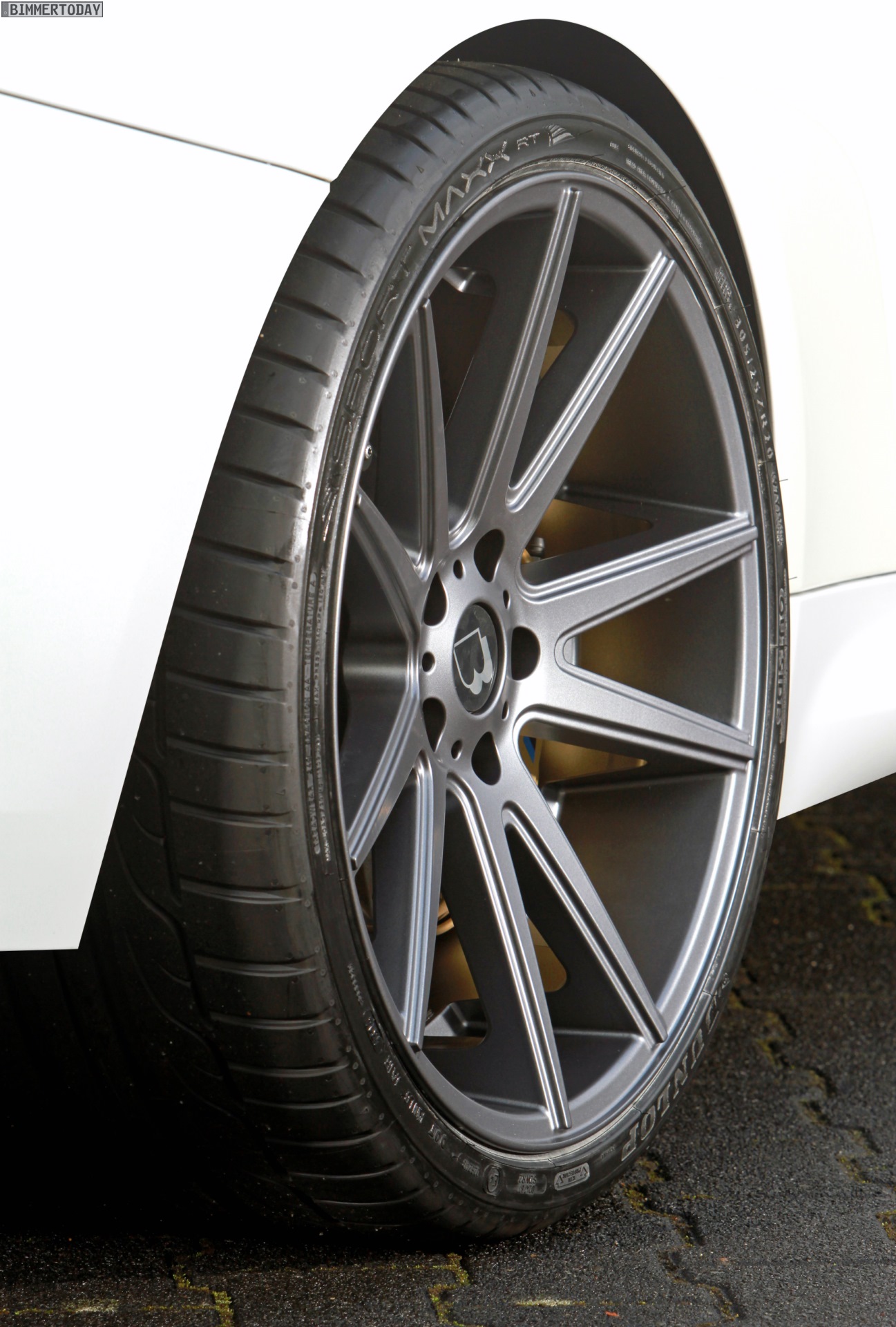