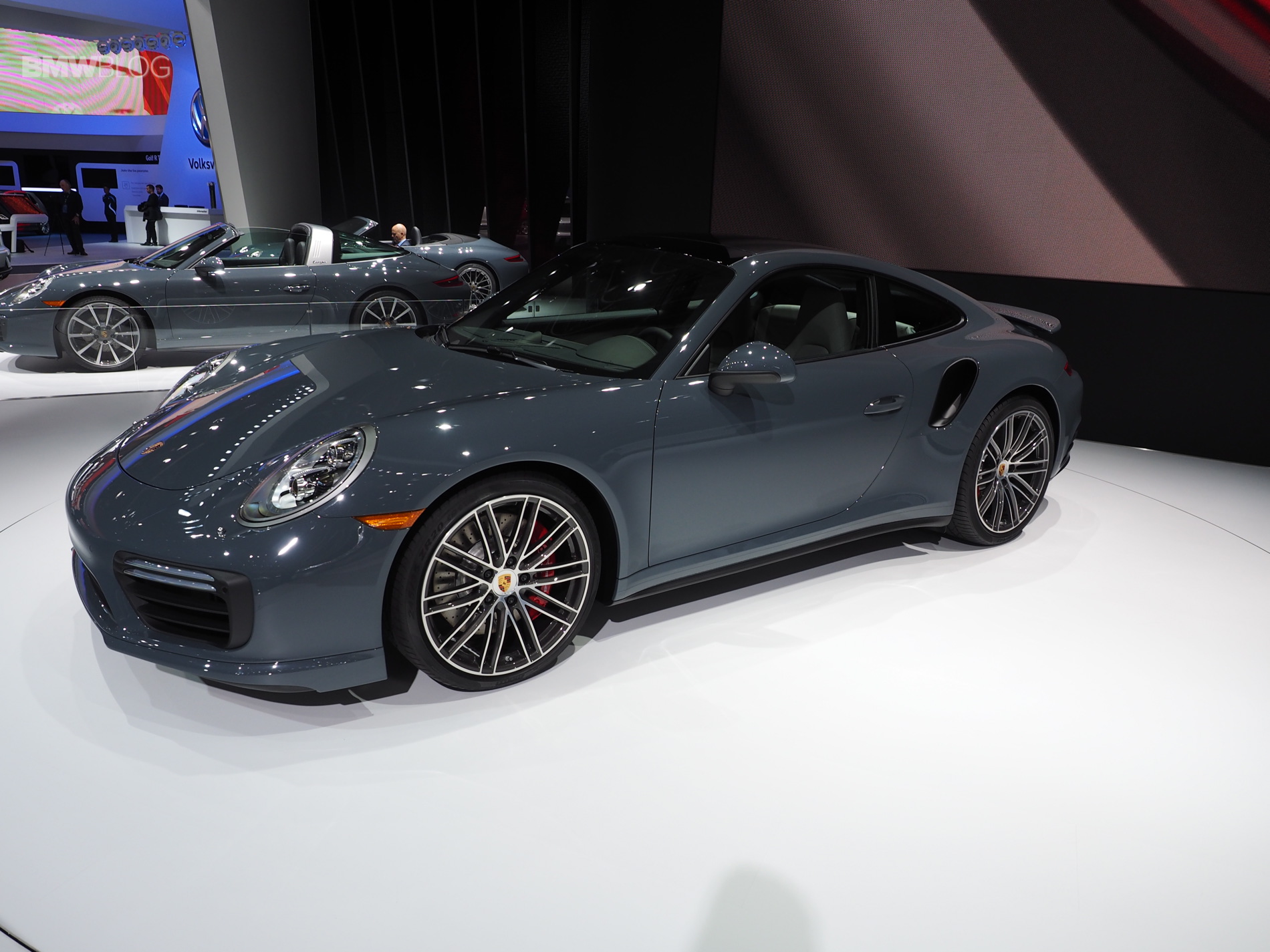 Porsche unveiled at the 2016 Detroit Auto Show the new 2017 911 and 911 Turbo. The new high-performance models come to market with either 540 or 580 horsepower – depending on which version of the 3.8-liter, twin-turbocharged flat-six engine you choose – an increase of 20 horsepower over the previous models. 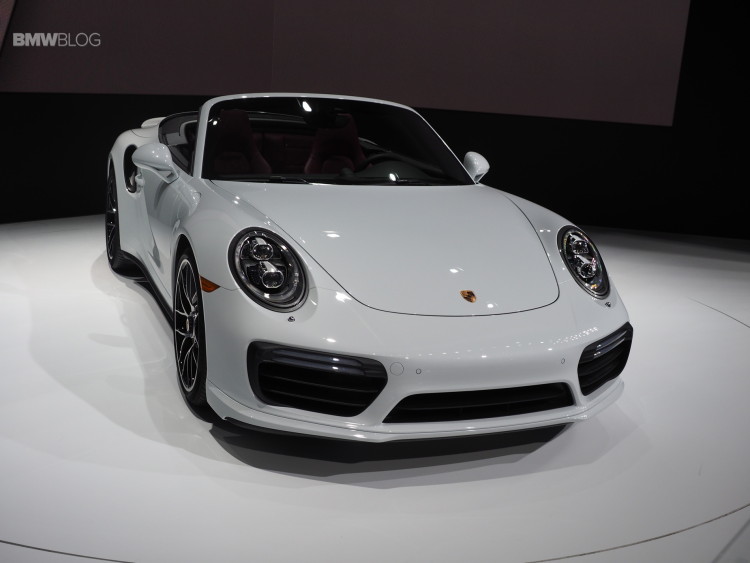 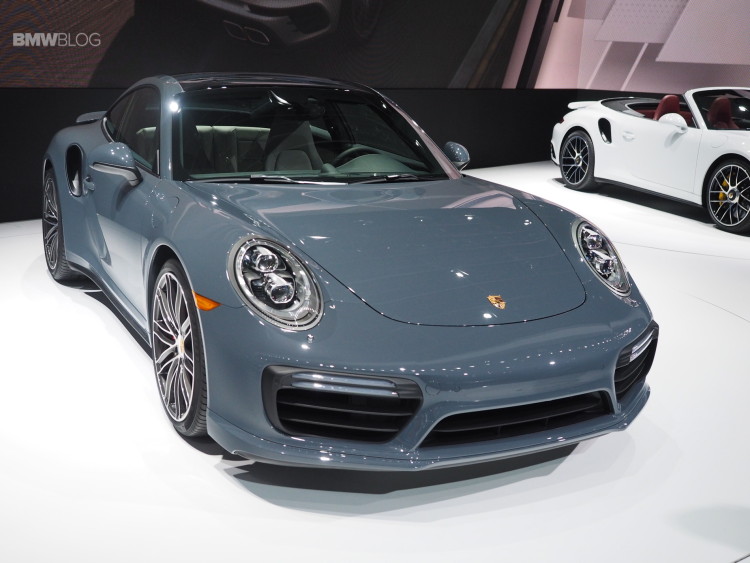 The 911 Turbo and Turbo S are easily recognizable, with unique front and rear fasciae, angular quadruple tail-lights, and 20-inch wheels. The interior is improved as well, with a new infotainment system, a “GT” steering wheel and upgraded instrumentation. 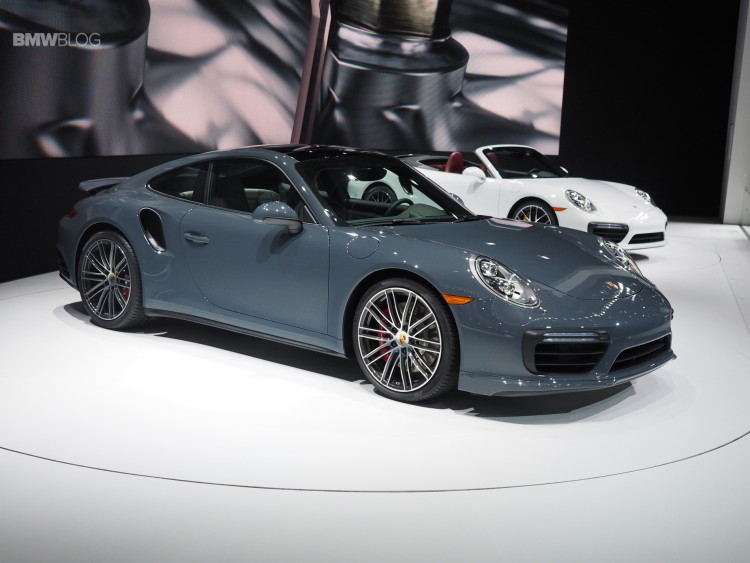 You can get both the Turbo and the Turbo S as a convertible as well. 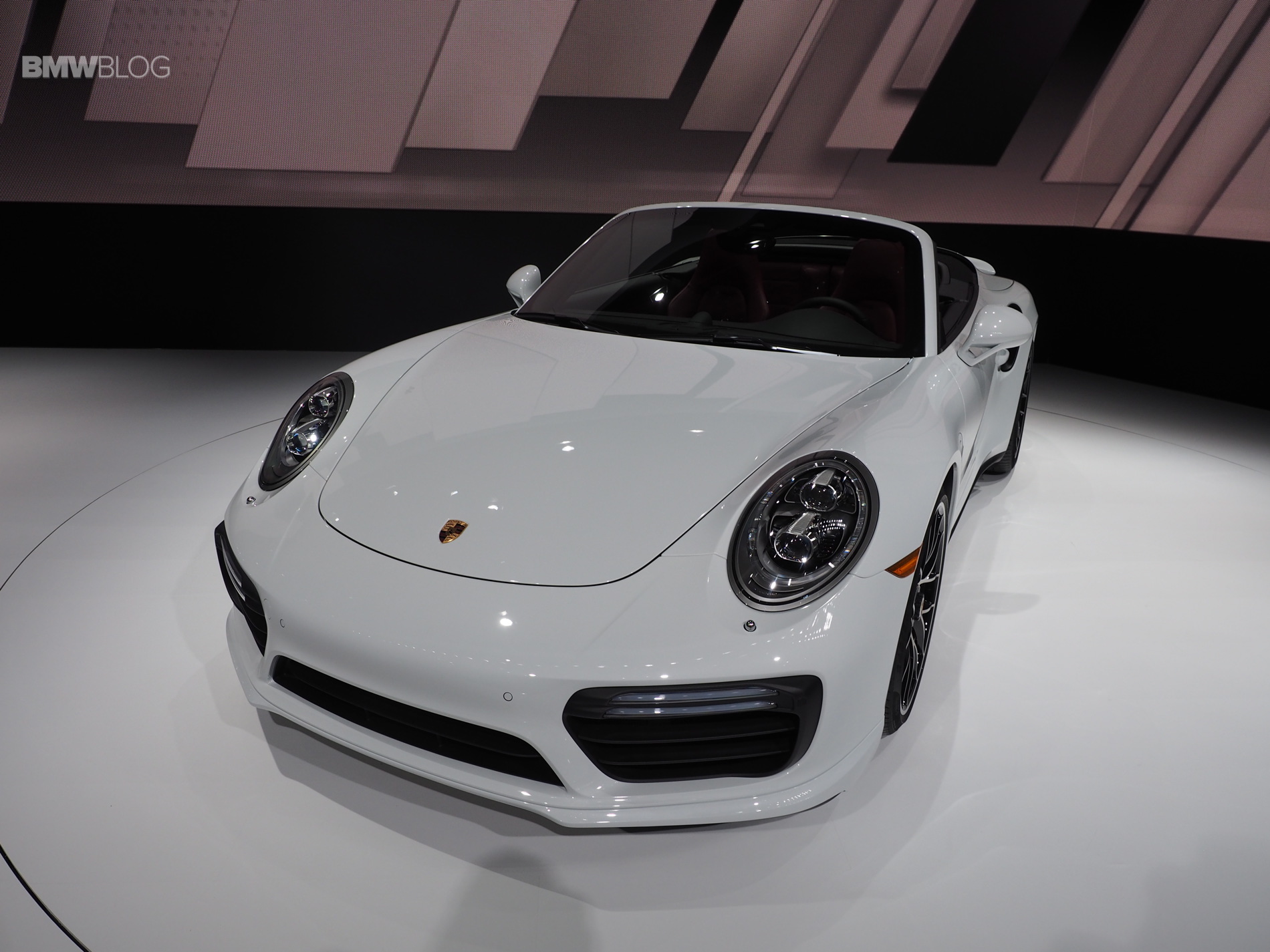 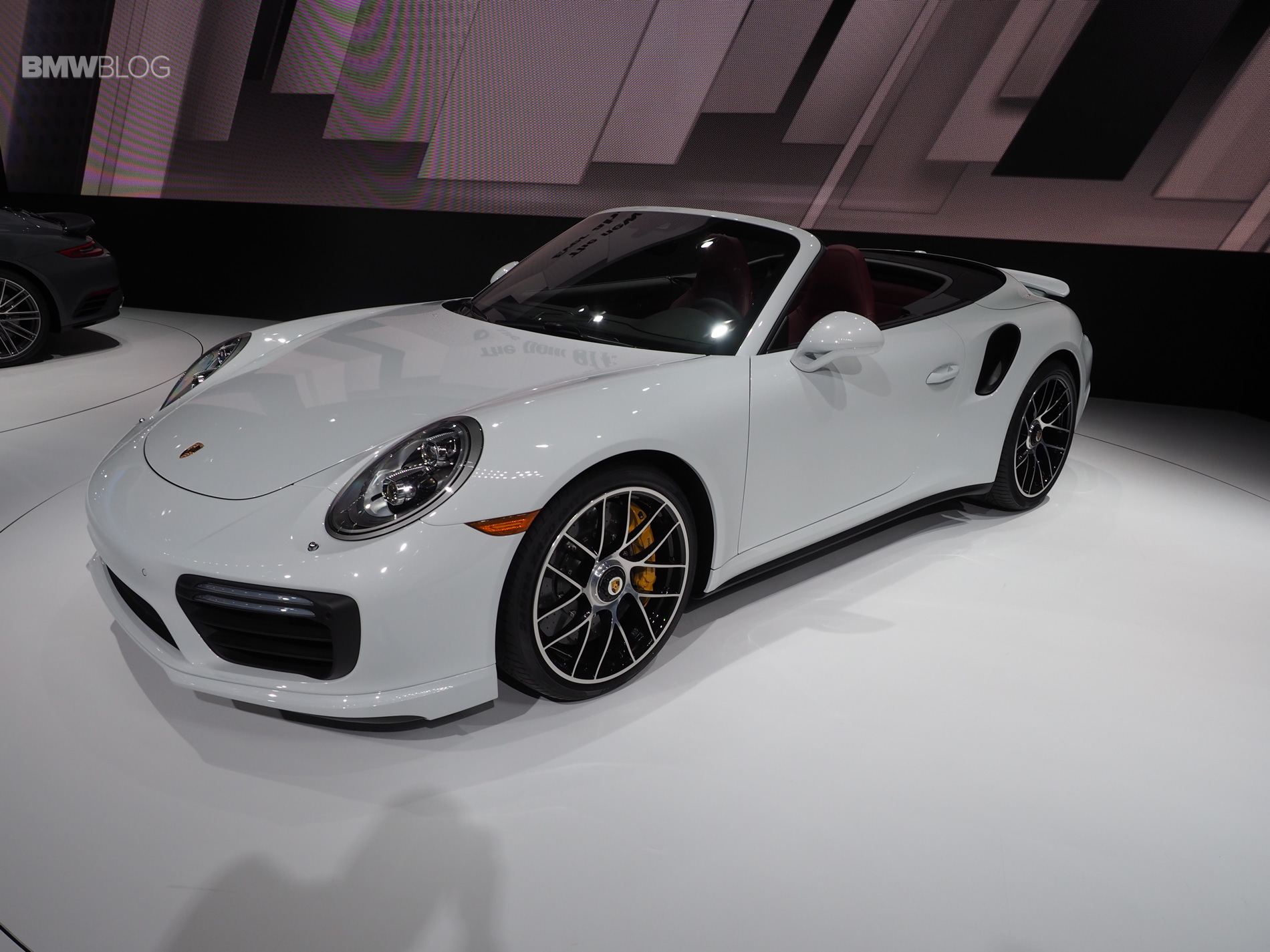 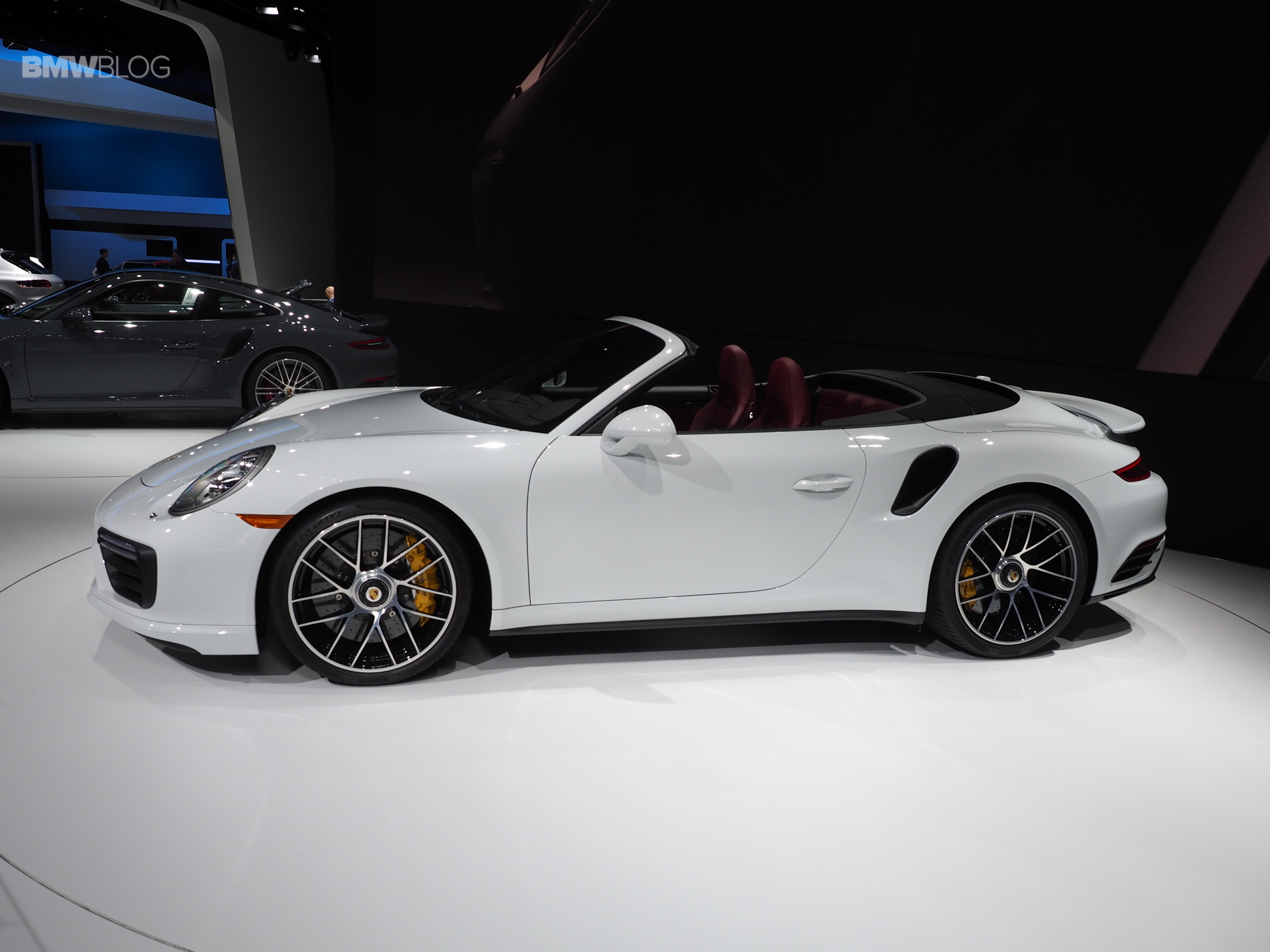 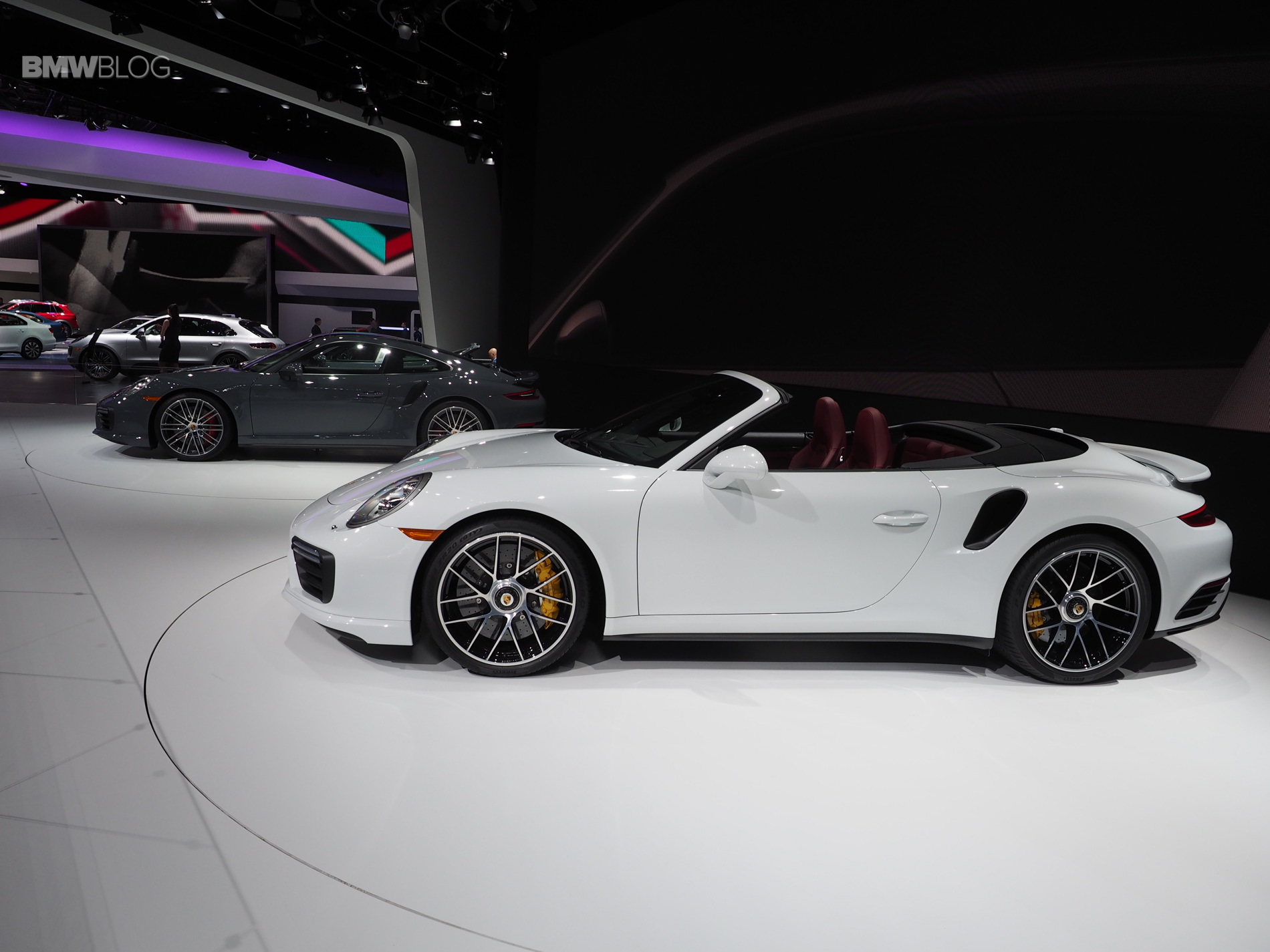 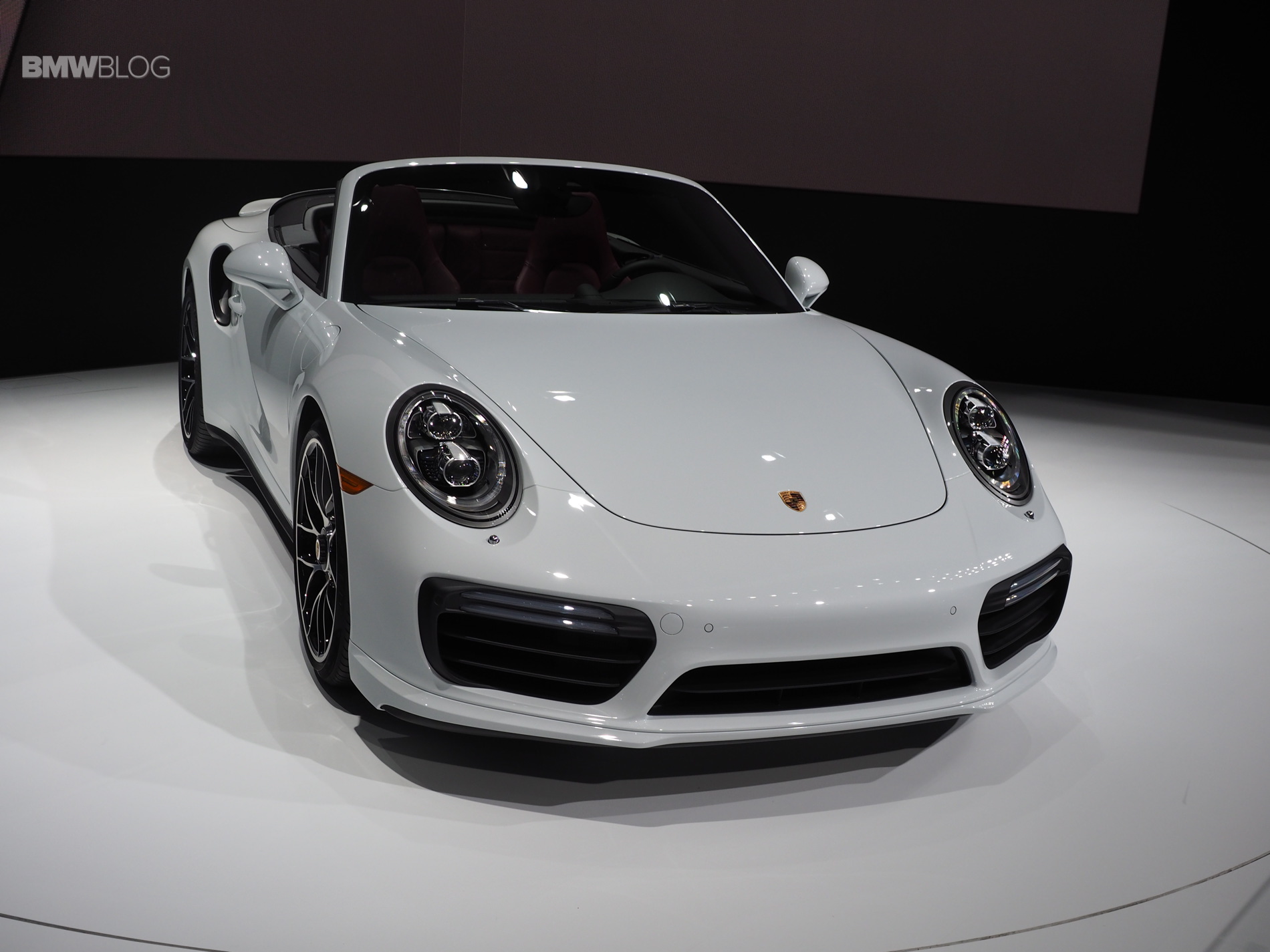 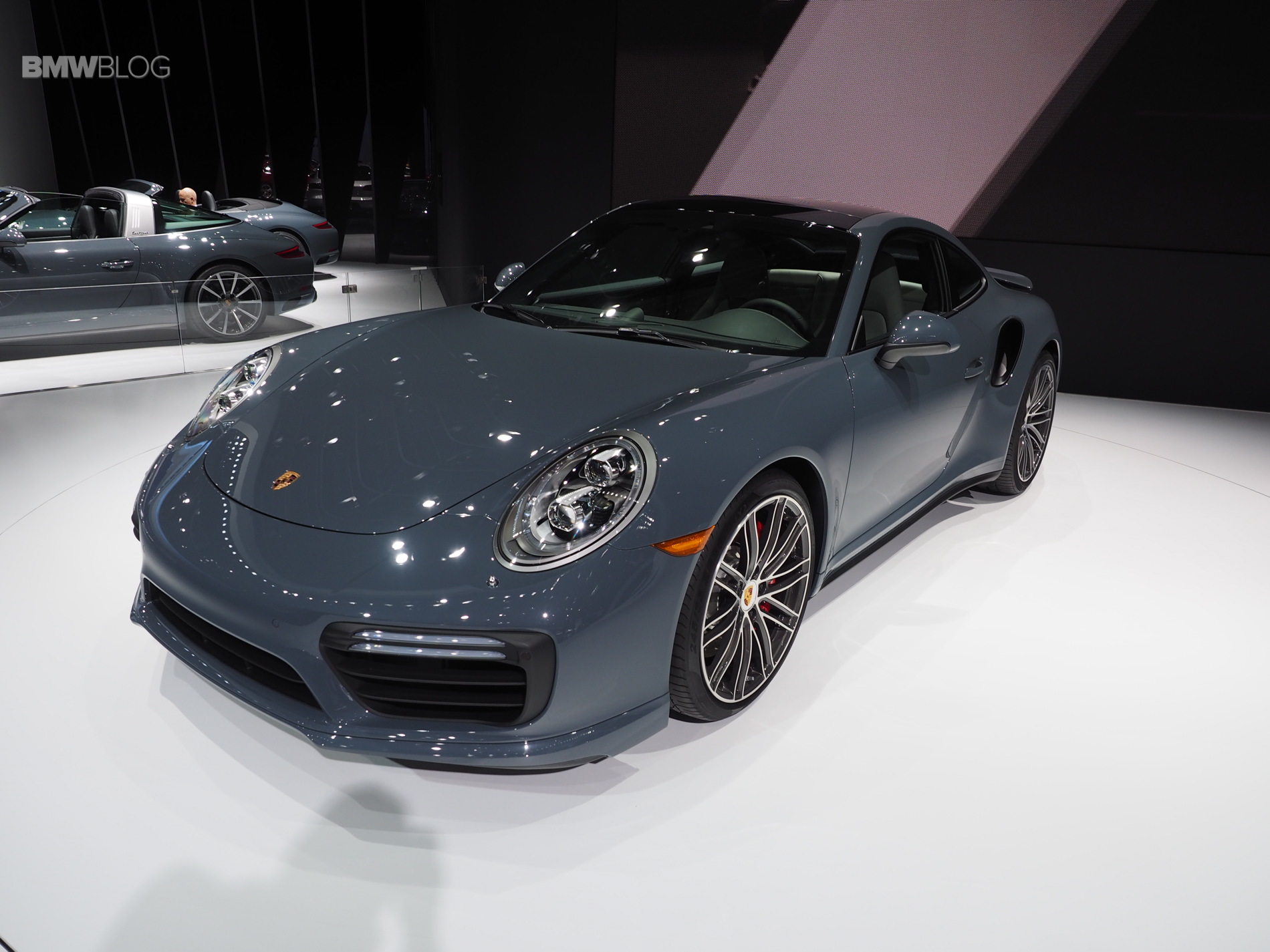 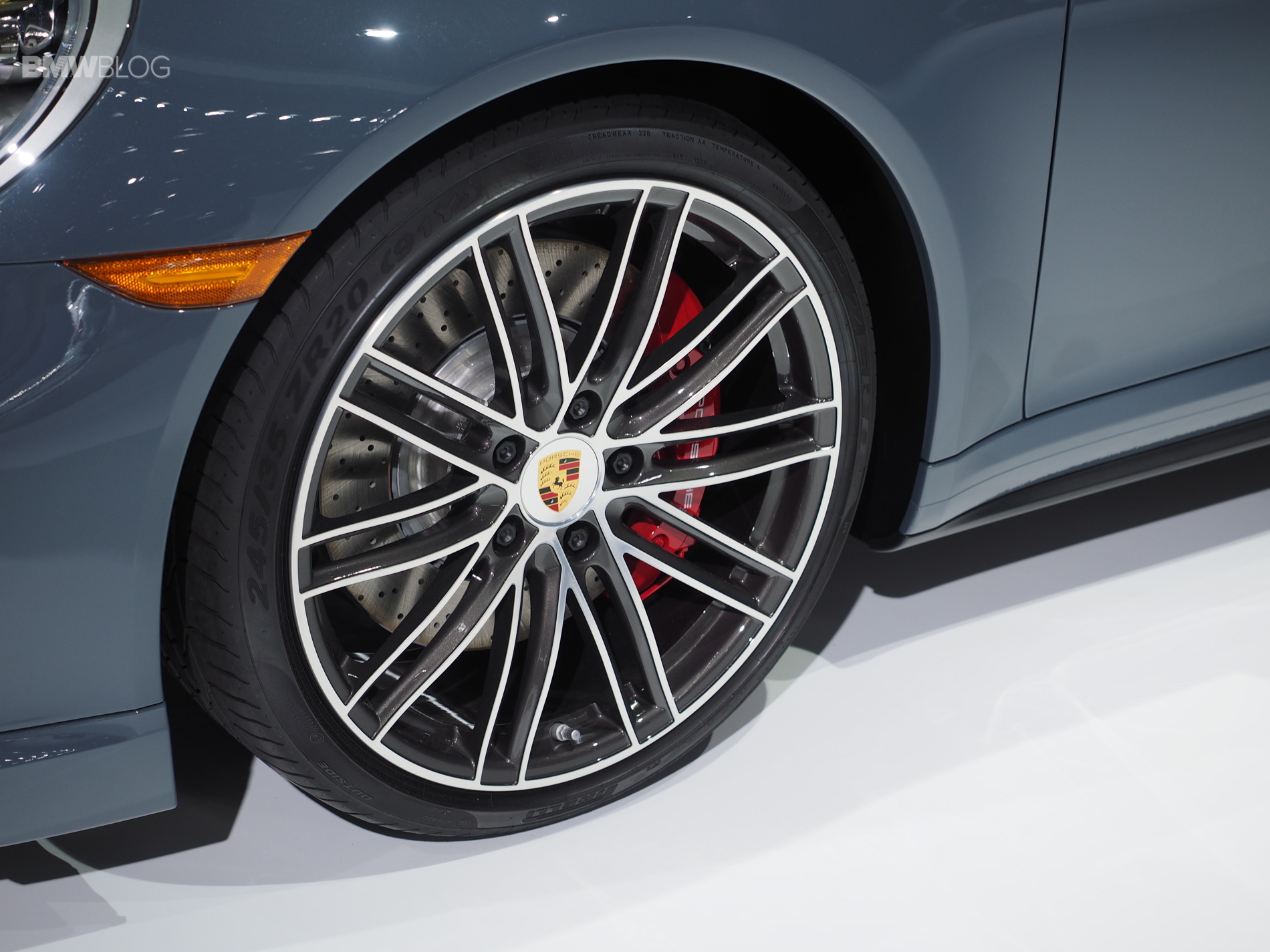 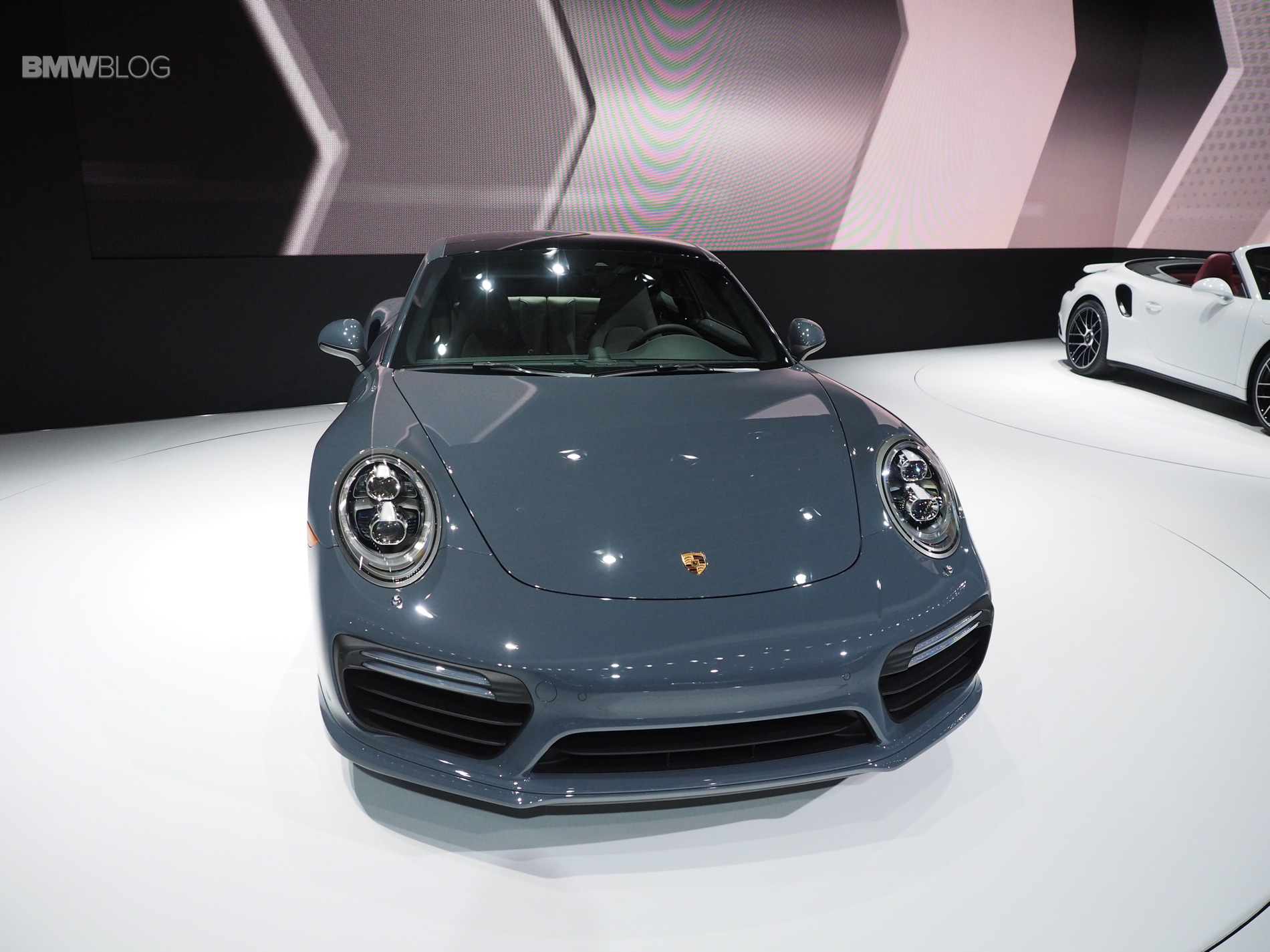 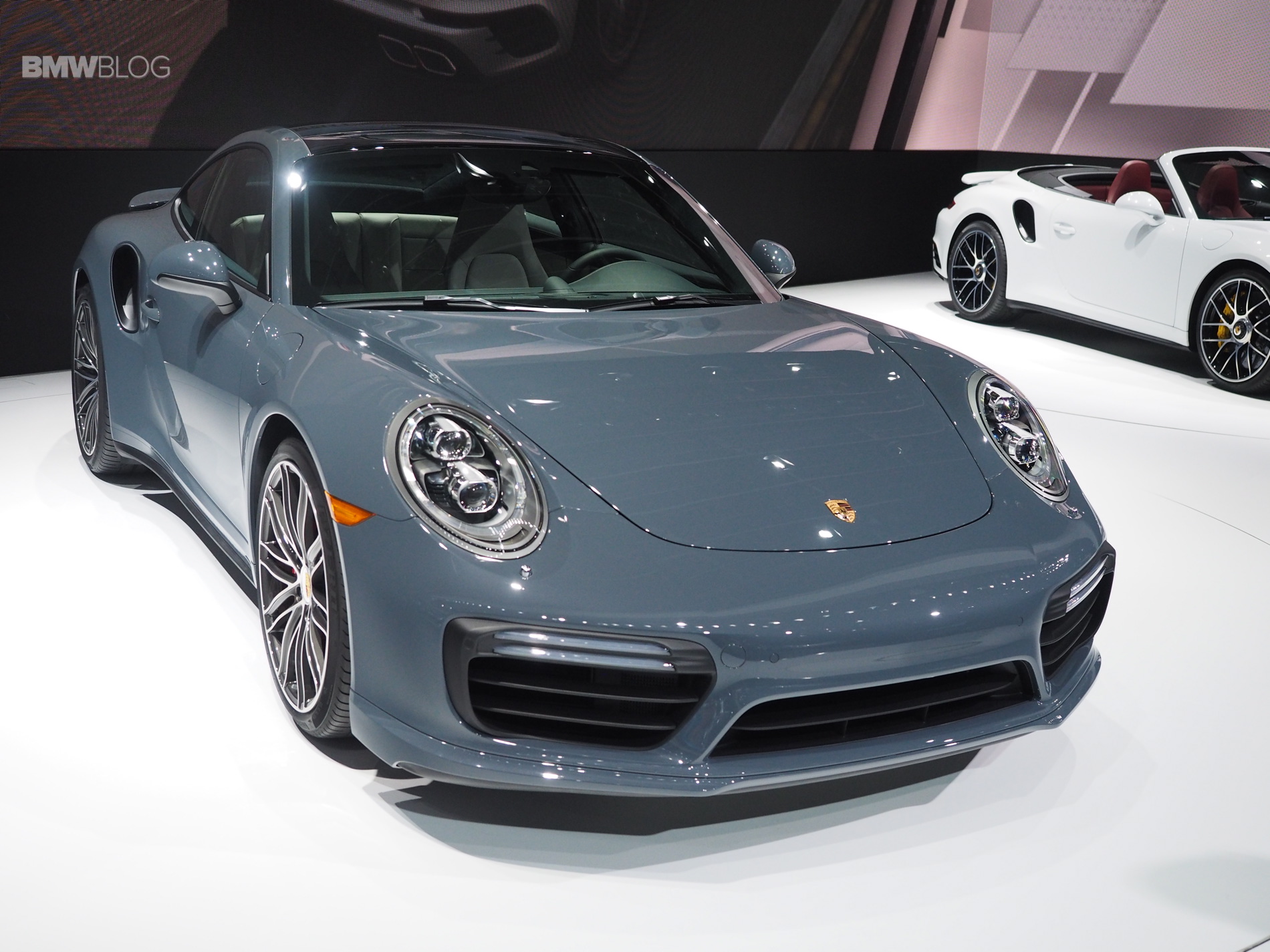 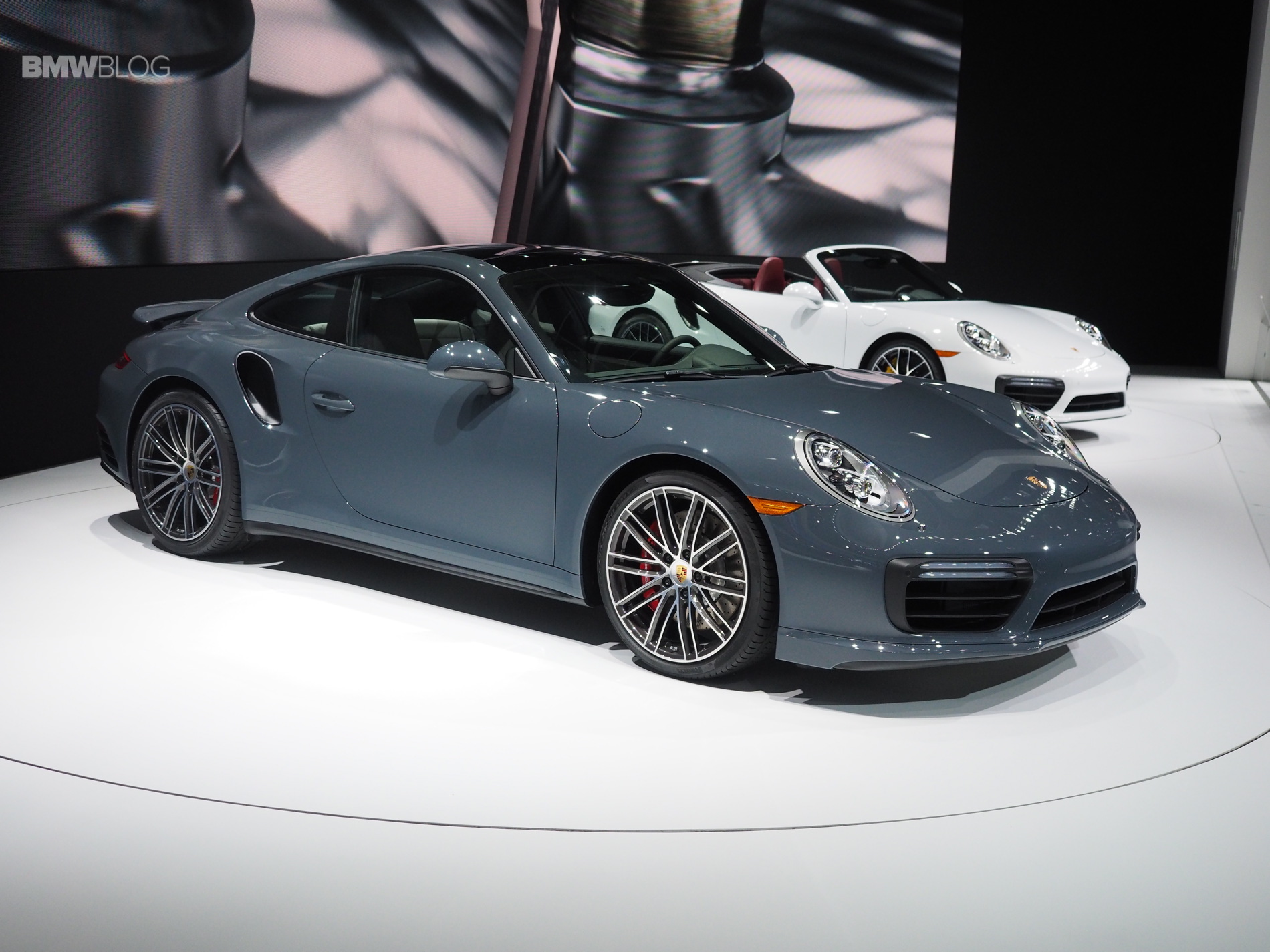