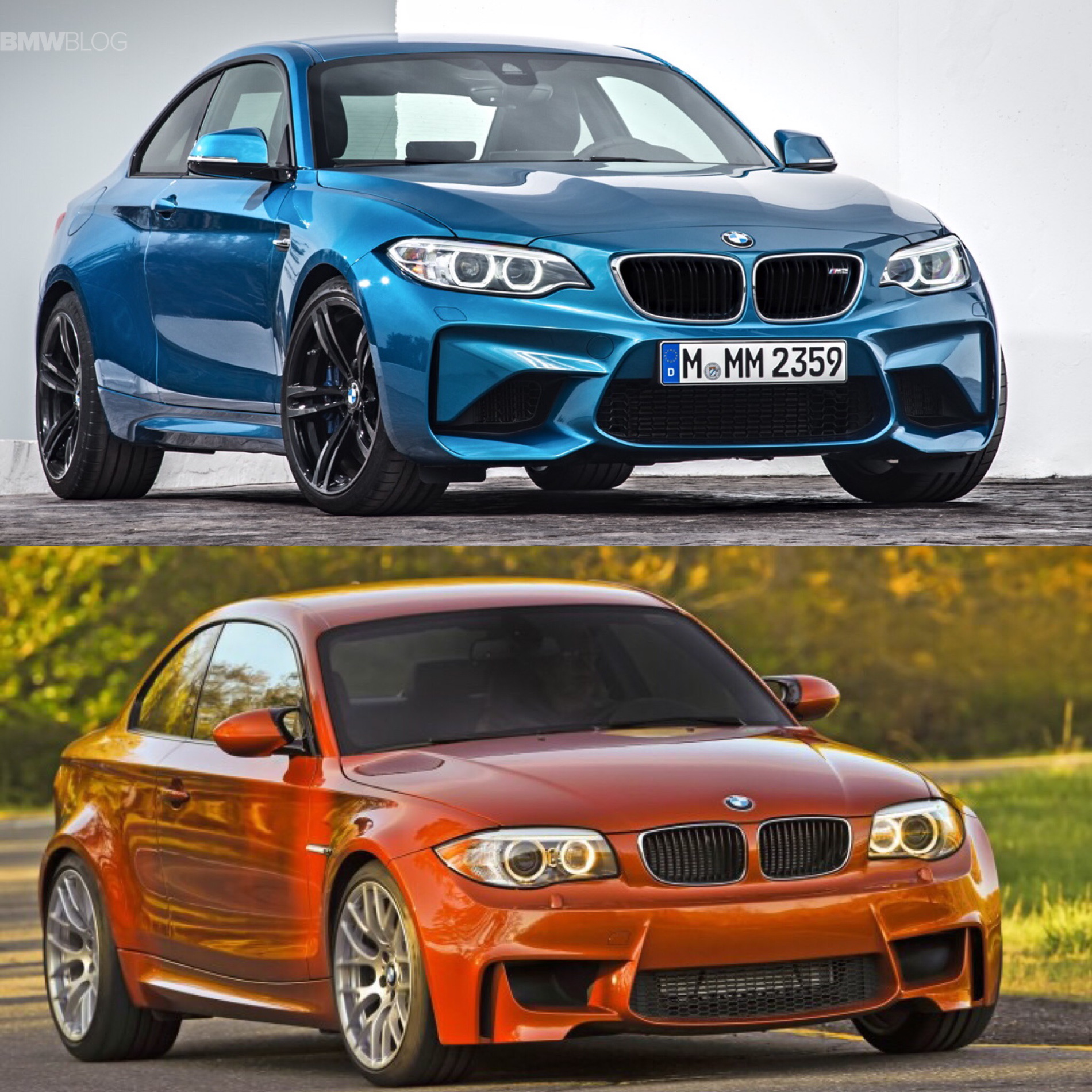 The new BMW M2 is looked at as the spiritual successor to the BMW 1M and even the E46 M3 of many years ago. Ever since the limited 1M came to market, those that missed out on the super sporty compact coupe have been craving for a worthy replacement – and now BMW has just delivered that. While not as in raw as the 1M, the new M2 brings modern tech and racing DNA to – what could become – the perfect compact coupe. 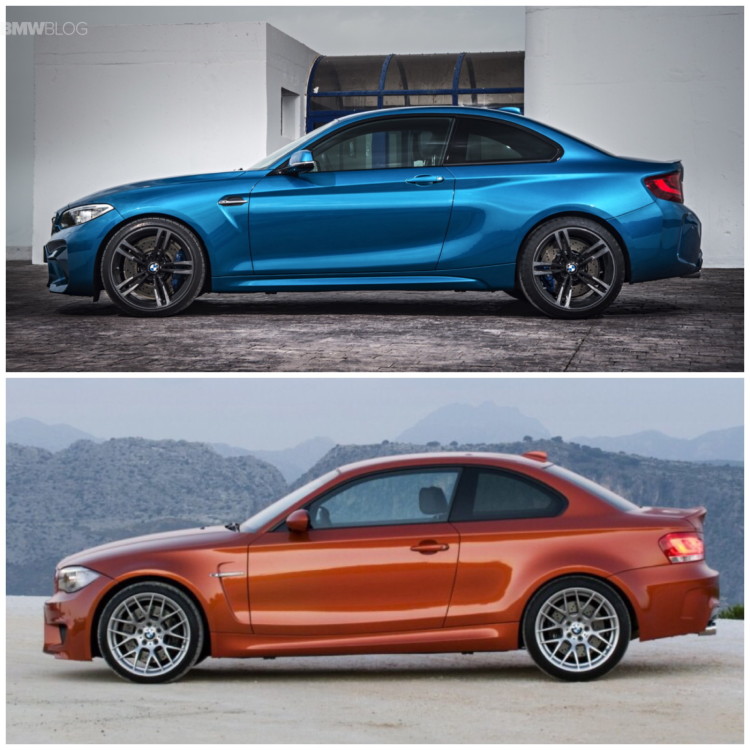 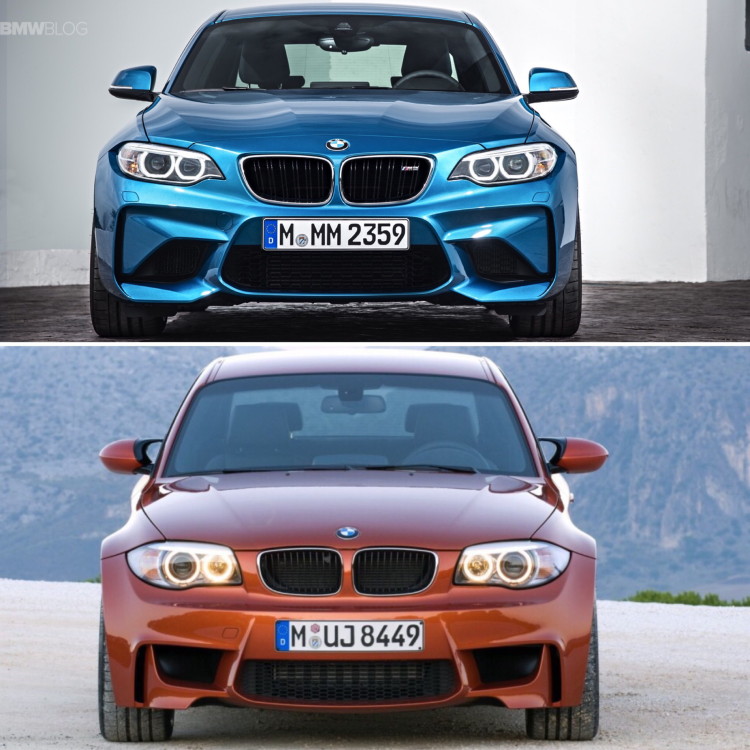 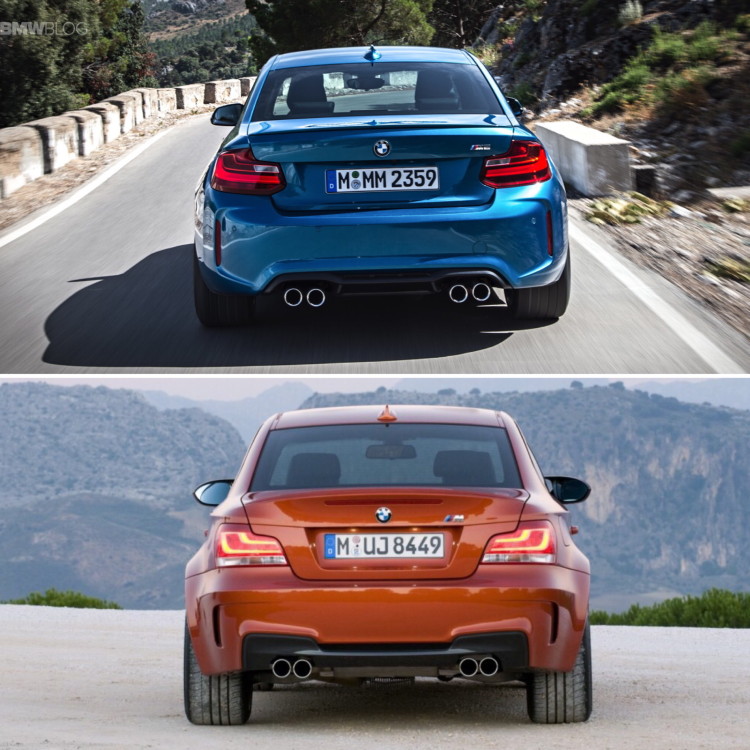 In comparison, the 1M weighs 1495 kg / 3296 lbs which puts it at the same level as the M2, but with less standard options and tech. BMW went through great lengths to lighten the chassis of the M2 by using aluminum everywhere it could. The control arms, wheel carriers, axle subframes and stiffening plate of the double- joint spring-strut front axle weigh five kilograms less than would be the case with a conventional steel construction. Further weight savings are provided by the aluminum suspension struts and tubular anti-roll bar. So we have a slightly bigger car with more technology, yet weigh the same as the 1M? We can say that BMW has a proper 1M successor on their hands. 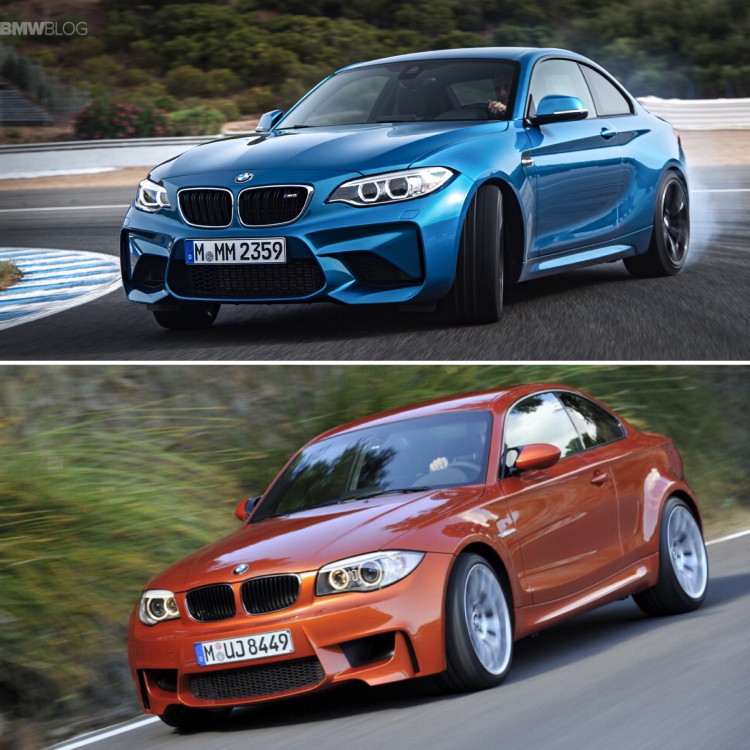 The M2 has gone back to basics, but has added a modern twist. It uses a brand-new six-cylinder in-line engine, with M TwinPower Turbo technology and three-liter displacement, develops 272 kW/370 hp with peak torque of 465 Nm / 343 lb-ft. Peak torque can be increased to as much as 500 Nm (369 lb-ft) in short bursts under overboost. The 1M is powered by the N54 twin-turbocharged 3.0-liter I-6 engine. For the 1M, the turbocharger, exhaust system, and ECU have been revised to produce 340 horsepower and 332 pound-feet of torque, though up to 369 pound-feet are available temporarily in overboost mode. Redline is found at 7000 rpm. The rear-wheel drive layout and manual gearbox (only that gearbox was offered for it) made it accelerate to 100 km/h (62 mph) in 4.9 seconds. 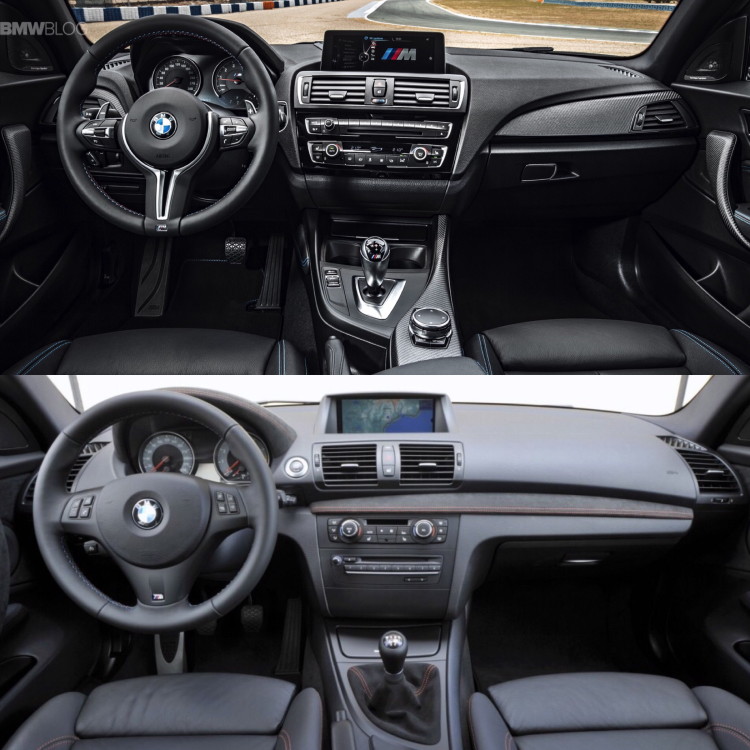 BMW's new M2, with the optional M Double Clutch Transmission (M DCT) in place and Launch Control activated, sprints from rest to 100 km/h (62 mph) in 4.3 seconds (4.5 s with the six-speed manual gearbox). Design wise, both coupes stand out with their flared fenders and aggressive body kit, especially the front fascia and its large air curtains. BMW has taken the M235i, beefed it up, added a few aerodynamics elements to turn into a monster track car. With the M2 not being as limited as the 1M we expect to see more of those on the roads, which can only make the 1M owners happy since their car's value is likely to go even higher. Click below for more comparison photos: [gallery]
Facebook Twitter Email