We went to Germany to test drive the Porsche Cayman GT4 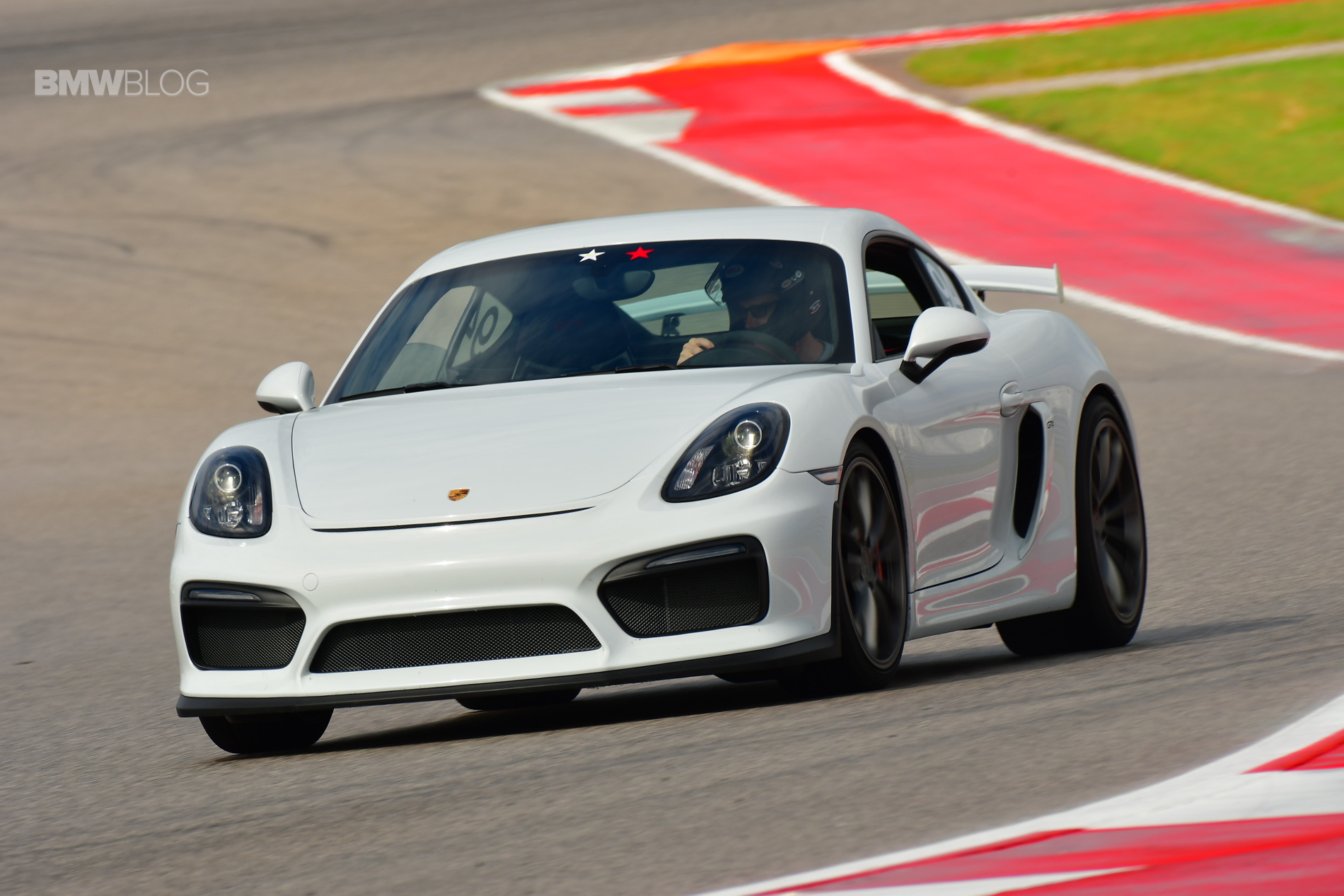 The Cayman GT4 – the car every Porsche enthusiast wanted, but was never supposed to be built. To be sure, Porsche’s entry-level sportscar possesses amazing balance, exceptional dynamics, and feel but it would never have more power than the base 911 – let alone 380 horsepower – they said….. Until now.

We were lucky to journey to Stuttgart, the home of Porsche (and Mercedes) to collect our new GT4 and experience it as it should – on the Autobahn, twisting roads of the Black Forest and on the Nurburgring (with a detour on the drifting/autocross course nearby).

In short, the GT4 is a revelation – one that starts with when you open the door and meet the purpose built, hardback carbon fiber buckets. They look a bit…harsh, but once you climb in they envelope you, positioning you perfectly so you can get down to business. But before you twist the key, you need to remember to depress the clutch — yup, this is no PDK but a proper three pedal with a good old short throw gear shift and firm clutch; gone is the vague feel of the 7 speed three pedal of the 991.

Now, twist the key and things get interesting, the engine comes to life with an deep exhaust burble unlike any flat six we have ever heard, and we haven’t even gotten started. So, we press the clutch and shift into first and off we go – the engine pulls strong with nice torque at the bottom end of the range and linear power throughout the rev band. Shifting into second gear is quick and certain and we have to remind ourselves that the GT4 is new and while Porsche bench tests all of their GT engines, we still need to bed in the brakes and all of the other components to ensure a long happy life for our new addition.

We leave Stuttgart for a long drive to Munich to meet some friends – a mix of autobahn (with and without traffic) and side roads ensured both the GT4 and we were settled in. After a few hundred kilometers, we started to run the engine deeper into the rev range and get a bit more into the brakes – at every step, it never missed a step. Even in construction zones and at a crawl for kilometers at a time, the GT4 felt like an old shoe – comfortable and capable. Except for the smallish fuel tank that required us to fill up more often than we would have preferred, the smiles kept coming – especially running in sport mode where we sometimes giggled when we downshifted with a perfect blip and a nice bit of backpressure popping through the sport exhaust.

After a day in Munich, we set out for the Nurburgring to see how the GT4 would handle the famed Green Hell…. As the kilometers mounted, so did our exploration of the rev range – even managing to hit redline in 6th gear a few times – all perfectly legal!!!

We got to the ‘Ring Saturday night where we had a room at the PistenKlaus – the trusty old hotel within a stones throw of the ‘Ring to ensure we were there right when it opened. To say we were rested the next morning would be a stretch as the anticipation of an assault on the ‘Ring certainly made it hard to close our eyes…

The next morning we ventured to the “Ring” bought our tickets and were one of the first ones out – with most of the track to ourselves to explore the GT4 and its capabilities. And what a run it was. Little traffic and capable and fast colleagues allowed us to push -hard – and proved that the GT4 is not only fast, but tossable and a force to be reckoned with. After a few laps, we brought her in to check tire pressures and plan the next adventure out. Unfortunately, a bit too much Red Mist visited the Green Hell with accident after accident closing the course down for hours on end. Every time we started, it would not be long before another car crashed.

BUT we had a backup plan – a friend of ours had an autocross and drifting course not too far away – and luckily, it was unoccupied so off we went to experience the GT4 in yet another light.

As we arrived, we had the option of hitting the autocross course, the skid pad or the drifting circuit – we chose all three, starting with the autocross course where we explored the limits laps after lap after lap. After taking a few thousand miles off the tires, we decided to try our hand at some drifting. But that’s a story for another day…

Elizabeth White is the CEO of ItsWhiteNoise.com, a social community for select automotive enthusiasts.