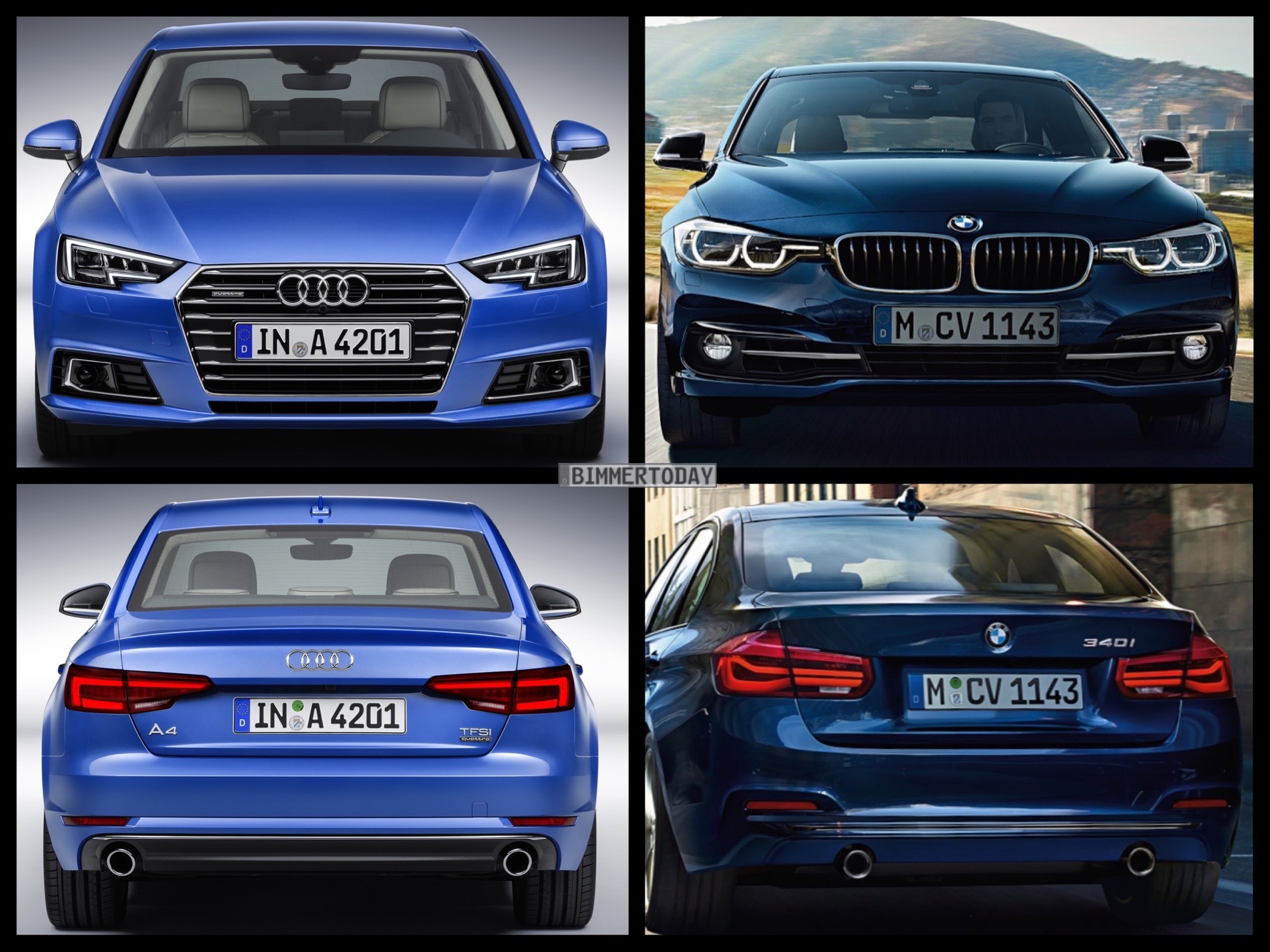 BMW 3 Series gets a new opponent: At the 2015 Frankfurt Auto Show, the new 2017 Audi A4 will make its world premiere. The Ingolstadt-based company released the first information and official photos of the middle-class premium sedan and touring.

The design of the new A4 remains true to itself and it’s an evolution of the current generation A4. It is more aggressive than its predecessor and looks much tighter. Safe or not, it’s definitely an improvement. Though, it’s the interior that gains the biggest improvements. With air vents that spread across the entire dash, reminiscent of German cars in the ‘70s, very simple aluminum touch-sensitive dials and tastefully placed wood trim, the new A4’s interior is a clinic in refined German simplicity. 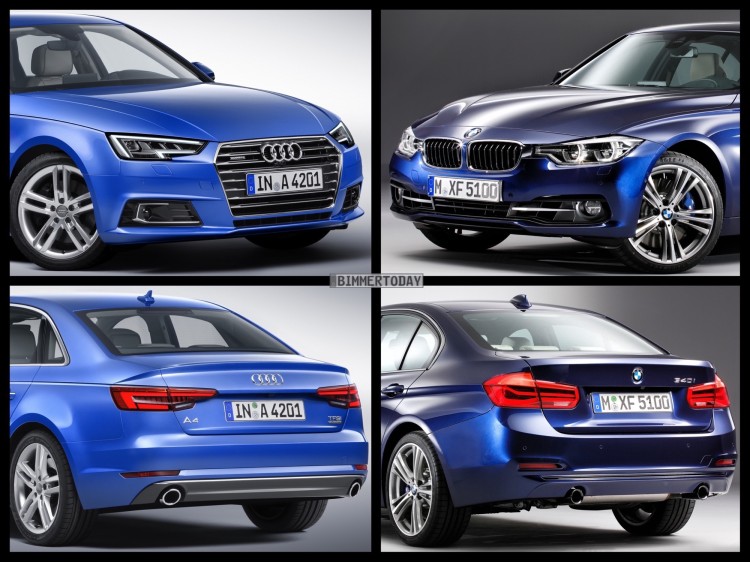 The fifth generation A4 uses the second generation of the Modular Longitudinal Platform (MLB) and should be up to 120 kilograms lighter than its predecessor. 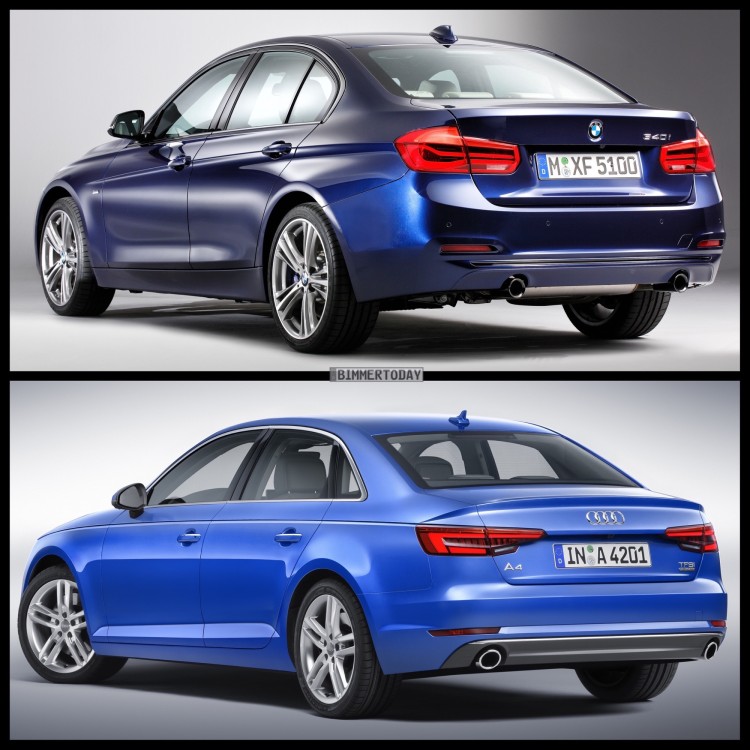 The A4 will pack a trio of 2.0 liter turbocharged four-cylinders. Two will be petrol-powered while the other will be an oil-burning diesel. The two gas engines will come in 190hp and 252hp flavors, each packing 236 lb-ft and 273 lb-ft of torque, respectively. The diesel engine will have 190hp as well, but pack 295 lb-ft punch of torque. The base engine will be available in front or all-wheel drive, while the more powerful petrol and diesel engines will most likely be Quattro all-wheel drive only. The only gearbox to be mentioned is Audi’s seven-speed dual clutch S-Tronic, but likely a manual will be offered as well. 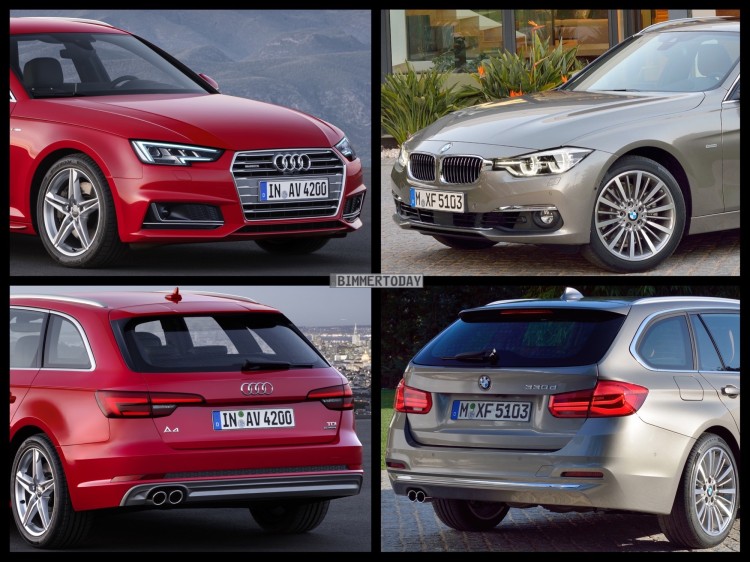 Depending on the engine of choice, fuel consumption is up to 21 percent more efficient compared to the previous generation.

At the market launch in October, Audi will also offer the A4 Avant in addition to the sedan to take on the BMW 3 Series Touring. The combination provides a standard class load volume of 505-1510 liters, the BMW is 10 liters behind those values. 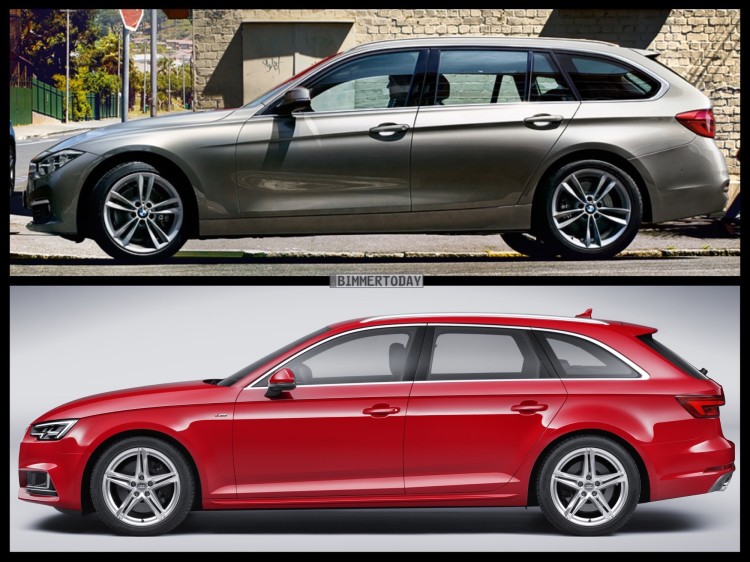 Here is a photo comparison of the two competitors: 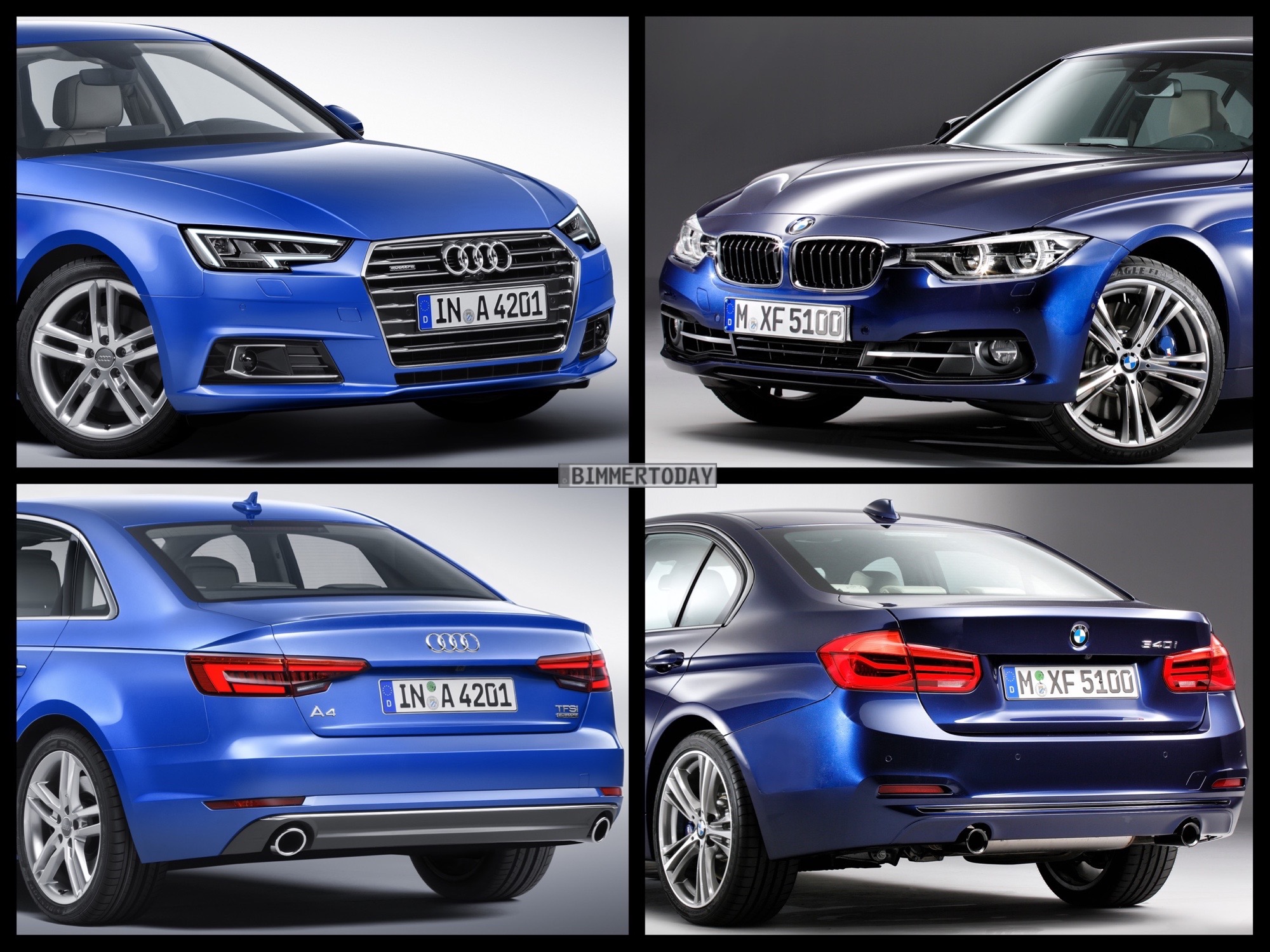 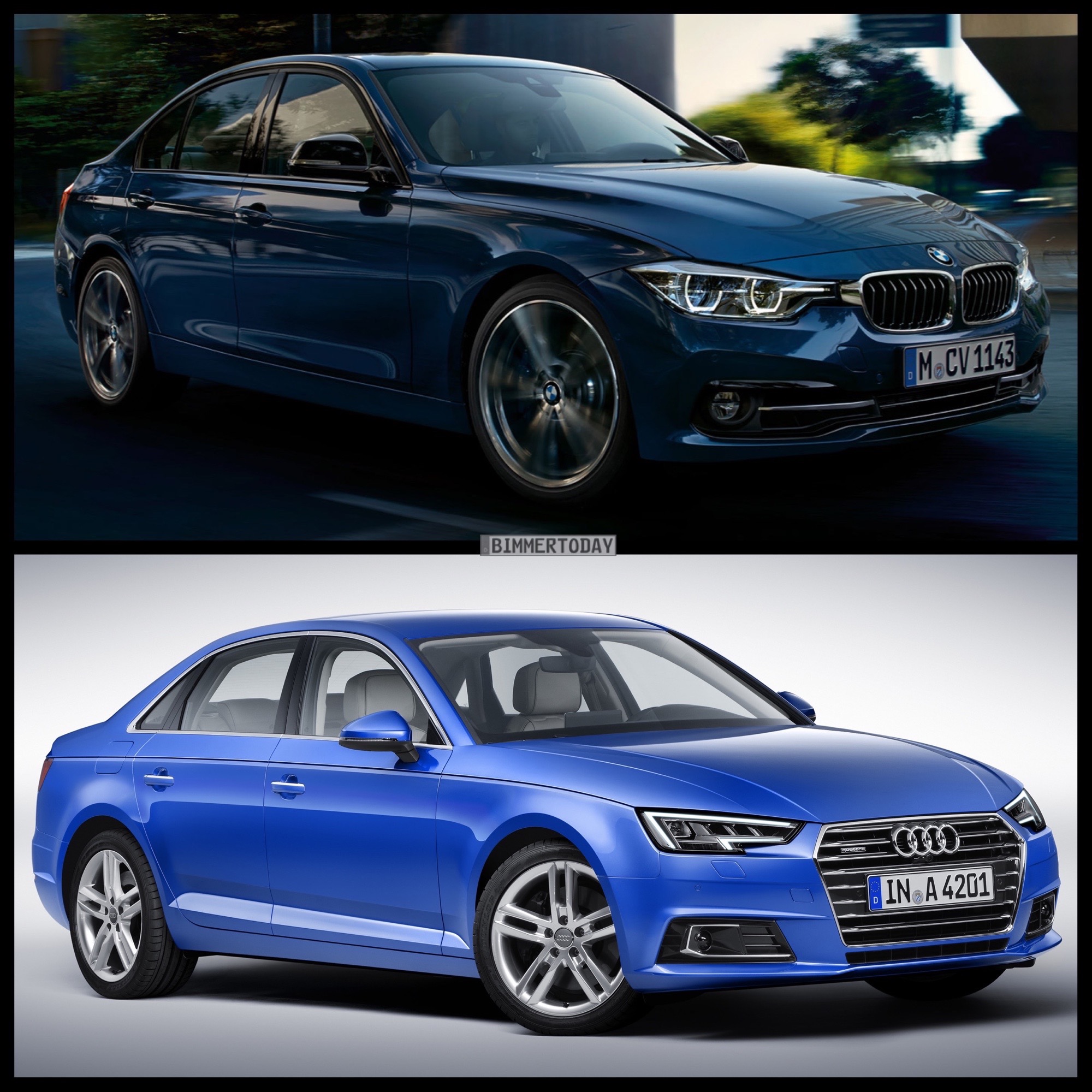 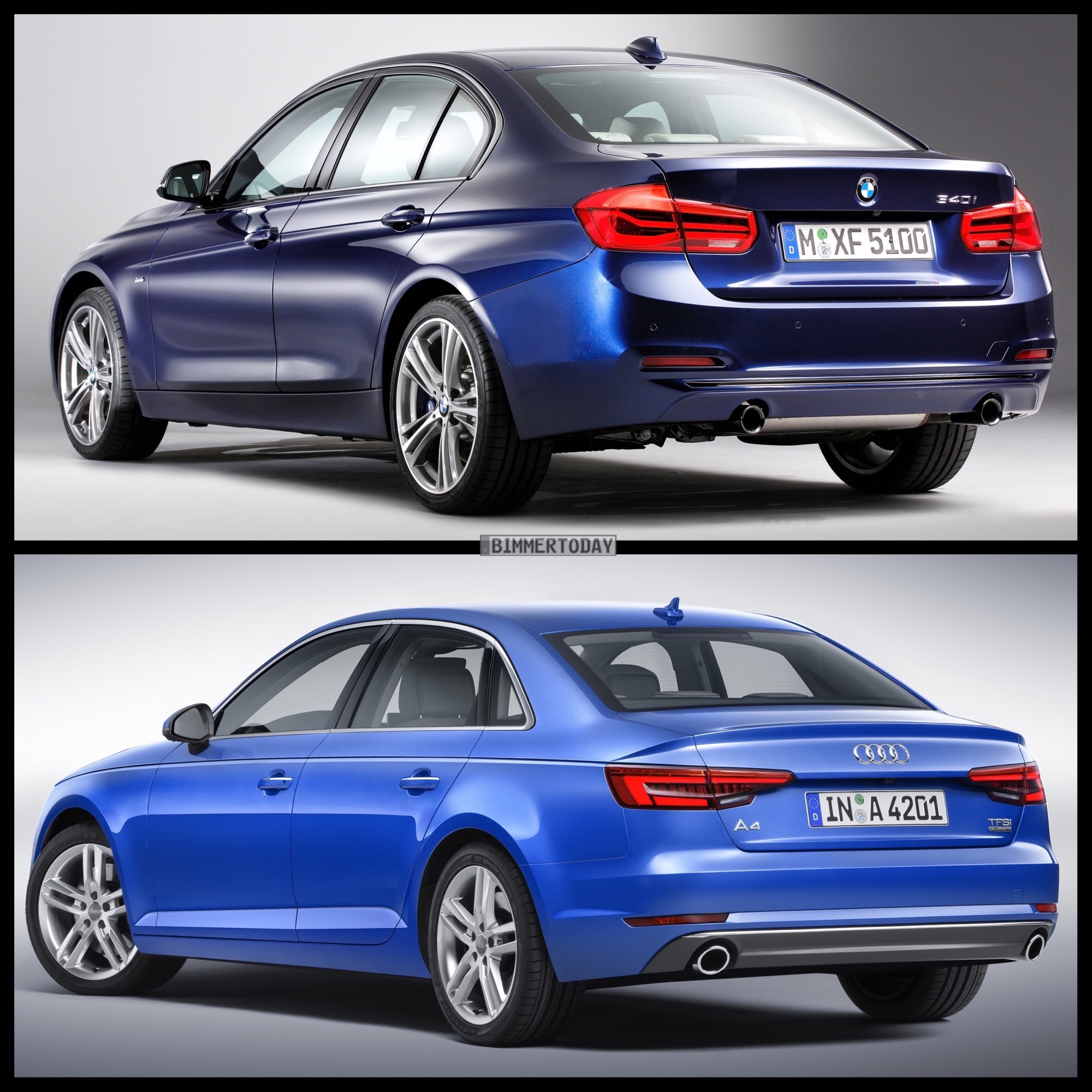 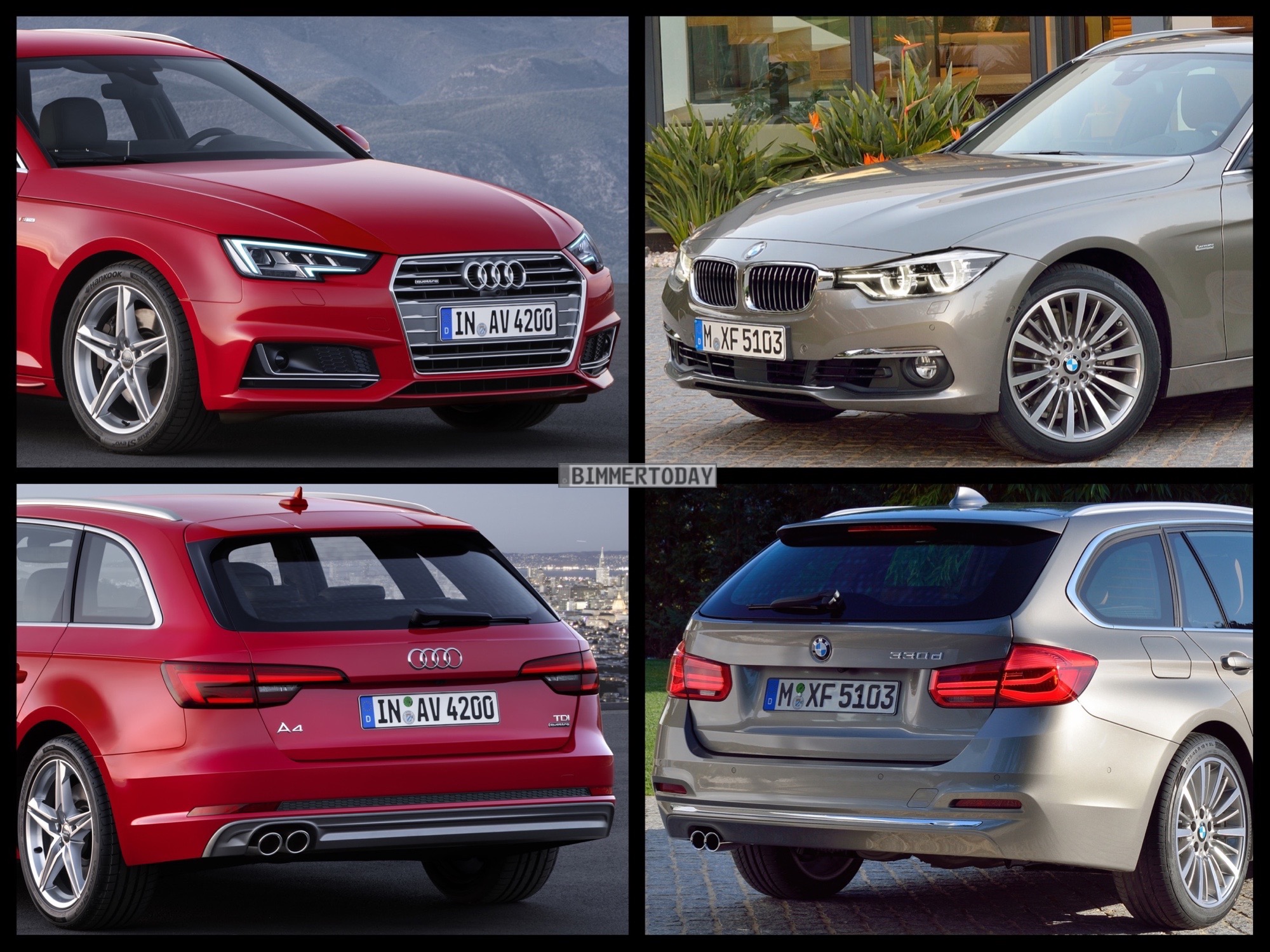 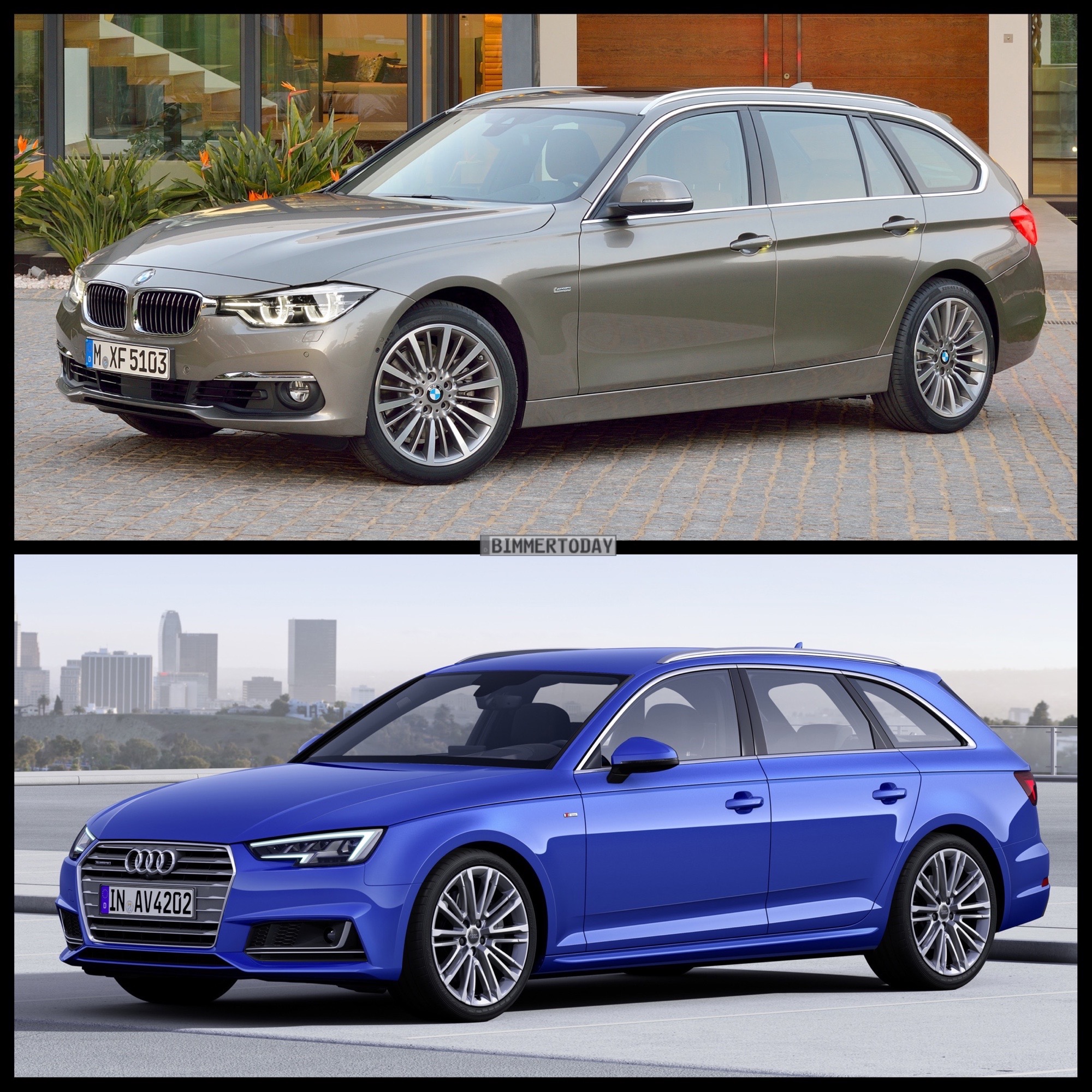 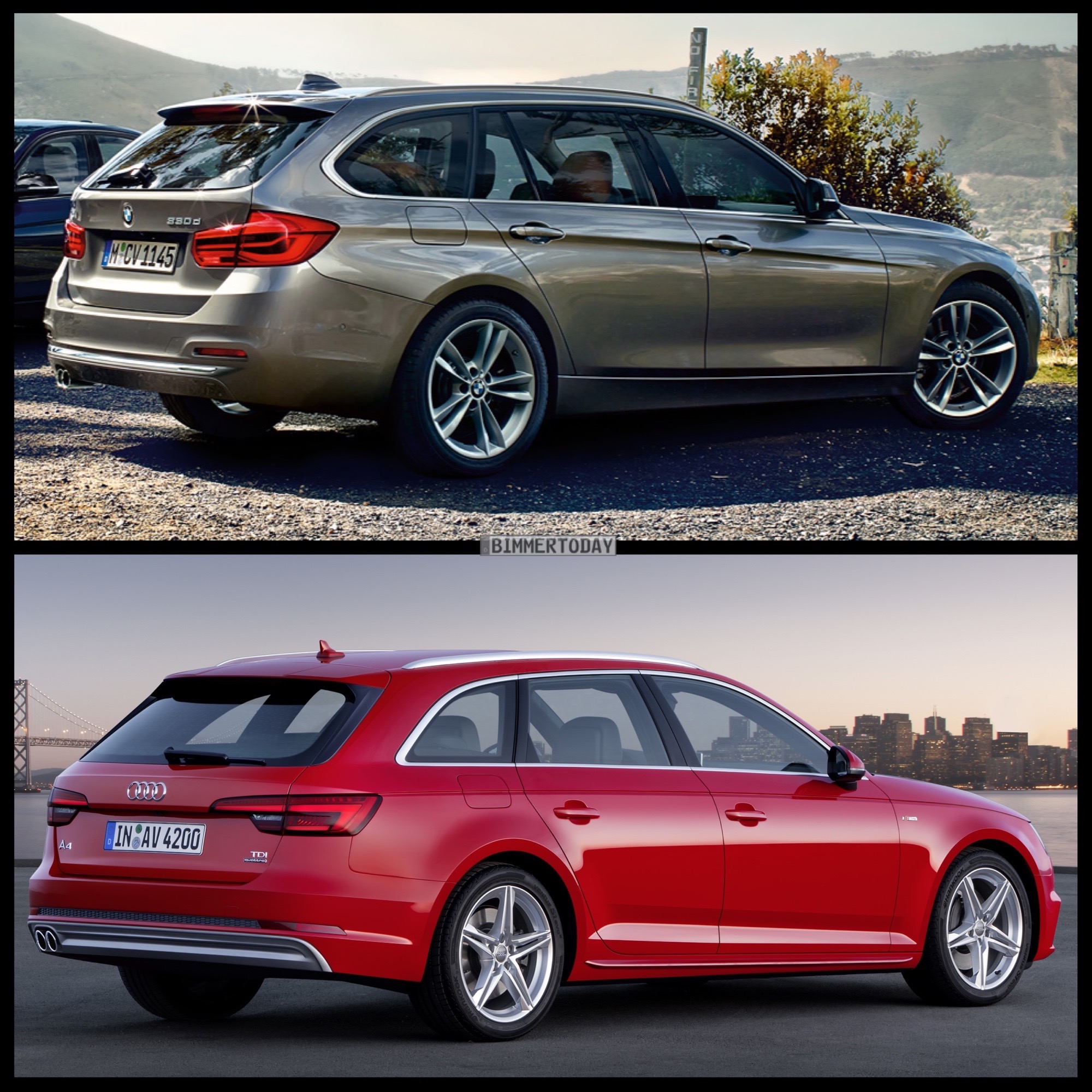 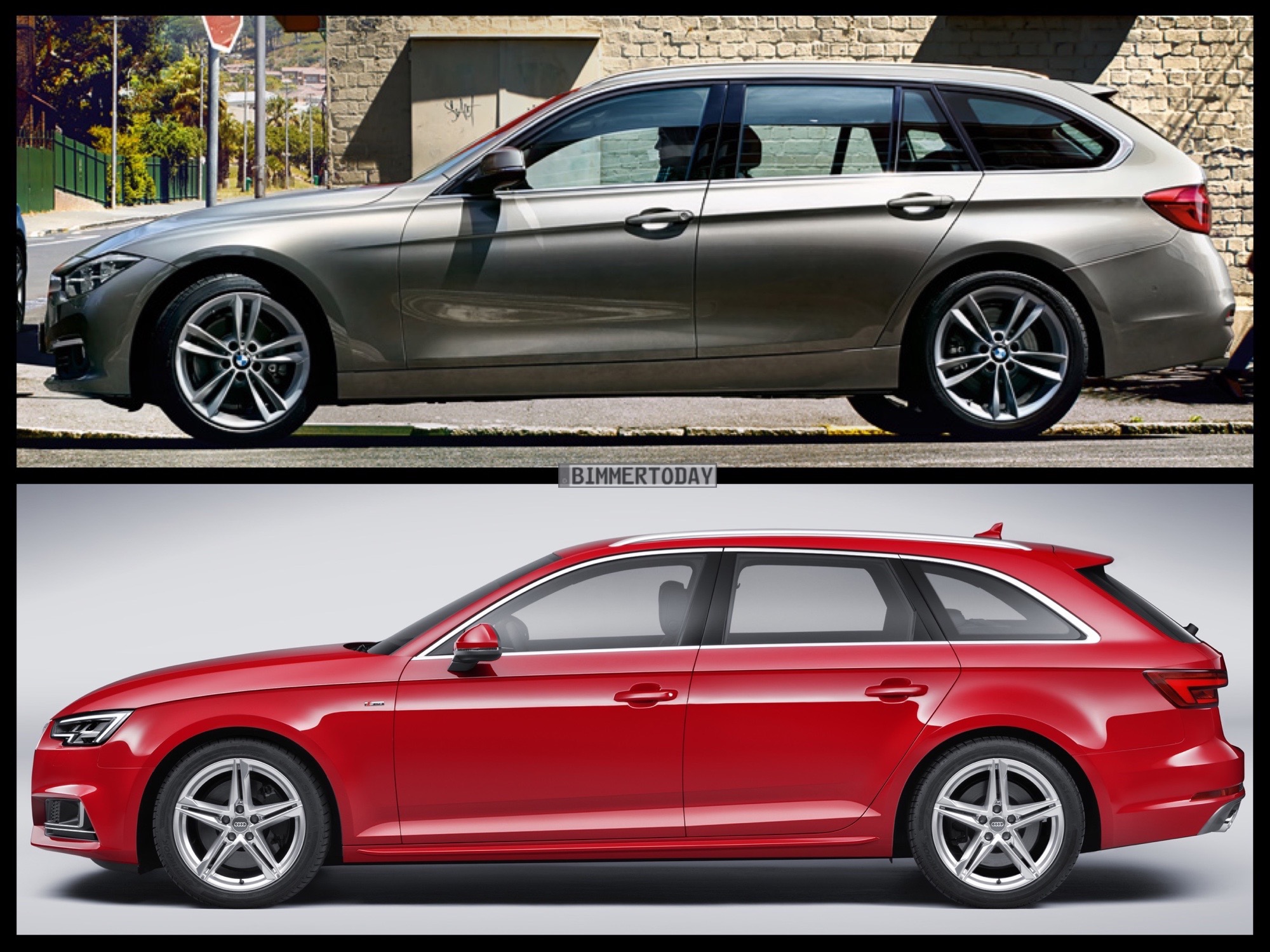