Home » The Evolution Of BMW Keys 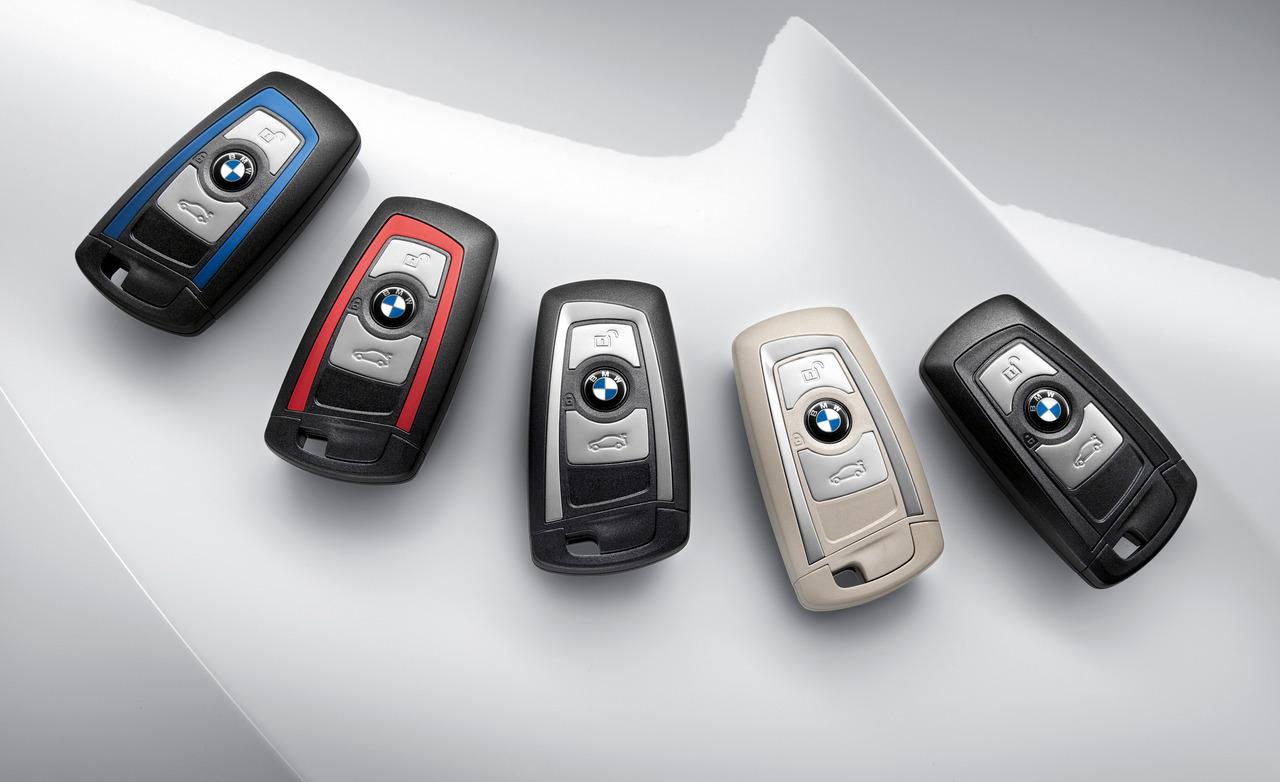 As time moved forward technology seems to advance at an incredibly rapid pace, especially the manner in which we control it. The telephone was a monumental achievement and a its invention was a turning point in history. But now, we have smartphones that control every aspect of our lives and it seems second nature. Almost every electronic component in our lives can be controlled remotely. However, cars seem to be the only exception. Until BMW thought otherwise, of course.

The car key, a little sliver of metal which has been used to start cars for over a century, took literally almost one hundred years to actually take on a significant change. Up until the mid ‘90s, keyless entry wasn’t a common feature on even some of the more premium of cars. Even many BMW’s of the ‘90s needed a physical key to be inserted in the door to unlock it and then into an ignition to start it.

It wasn’t until the early 2000s that push button ignition became a viable feature in cars and even then it was few and far between. Recently, BMW completely revamped the automobile keyfob as we know it, with the i8 and 7 Series. Instead of it being just a physical instrument to start the car, it’s now an interactive remote control device.

Because of this, let’s take a quick look at the history of BMW keys, just to get an idea of the importance of BMW’s latest keyfob invention.

‘60s and ‘70s BMW keys, and pretty much everything up until then, were just little slivers of metal with no plastic case around the base.

They were just simple tools to get the car opened and started and nothing more. However, BMW did introduce a folding variant of this key, where the actual key would fold over the base to make it more compact and easier to store in a pocket. These simple keys lasted a while, and were basically the only kind of key you could get from any automaker.

But in the ‘80s, BMW started to regularly make keys with plastic cases around the base of the keys. This made them a little bit easier to hold and less likely to lose. It also made them look a little bit more premium, as opposed to something that could be mistaken for a bottle opener from a far. These cases had little holes for key rings and the BMW logo on them, which made them far more practical and better looking.

In the late ‘80s, keyless entry became a relatively common feature on the highest end luxury cars, so there were some BMWs that had separate remotes for locking/unlocking the cars. These were clunky black plastic rectangles with big square buttons on them. My parents actually had one and it looks completely ancient by today’s standards.

In the ‘90s, the standard BMW key wasn’t much changed, but there were a few with little light buttons built into the BMW logo on the base.

This would shine a small light out in front of the key, so as to not scratch your doors at night trying to find the keyhole. I actually still have one of these for my E36 and it still works. I’ve only had to replace the battery once. I also have one of the slightly improved remote bricks for its keyless entry. That no longer works.

But later on, as BMWs like the E39 and E46 models were debuting, keys with actual remote buttons built into them started being released.

Things pretty much stayed the same until BMW launched cars with push button ignition. The earlier BMW models with push button ignition required the rectangular plastic keyfob to be inserted into a slot in the dash. Only then could the car be started with a foot also on the brake pedal. This system improved to what is now known as the Comfort Access system, in which the keyfob never needs to leave the driver’s pocket. They simply walk up to the car, which detects the proximity of the key, and upon touching the door handle, the door unlocks. Once in the car, the keyfob still stays in the pocket and the can be started by depressing the brake pedal and pushing the Start button. This system is essentially the standard system in all new BMW’s.

That’s until the i8, and now 7 Series, debuted. With BMW’s latest keyfob, drivers will be able to control the usual things, like locking and unlocking the doors and trunk, but can also do extras like control the interior climate control system and check charging status on hybrid BMWs. All of this is done via an LCD touchscreen on the face of the keyfob. On the new 7 Series, with the exception of North American models, this new keyfob can even be used to remotely park the 7er, without even having to be in the car. Incredibly cool stuff and an industry first.

It’s amazing what BMW has been able to achieve with what we always thought was just a basic tool. What started out as a sliver of metal used to unlock and start a car can now remotely park one and check on its climate control systems remotely. It’s equally impressive as how far the telephone has come. Maybe even more so, because the telephone was invented for communication. The car key was just a tiny hunk of metal with zero alternative functions. Now it’s another remote control which can aid us in our everyday lives.