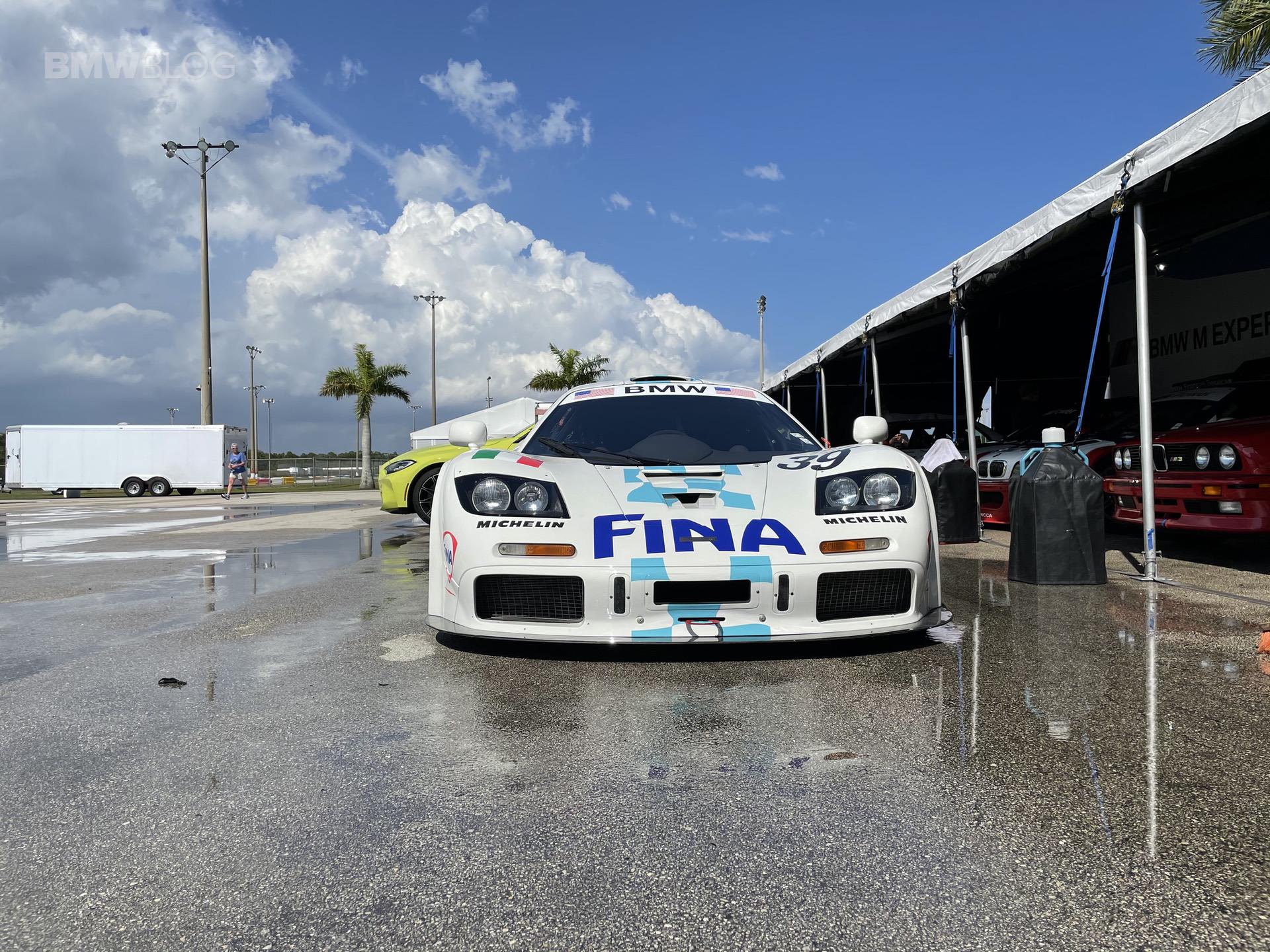 Bill Auberlen drives the McLaren F1 GTR at Mid-Ohio 2015 in honor of the last street-based GT car to win the 24 Hours of Le Mans.

The 1996 BMW Motorsport McLaren F1 GTR is the unicorn of racing cars. Gordon Murray is the man behind the McLaren F1. His creation was the fastest production car for almost a decade when it was surpassed by Bugatti Veyron, Koenigsegg CCR and SSC Ultimate Aero TT. However, unlike forced induction (turbo or supercharged) cars mentioned above, the F1 is still the fastest production car with a naturally aspirated engine which was unsurprisingly made by BMW.

Murray insisted that the car had a naturally aspirated engine to increase reliability and driver control, so he asked from Honda a 550 hp engine with a maximum weight of 250 kg. Back then, the combination of Honda and McLaren dominated Formula 1 so the requested engine was supposed to be derived from the actual race car.

When Honda refused, Isuzu was interested to provide their brand new 3.5 V12 engine that was being tested on a Lotus chassis. Nevertheless, the designers rejected Isuzu’s project so in the end BMW decided to develop the engine.

Dubbed S70/2, the engine was 16 kg heavier than 250 kg Murray had in plan, but it was also 14% more powerful, producing 627 hp. Although BMW was given very little time for production, the engine employed several features that were still experimental at the time, but now are featured in almost all BMW modern cars. For instance, the engine block and head are completely made of aluminum alloy while cam carriers, covers, oil sump, dry sump, and housings for the camshaft control were made of magnesium.

Although the engine was custom made for “road use” McLaren F1, it was also fitted in the McLaren F1 GTR race car which won Le Mans in 1995. Three years after, BMW V12 LM debuted on the Le Mans track and won using the same engine.

Let’s have a look at Auberlen tracking the special race car.

One response to “Bill Auberlen drives the McLaren F1 GTR”