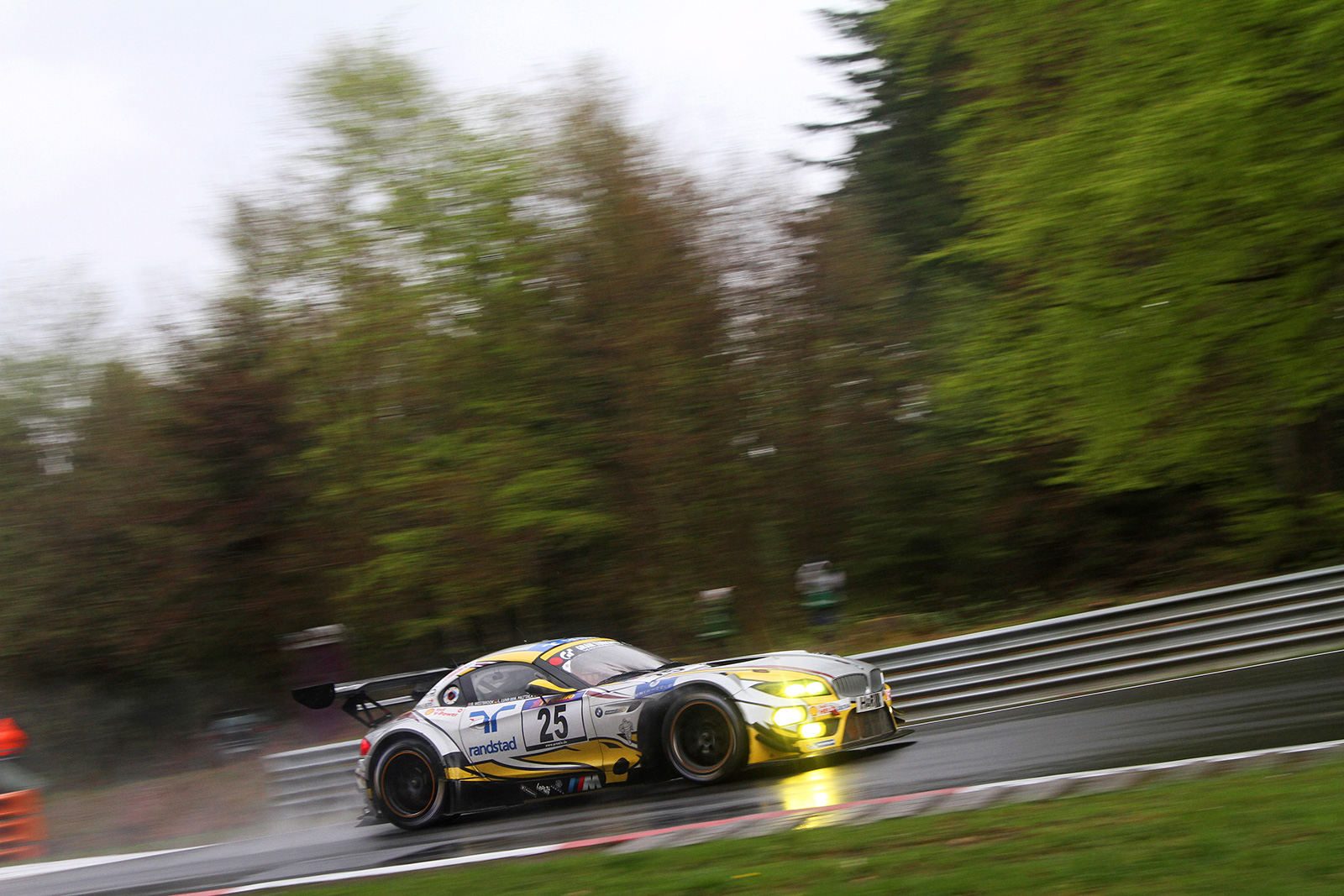 Today BMW Motorsport showed that they are eager to return to the top step of the podium at the ADAC Zurich 24 Hours of the Nurburgring with a dominant performance in qualifying.

After a foggy morning that delayed the World Touring Car Championship (WTCC) race, the sun came out and dried up the track for the second qualifying session. The pressure was on the BMW Sports Trophy Teams to lay down a good time to make it into the Top-30 qualifying session. Both Team Marc VDS Racing and Team Schubert BMW Z4 GT3s easily made it with the #17 Walkenhorst BMW Z4 GT3 just squeaking in by grabbing one of the last spots.

In the Top-30 qualifying session, the cars are sent off one-by-one so that they will have clear track for their two flying laps. Augusto Farfus’ first lap in the #26 Marc VDS Racing BMW Z4 GT3 was on a different level as he was 1.283 seconds faster than anyone else. This would have been the pole winning lap, but he went even faster on his second lap! With a time of 8:17.394 around Green Hell, Augusto easily won the pole and was almost a full second faster than the Black Falcon Mercedes SLS AMG in second.

It’s a long race though, and the other BMW Sports Trophy Teams showed that they are going to be right there fighting for the overall win. Team Schubert Motorsport will fill up row two at the start of the race tomorrow as Jens Klingmann secured third in the #20 BMW Z4 GT3 with Dirk Muller in the #19 sister car less than a tenth of a second behind him in fourth. Four of the top six spots will be BMW’s as the second Marc VDS Racing BMW Z4 GT3 was sixth. The #17 Walkenhorst BMW Z4 GT3 had a small miscommunication with another car during their qualifying run and will start in 26th.