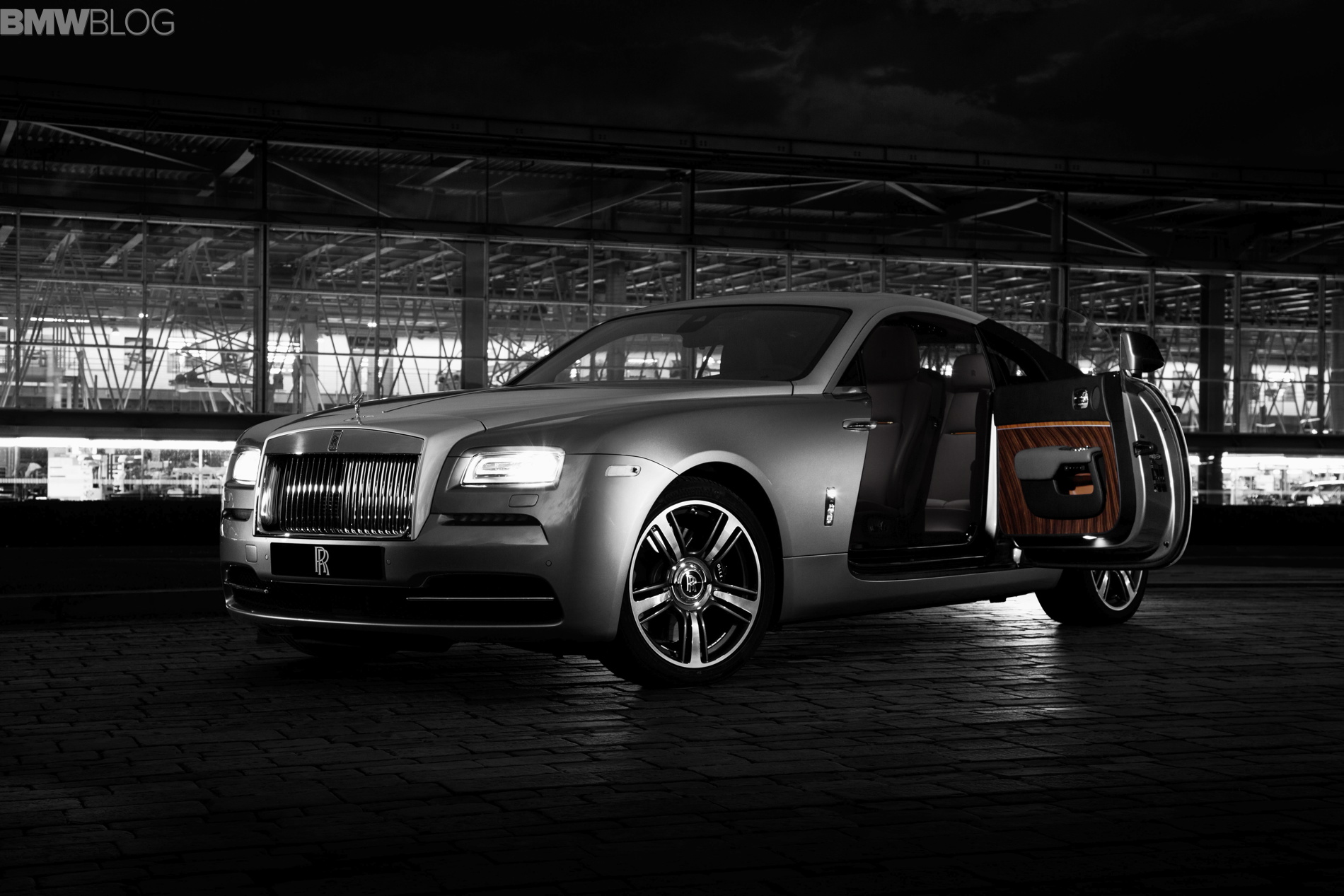 Rolls-Royce brings a new groundbreaking car to the 2015 New York Auto Show. The Wraith launch film  ‘And the World Stood Still’ has been accepted into the BFI (British Film Institute) National Archive, the world’s most significant collection of film and TV. To celebrate the event, Rolls-Royce Motor Cars has created Wraith ‘Inspired by Film’.

Life imitates art as the silver screen is reflected through a unique two-tone Silver and Jubilee Silver paint scheme, whilst a solid-silver hand-cast Spirit of Ecstasy plays the femme fatale to the leading man, as he follows in her wake on an unexpected adventure every time he takes the wheel.

Wraith’s coach doors open to reveal the hero’s interior life, which proves more colorful than its exterior would suggest. The Anthracite leather interior accented with Casden Tan exudes confidence and power like a modern super-hero’s costume, whilst its steely character is suggested by a pin sharp aluminum band shooting through the Maccassar Ebony open pore paneling. 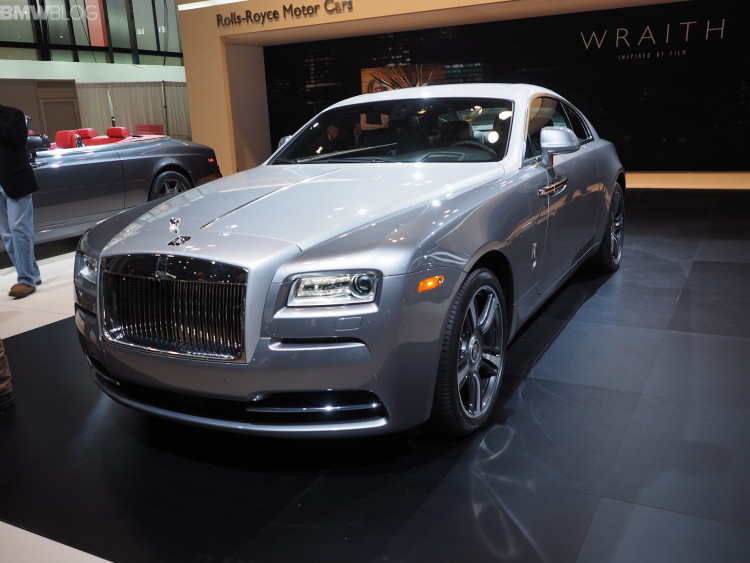 Wraith is the most powerful Rolls-Royce ever made. Performance complements the drama of exterior styling as a shorter wheelbase, wider rear track and 624 bhp/465 kW derived from the twin turbo V12 and a 0-60mph of 4.4 seconds (0-100kph, 4.6 seconds) give expression to the car’s dynamic looks. The swept lines of the fastback body of Wraith, a style whose origins can be found in the 1930s era of film noir, most clearly signal its purposeful character. 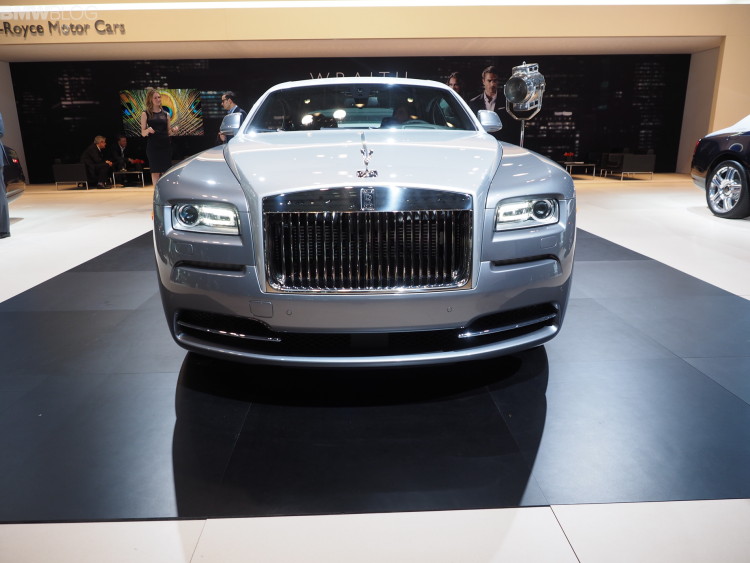 Wraith ‘Inspired by Film’ will be available to order from Rolls-Royce Motor Car dealers around the world immediately after. 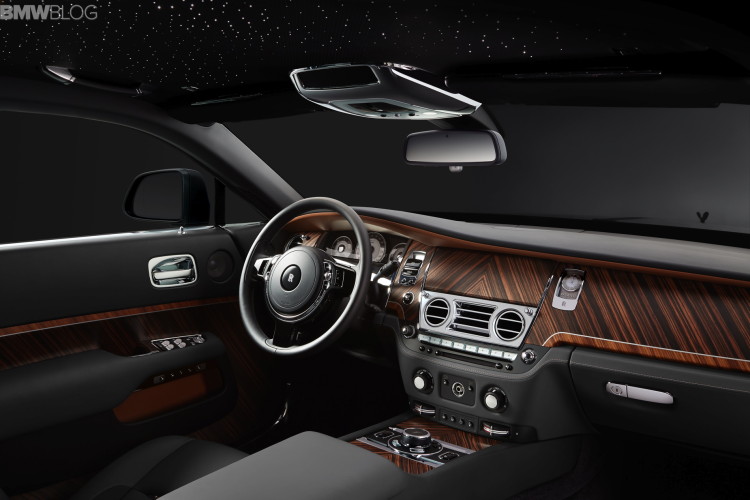 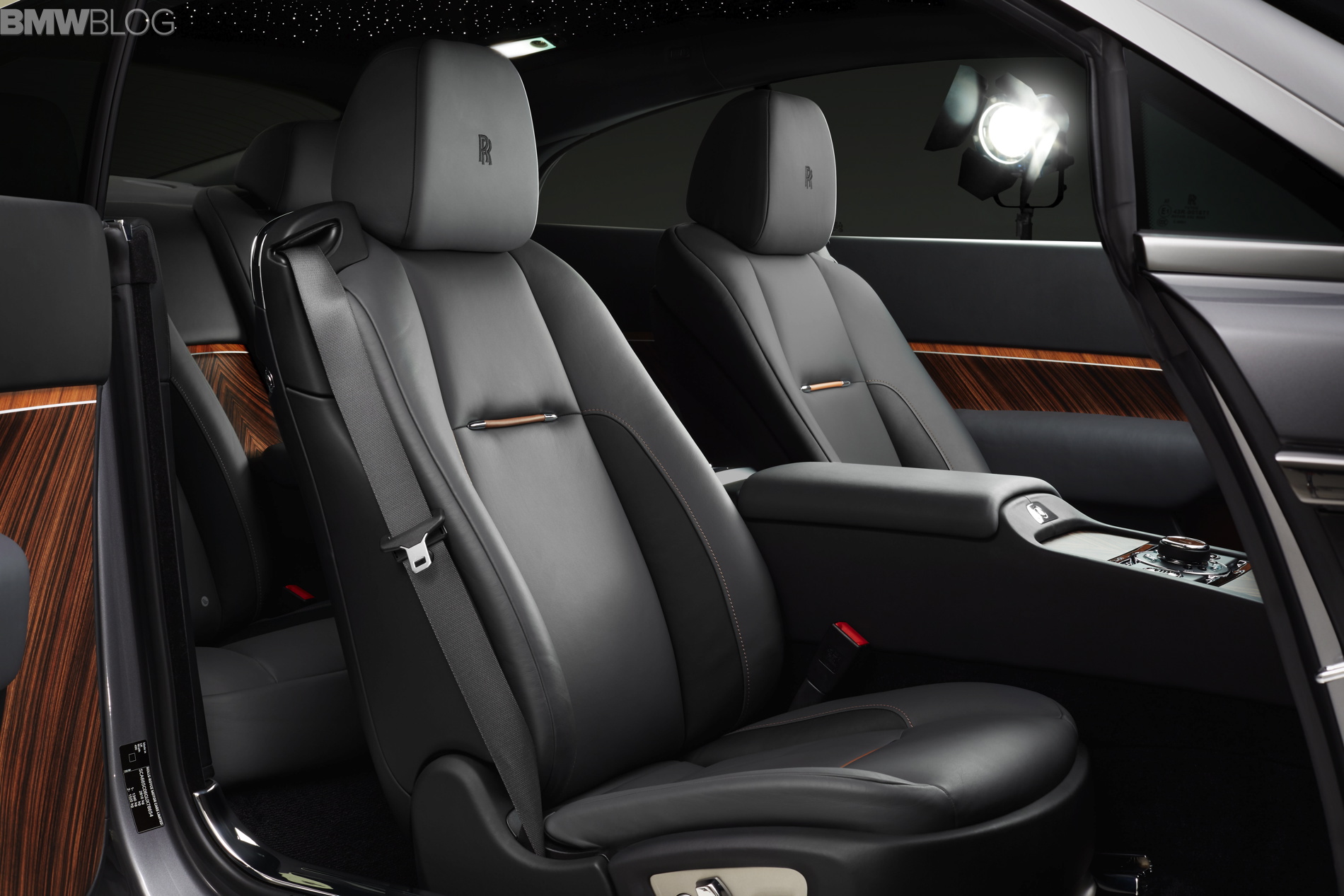 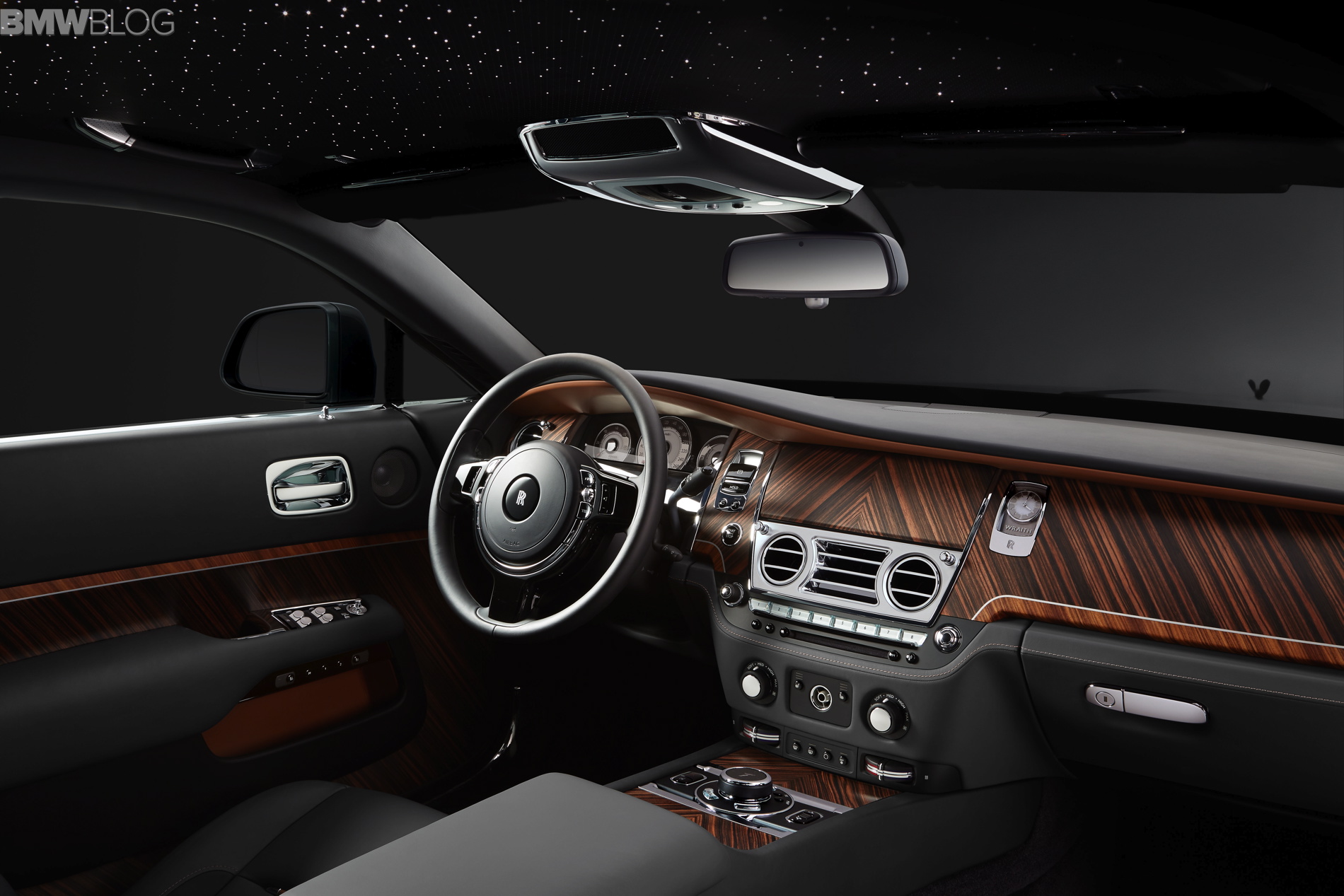 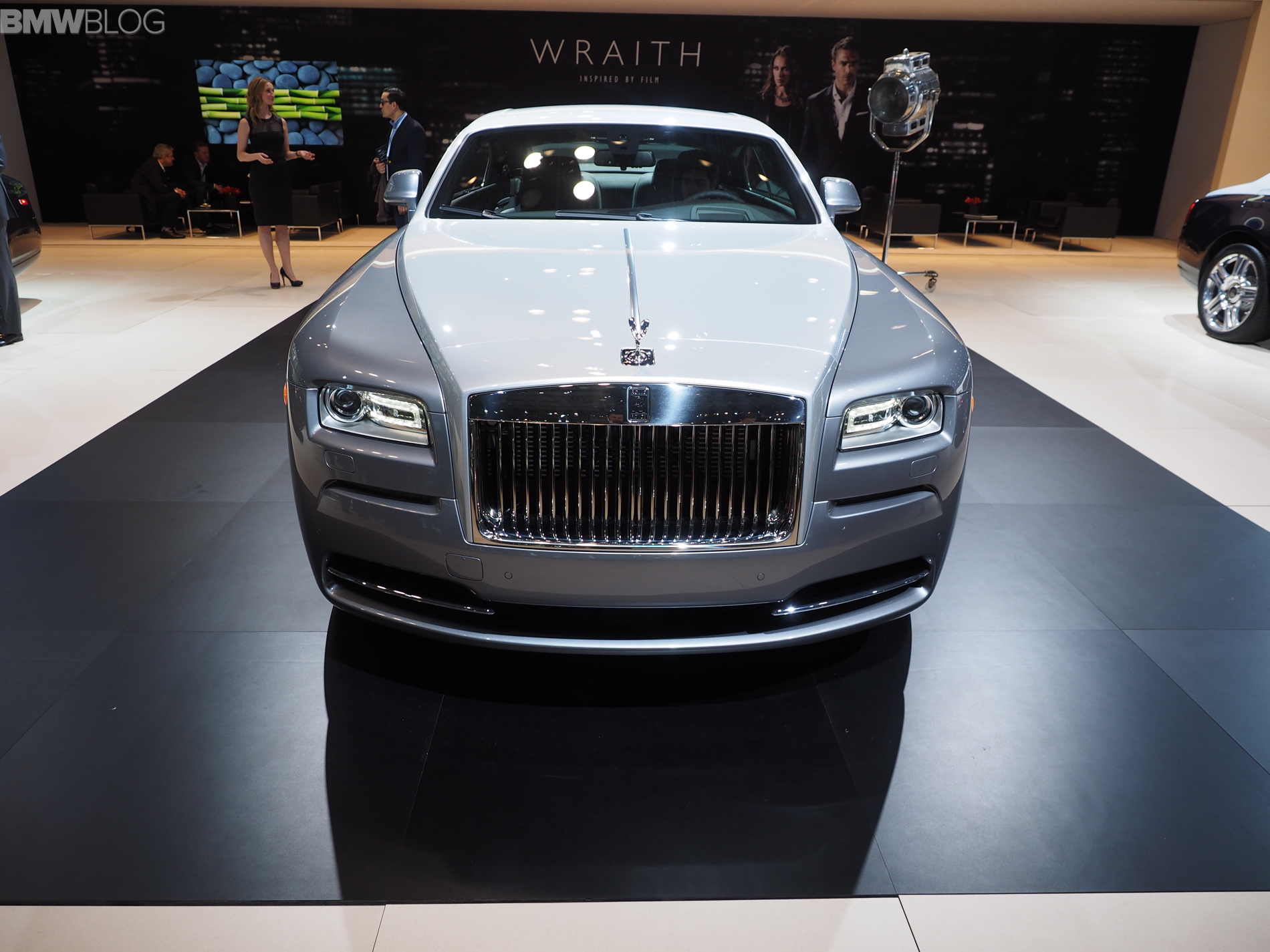 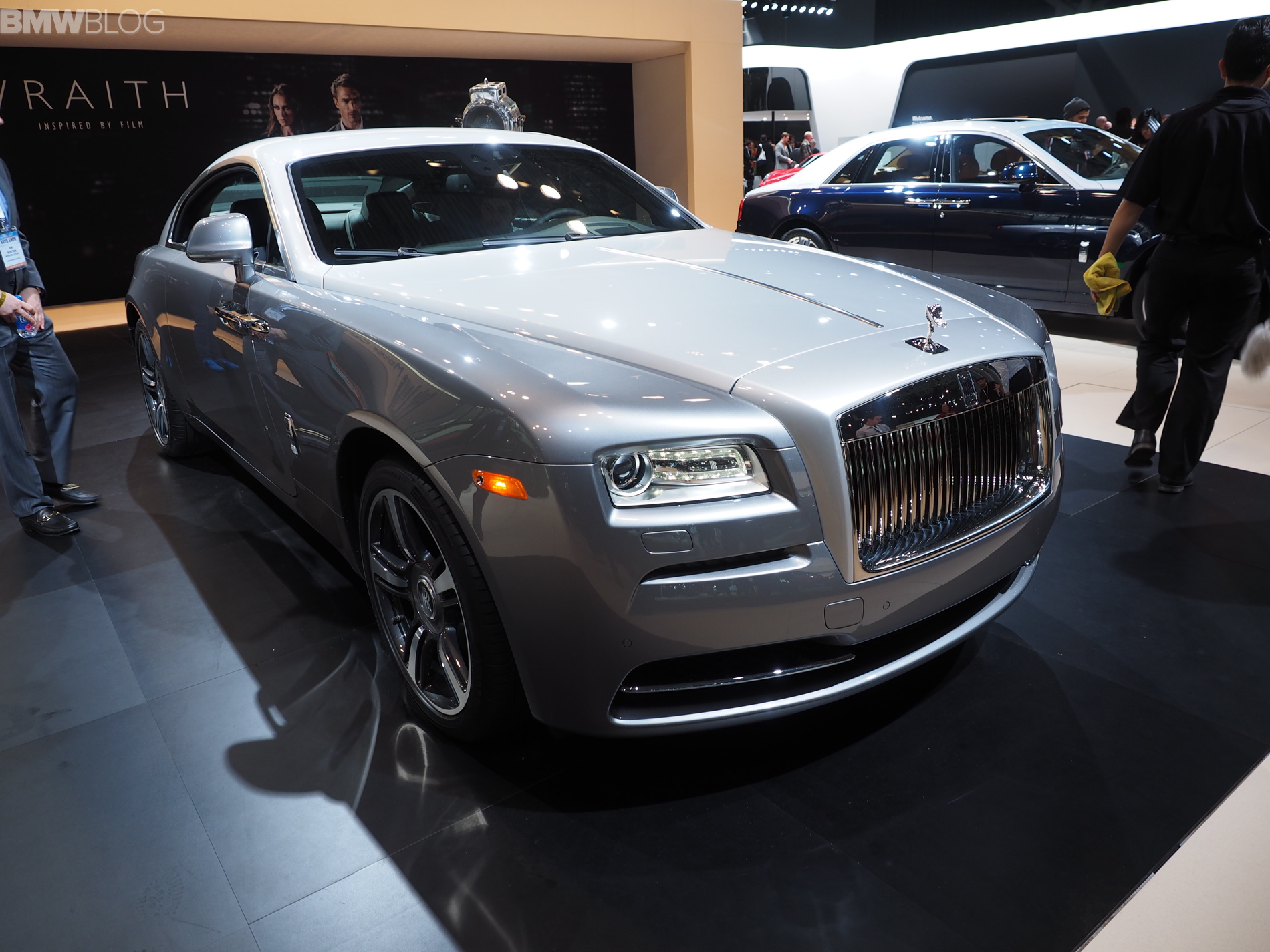 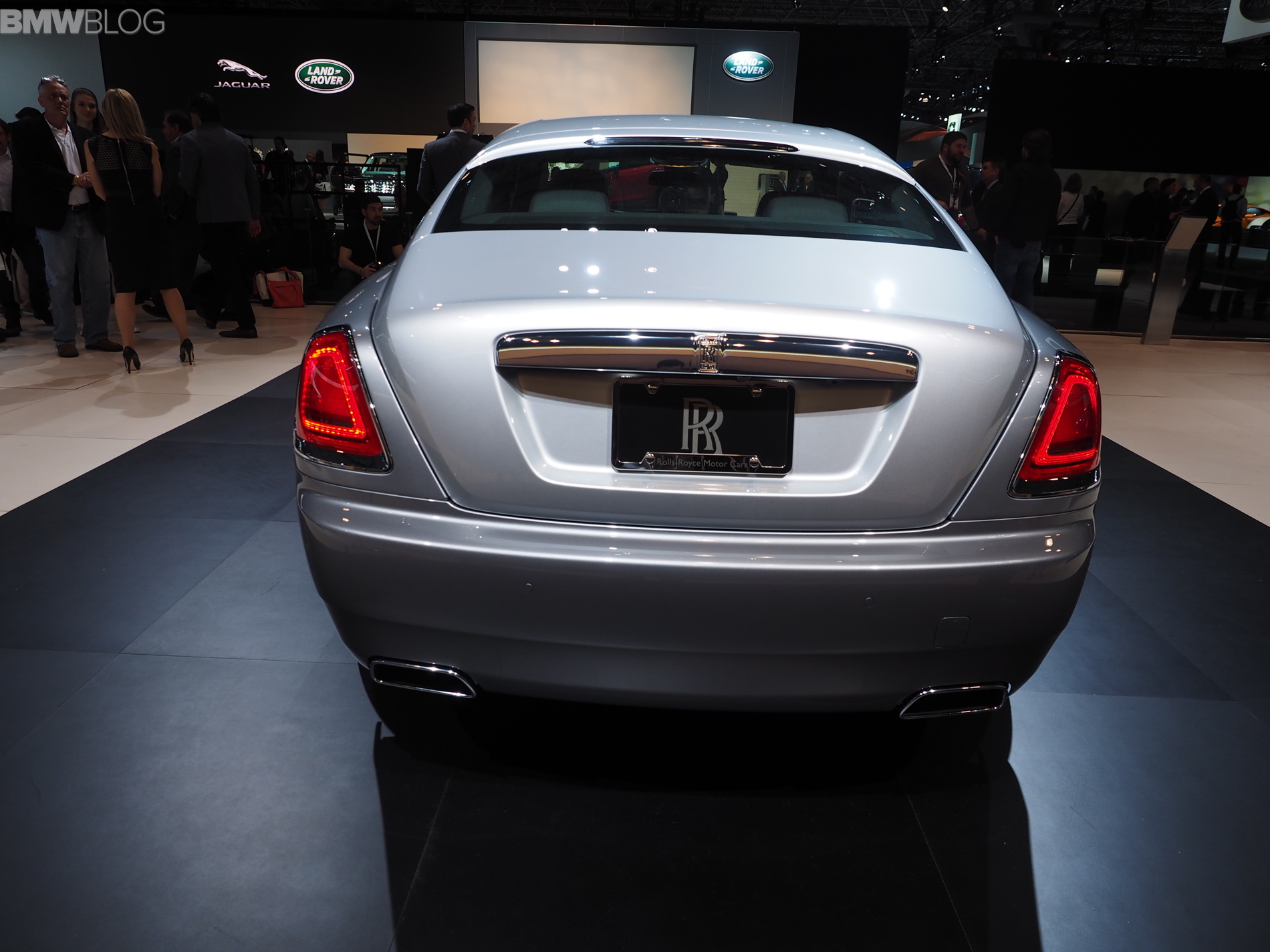 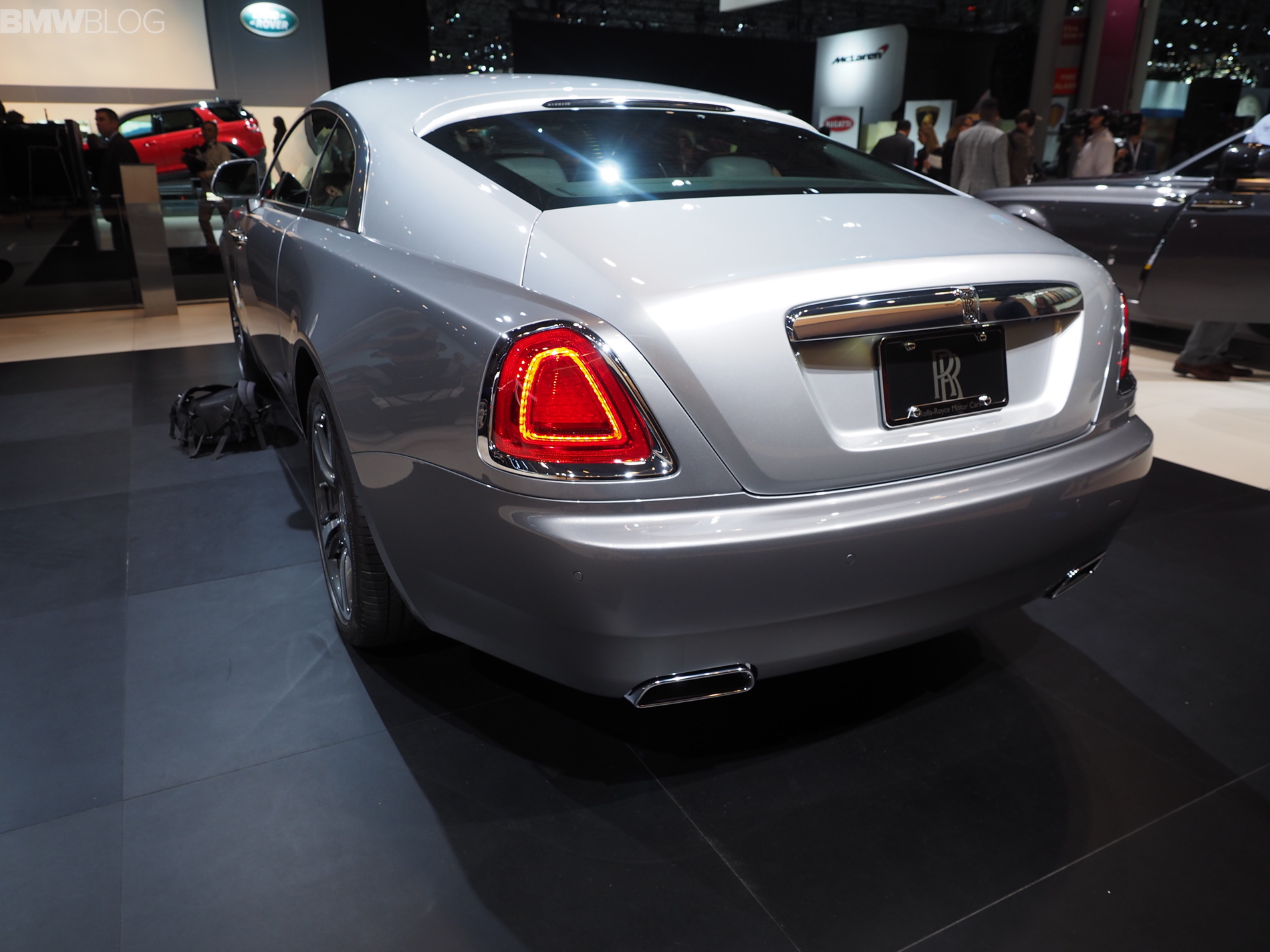 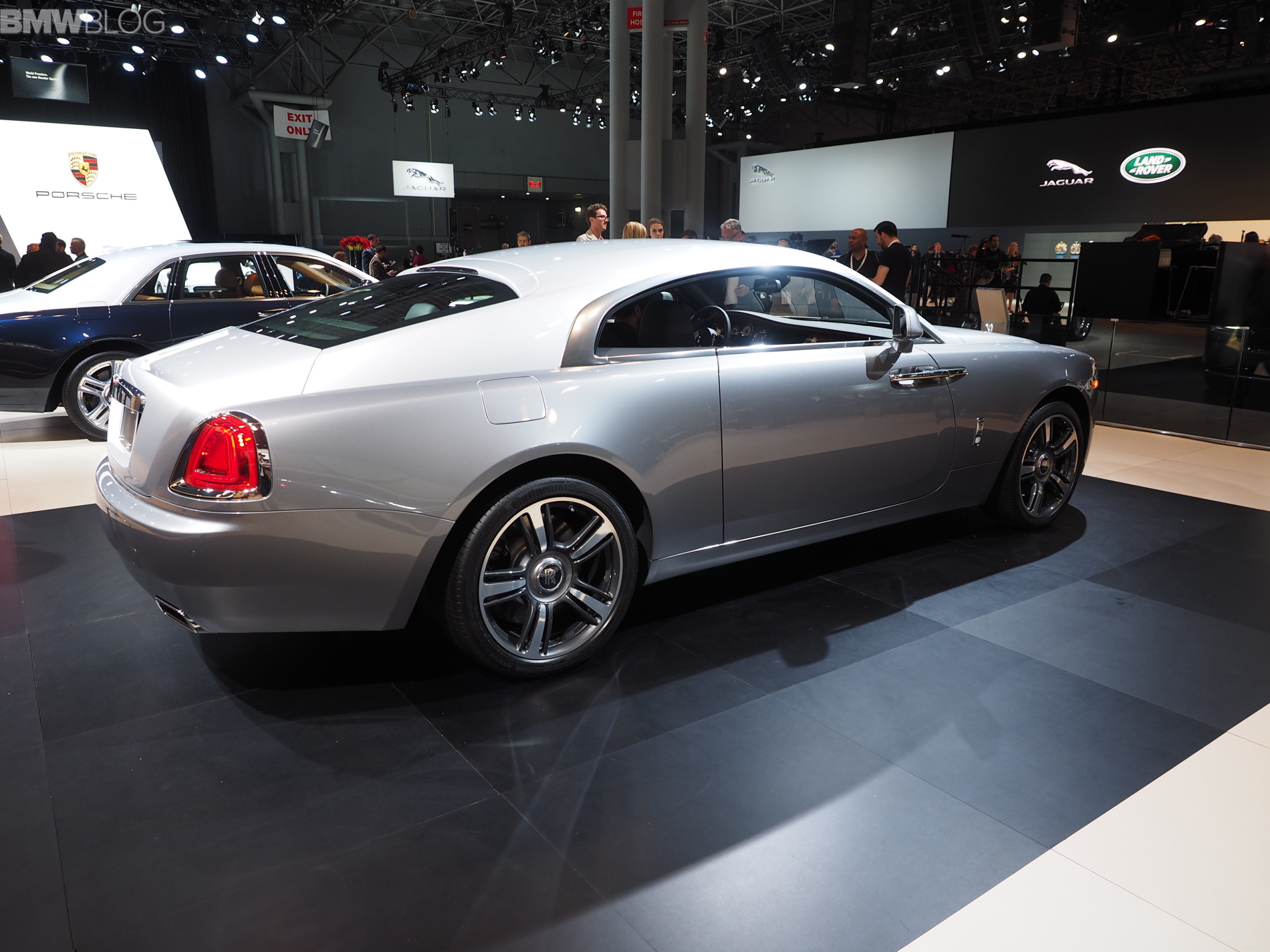 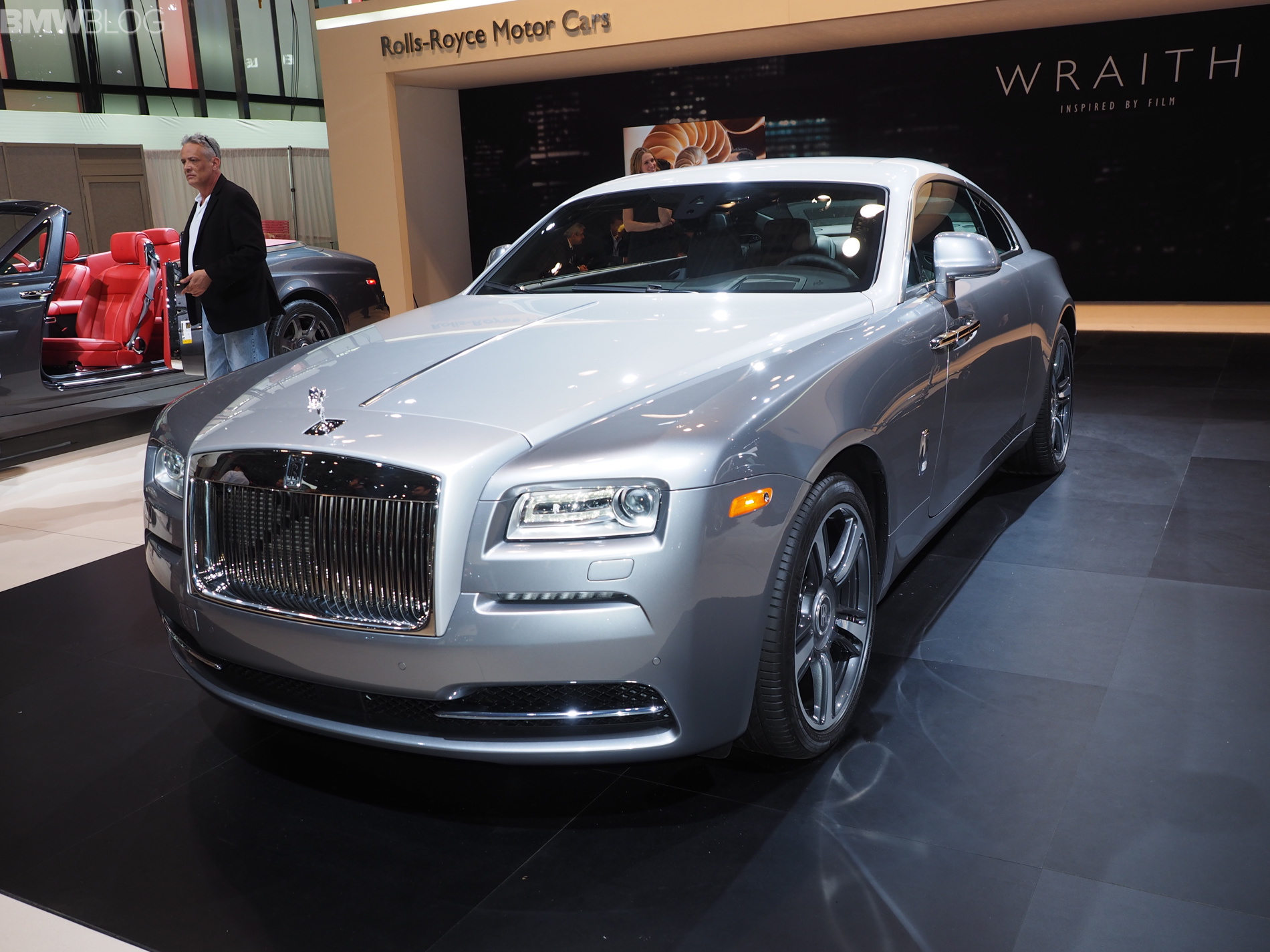 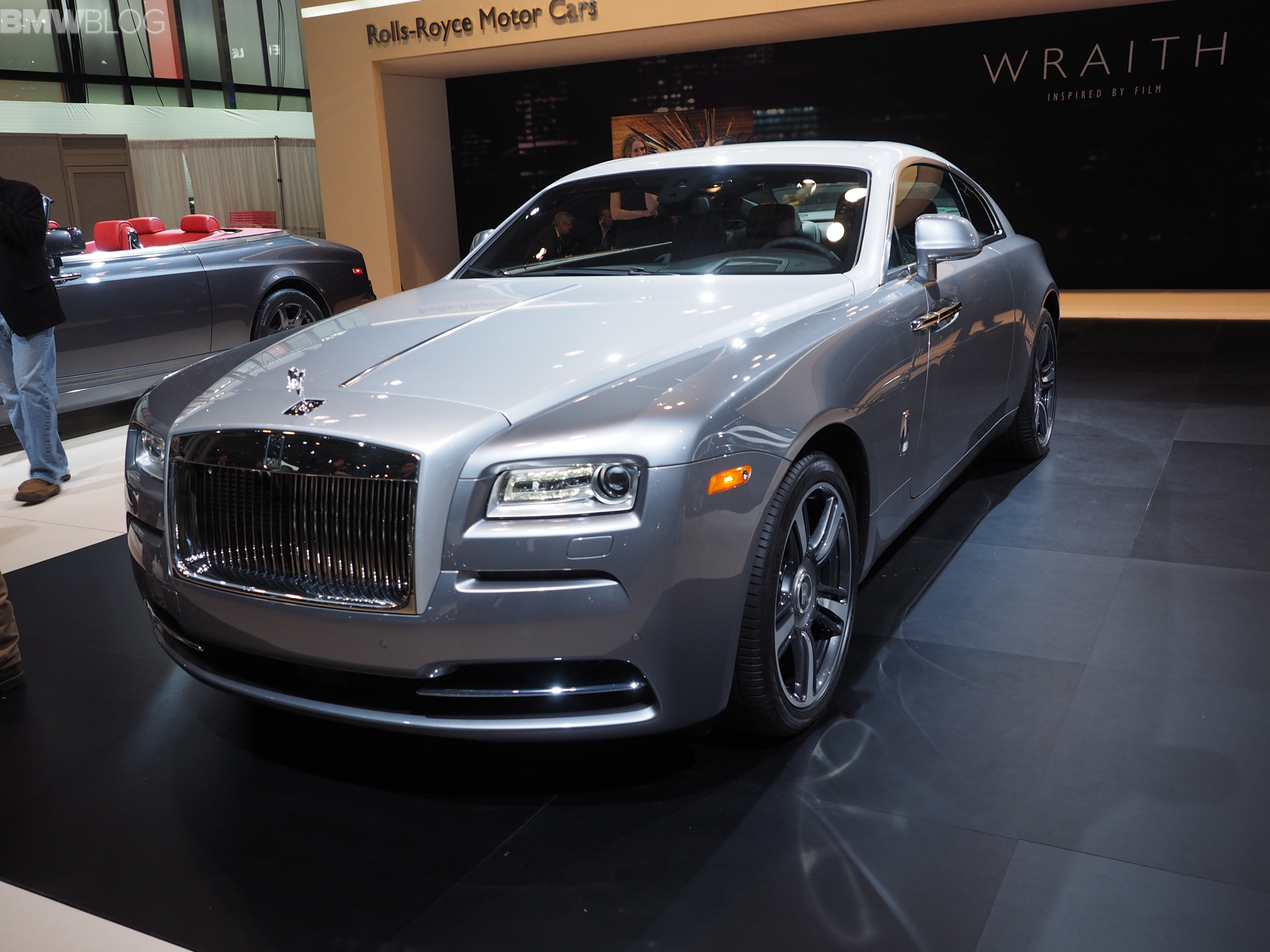 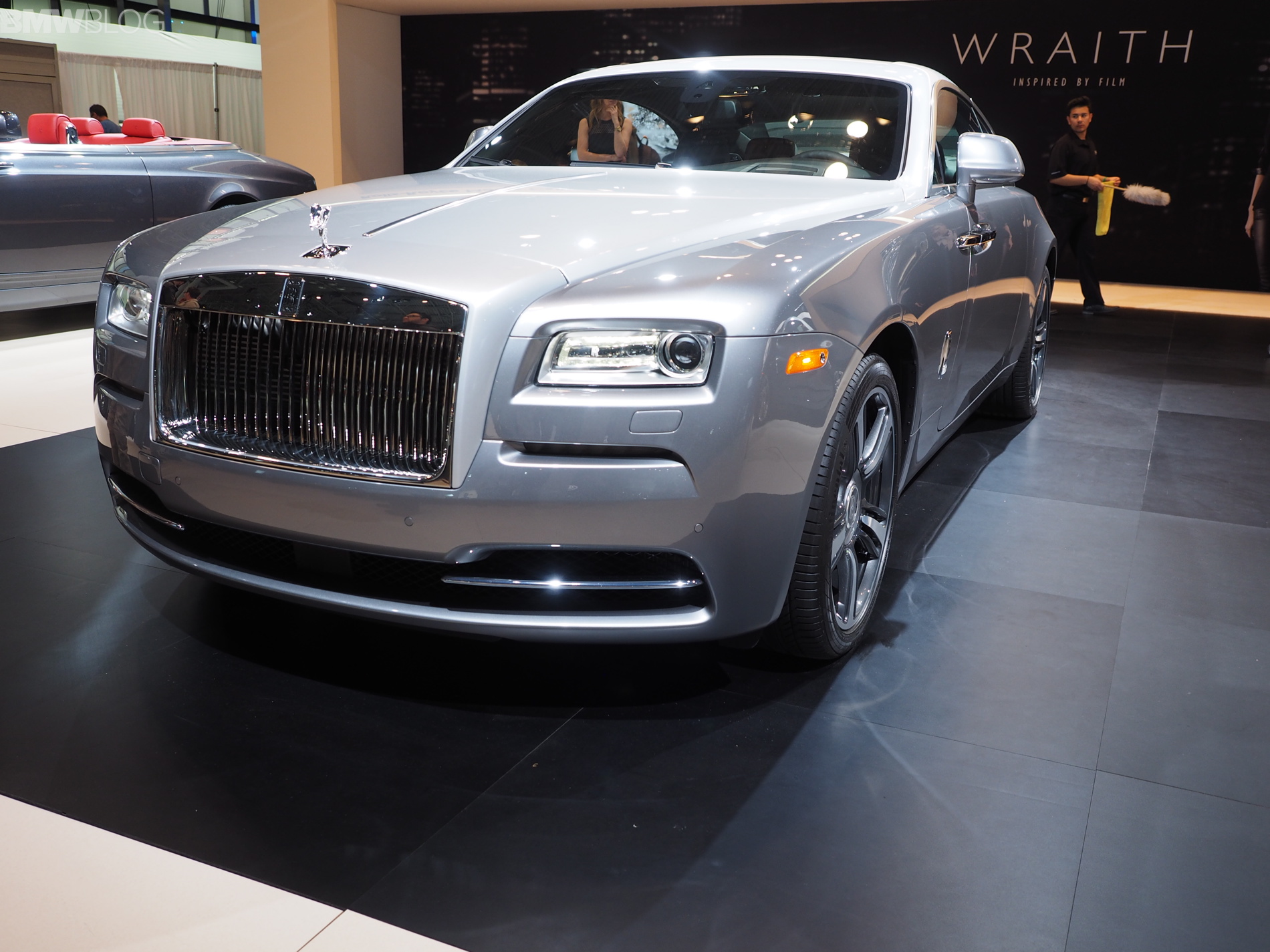 One response to “2015 NYIAS: ROLLS-ROYCE WRAITH ‘INSPIRED BY FILM’”