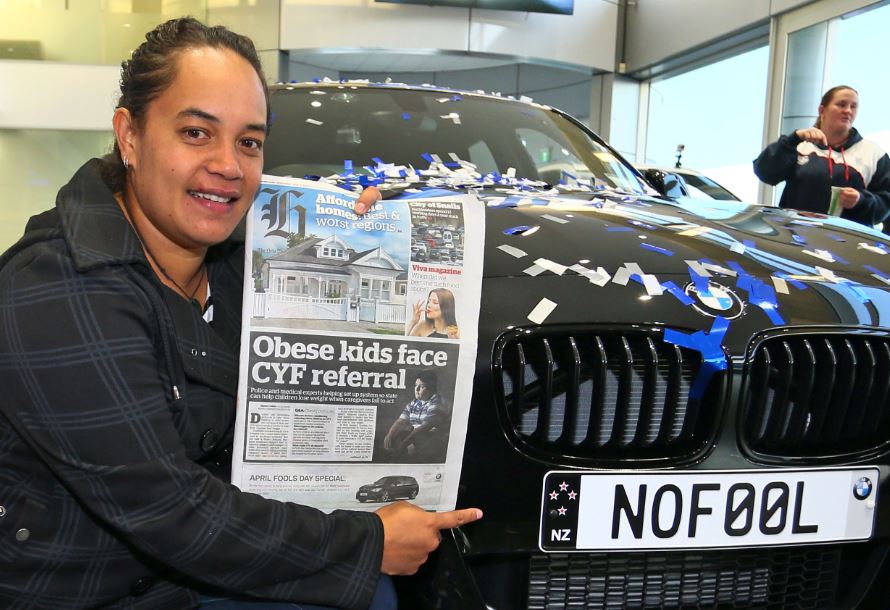 Have you ever wondered what would happen if something that sounded too good to be true actually turned out to be real – especially on April 1? For one New Zealander, daring to dream big on April Fool’s Day paid off handsomely this morning, when Tianna Marsh swapped her 15-year old Nissan Avenir for a brand new BMW 1 Series worth almost $50,000.

“BMW is world-renowned as being the maker of the Ultimate Driving Machine, but also as the creator of many memorable April Fool’s Day pranks,” said the Managing Director of BMW Group New Zealand, Nina Englert. 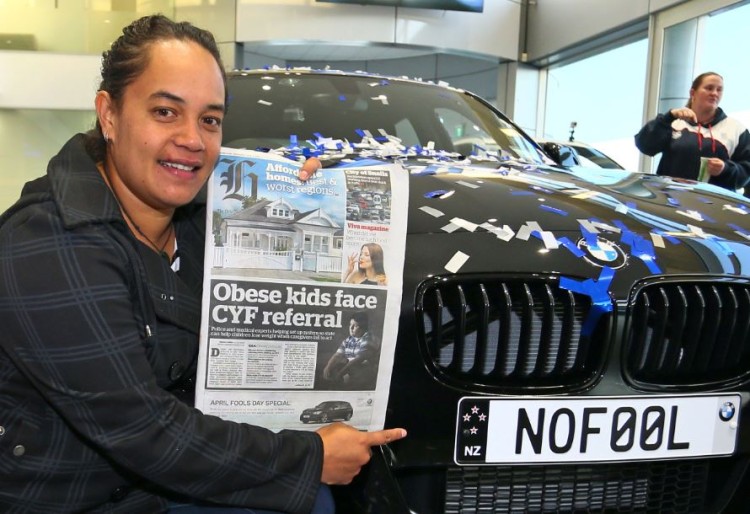 “Here in New Zealand we created a real stir last year when we released details of the BMW ZZZ Series Cot, a fictitious baby sleeping capsule which simulated the noises and g-forces of a road journey, to help lull a baby to sleep. This year’s effort, our most audacious and elaborate yet, is one we’re particularly proud of as we believe this reverse April 1 joke to be a world first, especially giving away a brand new car.” 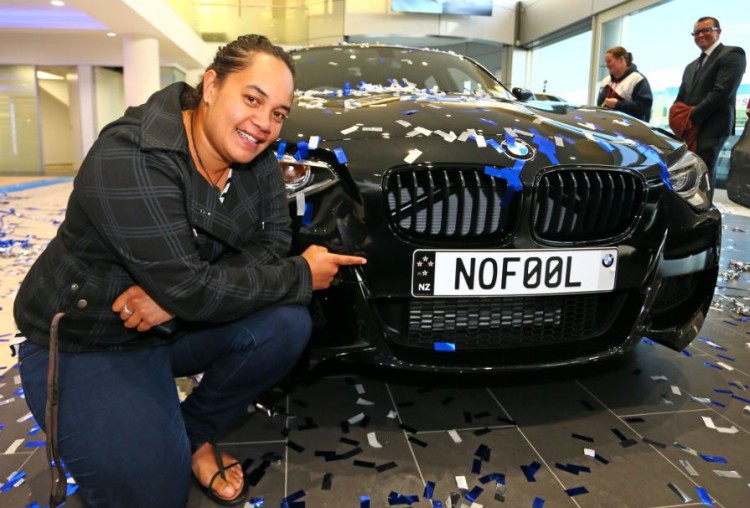 More than 145,000 copies of the NZ Herald rolled off the press early this morning with what appeared to be a bogus ad printed on the front page, inviting people to bring their car to the Newmarket dealership and swap it for a brand new BMW 1 Series. The first person to do so, having fulfilled terms and conditions, would be rewarded with the new car. 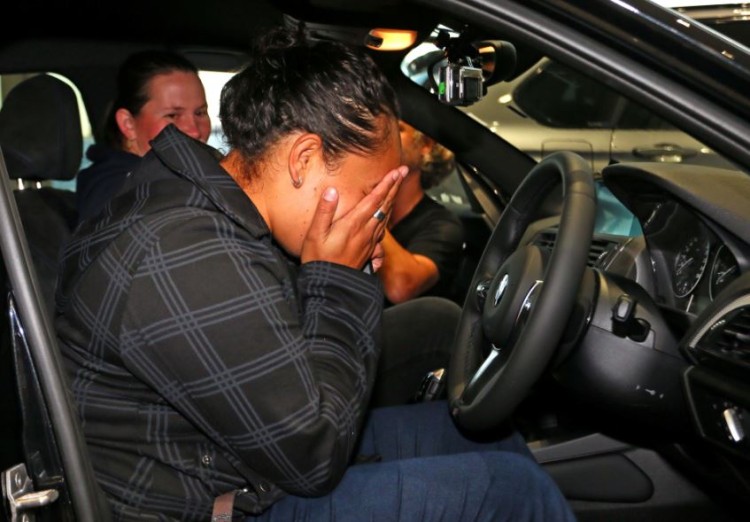 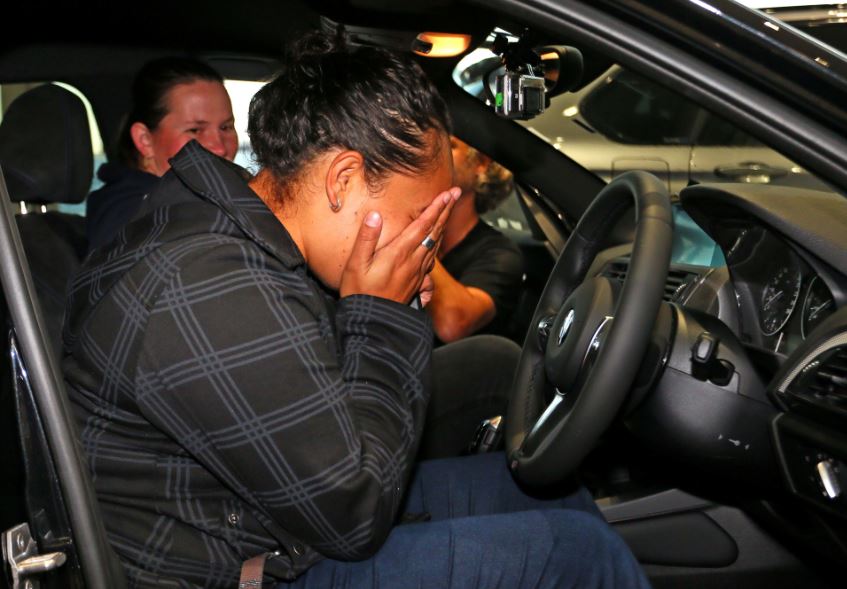 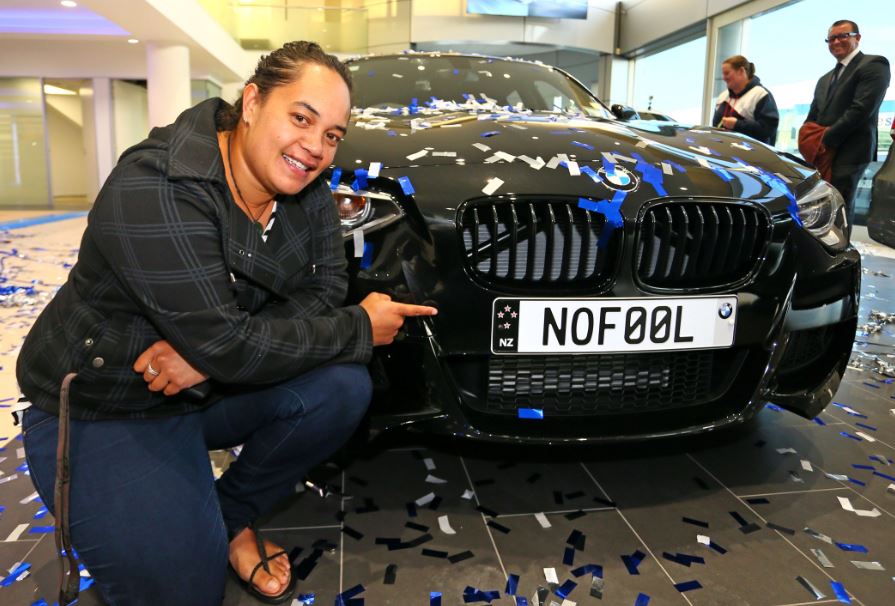 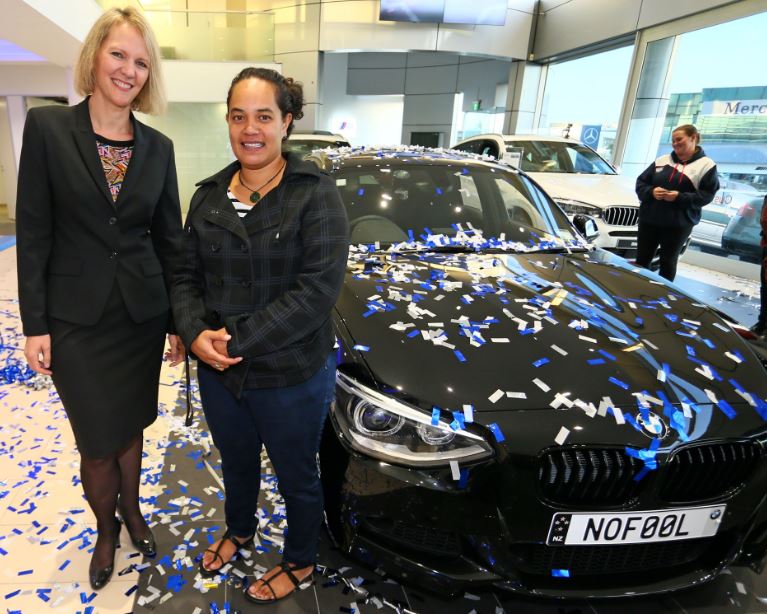 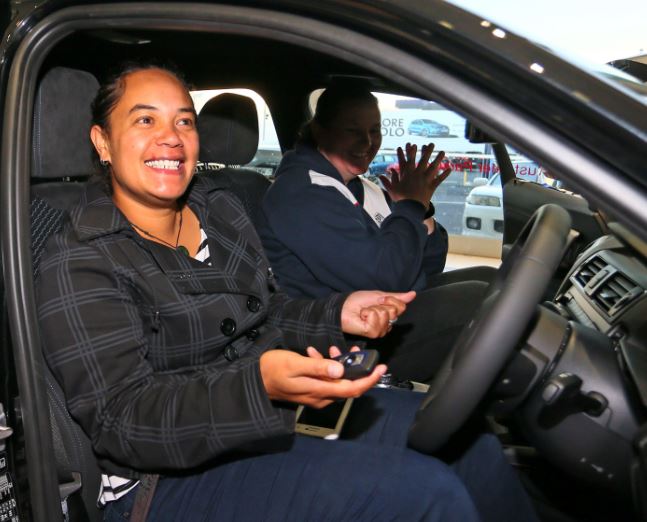 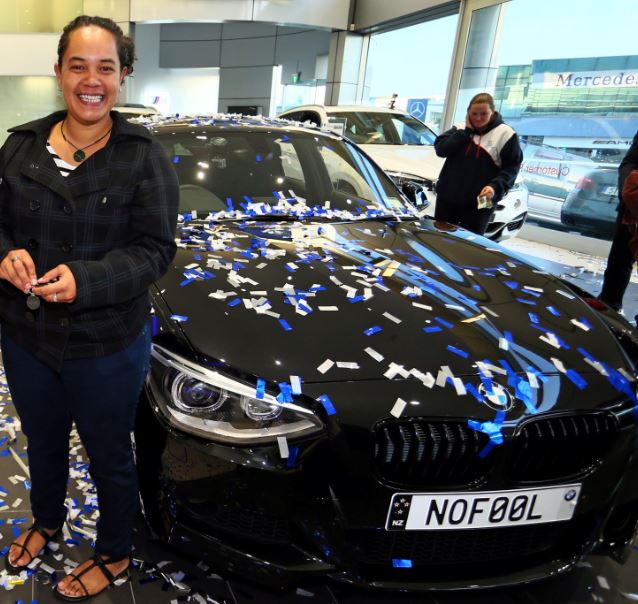