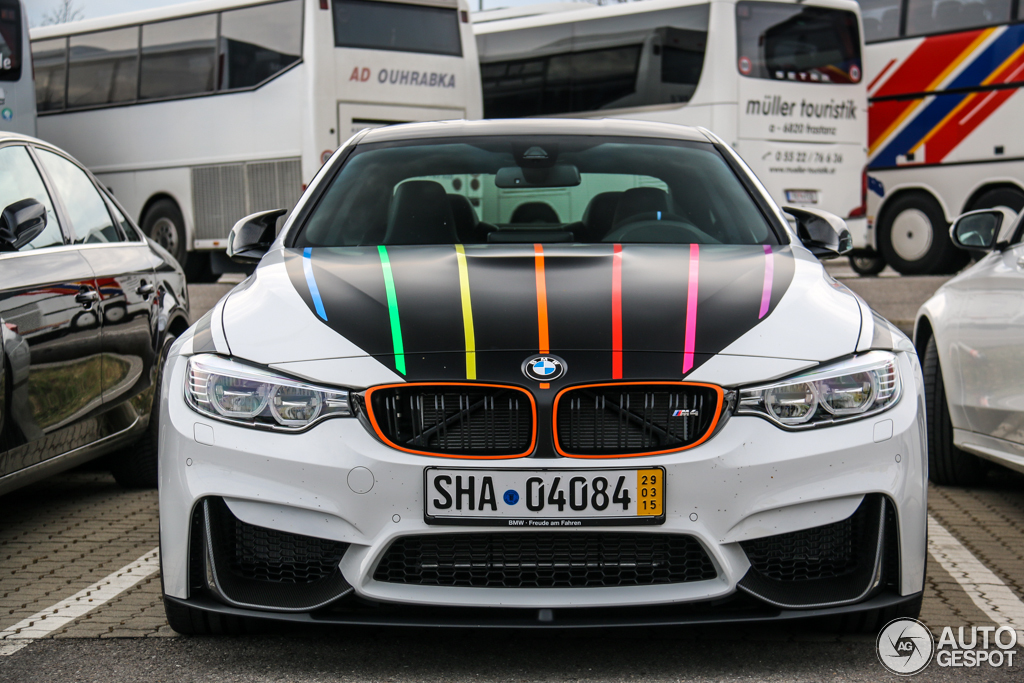 The BMW M4 Coupe DTM Champion Edition is a rarity on the road. Built to celebrate Marco Wittmann’s victory in DTM, the special M4 went to only 23 customers, including the DTM champion.

This particular unit was spotted in Filderstadt, Germany.

The model was modified at the BMW Individual factory. The matte-black bonnet and boot lid with the eye-catching stripe design display close links with the victorious BMW M4 DTM. Added to the mix are an M kidney grille with orange surround, an M logo rearwards of the front wheel arches, the number 23 on the doors and the flag along with “WIT” and “DTM Champion 2014” lettering on the rear side windows. 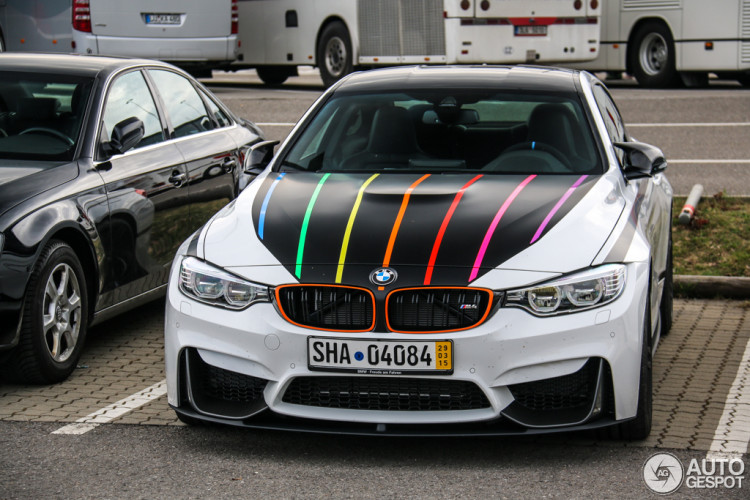 The same carbon fiber roof as used on the production model and black character lines down the side underline the relationship between the production car and the racing car. 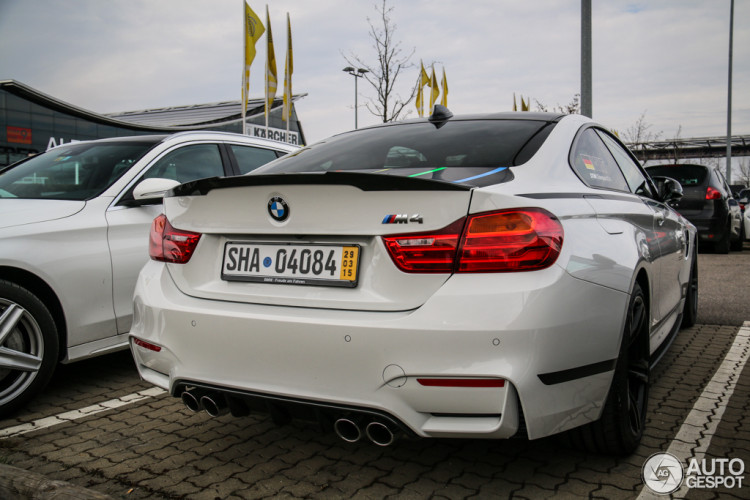 The BMW M4 DTM Champion Edition is also fitted with 19-inch light-alloy wheels, a black front splitter, a black side skirt blade, carbon front flaps, carbon mirror caps, a rear spoiler and a carbon diffuser insert from the M Performance Parts range. The Champion Edition underlines its exclusivity once again when you step inside.

Anyone who bought this special edition is also entitled to a training session on the Nürburgring-Nordschleife (DE), at which Wittmann will be on hand to offer the BMW M customers valuable advice on how to keep the car perfectly under control. 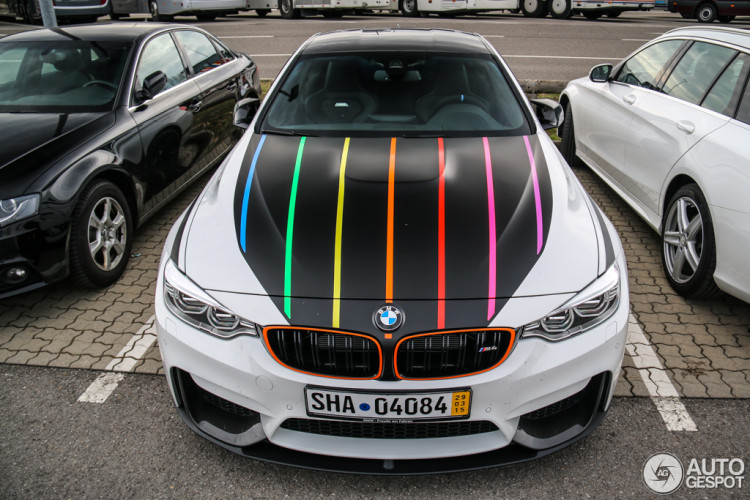 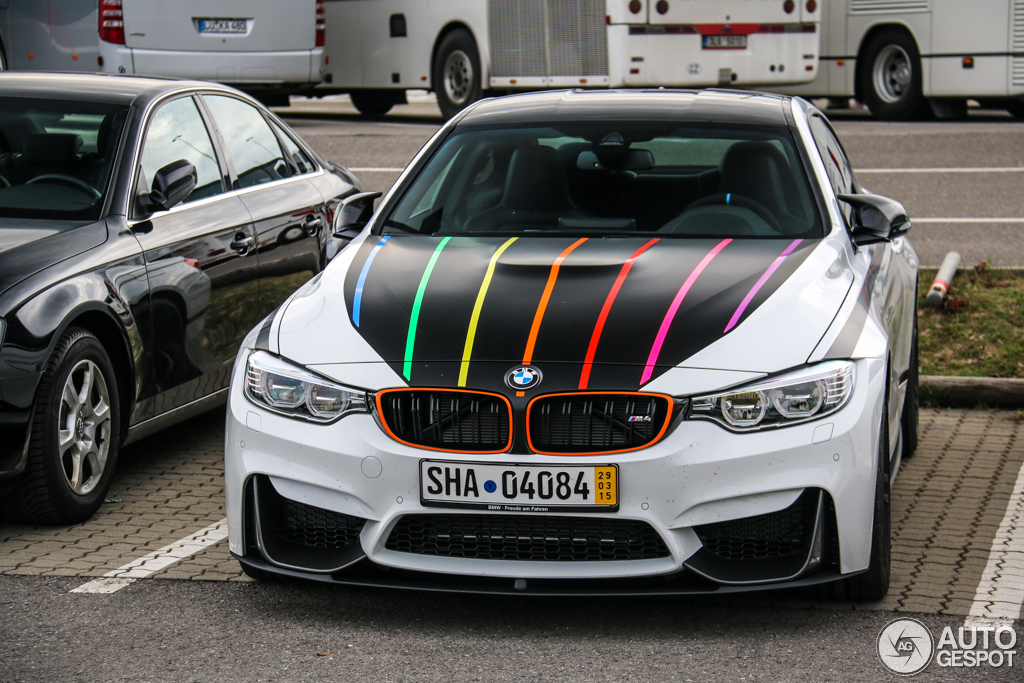 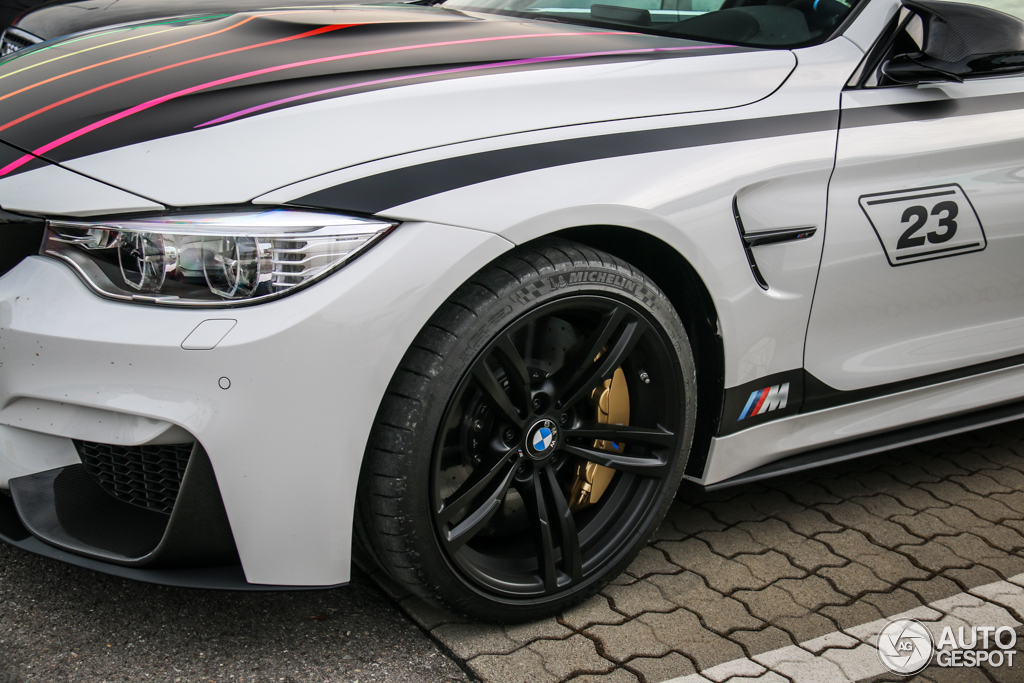 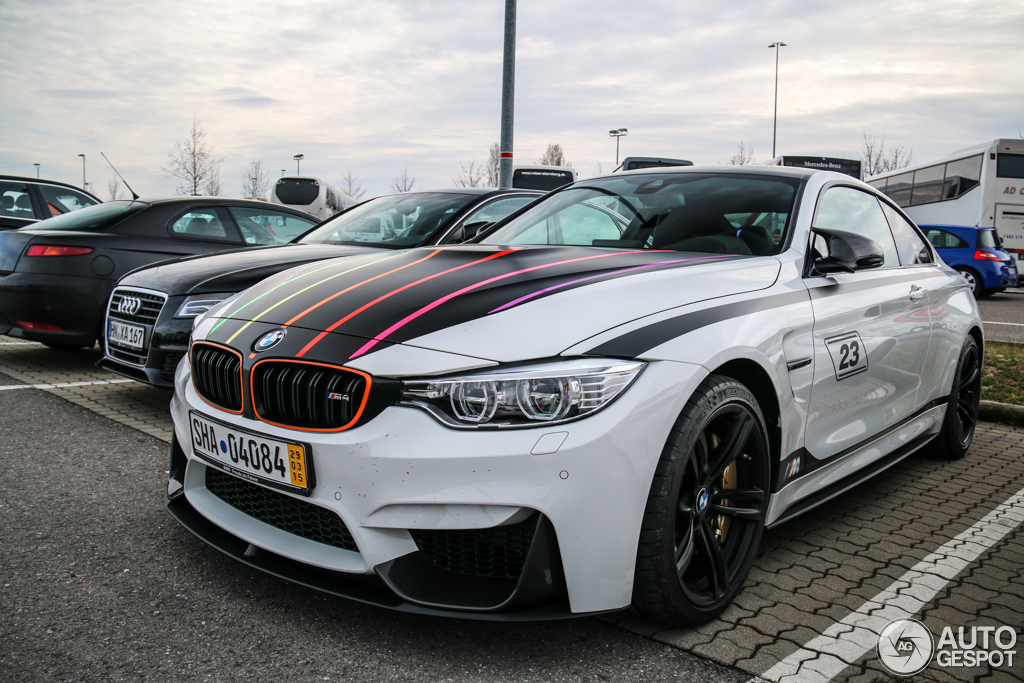 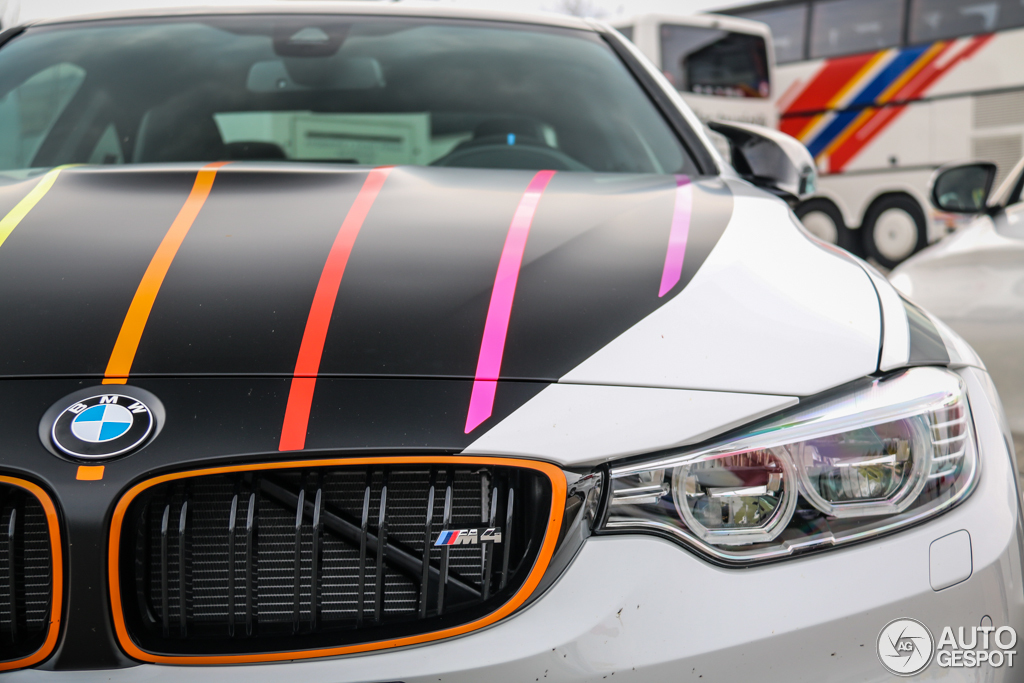 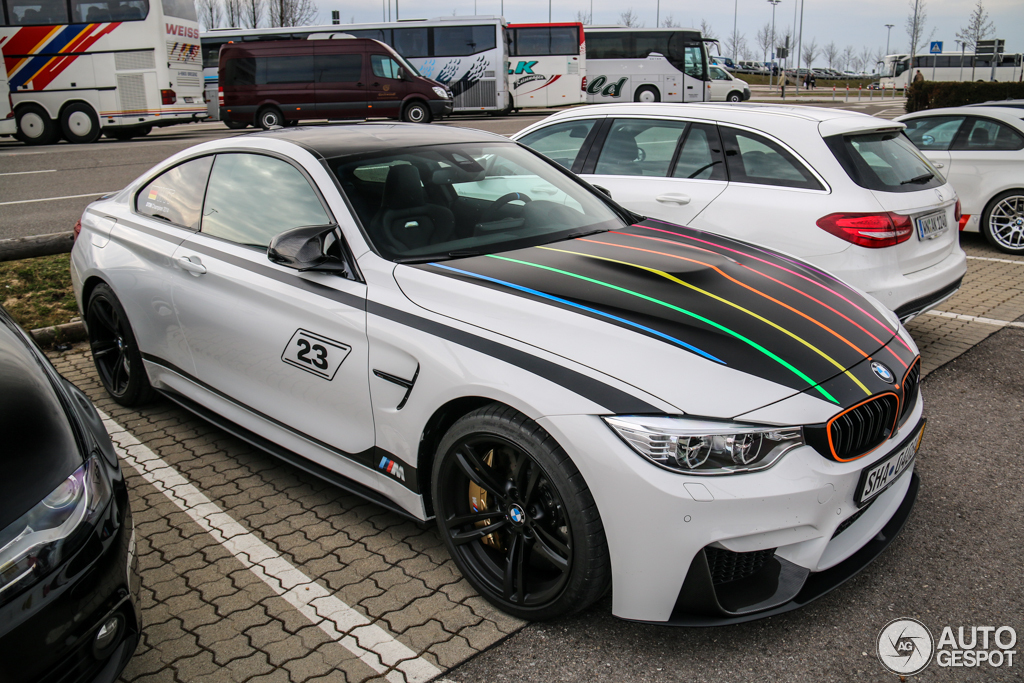 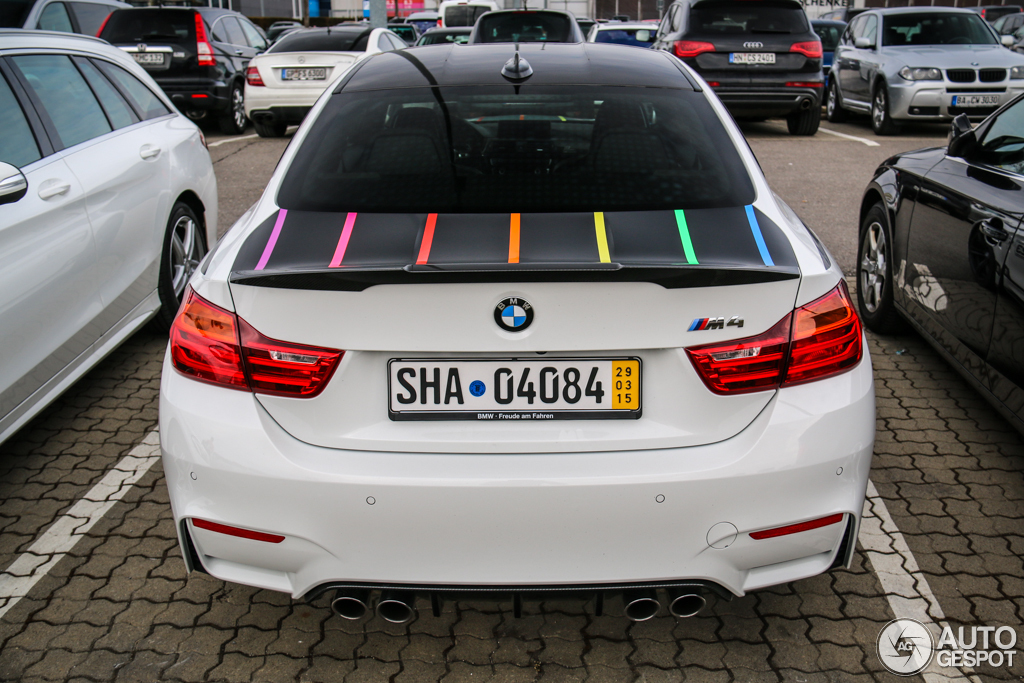 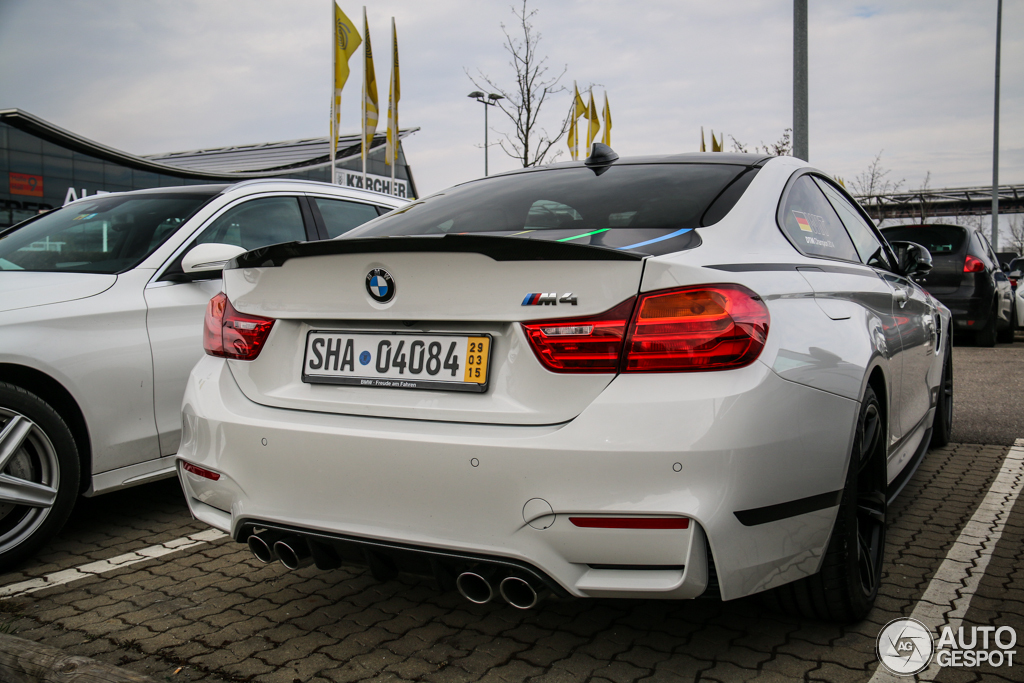