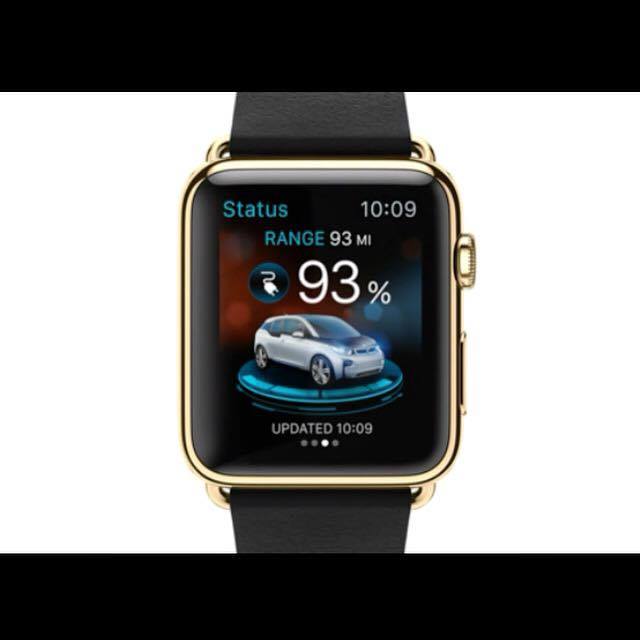 Earlier today, Apple has reintroduced to the public the Apple Watch. Going on sale on April 24, with pre-orders beginning April 10, the highly awaited gadget opens a new market for the Cupertino-based company, both in hardware and software. The Apple Watches range from $349 to the ultimate gold watch at around $15,000.

During the event today, Apple has placed an emphasis on the apps for the Apple Watch which aim to both improve our life quality and drive sales to the company. BMW was also briefly featured during the event with the BMW i Remote App. The popular app for the new BMW i3 and i8 is available today on the iPhone, but it will soon transition to the Apple Watch as the first car app.

Just like the iPhone version, the i Remote watch app will give insight into the car charging status, as well as performing functions like pre-conditioning the car and battery, locking the doors, flashing the headlights, honking the horn, setting pre-defined departure times and finding nearby charging stations.

And for giggles, it even tracks your car on a map.

The BMW i Remote App for Apple Watch is free of charge and it’s expected to be available soon in the App Store.