BMW i8 in Neon Green 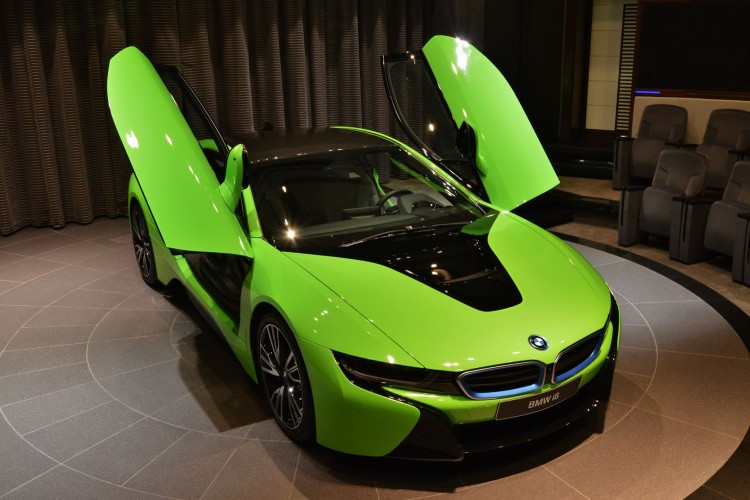 BMW Abu Dhabi dealership has an interesting i8 in display. The hybrid sportscar gets a green wrap to give the car an even more exotic look.

Apart from the green color, the BMW i8 also carries the Black Belt which is featured on all production vehicles regardless of the selected paint. We’ve recently seen a yellow i8 which is also quite a looker.

The i8 remains a rare car on the road, yet alone one with a flashy paint job. As more i8s get delivered to customers and tuning shops, we expect to see other exciting paint jobs. 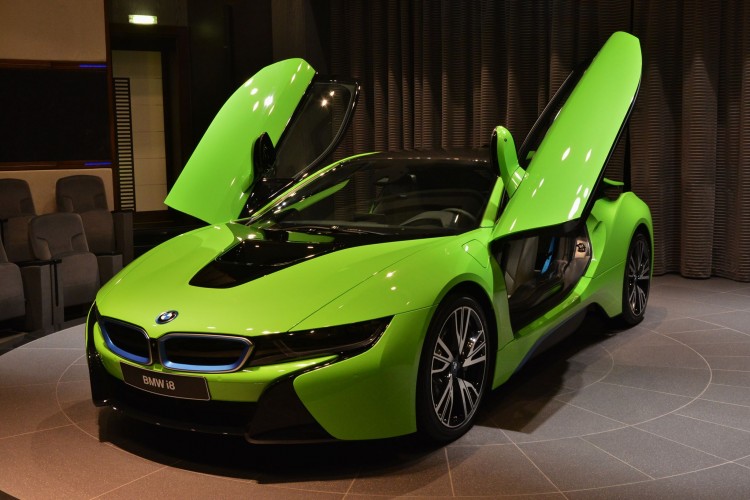 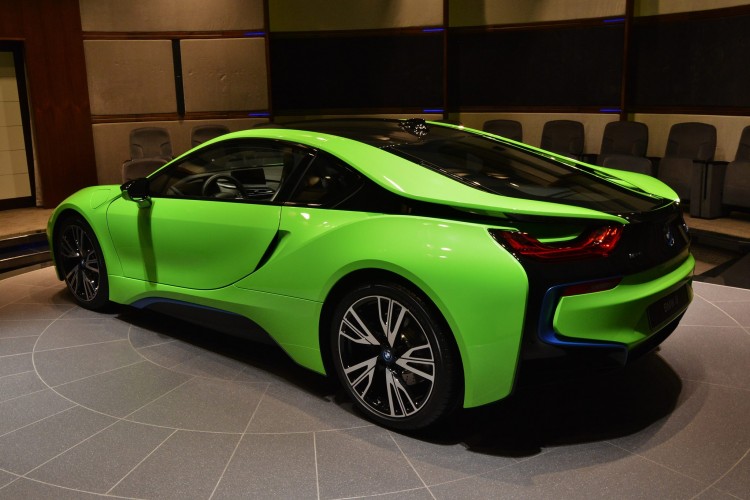