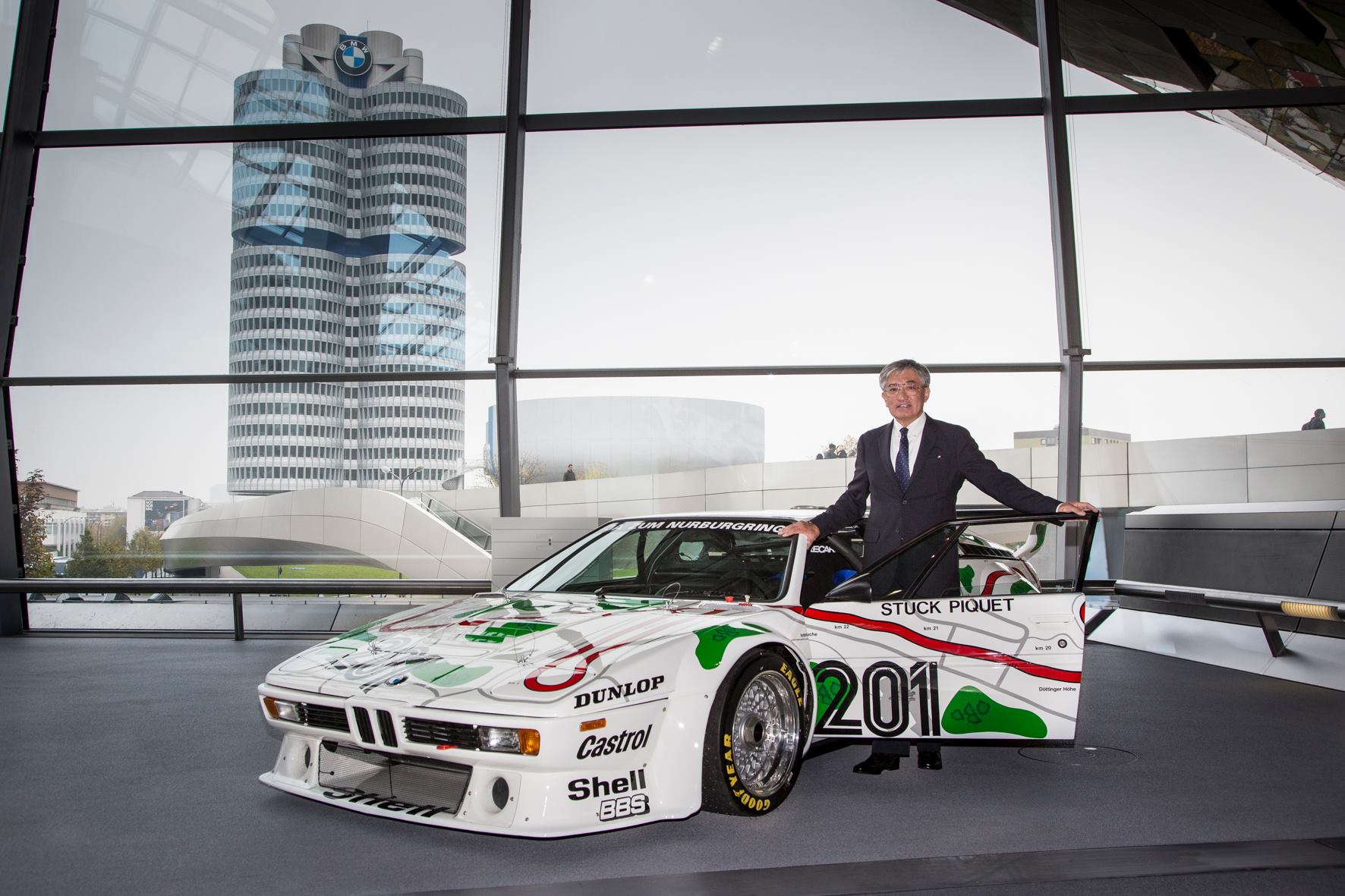 The BMW M1 Procar “Yes to the Nürburgring” is the latest addition to Masakuni Hosobuchi′s treasure chest. Masakuni Hosobuchi is the chairman of the BMW Club Japan and a real BMW enthusiast. In his car fleet you’ll find each and every BMW M vehicle. This BMW M1 Procar has been restored by BMW Classic and BMW M, and finally has been handed over to the proud owner at the BMW Welt

Many people dream of a BMW to call their own while others have an impressive collection that would make anyone jealous. Japanese car collector Masakuni Hosobuchi has a highly exclusive collection of cars and with the help of BMW Classic, he added one more to his fleet. 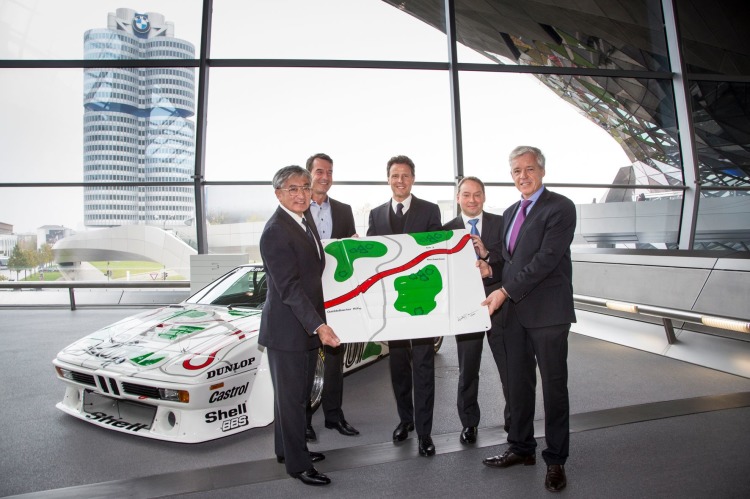 In the presence of BMW Classic Chief Ulrich Knieps, Hosobuchi took ownership, in the BMW Welt in Munich, of 1979 BMW M1 Procar “designed” based on his ideas. The historic race car has been restored over the years by experts from the BMW Group Classic and the BMW M and is now virtually back in new condition status.

The now restored M1 Procar copy of Masakuni Hosobuchi is titled “Yes to the Nürburgring” and is painted with certain sections from the famous race track. Nelson Piquet and Hans-Joachim Stuck drove this car to the class win and third overall at the 1000 km race at the 1980 Nordschleife. 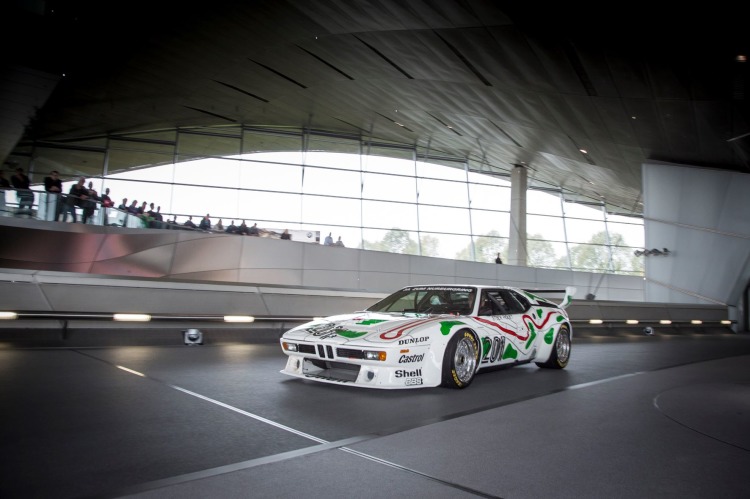 Masakuni Hosobuchi: “BMW are my passion and the Procar sure gets a place of honor in my collection. It was very important to me, the vehicle after years of racing reproduce its former glory. And who could have done this better than the manufacturers themselves. It also gives me great pleasure that I can take reception of this car in the BMW Welt between all the new cars.”

In 1977 and 1978, BMW found themselves between a rock and a hard place with trying to meet Group 4 and 5’s homologation requirements to allow the M1 racers to compete. Due to the issues the with Lamborghini (BMW contracted Lamborghini to build the car before Lambo went belly-up and filed bankruptcy) and changing requirements for Groups 4 and 5, BMW’s M1 had no series in which to compete. 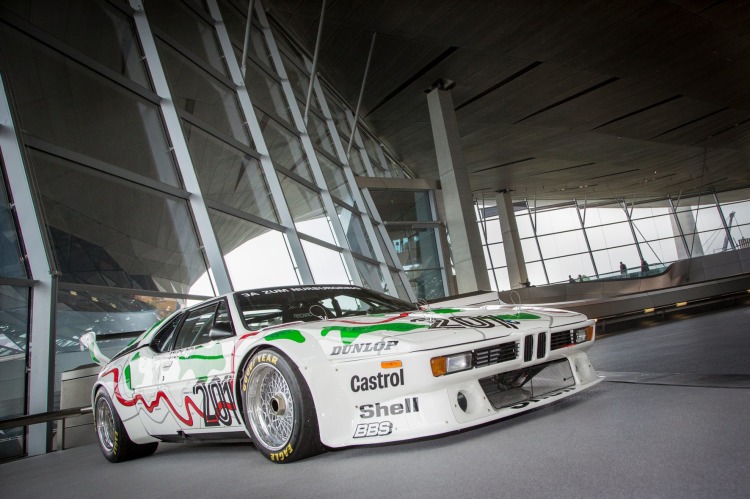 Jochen Neerpasch, the founder and then head of M Division, with help of Max Mosley, got smart and decided to build a home for his M1 project if they couldn’t adapt to the Group 4/5 requirements – thus the Procar Series was born for the 1979 season.

The Procar Series was a one-make series for the M1 that preceded each of the Formula One races and included Formula One drivers coupled with drivers from a wide array of other racing series.

A total of 54 specimens of the BMW M1 race version were built, each carrying its own style. 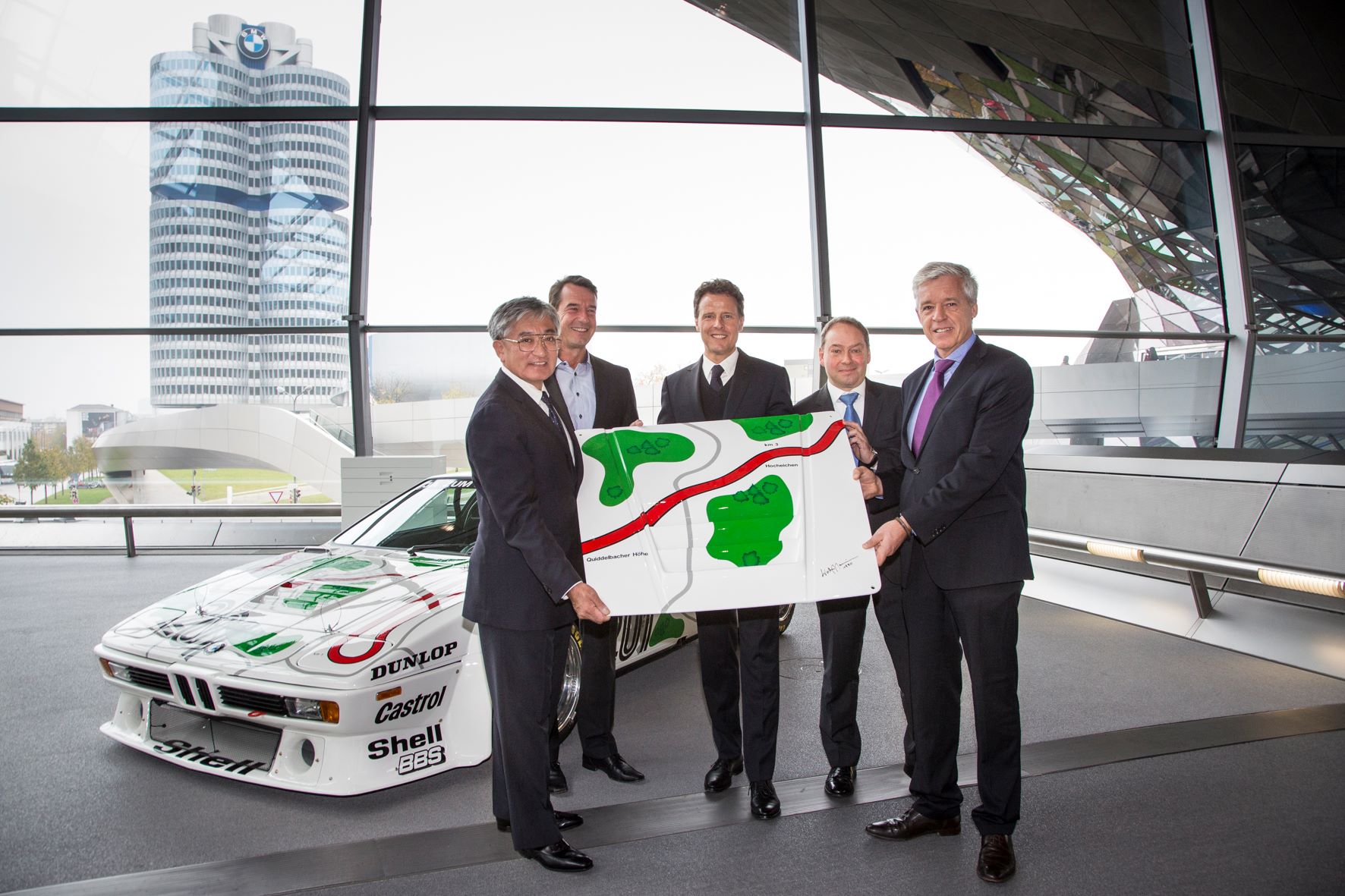 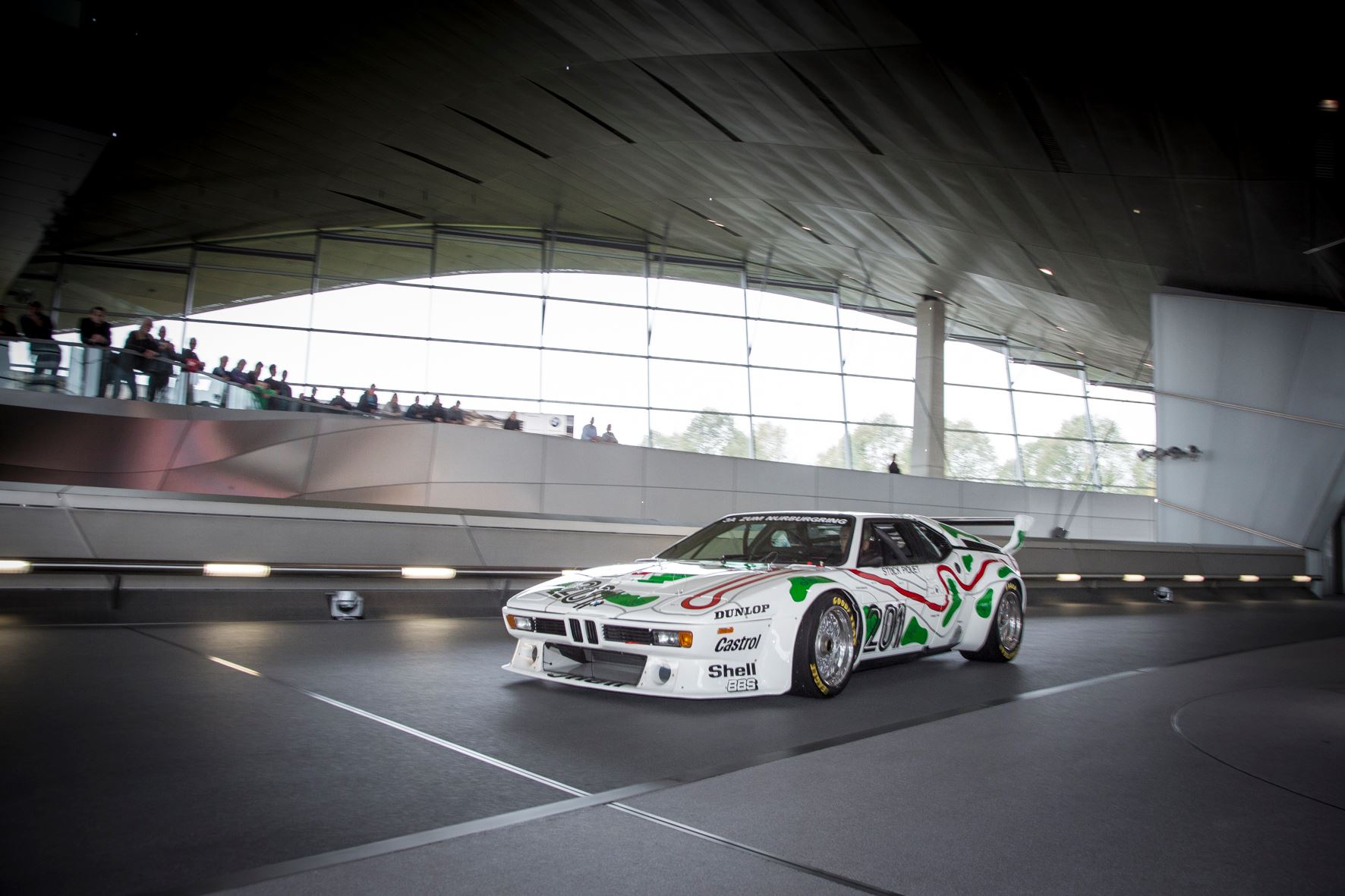 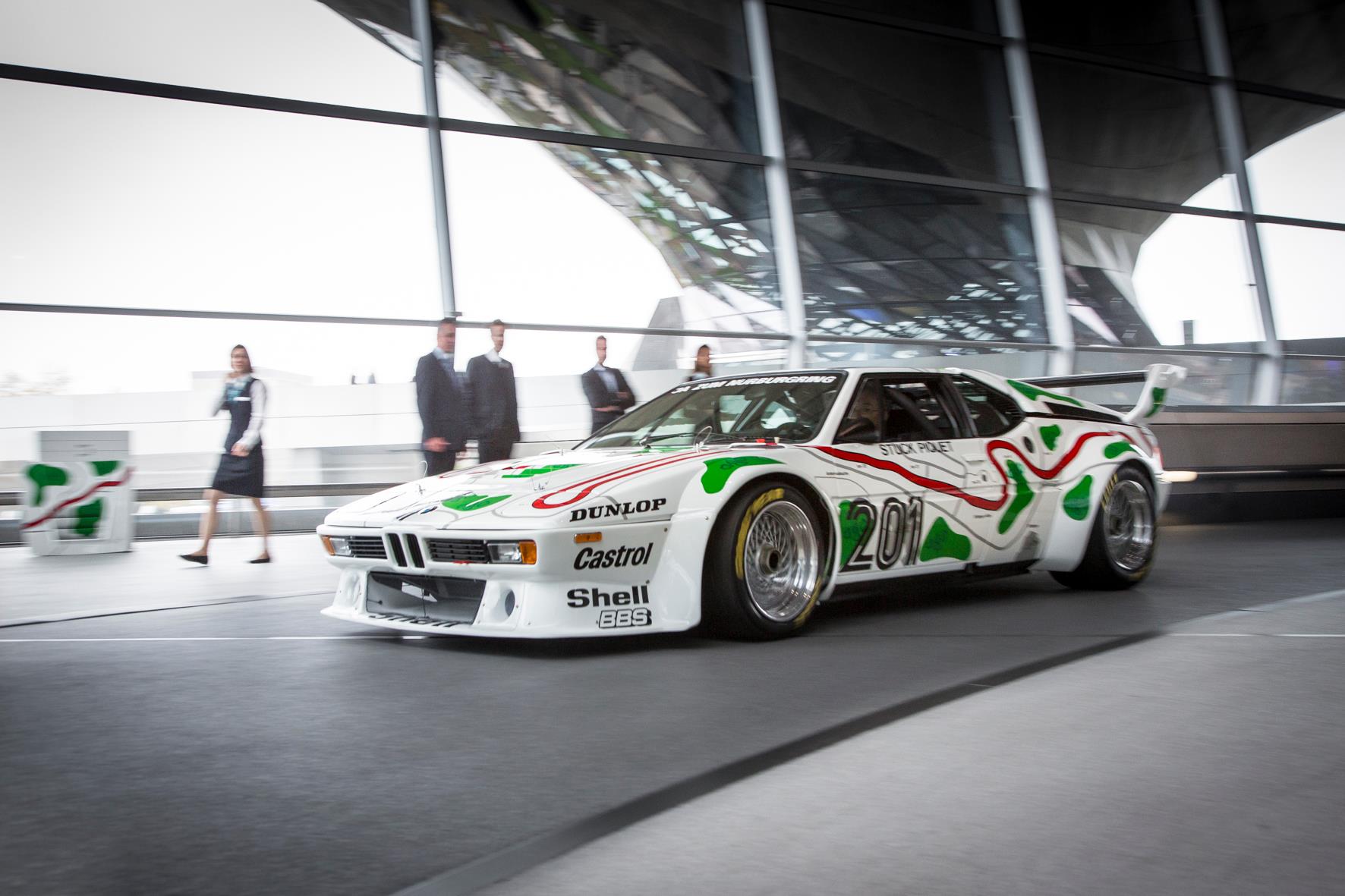