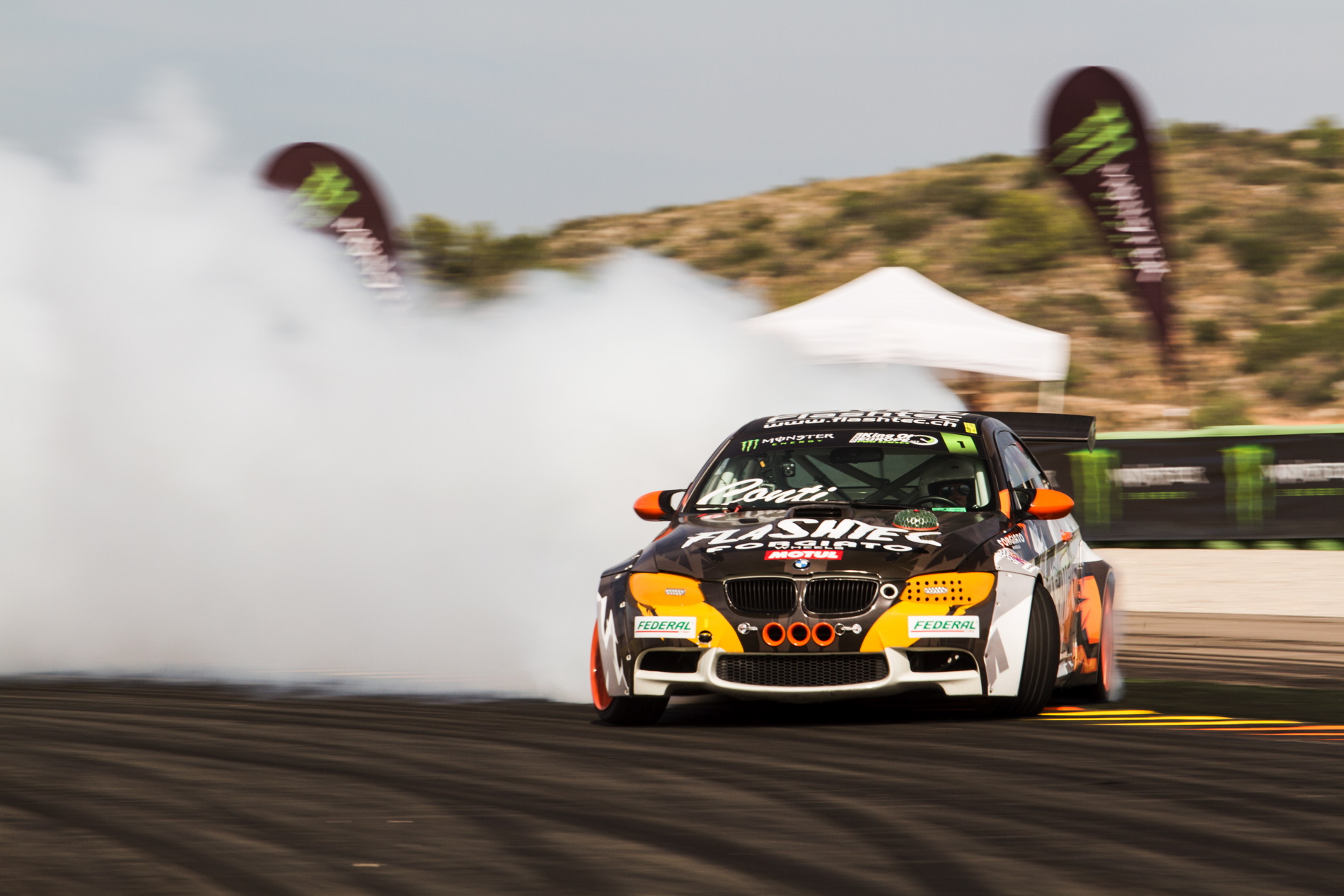 Francesco Conti: “2014 has been a memorable year for my drifting career. Becoming an Ambassador for the world’s biggest BMW fans meeting place, BMWBLOG, is an overwhelming statement of appreciation towards my efforts in European drifting over the past few years.

The same goes for the immense support from companies like Flashtec, LibertyWalk and ForgiatoWheels which have brought their own contribution to the program. I hope that for future years I will be able to make all BMWBlog followers proud of my racing career, and that together we will become European Champions and maybe even more!” 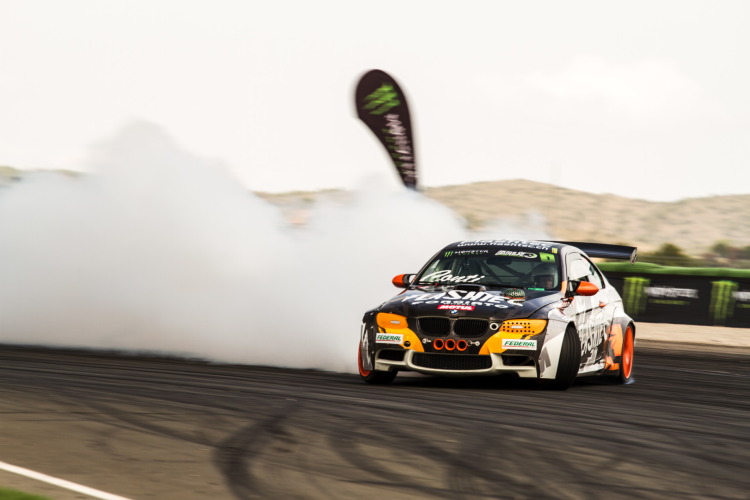 He started drifting in 2009, behind the wheel of a BMW M3 E46. The following year, he became Italian Drift Champion behind the wheel of the same car. Then for 2011, Francesco Conti built an unique BMW M3 E92 GT4 specifically for drifting, the first one of its kind in the world to be more precise. And he won the Italian championship again.

Looking for a bigger challenge, the Italian driver decided to pursue his dream of becoming European Champion. In his first year of international racing, Francesco Conti became ViceChampion of the King of Europe Drift ProSeries, which span events across the European Continent. In 2013, after supercharging the powerhouse on the M3 E92 GT4, Francesco Conti became No. 1 in Europe, after taking 7 podiums in 8 events, crushing his opponents time and time again. 2014 marked the 3rd year of International racing for Francesco Conti and his BMW drift car, and the link between “old” and “new”. 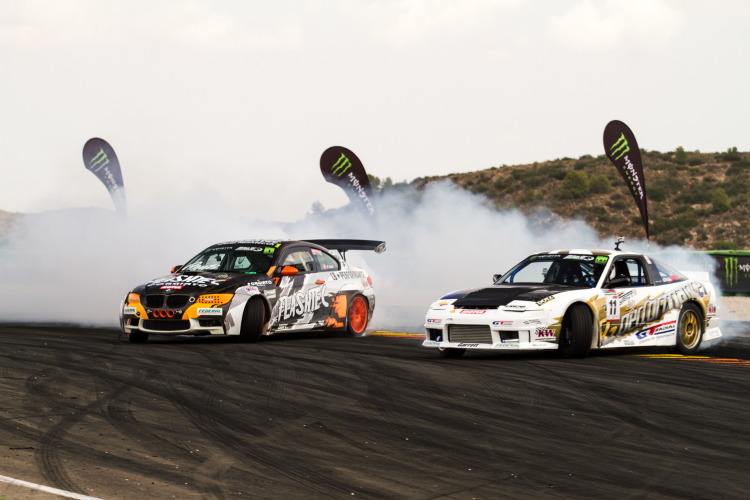 The 2014 season started for the European Champion in a similar, but slightly upgraded version of the BMW M3 E92 GT4. After some more fine tuning to the suspension setup, drivetrain and engine, without increasing the power though, a LibertyWalk bodykit was installed on the car, further putting the marvelous design of the bavarian engineers under the spotlight. For this 10th anniversary season of the King of Europe Drift ProSeries, Francesco and his team ran the full circuit which included stops in Austria, Italy, the United Kingdom, Poland, Hungary, France and Spain.

Man and machine, working together in perfect harmony, have managed to win the hearts of tens of thousands, probably even hundreds of thousands of fans across the planet. After a mostly flawless season in 2013, mechanical-wise, 2014 did not go off to a very good start, with small, unexpected issues popping up in crucial moments during events. But everything started to click together towards the second half. Advancing with Round 5 of the European Drift Championship, which was scheduled to take place on an actual mountain road, just like you would see in the Fast and the Furious Tokio Drift movie, Francesco unleashed his full potential, and went on to get a memorable victory and first podium of 2014. One week later, bad luck struck without any prior warning, and the Supercharged S65B40 suffered a failure in piston no. 7, taking Francesco out of the race much earlier than anyone had ever seen it happen before. 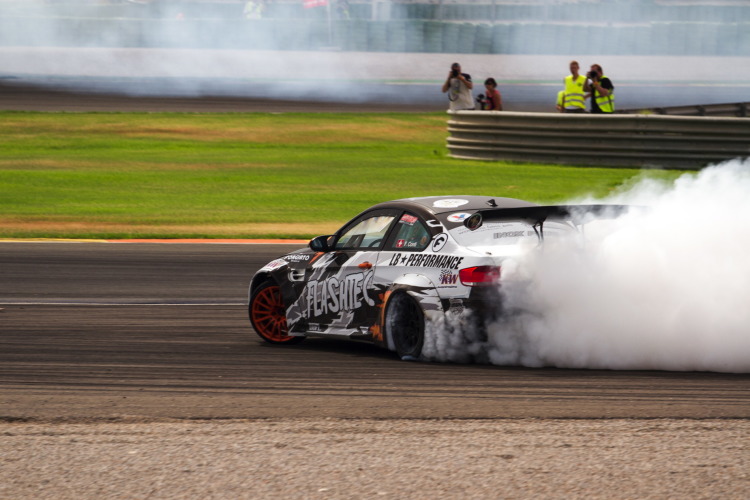 Competing at such a high level can always be troublesome when it comes to mechanical issues, especially when the cars are used to their full extent, in the harshest of conditions. After all, being redlined while sideways at speeds of over 100 kilometers per hour, in door to door , seemingly physics defying action can be hazardous. But Francesco Conti is not the man to be stopped or intimidated so easily. After the engine failure at round 6, he swapped in a brand new S65B40, supercharged it, fine tuned it to about 622 horsepower, and came back strong at Round 7 in France, where he once again flew by every single opponent, and stepped on the top spot of the podium once again. Standing in 2nd place in the overall rankings, and with just one more race to go, Francesco knew it would all come down to the battles in Spain, where the final was about to be held, on the Official Race Track in Valencia. After defeating his opponents in the Top32, Top16, Top8 and Top4, Francesco found himself going up against the North American Drift Champion, Vaughn Gittin JR, in the final battle of what has been, the most competitive and spectacular King of Europe Drift ProSeries season of all times. Even though having almost 150 horsepower less at his disposal in comparisson to his opponent, Francesco Conti went all out, hoping to conclude the year with another well-earned victory, but in the end , the judges would rule in favor of the North American driver, leaving Francesco Conti in 2nd Place by the end of the race, and by the end of the 2014 season at the same time. 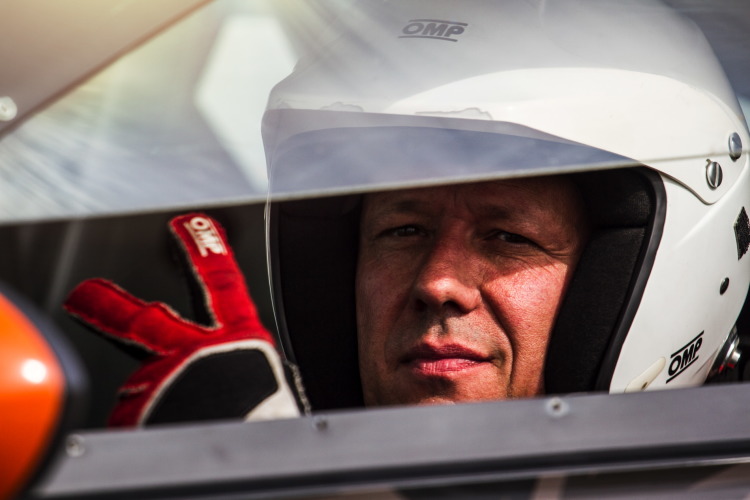 “It has been a year with ups and downs for me. Even though we have thoroughly checked the car before and after each race, some extremely small technical failures have prevented us from becoming European Champions for the 2nd time. I’ve had an amazing 4 years behind the wheel of my BMW M3 E92 GT4, and there’s absolutely nothing I can complain about when speaking about the car! I’ve always had BMW in my heart, and so I have decided that for 2015 I will take things to the next level, by building what is probably the first ever drift spec BMW M4, in the world. I still have big plans for the E92, and with the huge support coming from my sponsors, I will continue to fight proud for all BMW fans and lovers across the planet. ” said Francesco in closing statement about his 2014 season.

BMW is without any doubt one of the most competitive brands in the world of Professional Drifting, with many of its models finding their way on racetracks across the planet. With the launch of the new generations of vehicles from Bayerische Motoren Werke AG , especially looking at the M4 , which have proven to be most promising as drift projects even in factory spec, with full-street trim, there is a certainty that BMW will continue to dominate the Global Drift Scene, and thus reach out to more and more sports cars enthusiasts, as hundreds of millions of people follow the development of the motorsport worldwide. 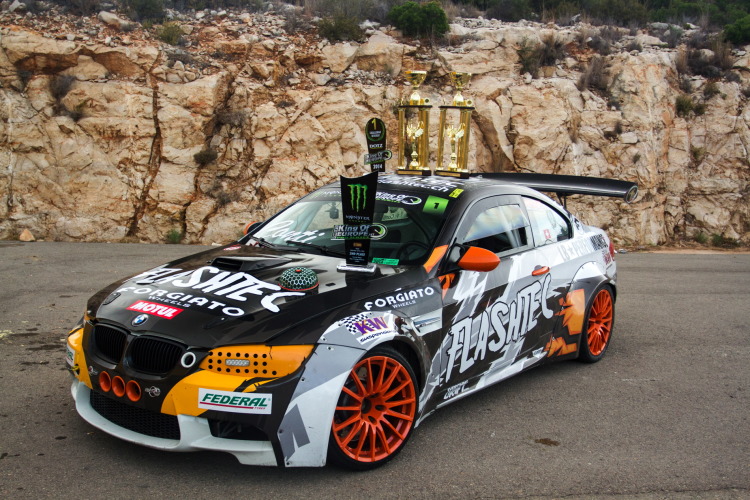 BMWBLOG will continue to support Francesco’s venture inside King of Europe, and some secret, yet unrevealed projects, as we will deliver live updates, extensive photo galleries and exciting new videos, all revolving around the spectacular drifting moments of the European Champion in his high performance, unique BMWs .