A recent press release informs that SGL is tripling its capacity to create raw carbon fiber. BMW will directly benefit and their capacity to create cars utilizing CFRP increases subsequently. The increase is said to be take production to 9000 tonnes of CFRP annually.

Some back of the envelop guesstimates show that if it takes roughly 200 pounds of carbon fiber to build an i3, they may be able to move from producing 30,000 i3s annually to around 100,000 – or some blend of iCars and parts for the rest of the model line. But this certainly is not enough of an expansion to migrate all model lines to CFRP passenger cells. 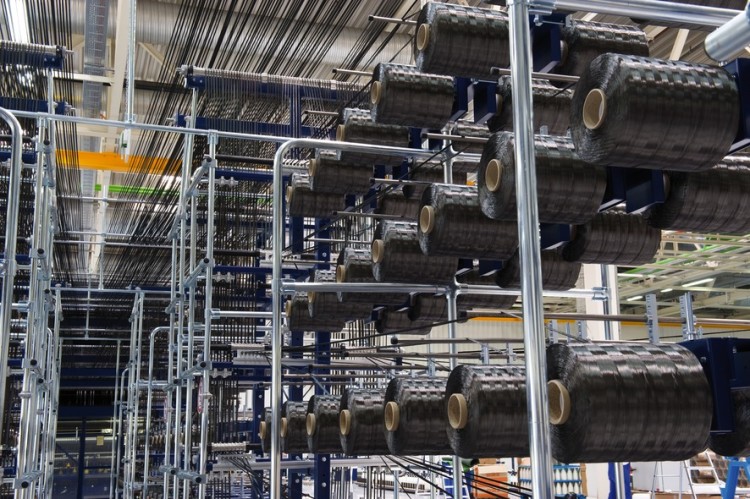 It will be interesting to see what the mix of targets for the additional CFRP production are. We do think that there will soon be additional iCars, the i5 being the model most hinted at. And the G generation 7 series may go on a comprehensive weight shedding program that entails extensive structural use of CFRP. Stay tuned . . .

The interwebs are abuzz, yet again, with rumors of a front wheel drive (FWD) BMW Z2. We’ve been over this ground in the past – and we’re wondering if BMW isn’t having a good time laughing at how seriously the news is being taken (and how much it’s being spun).

So far, no one has snapped a spy photo, that we are aware of, of the FWD Z2’s front tires howling in agony as they’re scraped across the surface of the Nordschliefe – so for the time being we’re going to hold off on breathless reporting of a BMW FWD ‘sports car’.

There is one proven way to correctly utilize a transverse FWD drivetrain in a sports car. And that is by placing the FWD drivetrain into a mid-engined configuration. There are cooling issues that have to be resolved from an engineering and styling perspective. But packaging constraints should not be a consideration. Sports cars are not, by definition, utilitarian, and subsequently packaging constraints – what FWD is good at resolving – should not hold sway over how the car is built.

What we will say about a FWD sports car is, “You may be able to build the best FWD sports car but the best sports car will never be FWD.” BMW management hasn’t been that cocksure and tone deaf to think they can do something that has proven to be as much of a non-starter as a FWD sports car – after all they have to know that the world is not beating down the doors of MINI dealerships wanting to buy the two seat cabriolets and coupes.

Personally I hope that a FWD two-seater ‘sports car’ would never be under consideration for sale as a BMW.