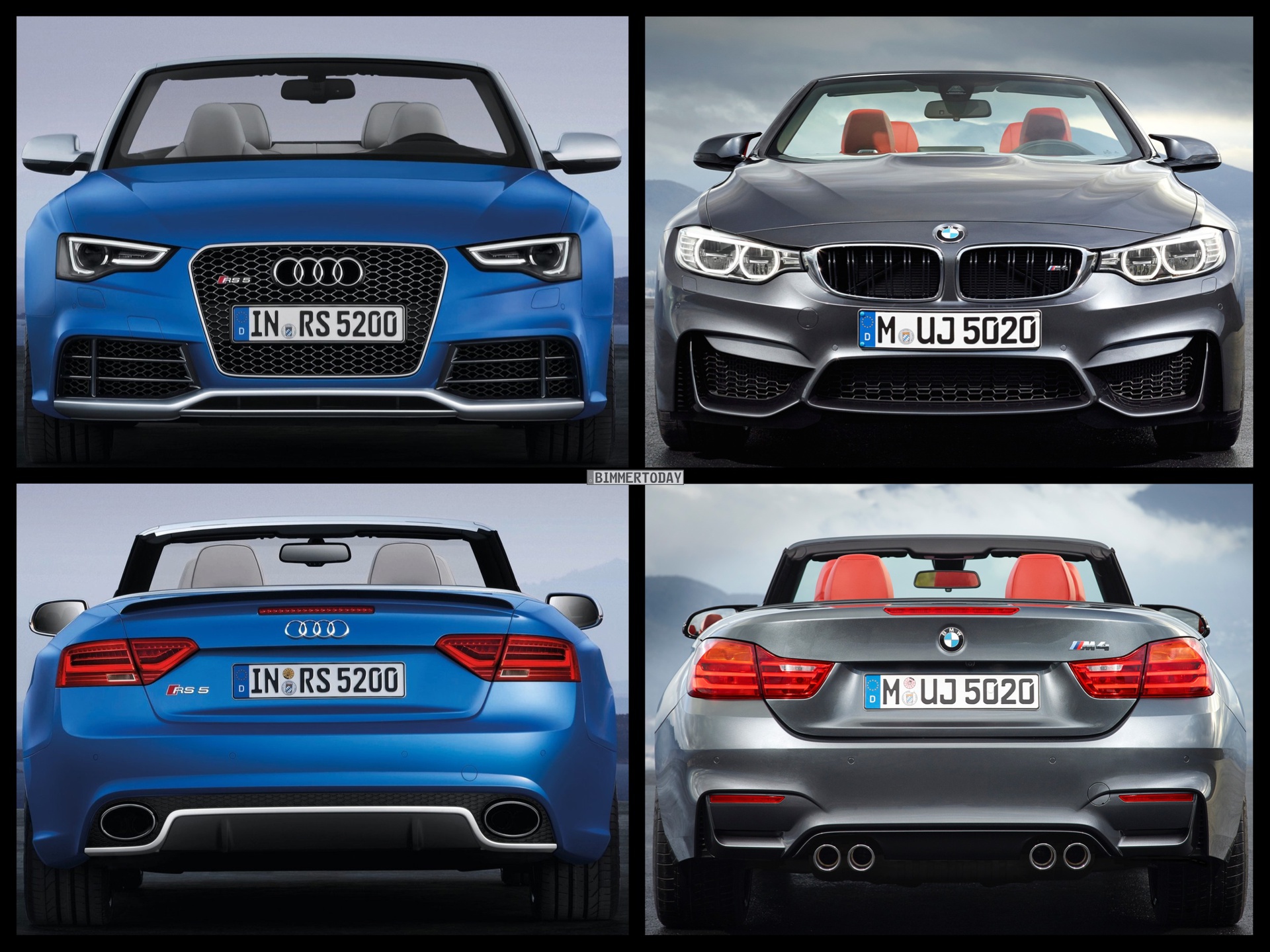 As always, BMWBLOG puts a photo comparison of a new BMW model against its competitors. First comparison gives us a 360 view at the design of the 2015 BMW M4 Convertible and how it compares against the Audi RS5 Cabrio.

The F83 2015 BMW M4 Convertible will debut in two weeks at the 2015 New York Auto Show and just like its brothers, the M3 Sedan and M4 Coupe, BMW has placed great importance on lightweight construction and super sporty design.

Although the three-part folding metal roof ensures a considerable increase in weight, BMW M managed to achieve a 1750 kg curb weight (with manual transmission) for the M4 Convertible.

A comparison with the Audi RS5 Cabriolet, however, is not easy because Ingolstadt-built cabriolet has an extra weight of 170 kg leads due to the larger engine (V8) and the quattro system. 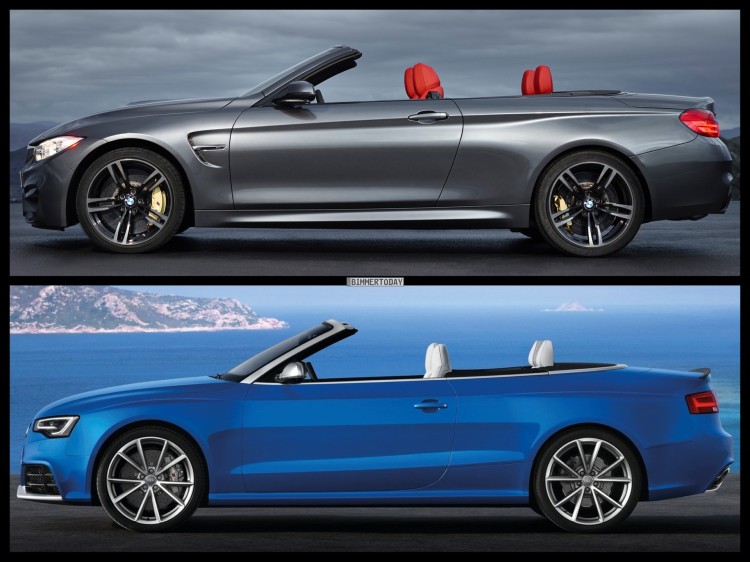 The twin-turbo inline six-cylinder S55 produces 550 Newton meters of torque points between 1850-5500 rpms. he naturally aspirated engine of the Audi RS5 Cabriolet provides its maximum torque of 430 Newton meters between 4000-6000 rpms. The standard consumption for the Audi RS5 is 10.7 liters per 100/km which is about 20 percent higher than the six-cylinder M4, which comes to 8.7 to 9.1 liters depending on gear. 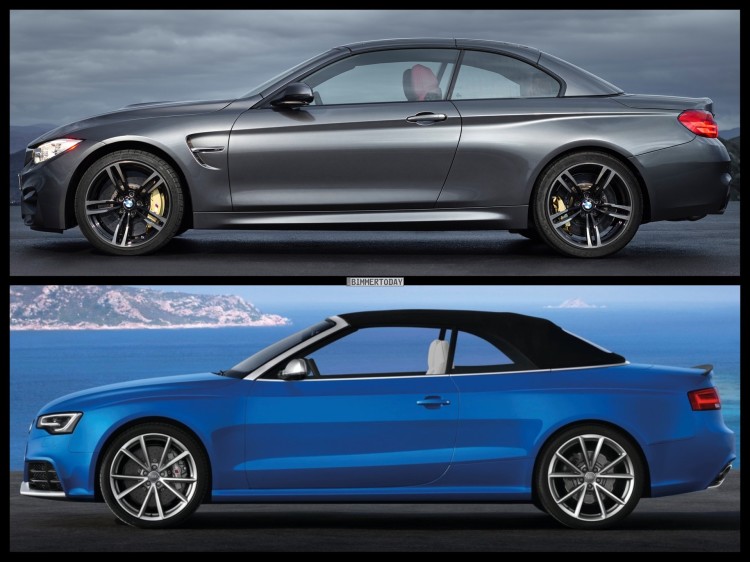 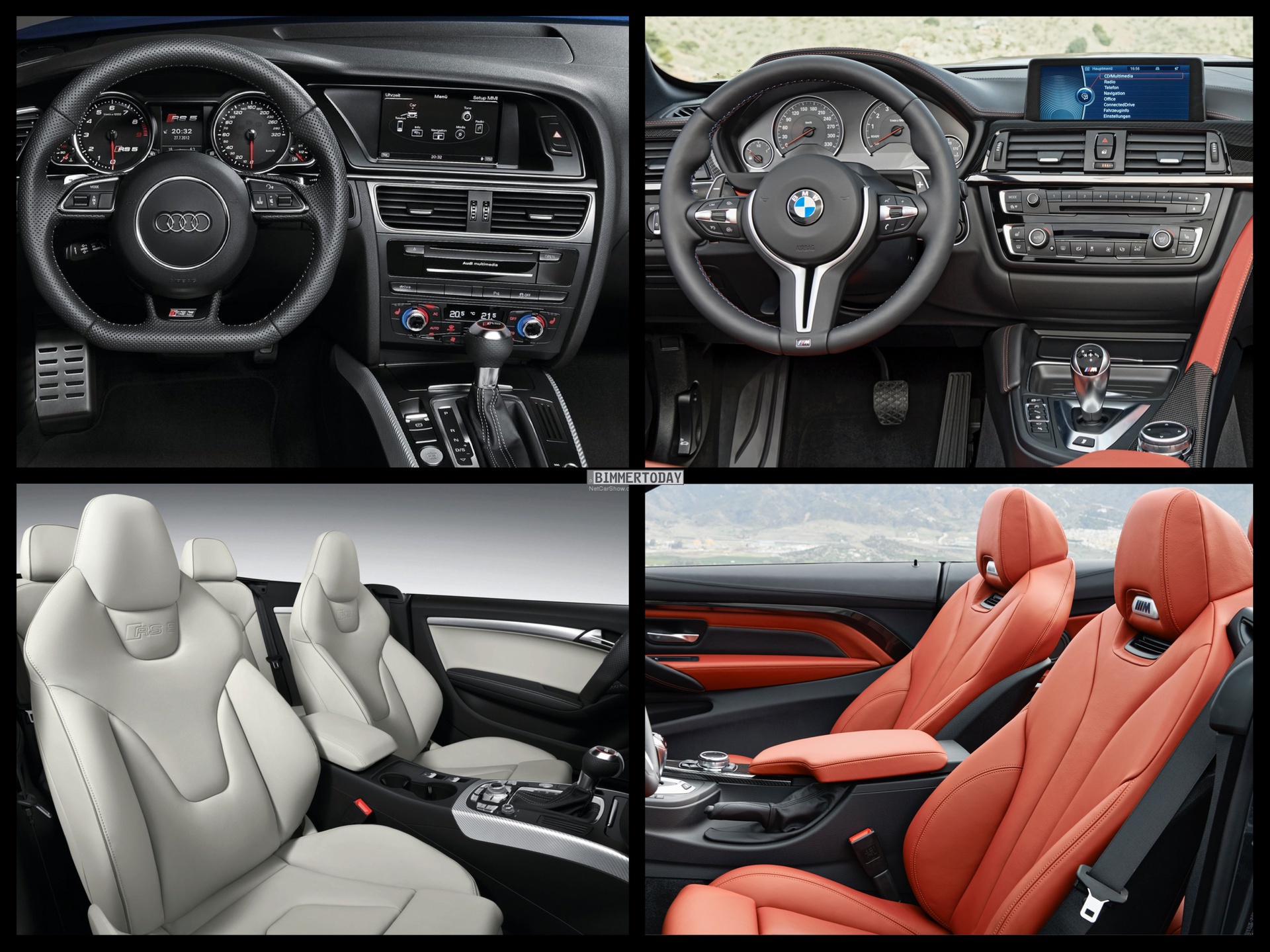 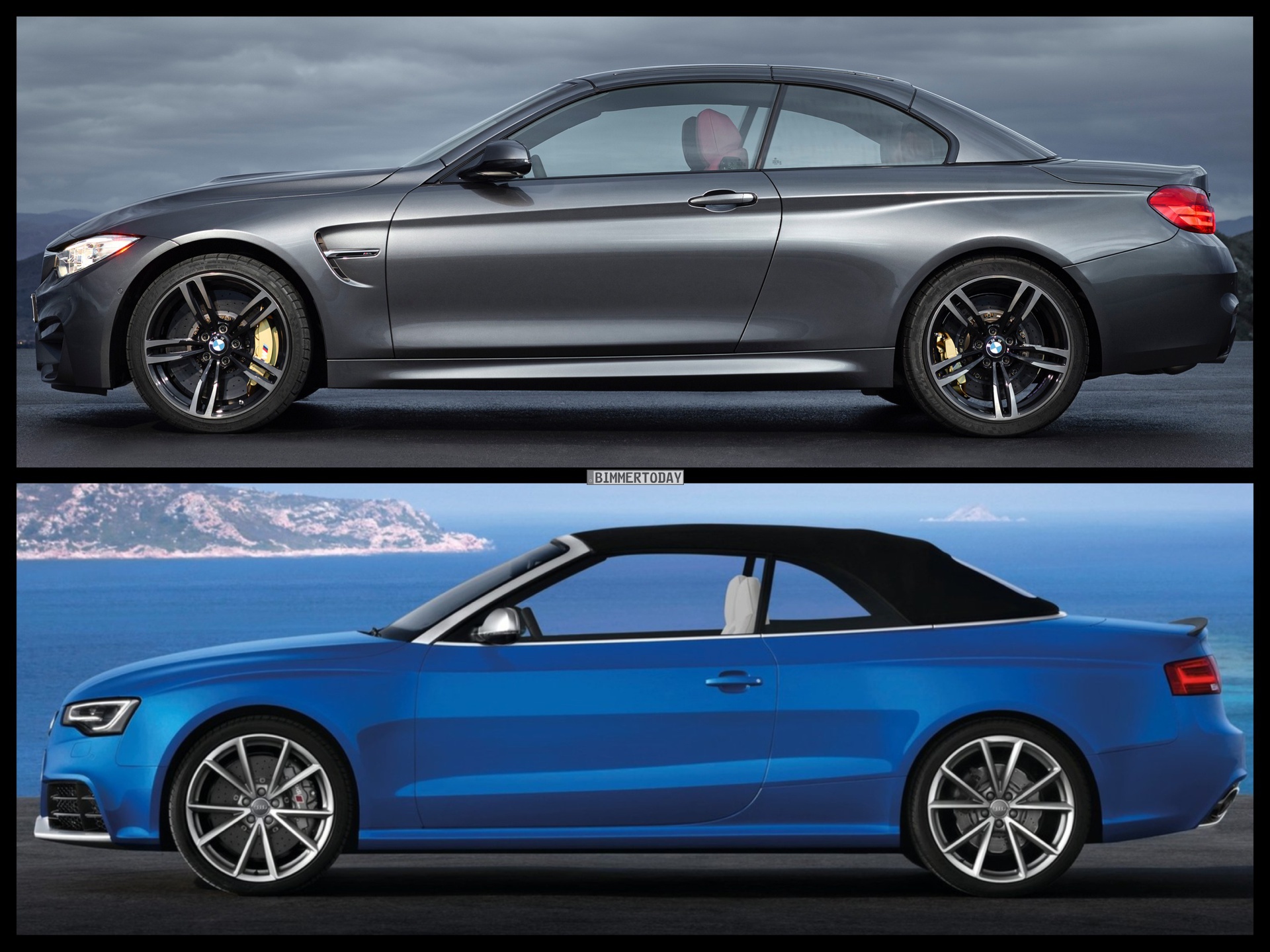 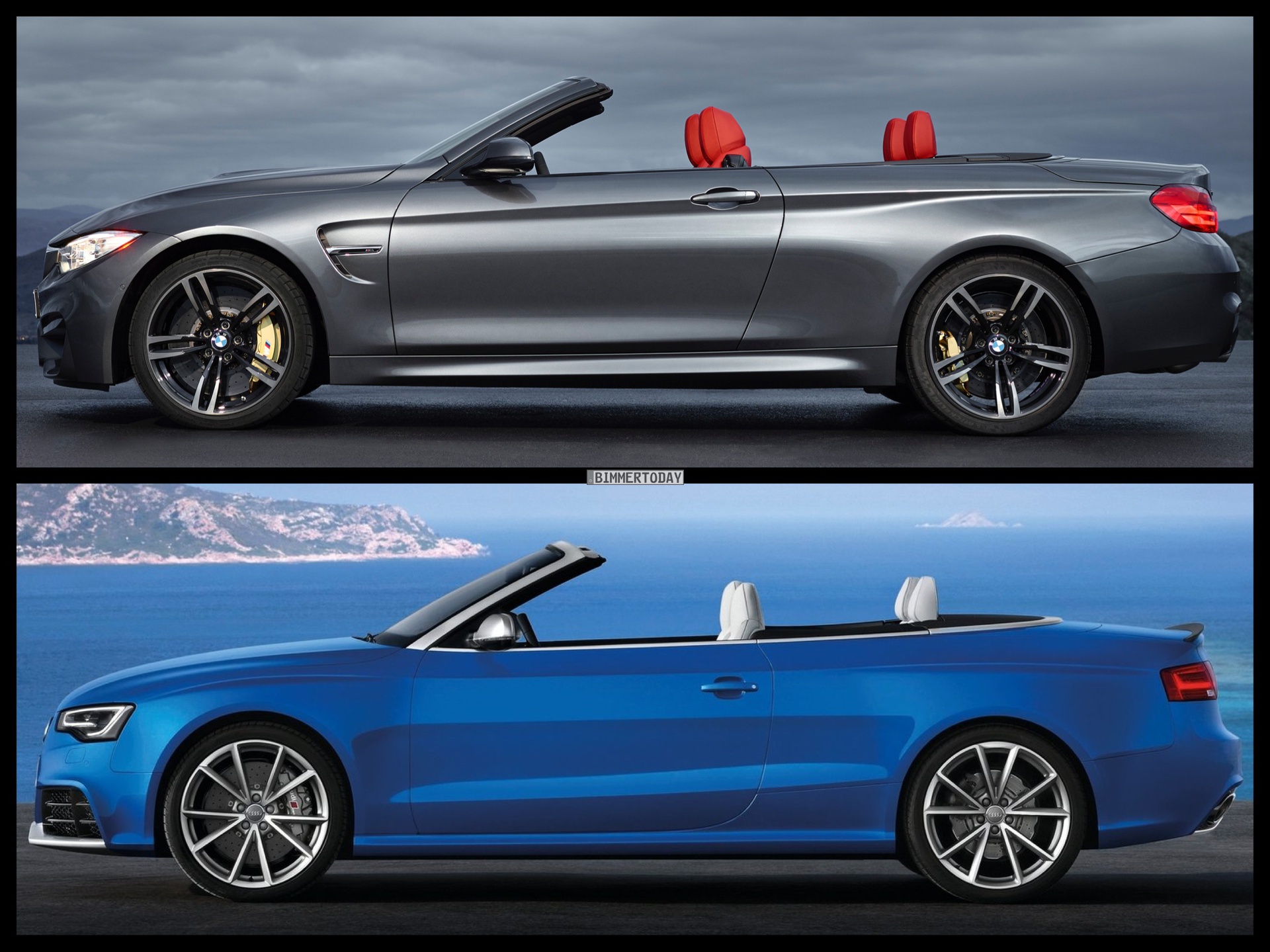 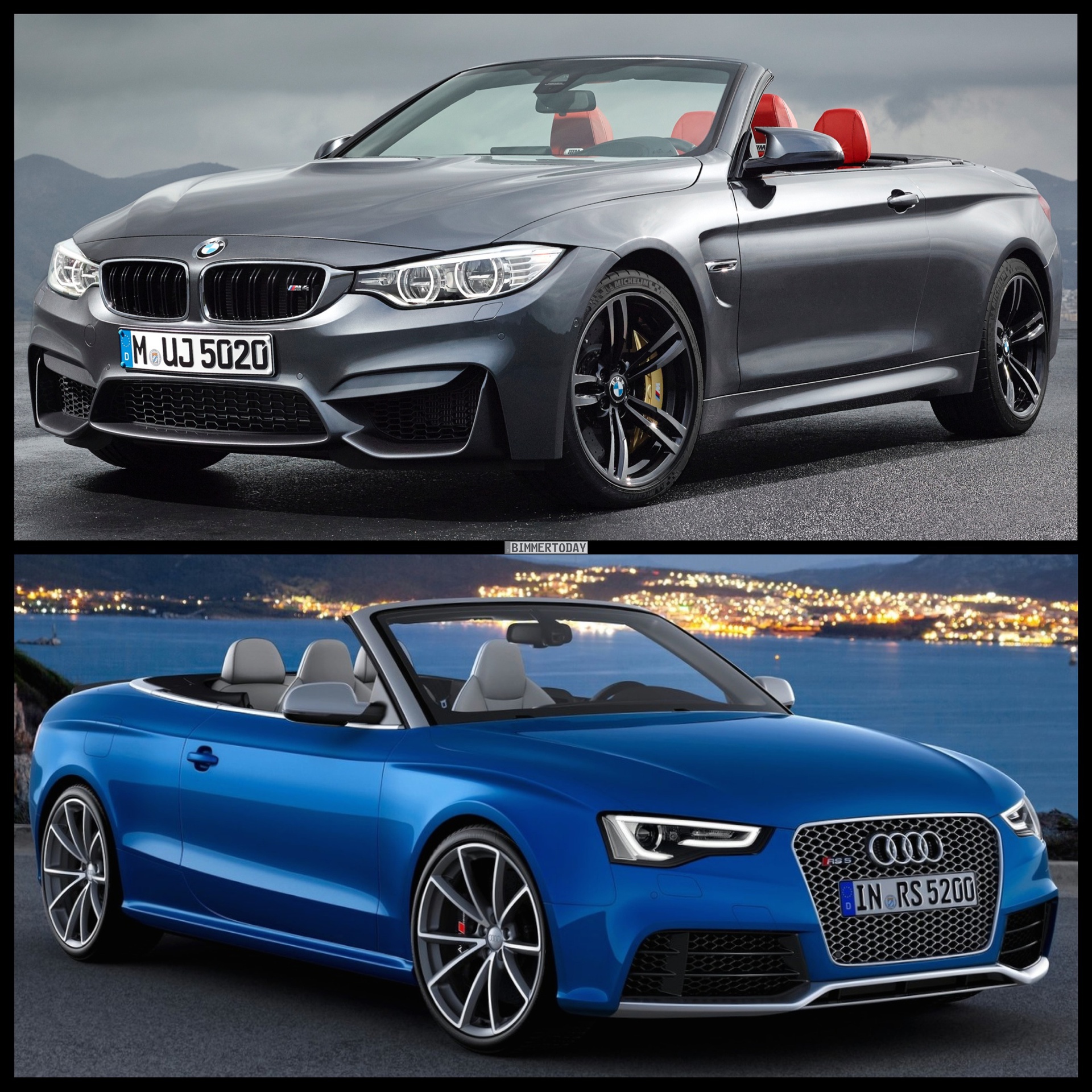