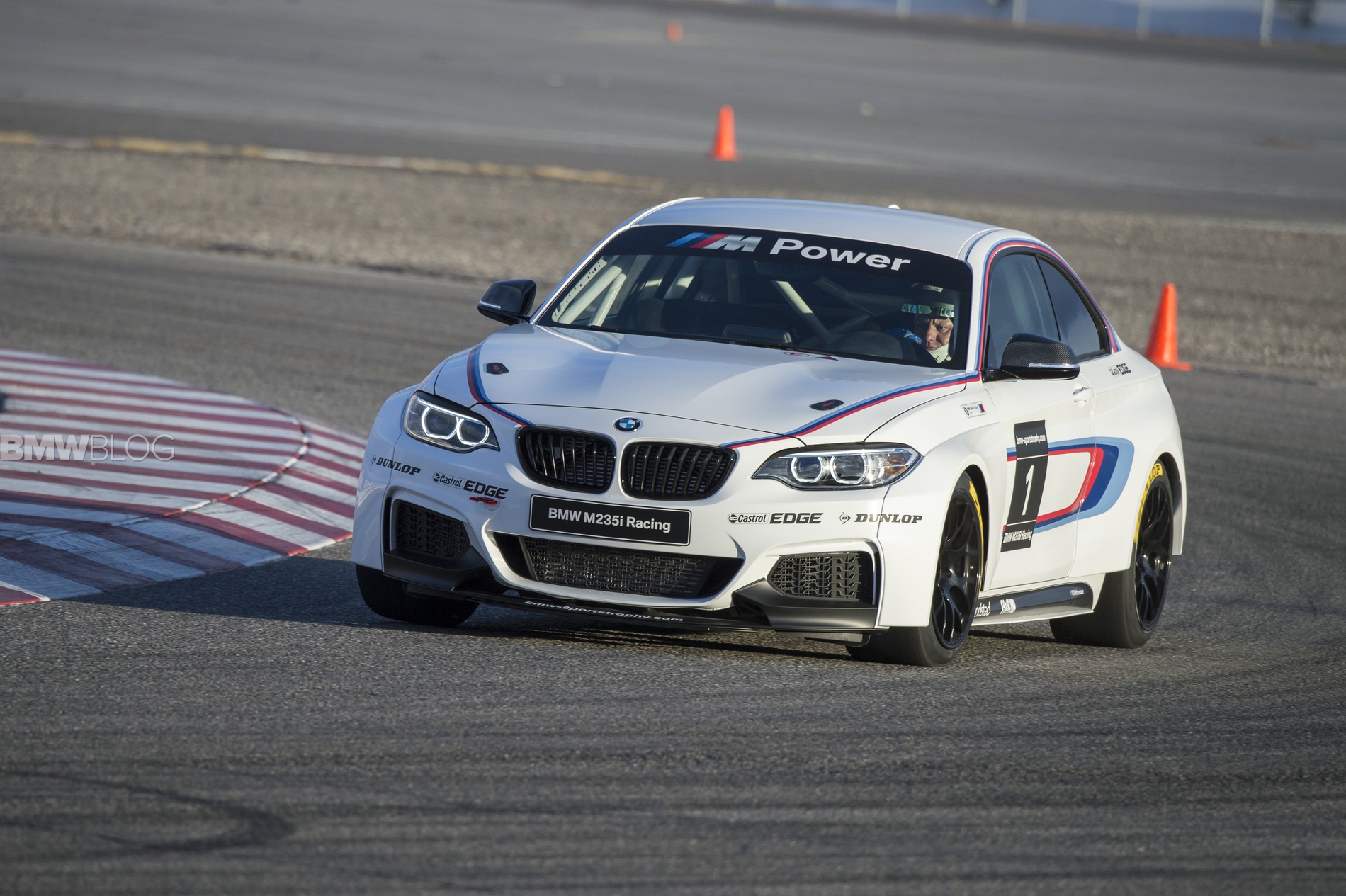 The BMW M235i Racing is currently the talk of the town among privateer teams and drivers. The car will debut at the Nürburgring 24 Hours and then at the VLN Endurance Championship or the Rundstrecken-Challenge Nürburgring (RCN). The new car will be a strong ally in their quest to master the challenging Nordschleife.

With its 333-hp turbo six-cylinder and developed by experienced experts chassis, the racing version of the BMW 2 Series Coupe will be able to deliver impressive performance for relatively little money: the price is 59.500 EUR plus VAT. 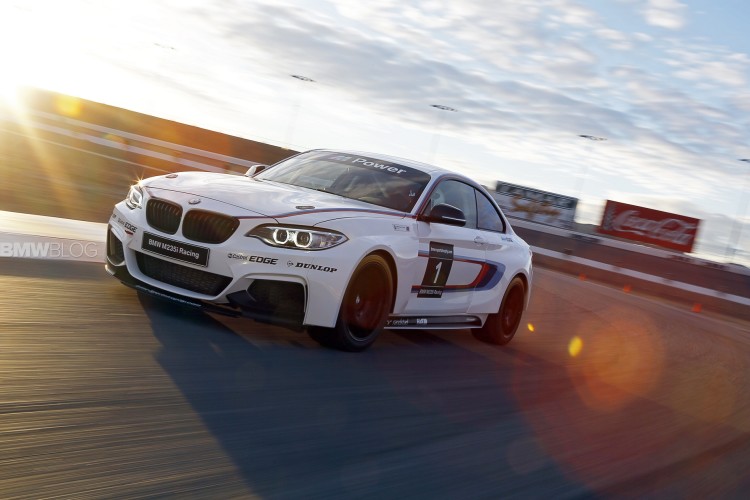 Here is an excerpt from their review:

After completing a few laps with the traction control in its sport setting, I put on my brave face and switched everything off. The sticky Dunlops ensured remarkable traction, allowing you to get on the power before the apex, with only a slight wiggle from the rear in protest. Yet everything felt very predictable and reassuring.

The limited slip differential was another welcome ally, providing further stability and traction. Modified from its settings on the road car, and still receiving final tweaks, I’d swear you could feel it transferring power across the rear axle in the transitions. Whatever it was, there was no lack of confidence while driving the car.

After his laps, Hand would decrease the tire pressures, finding more grip in the process but I was still in the learning phase. Given only 10 or 11 laps to familiarize myself, I concentrated on trying to interpret what was happening and where I was going.

However, I did expected more heft to the steering with its wide front tires ¬– the square set up front and rear was designed to save teams from needing different size spares, even allowing the rubber to be rotated. Again, the M235i Racing retained the stock electric steering of the production M235i, but BMW’s Dynamics engineers had worked tirelessly to get the ratio and weight right. Certainly the turn-in was beautifully precise, but I’d have requested a little more weight. Joey Hand was of a similar opinion but, two days after his Daytona 24 Hour appearance, his frame of reference was very different to mine…