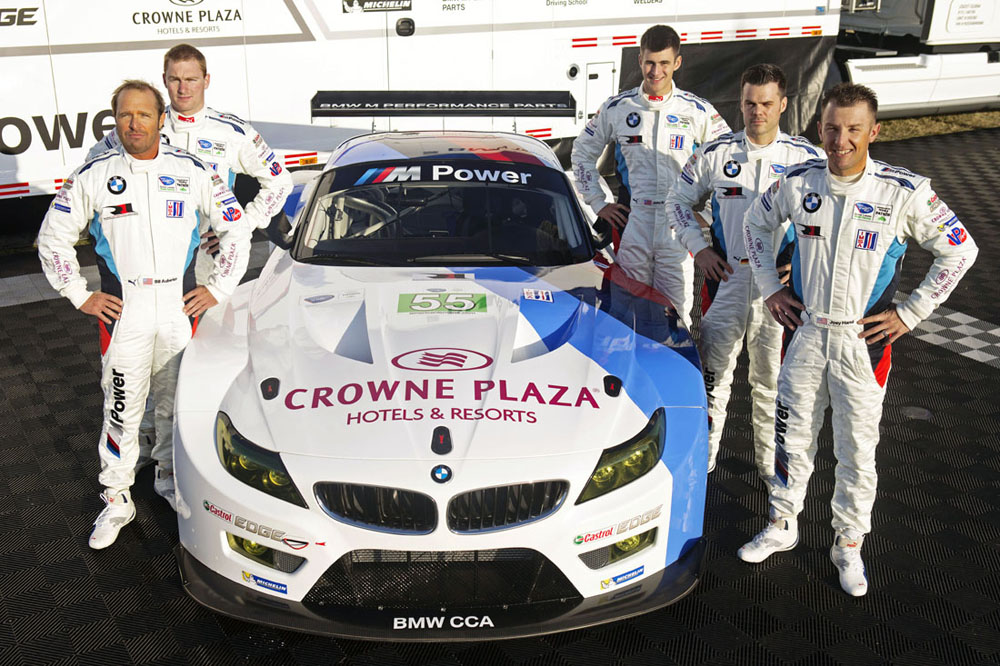 BMW Team RLL travels to Long Beach, California on April 20th for the second round of the 2013 American Le Mans Series season and the next act in the debut season of the BMW Z4 GTE.

The new machines had an excellent first race at the season-opening 12 Hours of Sebring in March. Running competitive lap times at the sharp end of the GT field for the first two-thirds of the race, the team ultimately finished fourth and seventh after mechanical problems hindered any chance at challenging for the podium. With some five weeks to integrate the findings from Sebring, the Bobby Rahal-led team is confident the new cars are ready for Long Beach – a race the team has always finished with at least one car on the podium.

In 2009, the debut year of the M3 GT, Dirk Müller and Tommy Milner finished third in the No. 92 car. In 2010, Bill Auberlen and Milner drove the No. 92 M3 GT to third. 2011 saw Joey Hand and Dirk Müller win the race from the pole on the way to the season’s driver’s title. Last year, Hand and Müller finished second in the No. 56 car. 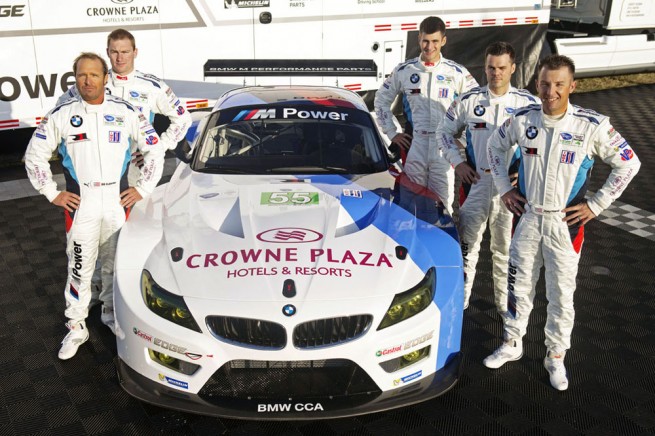 “We have had very competitive cars here over the last four years; we have been on the podium every year and won in 2011,” said Bobby Rahal, Team Principal. “While I think we are at a top-speed disadvantage currently with the Z4, the car has very good handling and on a street circuit that’s probably the most critical part. I suspect we can be competitive again this year even though the car is new. Certainly we are optimistic although, as we saw at Sebring, the competition is extremely tight and there are more players now that actually have a chance of winning the race.”

Long Beach is one of the most unique venues on the schedule. The temporary street circuit packs eleven turns in only 1.968-miles and includes Shoreline Drive, the city’s signature road that runs along the harbor. Despite being the shortest race of the season – at two-hours – the Long Beach event challenges the teams on every level – including the schedule. Because the weekend includes IndyCar, track time is limited to an early morning two-hour practice and a fifteen-minute qualifying session at 5:15 p.m. local time on Friday, April 19th. No other track time is available before Saturday’s 4:30 p.m. start.

Since Sebring, all BMW Team RLL drivers have been racing BMWs in other series. Bill Auberlen (with co-driver Paul Dalla Lana) finished fifth in the Rolex race at Barber Motorsports Park on April 6 in a Turner Motorsports M3. The duo currently stands fifth in GT class points. Maxime Martin (and co-drivers Bas Leinders (BE), Yelmer Buurman (NL) finished eighth in a Marc VDS Racing Z4 GT3 in the opening round of the 2013 Blancpain Endurance Series, at Autodromo Nazionale Monza, on 14th April. Joey Hand participated in four days of pre-season DTM testing in Barcelona, Spain and Hockenheim, Germany – the site of the May 5th opening round – in his BMW Team RMG M3 DTM. Hand set the quickest time of all DTM drivers on the third day of the test. Dirk Müller (with co-drivers Jörg Müller (DE) and Augusto Farfus (BR)) made an impressive start to the VLN Endurance Championship for the BMW Z4 GT3 securing BMW’s 34th overall victory at the at the Nürburgring-Nordschleife behind the wheel of a BMW Team Shubert BMW Z4 GT3.

On Thursday evening of race week, BMW of North America, LLC, will co-sponsor the Road Racing Drivers Club Evening with Brian Redman presented by Firestone at the RRDC’s fifth annual West Coast banquet. Redman raced for BMW in 1975 and ’76, winning the 12 Hours of Sebring in 1975 (with co-drivers Hans Stuck, Sam Posey and Allan Moffat) in a BMW 3.0 CSL on the first year of BMW’s official foray into American sports-car racing. He also won the 24 Hours of Daytona in 1976 (with Peter Gregg and John Fitzpatrick) also in the BMW 3.0 CSL. “The BMW CSLs were fabulous machines, and the Sebring and Daytona wins remain the highlights of my career,” said Redman, who actually drove eight of the twelve hours to the ’75 Sebring victory.

Bill Auberlen, driver No. 55 Z4 GTE – “Long Beach is an amazing jewel on the ALMS calendar. I have never won my home race and enough is enough. I have been all over the podium, but a victory has been very hard to come by. I’ve driven more than a few BMWs in my career and I know the new BMW Z4 GTE has all the right moves to reach that top step.”

Maxime Martin, driver No. 55 Z4 GTE – “I’m really excited to discover the Long Beach track! A street circuit is always difficult to learn, but I’m looking forward to it! Bill is the perfect team mate for this race because of his experience at his home race. I’m sure I will be up to speed quickly!”

Joey Hand, driver No. 56 Z4 GTE – “A key to success at Long Beach is to unload fast. We’ve been able to do that most every year and I don’t see any reason that we won’t do it again this year. With a lower center of gravity and a wider stance than our previous M3s, the new Z4 GTE should be more agile and easier to place in the confines of the Long Beach circuit.”

Dirk Müller, driver No. 56 Z4 GTE –“After a really successful debut with our new BMW Z4 GTE I am looking forward for the next highlight at Long Beach. The track suits my driving style and I love the street circuits. The team has been working hard following Sebring and I am excited to bring momentum from the VLN win at the Nurburgring this past weekend.”

Qualifying and live streaming of the race can be found on ESPN3.com. Follow BMW Team RLL on Twitter at @BMWUSARacing for “from-the-pit-box” updates all weekend. Television coverage will be broadcast on ABC television on Sunday at 1:00 p.m. ET. More information on the program can be found at www.bmwusa.com and www.alms.com.