What cars got traded for a BMW ActiveE?

Home » What cars got traded for a BMW ActiveE?

Later this year, BMW will launch their first electric vehicle built under the BMW i sub-brand. The BMW i3 is branded as the future car for megacities and it will not only bring electric mobility to the brand but also a new driving lifestyle. To prepare for the launch of the electric brand, BMW introduced two test pilots. First one kicked off in 2009 with the MINI E, an electric conversion of the popular Cooper model. Two years later, the 1 Series Coupe electric conversion pilot kicked off and the field trial builds on the success and experience gained during the MINI E field trial which took place in several European cities and within US.

Compared to the MINI E, the BMW ActiveE electric vehicle offers space for four passengers and around 200 liters of luggage storage. The BMW ActiveE integrates all electric drive components such as energy storage unit, electric motor and power electronics in a vehicle body that was not originally intended for this purpose – and without compromising on space or comfort in the interior. 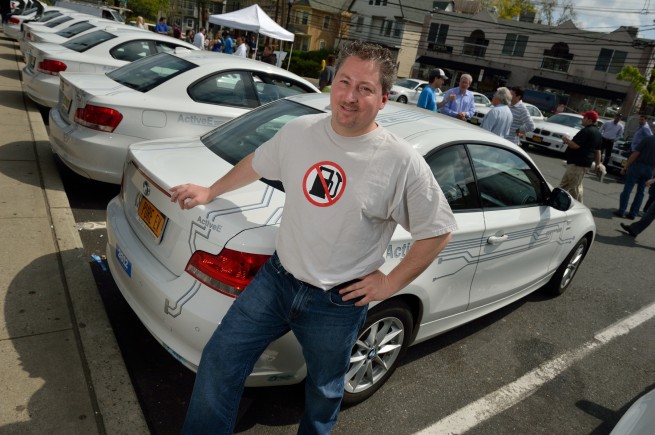 BMW made the ActiveE available to 700 participants from the metropolitan markets of Los Angeles, San Diego, San Francisco, Sacramento, New York, Boston and Hartford. The 24 months lease is $499 per month with a down payment $2,250. First customer to take delivery of the ActiveE was Tom Moloughney, one of the early BMW EVs pioneers or electronauts, a term coined after the ActiveE launch.

But what kind of cars get traded in for a BMW ActiveE? In January, the BMW ActiveE Facebook Group asked its members the same question. More than 50 ActiveE drivers responded, even though some have simply made the ActiveE an addition to their fleet. As expected, many of the ActiveE drivers were part of the MINI E pilot as well, while others were previous owners of sedans, Coupes and wagons from European brands, such as Audi, Saab and Volvo. The U.S. automaker were represented a Lincoln LS and even a Jeep Grand Cherokee. From the hybrid world, Toyota and its Prius, Honda Civic were represented as well.

If you’re a BMW ActiveE owner in the U.S. or Europe, please tell us in the comments section below what car have you traded in for the ActiveE OR what other cars you have in your garage beside the electric vehicle from BMW.