Design wise, in our opinion the 3 Series GT has more attractive proportions and lines. The four-doors with frameless window combined with the coupe-like roofline give the car a sleeker look than its older brother. At the rear, the large tailgate is complemented in some models by an extended rear spoiler, the first of its kind on a BMW. 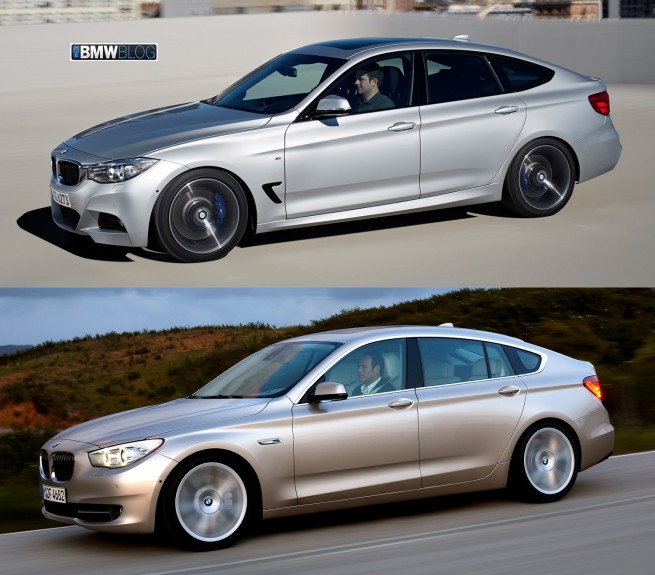 At the front, the 3 Series GT follows the F30 sedan with a headlight design that flows into the forward-slanting kidney grille. The lights are also larger on the 3er Gran Turismo than the sedan. The large air intakes give the car a bold and aggressive look. Another identifying feature of the BMW 3 Series Gran Turismo are the “blades” set into the outer air intakes of the front apron.

At the rear, the typical L-shaped taillights with two integrated LED bars. The large tailgate allows for easy access to cargo space and provides an easier way to load bulky items. 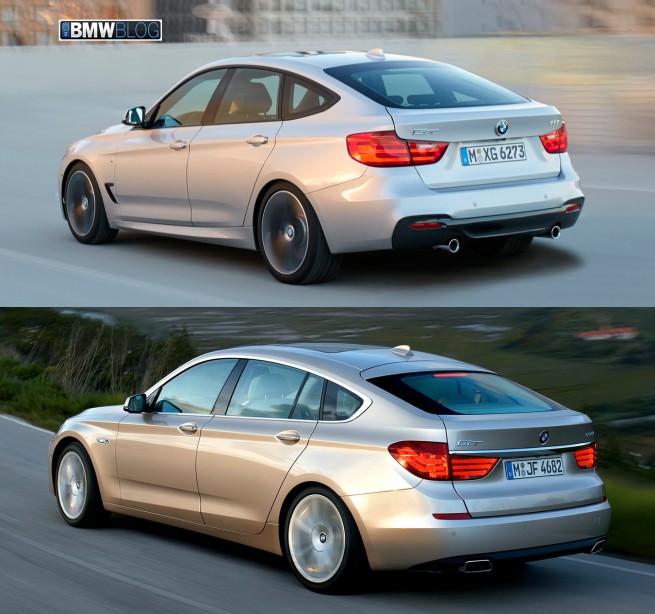 Same as the 5 Series GT, the new 3 Series Gran Turismo stands out with its interior designed to provide luxury and comfort, for both the driver and his passengers. The front and rear passengers all benefit from a seating position raised by 59 millimeters, which allows an outstanding view out and makes entry and exit significantly easier.

Here is a photo comparison and a poll that will give you opportunity to tell us which design looks better. 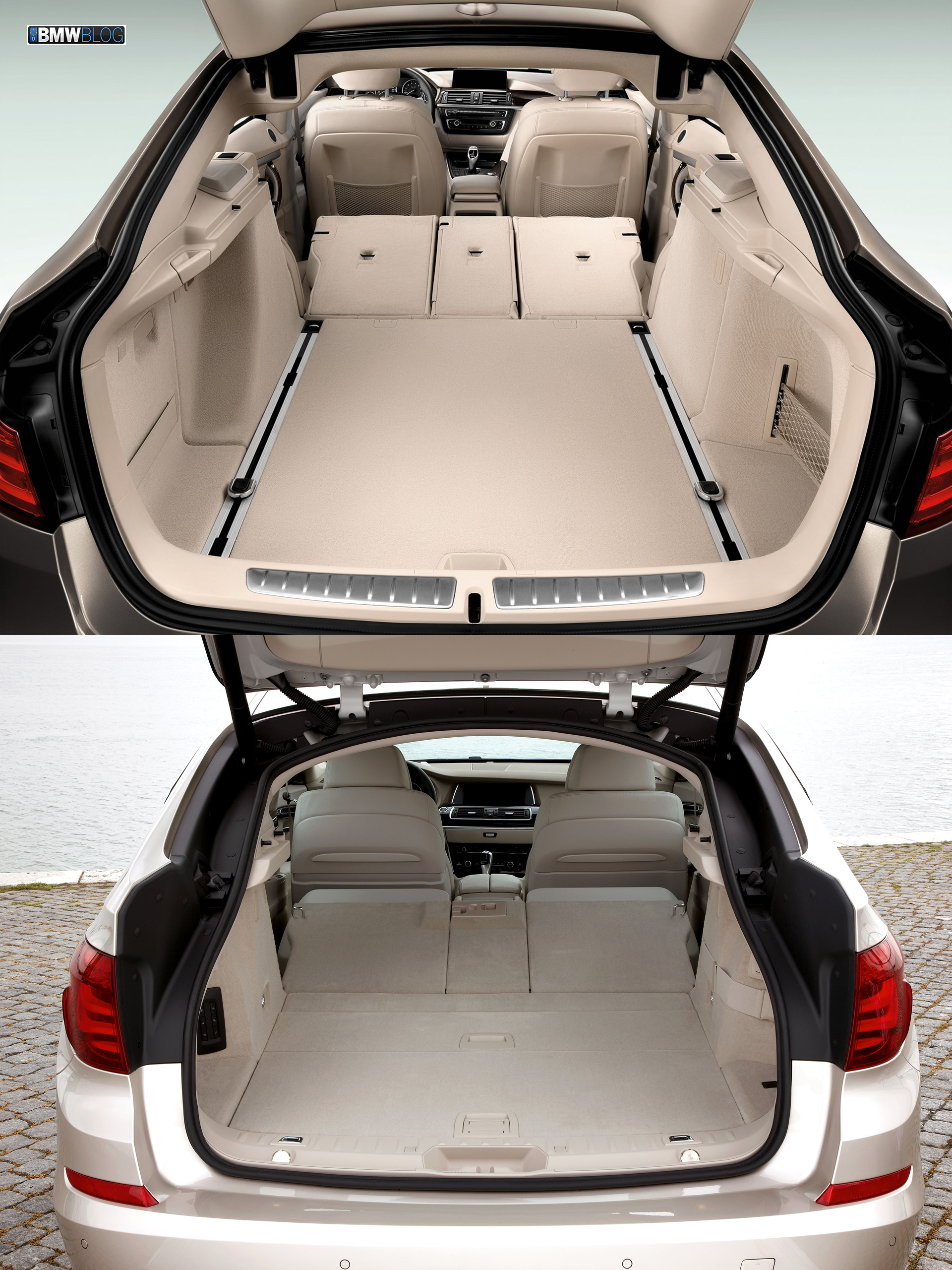 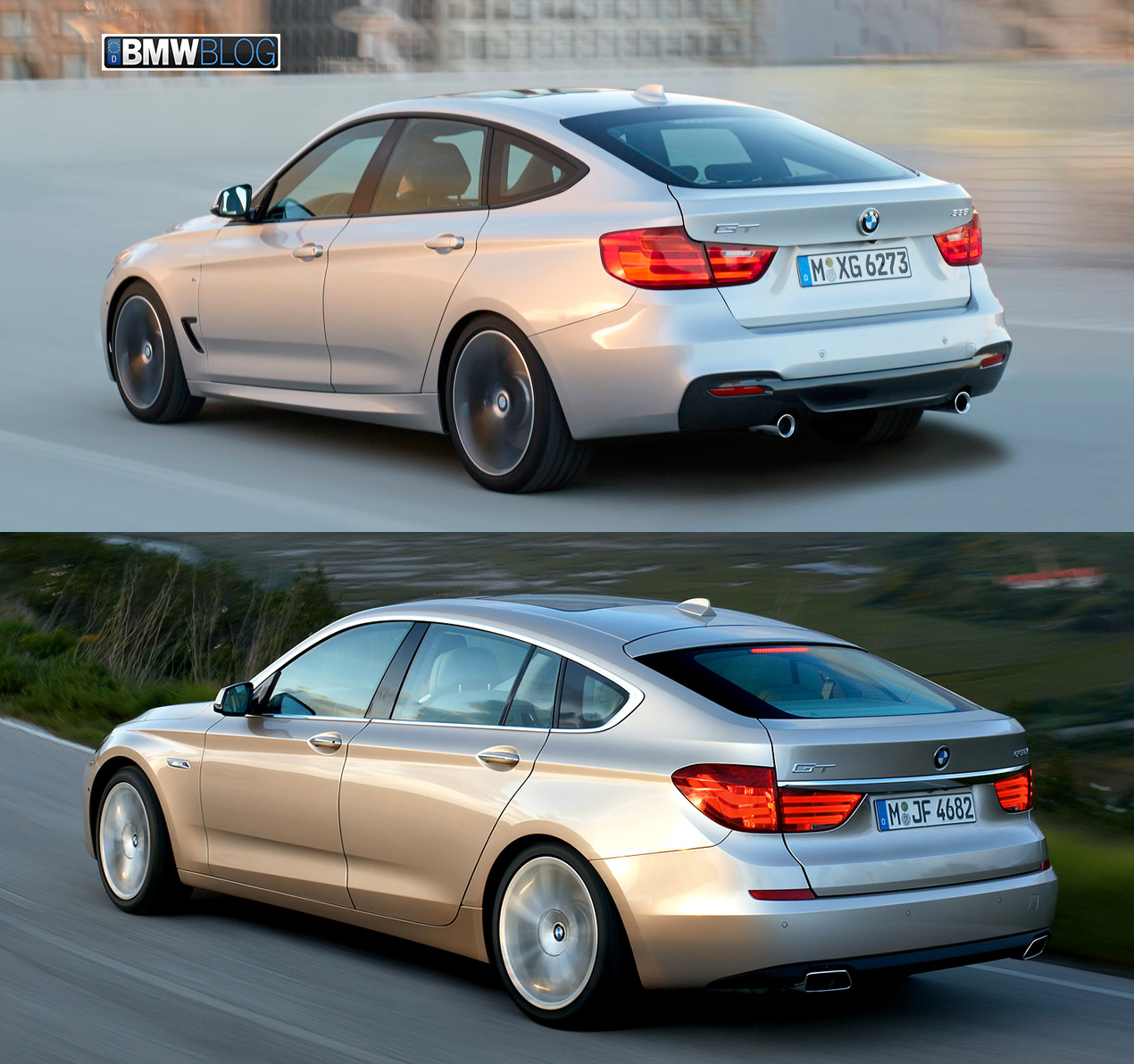 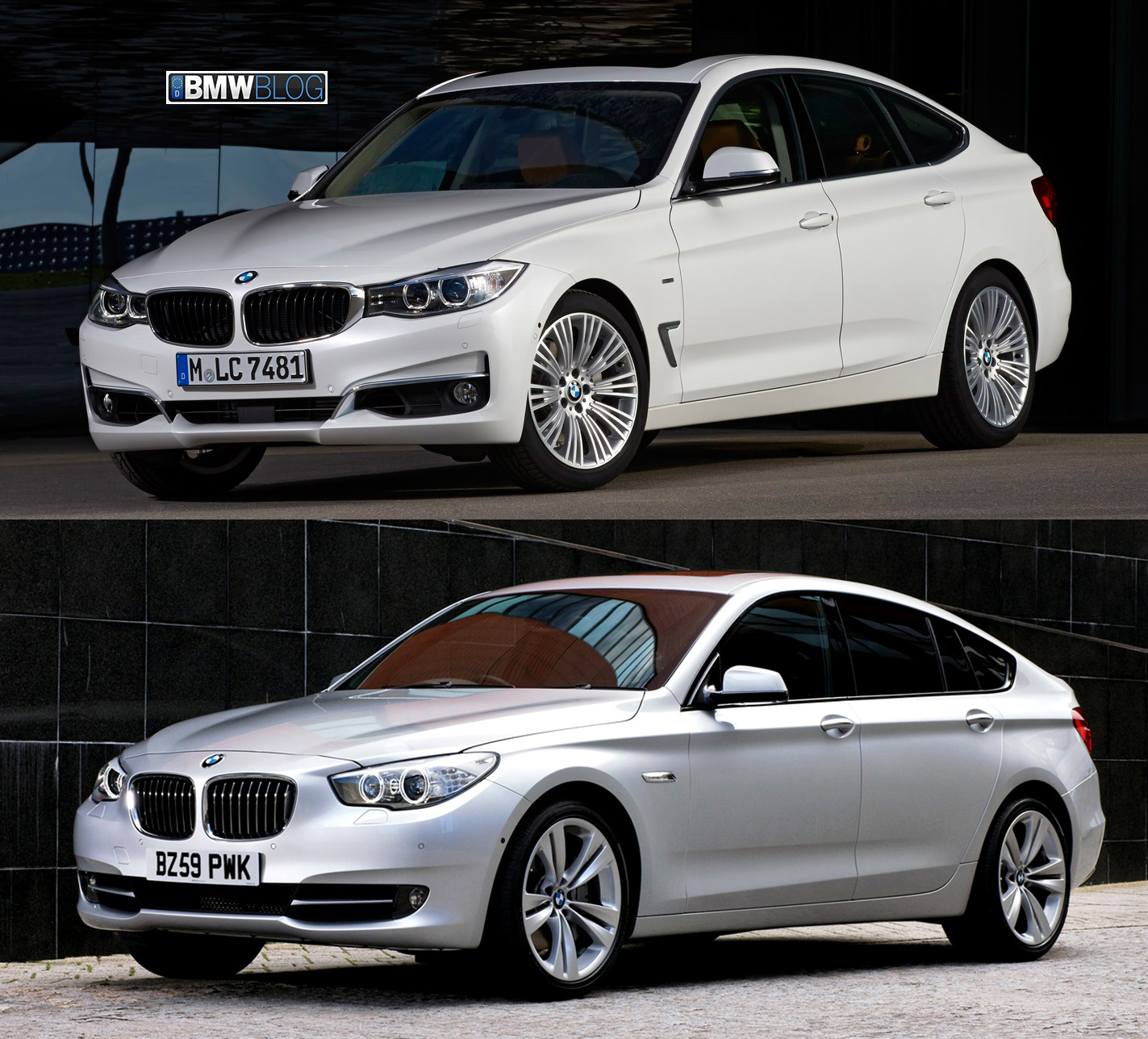 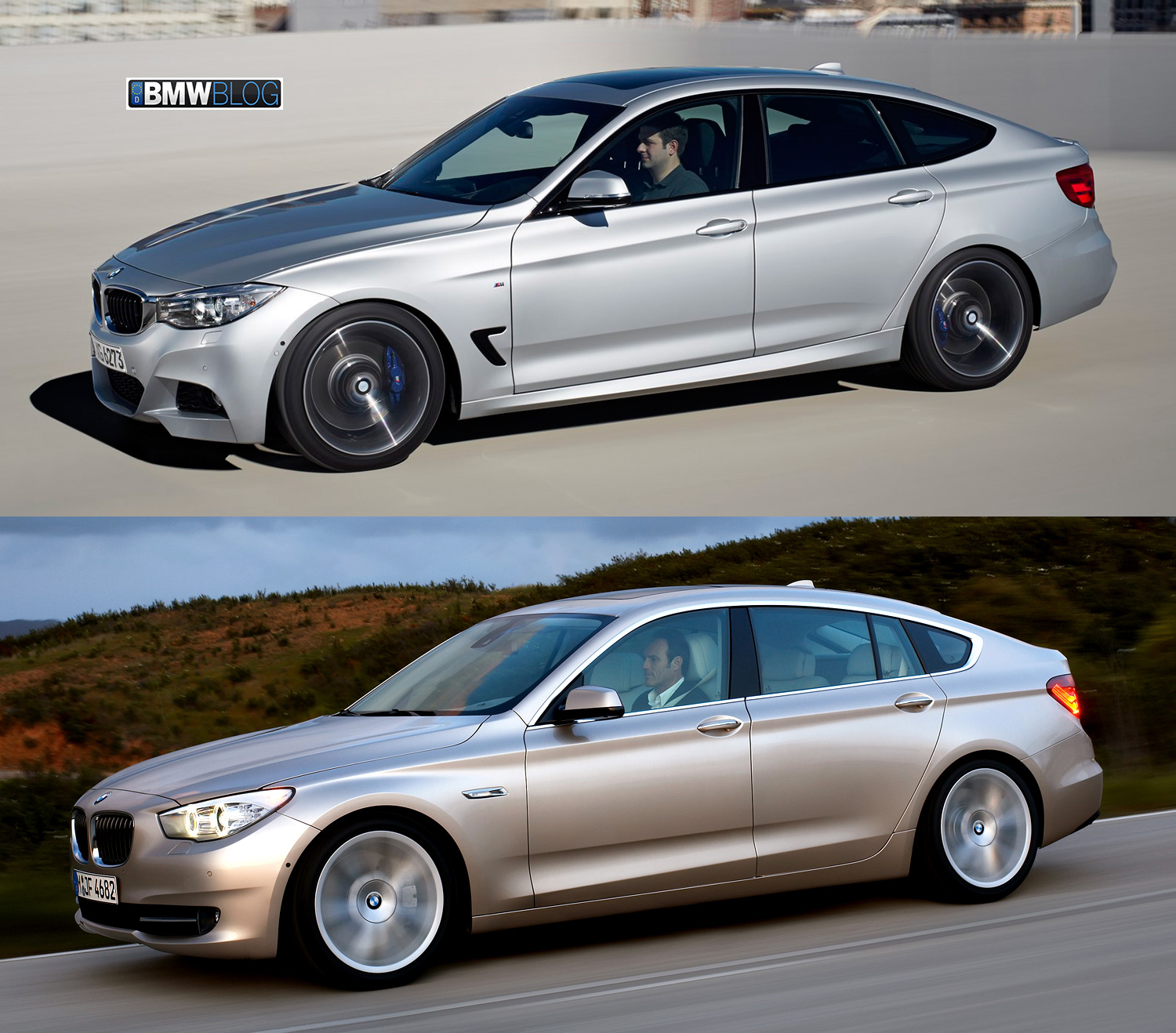