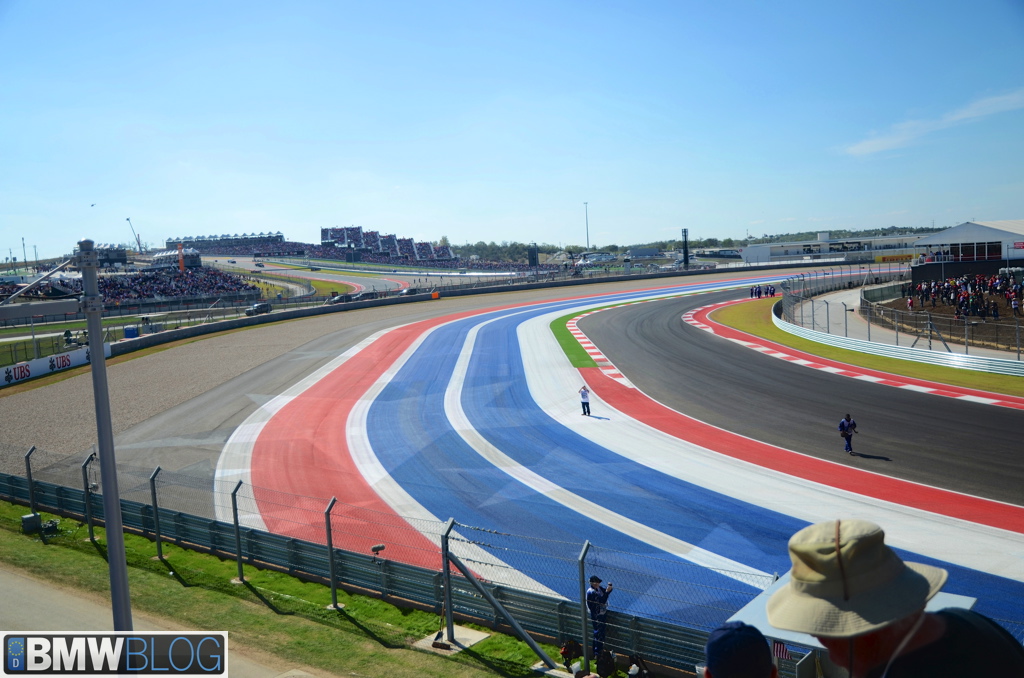 From November 16 to 18th, Austin hosted the return of the Formula 1 championship to the United States. The monoposts with 2.4-liter V8 blown at 18,000 revs showed Texans what Formula 1 stands for and an enthusiastic crowd has quickly adopted the world’s most famous racing championship.

The circuit and Grand Prix were first proposed in the middle of 2010, and Circuit of the Americas is the first-purpose built Grand Prix facility in the United States. Its final cost came somewhere above the $400M mark, and with more things to be built in the future. The USGP race has 56 laps, each 5.516 km (3.27 miles) in length, accounting for a race length of 308.896 km (192 miles).  Circuit of Americas is made up of 20 turns with an elevation change of 133 feet (41 m).

The layout was conceived by promoter Tavo Hellmund and 1993 Motorcycle World Champion Kevin Schwantz with the assistance of German architect and circuit designer Hermann Tilke, who has also designed the Sepang, Shanghai, Yas Marina, Istanbul, Bahrain, Yeongam, and Buddh circuits.

Circuit of the Americas features a 251 feet (77 m) observation tower designed by Miró Rivera Architects as a landmark for the venue. Within walking distance from the tower is Turn 13, the second most attractive spot after the track’s signature Turn 1. At Turn 13, a series of private boxes were setup to host local and nationwide VIPs.

BMWBLOG was hosted by BMW of Austin and its charming owner, Steve Late, who is one of the sponsors of this racing weekend, and the only BMW dealership to provide official transportation support. The Lates and their dealership offered 44 cars  for shuttling, 7 safety cars and 10 cars for the helicopter guests and International VIPs. The glamorous bimmers shuttled celebrities like Formula One legend Mario Andretti, Jennifer Lopez or Patrick Dempsey, among many others. 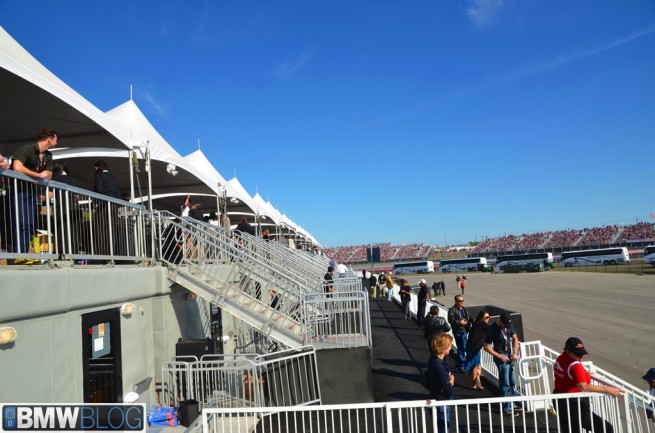 With Lewis Hamilton taking the top spot, followed by Vettel and Alonso, the F1’s drivers championship is still up for grabs and the latter two will duel in Brazil this weekend.

From everything we’ve heard, Circuit of the Americas and the city of Austin impressed all the international visitors, and next year’s event is shaping up to be even more exciting.

See you next year Austin and thank you for the extraordinary hospitality!

Formula 1 Austin By The Numbers:

265,499 – Total attendance at Circuit of the Americas during race weekend, which included practice sessions on Friday (65,360) and qualifying rounds on Saturday (82,710)

$400 million – Cost of the Circuit of The Americas track

251 feet – Height of the tower and observation deck

$45 – Cost of a Circuit of the Americas T-shirt

22 – Number of drivers that completed the race.

$8 – Cost for one domestic beer at the track

1 – First time that Alonso, Vettel and Hamilton have shared the podium 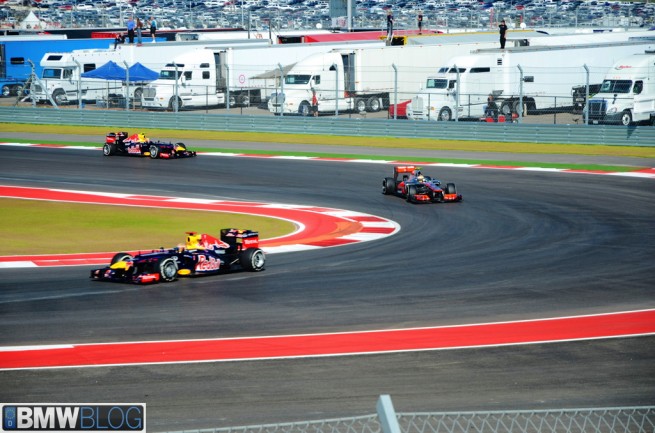 All rights remain with Jamey Price and XPB,  and BMWBLOG, and cannot be used for any reason without contacting us!

14 responses to “BMWBLOG attends the Formula 1 US Grand Prix”