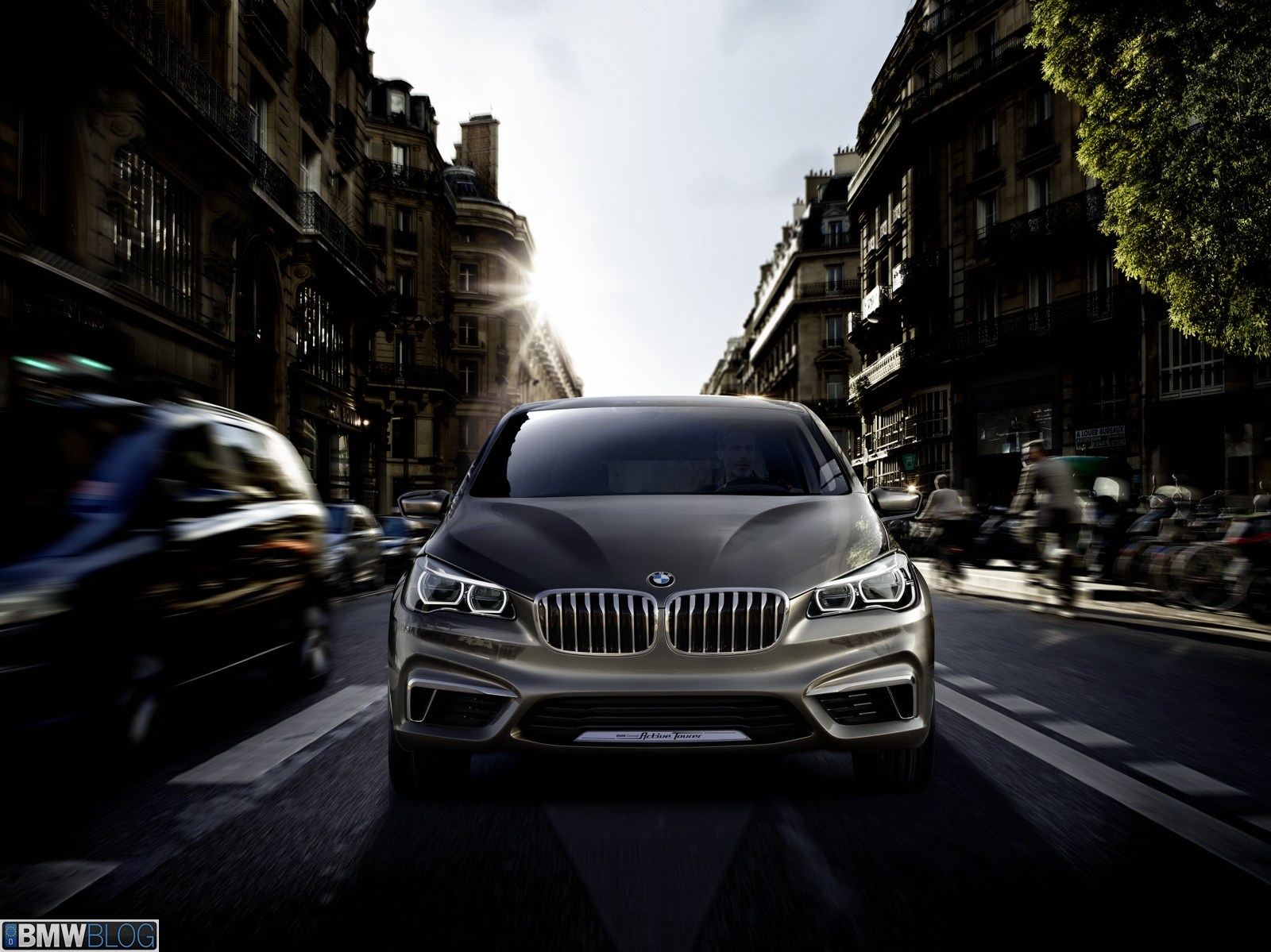 At the Paris Motor Show, I had the opportunity to speak with Michael de Bono. The Englishman is responsible for the exterior design of the BMW Concept Active Tourer.  He has worked for BMW since graduating from the University of Coventry in 2004.

When designing a concept car, you of course have a lot more freedom. You can take a step back and reevaluate everything anew. It is basically a new work. In a concept car there are no financial limits or anything like that. Of course we have our goals – where do we want to go, what message can we transport –  that we think will be interesting in the future. But in general, the limits are broader. 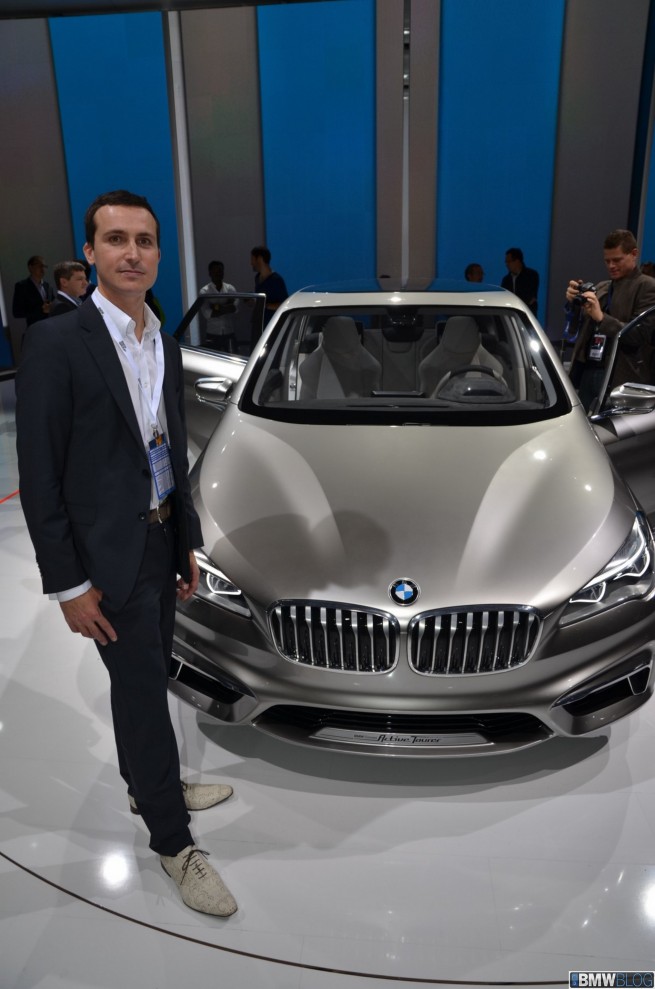 So you have to pay less attention to detail?

No, but you can focus on new things without having to consider existing boundaries. Take the BMW 3 Series Touring for example. Is a success story for BMW. We know how to build it and designing a successor model may on the one hand be easier, because we can look back and can see what was, and what was good. Then you can refine it, develop it further and improve it. It’s an evolution.

In the case of the Active Tourer and the front-wheel drive, however, it was all new ground.

What was the point of focus in the design of the BMW Concept Active Tourer?

Well, we had to find the right character, the right mood. We knew from the start: We want an urban car; urbanization is taking place happens, and increasingly so. People are moving increasingly into the cities and life there is more vibrant than perhaps even a decade ago, when people were drawn more to suburban areas.

Now we live and work in the city. So we need a car that supports this shift – that is emotional, sporty and dynamic. But it must still be functional and use space efficiently.

Thus we thought now would be the time to develop a car with front-wheel drive. Such a concept has many benefits. Because the engine is mounted transversely, we have more space and can create a new kind of dynamic and agility. 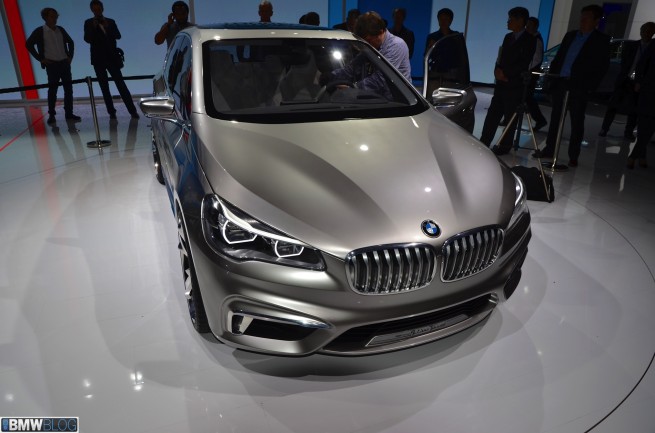 The car is very compact. Typically, this segment provides only limited scope for design. How was it possible to give the Active Tourer its typical BMW appearance?

Well, we created a new and different interpretation of what BMW is. The Concept Active Tourer has typical characteristics, such as short overhangs, a flowing form. On the other hand, we have an extremely forward-looking form. The forward leaning C-pillar suggests a sprinter in the starting blocks.

It’s different than, say, the BMW 6 Series, where everything was very drawn out and very low. The Active Tourer had to be much more muscular and athletic – we had to work a lot more with “muscles” and surfaces.

For us, every BMW has a soul, a character. Yet it must be recognizable as part of a family. The Active Tourer emanates a smaller, more compact feeling – but it fits in with its surroundings. In the narrow streets of a city. 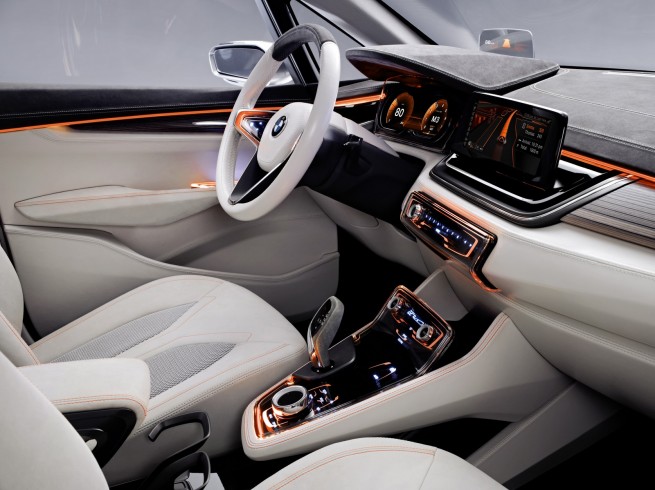 The Active Tourer is an unexpected concept for BMW. And you have already stated that this was a challenge. What was the challenge exactly?

To create a car that was dynamic and yet offered a great deal of space. I wanted to express a sportiness in all that it embodies. Of course, the premium ideal had to remain visible, which we have realized through the exterior and interior appearance. One should get a fine sense of elegance, through the accessories and lines. The combination of dynamism, elegance and space was definitely the greatest challenge. But I am satisfied with the result.

… this feeling is new for a BMW. To date the center console dominated in all models, providing more of a feeling of being „wrapped up.“

Right. But here we have opened everything up. The front passenger is not excluded, you sit in the car together. We don‘t have a central tunnel but a rail system between the seats. This is a new way of introducing flexibility and interaction to the car. With this system, it is possible for everyone to contribute to and use the accessories. This is a new, shared experience.

The Active Tourer has a different character than previous models. It reflects a new lifestyle. It is important that we get away from planes – with the Active Tourer we don‘t have to give anything up. Even if the vehicle is very short, it has a lot of room and many novelties.

The feedback on the design, both in the press and among fans and visitors has been consistently positive. That must make you happy …?

Absolutely, that’s great! The Active Tourer is not shy – it shows what it can do and the emotions it emanates. I‘m glad that the model is a success and will develop it further. We are still in the concept phase.

Do you have your own drive in the design of the two vehicles, beside the combination of functionality and – generally speaking – good looks?

As a designer it’s always a goal to introduce an innovation. In the BMW 3 Series Touring, for example, it is the detail that the trunk can be opened with a movement of the foot. This has a practical value. It has a purpose, it’s not a gimmick alone.

The same applies to the Active Tourer – it could be a car for everyday use. This is another way to meet the challenges than, for example, the 3 Series Touring. But it is an exciting new way to do so. 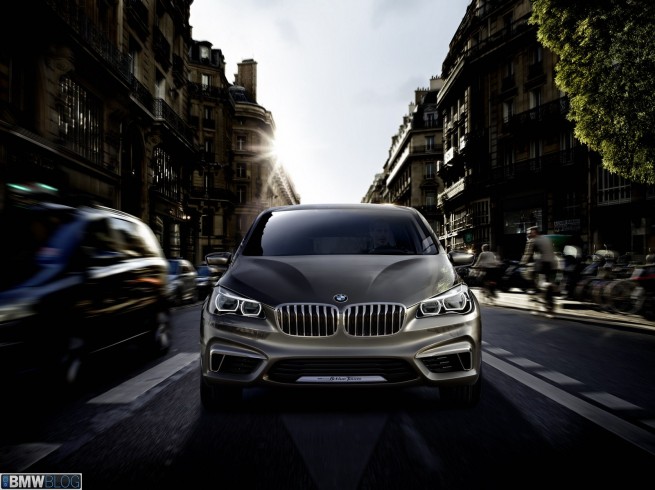 Where is the road for the BMW Concept Active Tourer leading? What can we we expect next?

It is still an exciting project. There’s still details and elements … the mirrors for example. At the moment they have two surfaces that channel and optimize air flow. There are many more such elements in the vehicle that are not quite right yet, even if it might appear so at first glance. But we want to provide them all with some functionality.

Harmony is a very important element for me. And I think we’ll see more and more of that in the future at BMW. This is certainly an evolution for the BMW design, but it is also a step in a direction that we might go in the future. That we can and will think in new forms.

Thank you for your time!