During the GPEC (General Police Equipment Exhibition & Conference), being held from 11 to 13 September, BMW will be presenting its latest range of special vehicles. The focus will be on five different models being exhibited at the BMW stand in Leipzig, including two entirely new authority vehicles destined for the federal and regional police – the BMW X3 and the new BMW 3 Series Touring.

Two highly interesting armoured security vehicles will also be on show as well as a BMW i3 Concept, a highlight featuring an electric drive that is ideal for specific operations in the security sector. 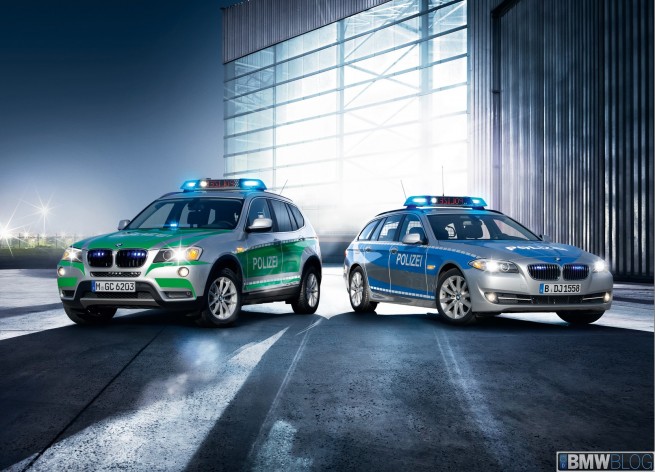 With around 500 exhibitors demonstrating technologies and innovations in the field of law enforcement and special equipment, the GPEC is Europe’s largest closed special trade fair for trade visitors from public authorities. With presentations by various manufacturers and a wide-ranging supporting programme comprising symposiums, seminars and work groups, it is considered a significant trade meeting.

At the GPEC 2012, BMW will be exhibiting its latest range as a manufacturer that has always set high standards in the special vehicle sector. The widely varied special range is based on current BMW series production models, thus also offering the same high production quality. At the same time, each vehicle is fitted with all high-class equipment and safety features, also setting benchmarks in terms of economy, in particular through the use of BMW EfficientDynamics technology.  BMW’s premise for special emergency vehicles has always been to carry out the conception and integration of specific equipment features in close cooperation with specialists from each public authority and institution.  All BMW emergency vehicles feature an exclusive range of special equipment that is fitted both during and after the development process according to BMW works standards, ensuring the highest level of quality, functionality, durability, resulting in high value retention. 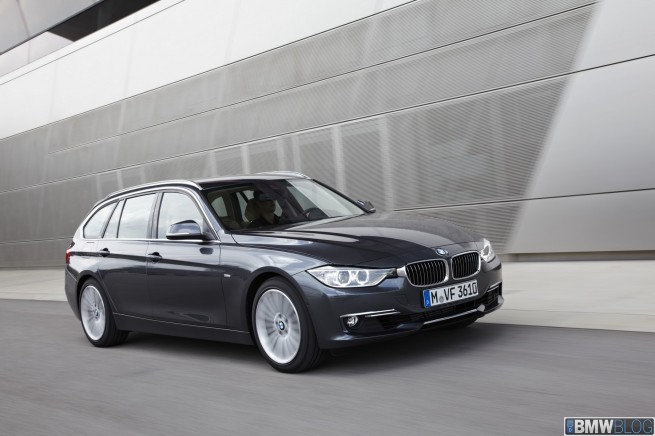 One of the highlights at the BMW stand in Leipzig is the new BMW 3 Series Touring, an authority vehicle built for use by the federal and regional police. Although the market launch of the new model designed for police deployment is not scheduled until the end of September, development of the vehicle has already been completed, meaning that its future users are able to see it well in advance. The new, fifth generation of the BMW 3 Series Touring offers significantly more interior space, enhanced functionality and variability as well as practice-oriented standard features. These are complemented by intelligent networking of driver assistance systems and mobility services.

As a police vehicle, the new BMW 3 Series Touring can be delivered with innovative optional features such as additional warning devices for use on motorways.  Additional LED identification lights at the rear offer enhanced protection of police officers from the traffic behind. The integration of authority-specific features such as radio or a flashing blue light ensures optimum interaction with the series production vehicle. A further exclusive function is the optional control of a signal installation via the operating system BMW iDrive supplied as standard. 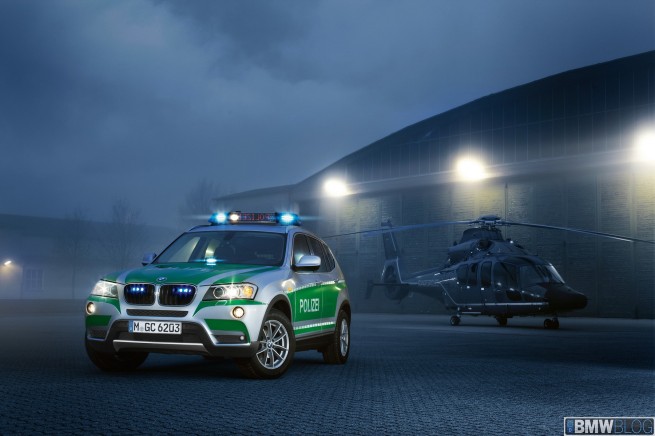 The second new BMW model being shown at the GPEC in Leipzig is the BMW X3: Excellent handling characteristics, reliability, lasting value and efficiency have helped this Sports Activity Vehicle (SAV) become a worldwide success: Consequently, as a result of the thereby achieved functionality, it is also predestined for police operations with their wide range of requirements. Like the BMW 3 Series Touring, it can be equipped exactly as required with special features such as a warning light, LED identification lights or control of a signalling installation via the operating system BMW iDrive fitted as standard. 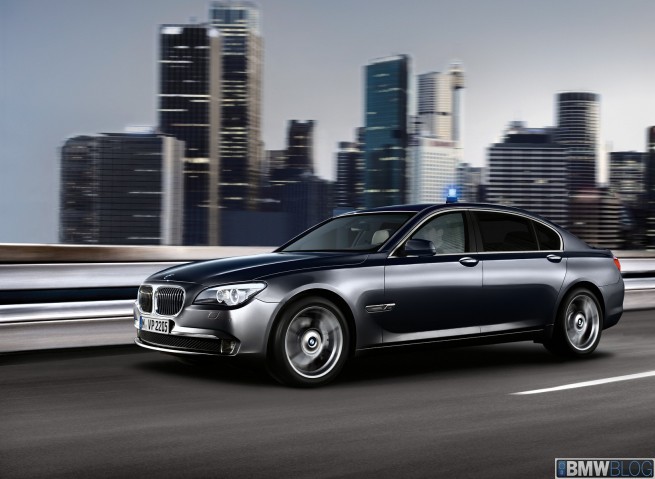 At specialist trade fairs such as the GPEC, special security vehicles always arouse a great deal of interest. With the BMW 7 Series High Security, BMW will be exhibiting the world’s first security sedan to fully comply in every respect with the newly defined and most demanding resistance class VR7. In certain respects, it even fulfils class VR9 requirements. The BMW 7 Series High Security combines all positive qualities of the luxurious BMW 7 Series, featuring an armouring that is not even visible to the most practiced eye, with a high level of personal safety and supreme riding comfort.

The BMW X5 Security will be the second BMW security vehicle on show in Leipzig to demonstrate BMW’s decade-long competence in the security sector. It combines the advantages of a Sports Activity Vehicle with state-of-the-art security technology and meets the requirements of resistance class VR4. Thus, it guarantees effective protection against criminal assault and similar hazardous situations. The BMW X5 Security offers the same well-balanced handling as its series-production counterpart coupled with a particularly high level of security. 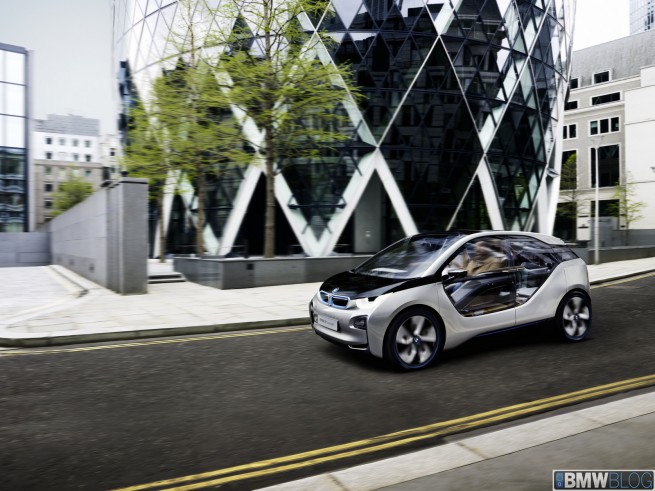 As a solely electrically powered vehicle of the future, the BMW i3 Concept has made the headlines all over the world since being first presented. Now, for the first time, it will be shown in Leipzig at a special trade fair to interested persons from the police force and public authorities. There is a reason for this, because, above all in the security sector, electromobility is far more than just a clever idea.  It is especially suitable for deployment in localized areas such as airports, larger harbour areas, for police checks and patrols. During such operations, electromobility is able to make full use of its specific zero emission advantages. In this respect, the BMW i3 Concept is of great interest as an authority vehicle designed for these particular purposes. It is the embodiment of a sustainable vehicle rigorously designed for use in the urban environment. Powered purely by electricity and tailor-made for the demands of sustainable and emission-free mobility, it is a concrete and realistic way of getting around in urban areas. The BMW i3 is scheduled to roll off the production line at the Leipzig plant in 2013. 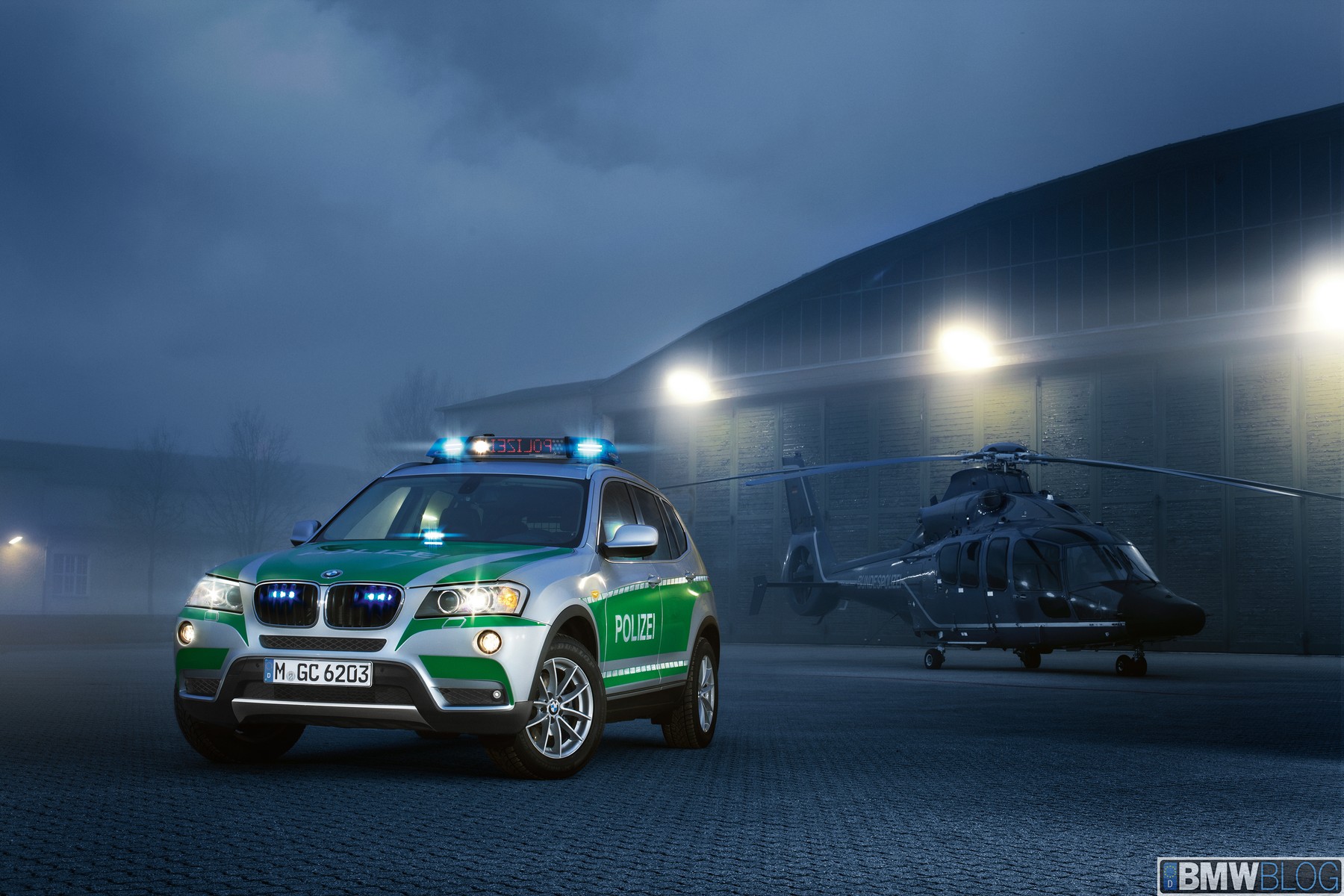 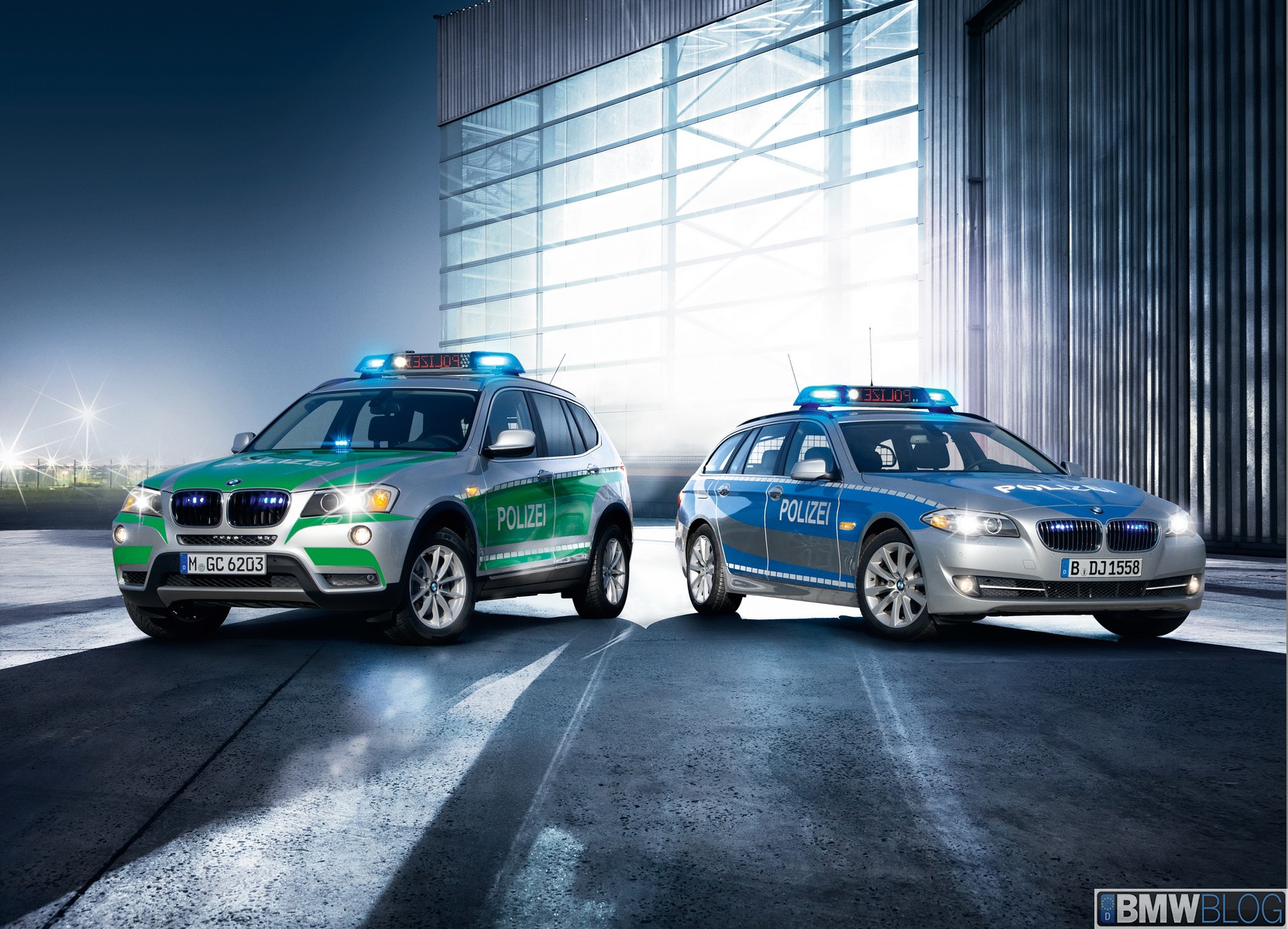 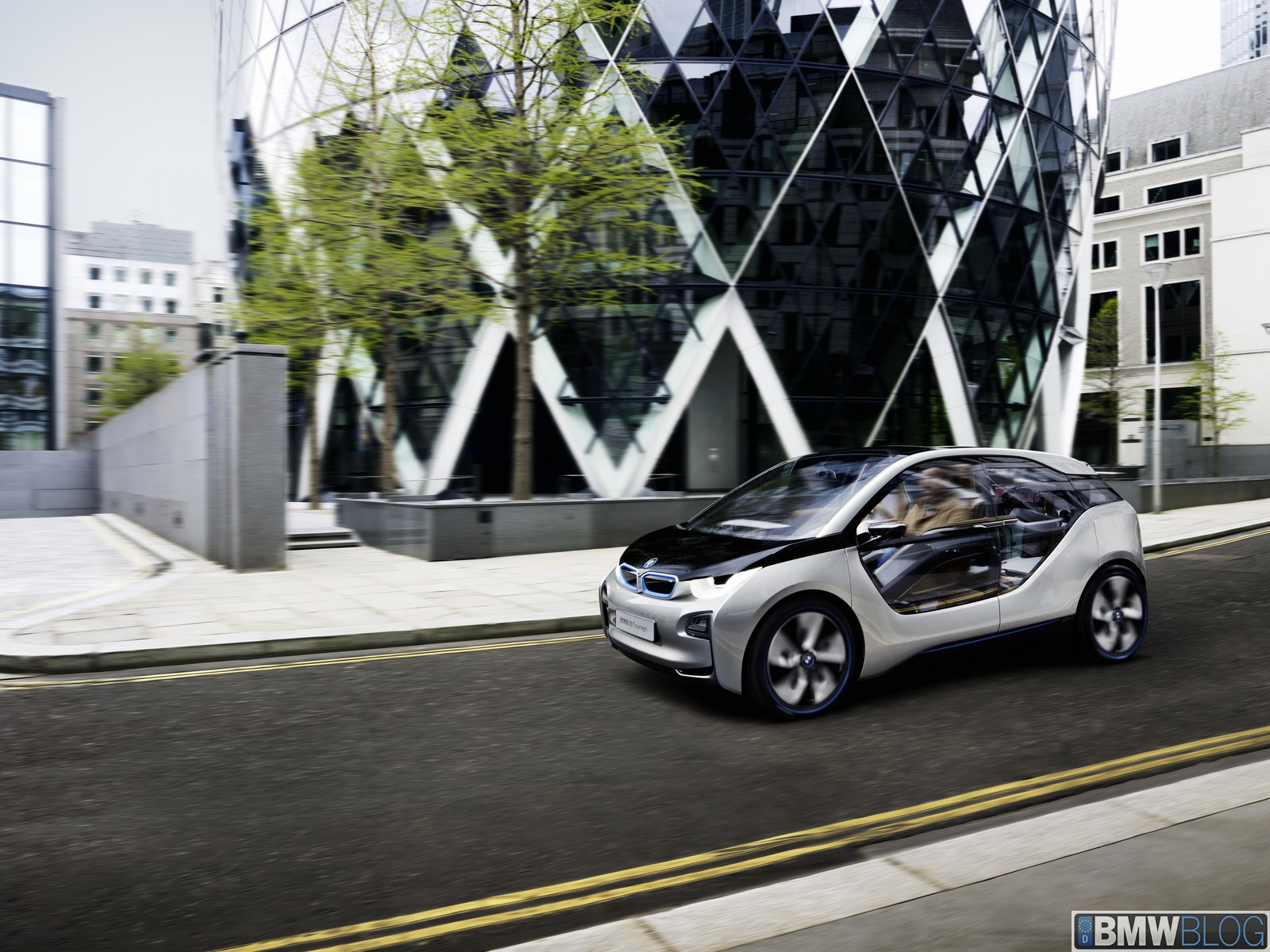 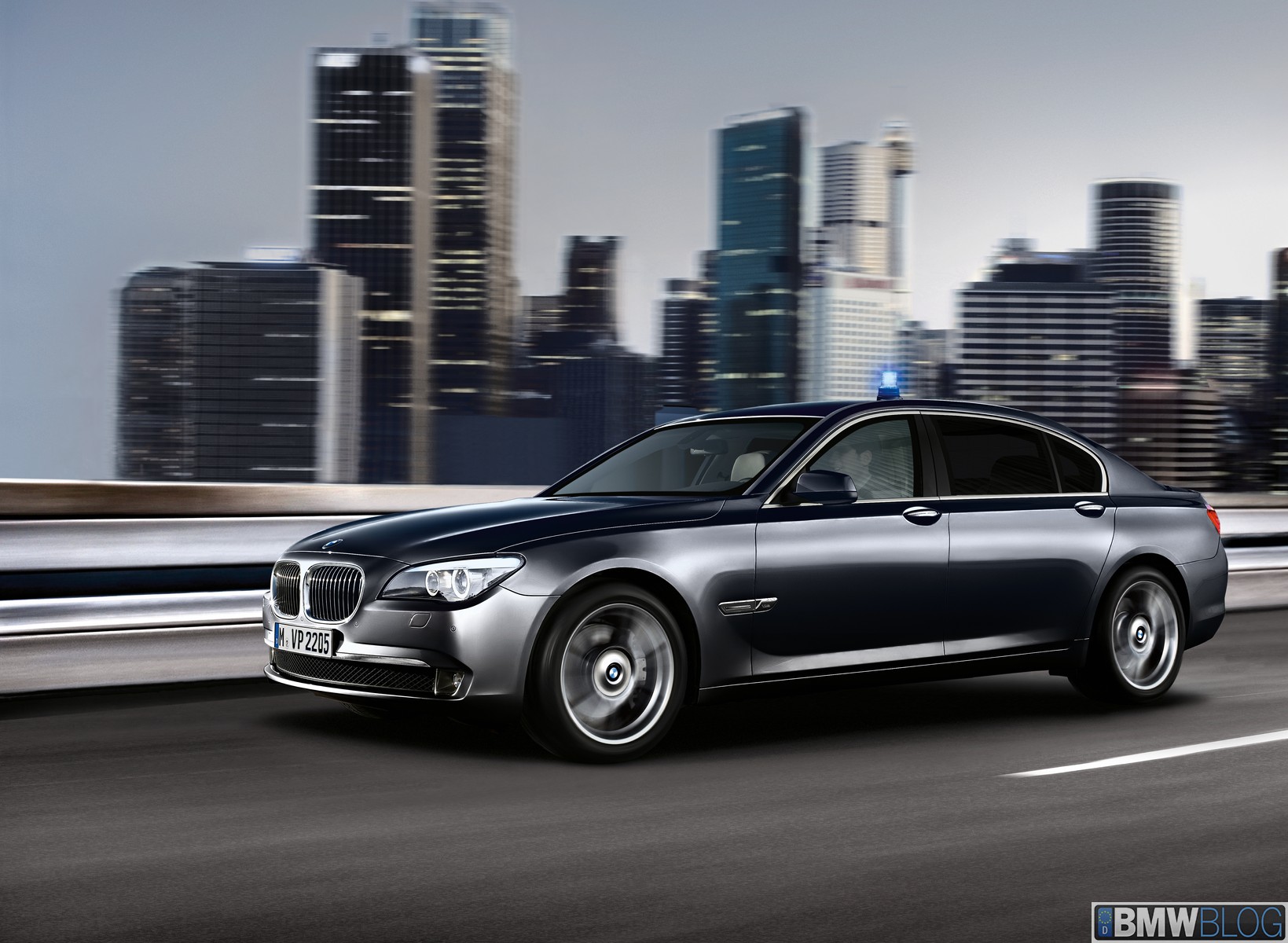