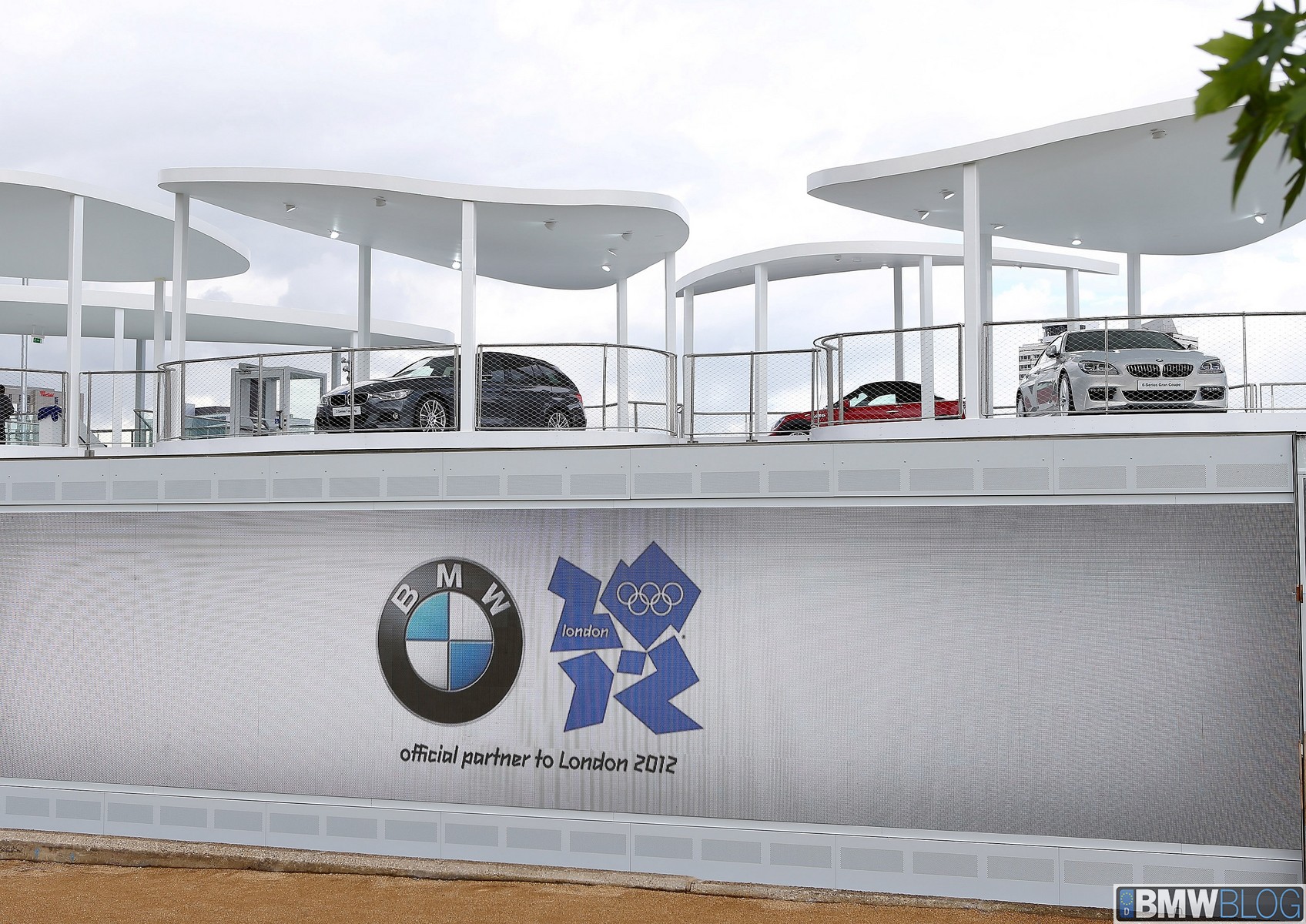 The final countdown to London 2012 has begun and BMW Group today unveiled their Olympic Park Pavilion, expected to draw thousands of visitors each day of the Games.

Conceived by an award-winning British architecture firm, the BMW Group Pavilion represents a significant architectural addition to the Olympic Park, showing an exciting range of the company’s latest vehicles against the backdrop of the Olympic Stadium and Aquatics Centre. The structure also underlines the company’s longstanding commitment to design and sustainability with an array of individual rooftop pavilions exhibiting current models as well as concept cars of the future. 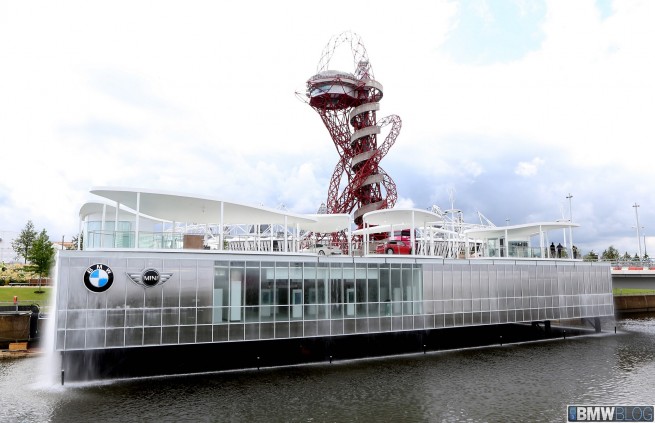 The Pavilion is light and open, appearing to ‘float’ on the river as water flows down the sides of the structure to create a constantly changing façade, whilst simultaneously accentuating its position on an elevated platform on the Waterworks River. The lower floor exhibition area is dedicated to the London 2012 Games fleet and interactive displays for guests to learn more about the BMW Group’s vision for the future of individual transport, its approach to sustainability and wider London 2012 partnership activities. These include how the Group has helped elite and aspiring athletes on their road to 2012 and brought improvements to the sporting world through technology. Also on display are prototype models including the BMW E-Scooter and the BMW i Pedelec concept – a recently announced concept electrically-assisted bicycle, and a new-look MINI Rocketman Concept, a revised version of the original Rocketman concept, first seen at the 2011 Geneva Motor Show. Inspired by London 2012 and paying tribute to our capital, the new MINI Rocketman has a Union Jack-inspired colour scheme.

In an intimate cinema space a special film is shown before an opportunity to view the upper floor product displays. The top deck, comprising of nine individual rooftop pavilions, displays current and future BMW Group vehicles including the BMW i3 Concept, the BMW i8 Concept and the new generation BMW 3 Series Touring.

Tim Abbott, Managing Director, BMW Group UK comments: “The role of the Pavilion is two-fold – to explain the support we’re providing as the Official Automotive Partner to the London 2012 Olympic and Paralympic Games, but also to provide a powerful visual symbol of our commitment to the highest standards of innovation in design and sustainability. We look forward to welcoming visitors and guests to the BMW Group Pavilion throughout the Games.”

Water plays a central role in the Pavilion’s design. The Waterworks River provides the water, which is filtered and used to cool the building as it flows down the walls, before being returned to the river. The upper floor is surrounded by water, reflecting views of the Olympic Park and each of the rooftop pavilions has a distinctive, light roof and slender, straight columns, designed to complement other Olympic Park structures including the Velodrome.

Principal architect Christopher Lee comments: “As a British-based practice, we were delighted to be selected to work with BMW Group for the UK’s first Olympic and Paralympic Games since 1948. It’s not every day that one has the opportunity to work with a brand like BMW on such a global stage and we are proud that the finished result will be seen by thousands of people during London 2012.”

In line with BMW Group’s commitment to sustainability, the environment was a key consideration in the design of the company’s 800m2 Pavilion. As well as the filtering and recycling of the river water, steel with high recycled content provides the structural backbone and use of other carbon-intensive materials such as concrete has been minimised.

The BMW Group Pavilion will be accessible throughout the Olympic and Paralympic Games to all Olympic Park visitors and provides an opportunity for members of the public to learn more about the company’s latest innovations and role at the Games first-hand. 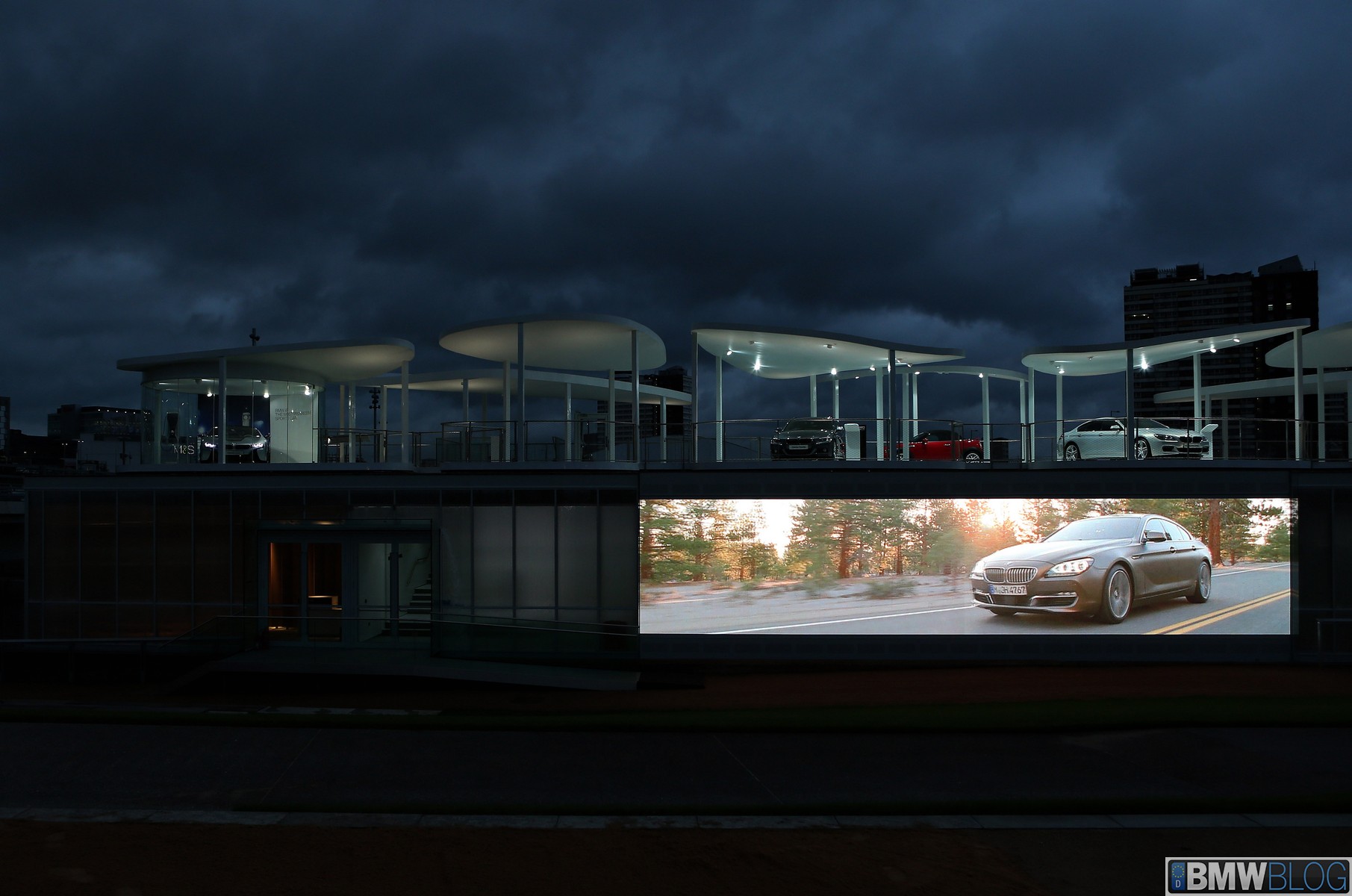 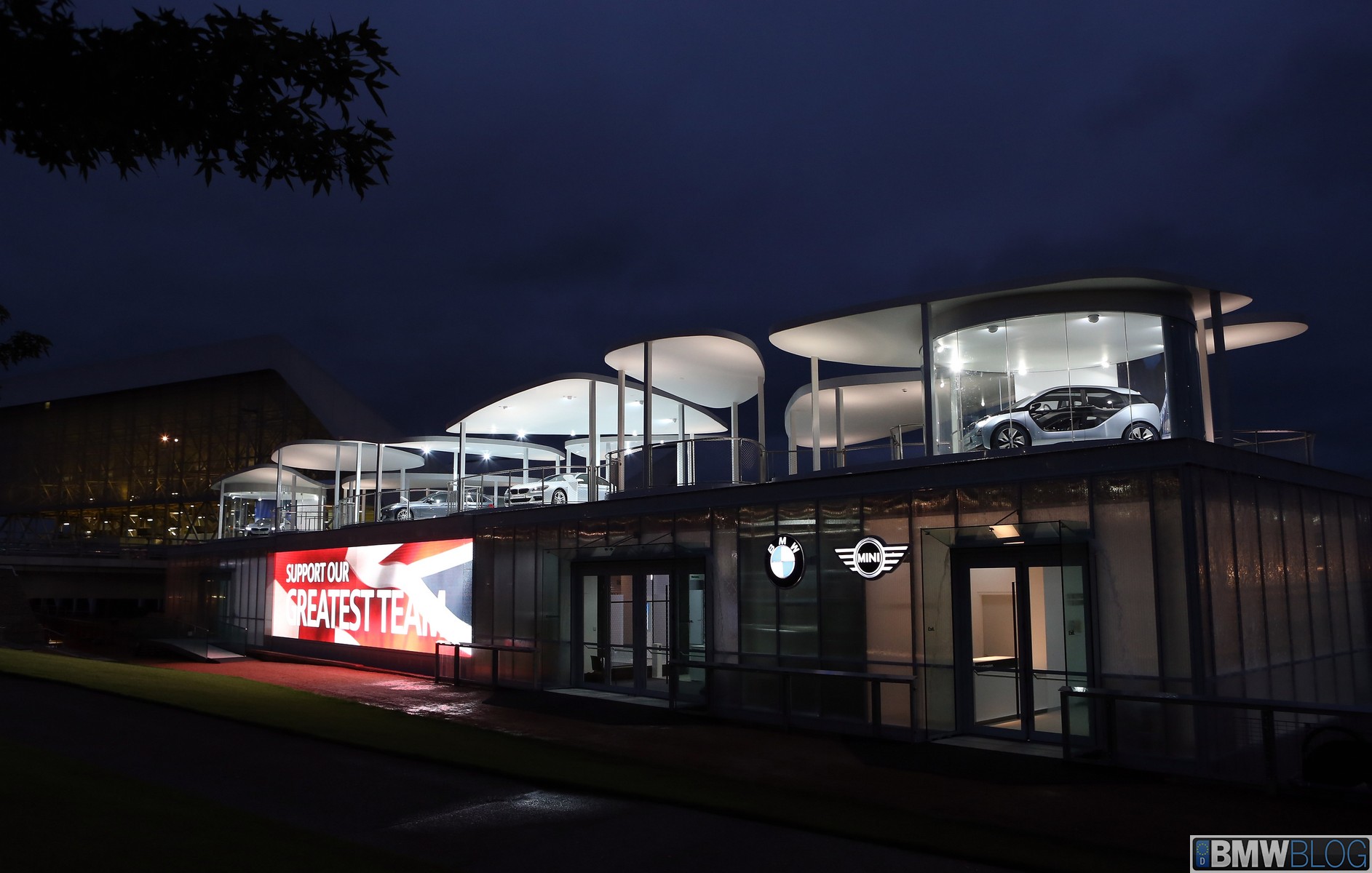 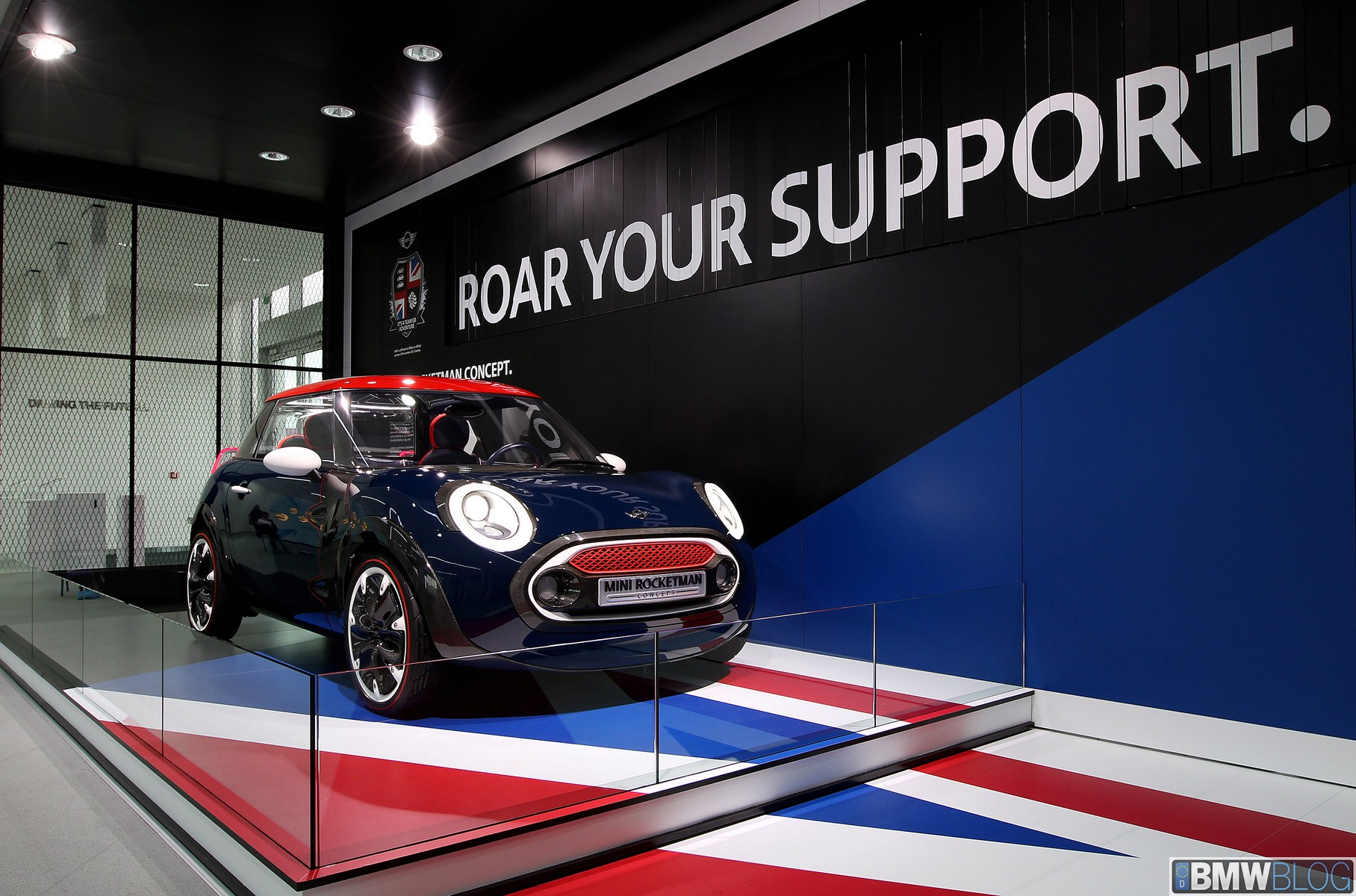 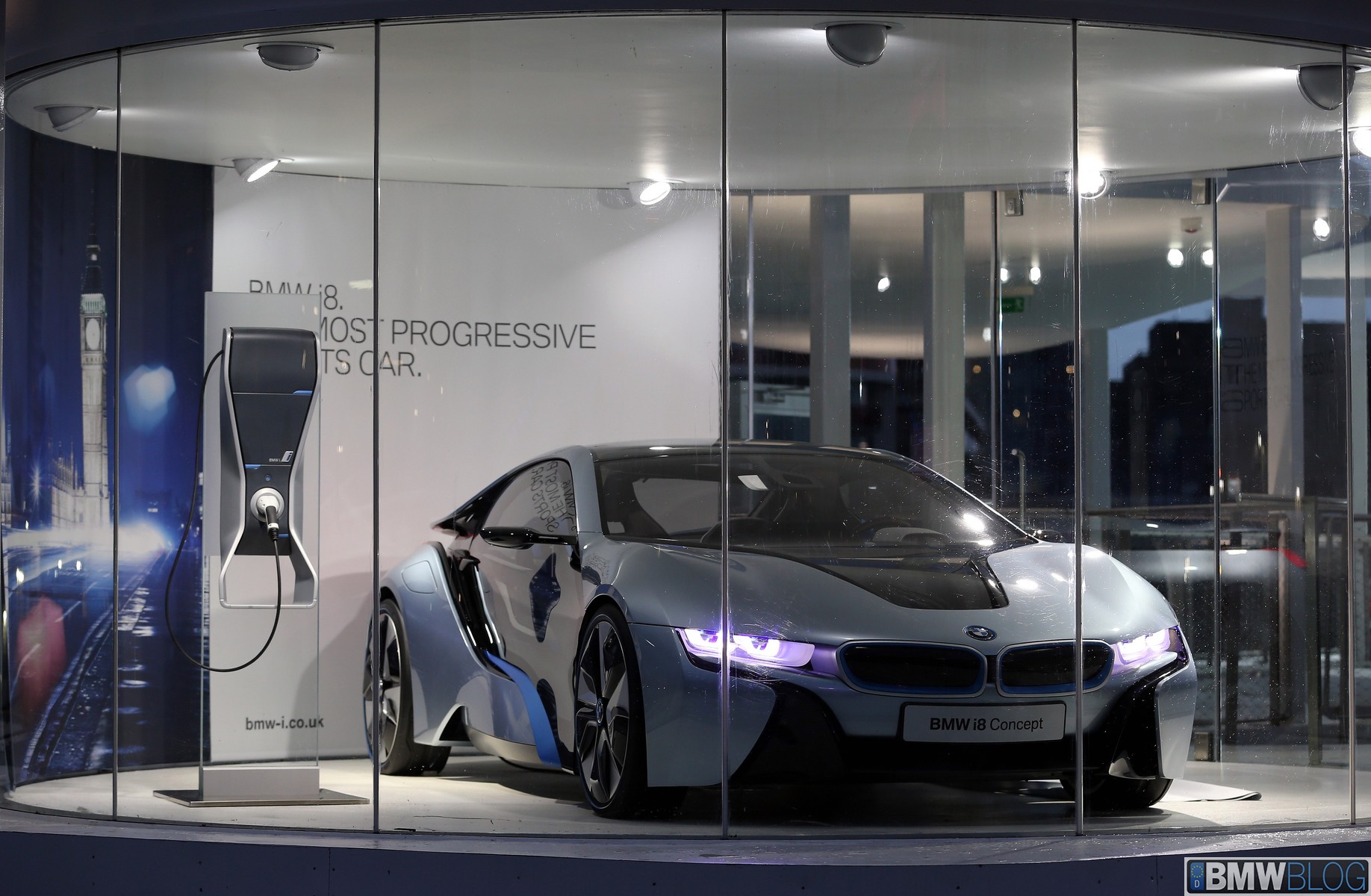 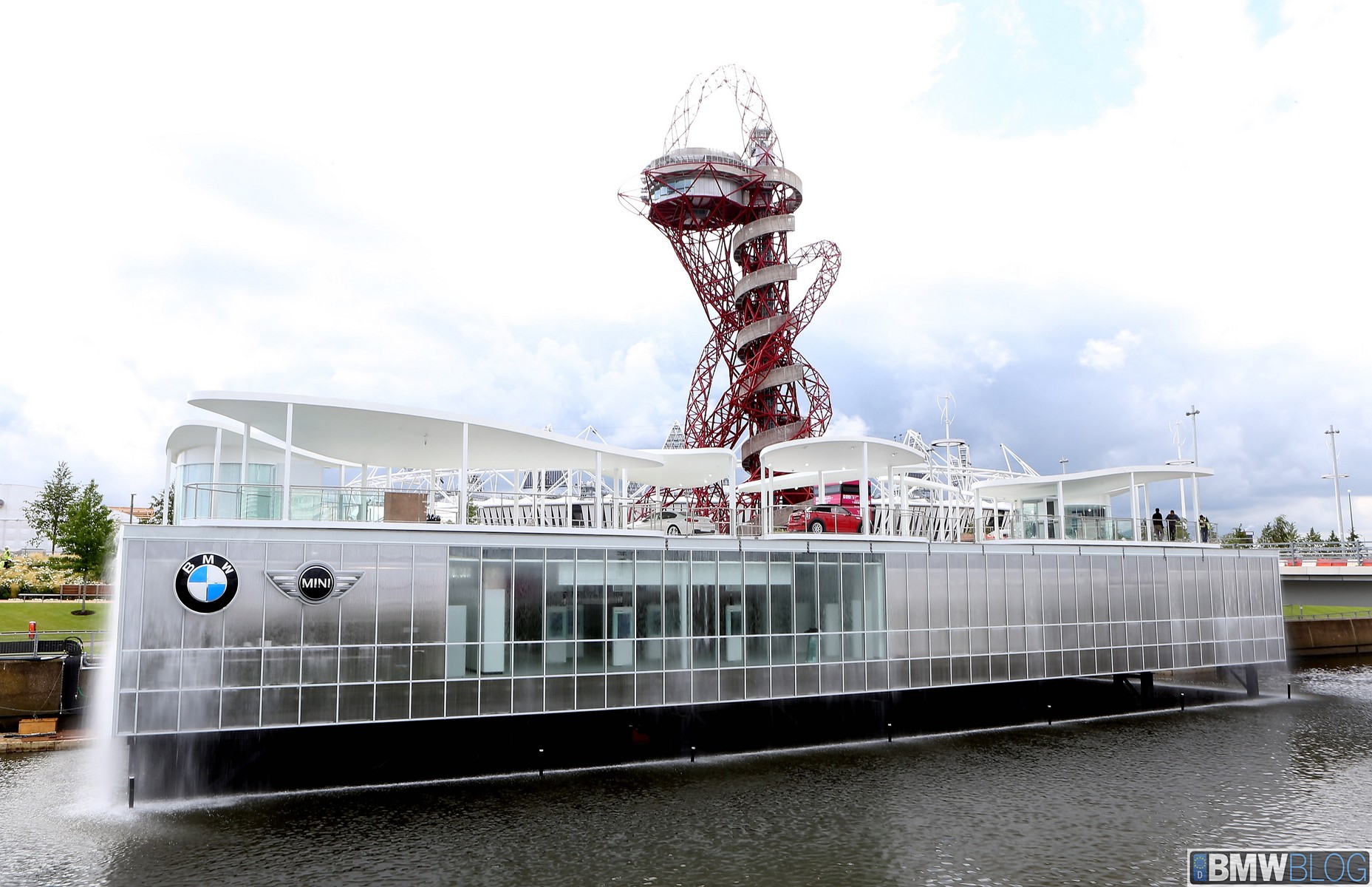 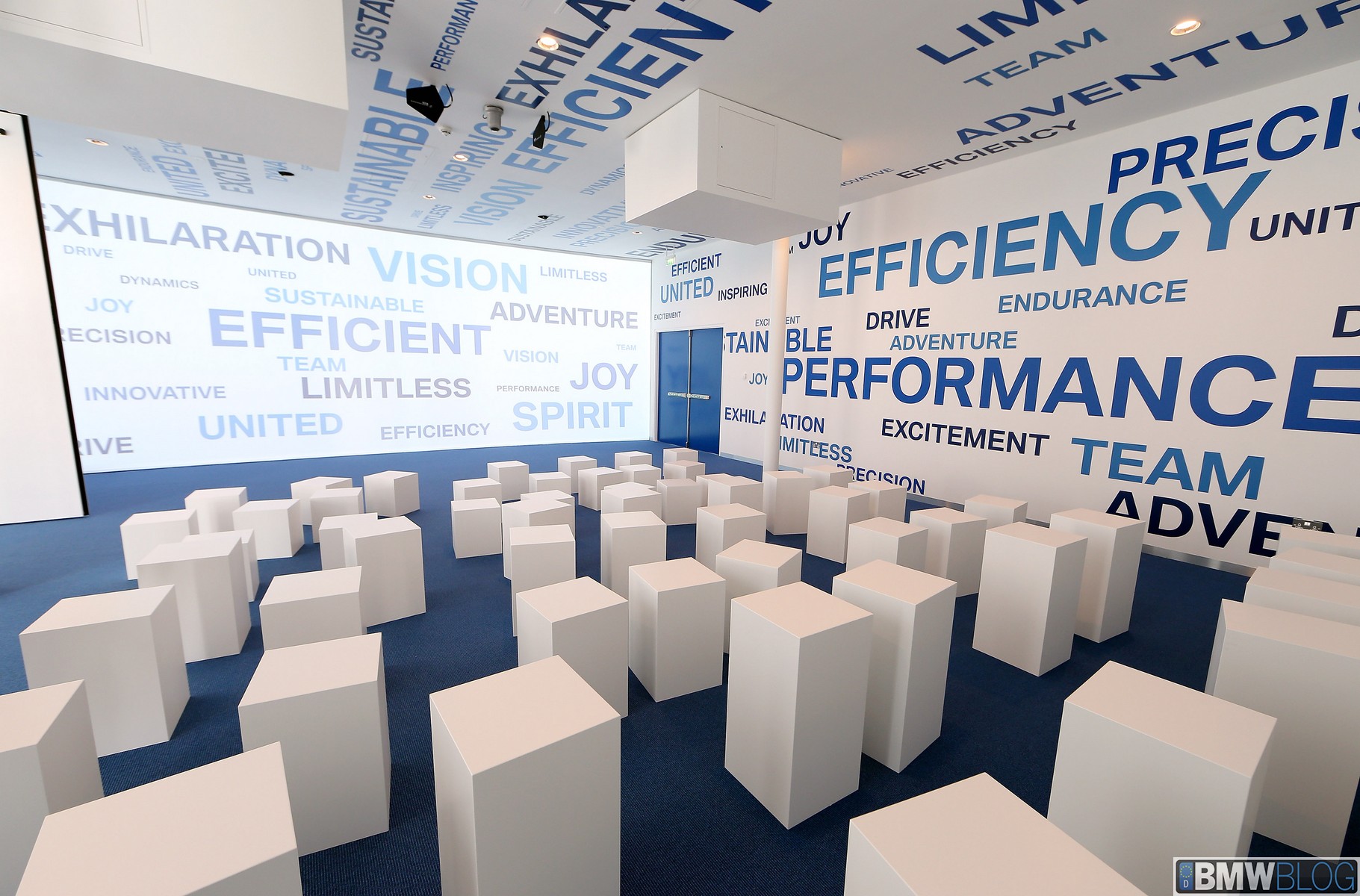 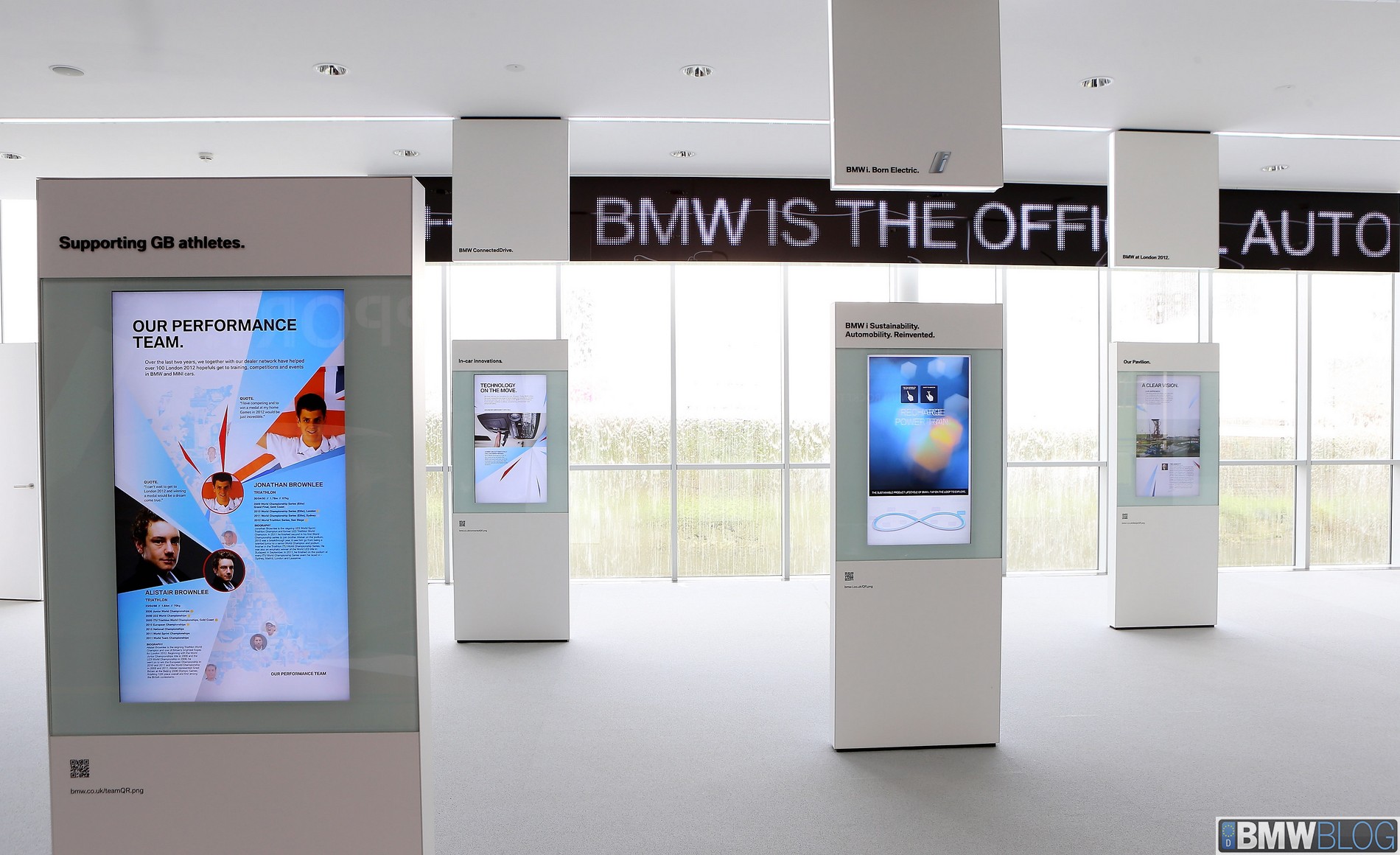 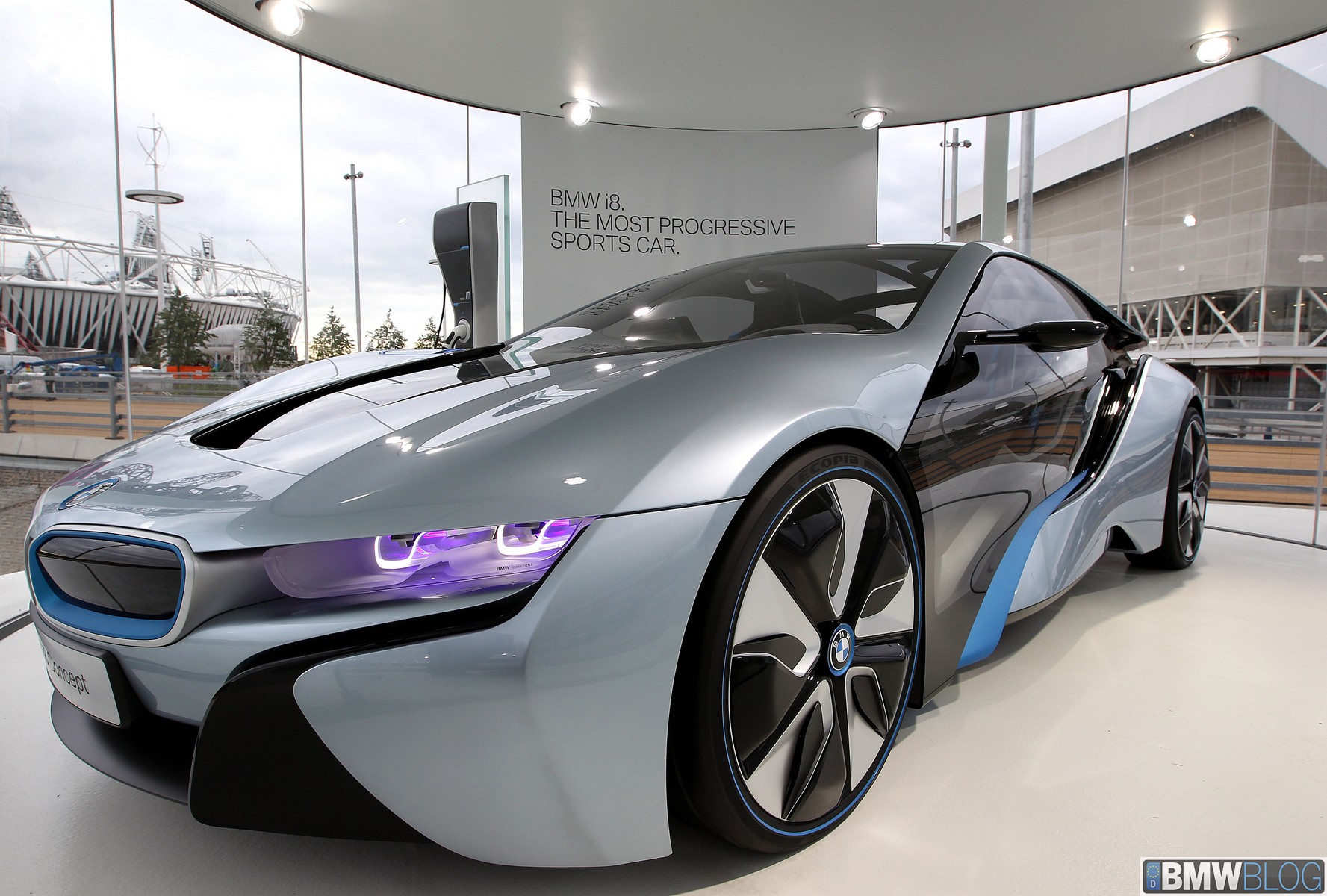 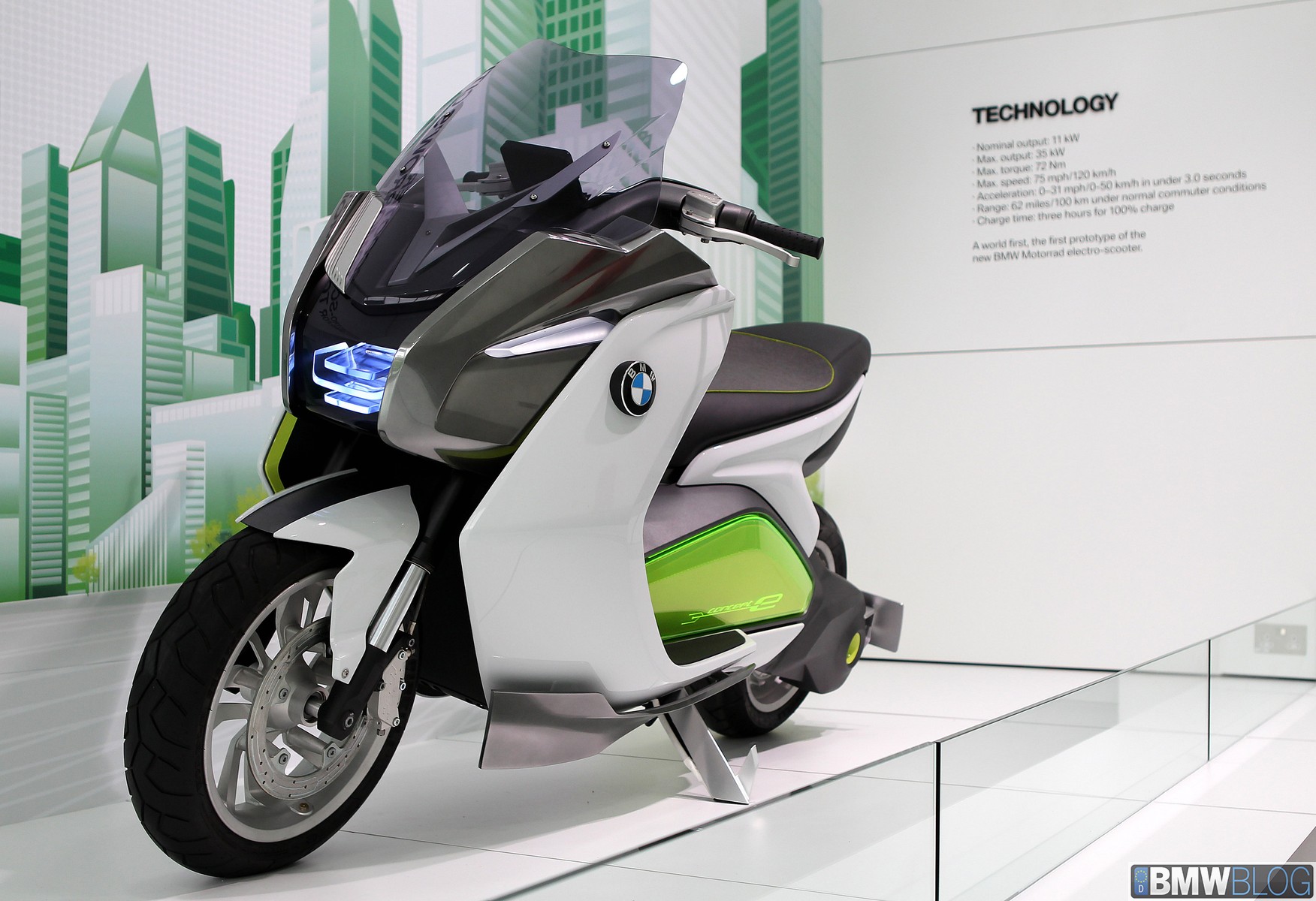 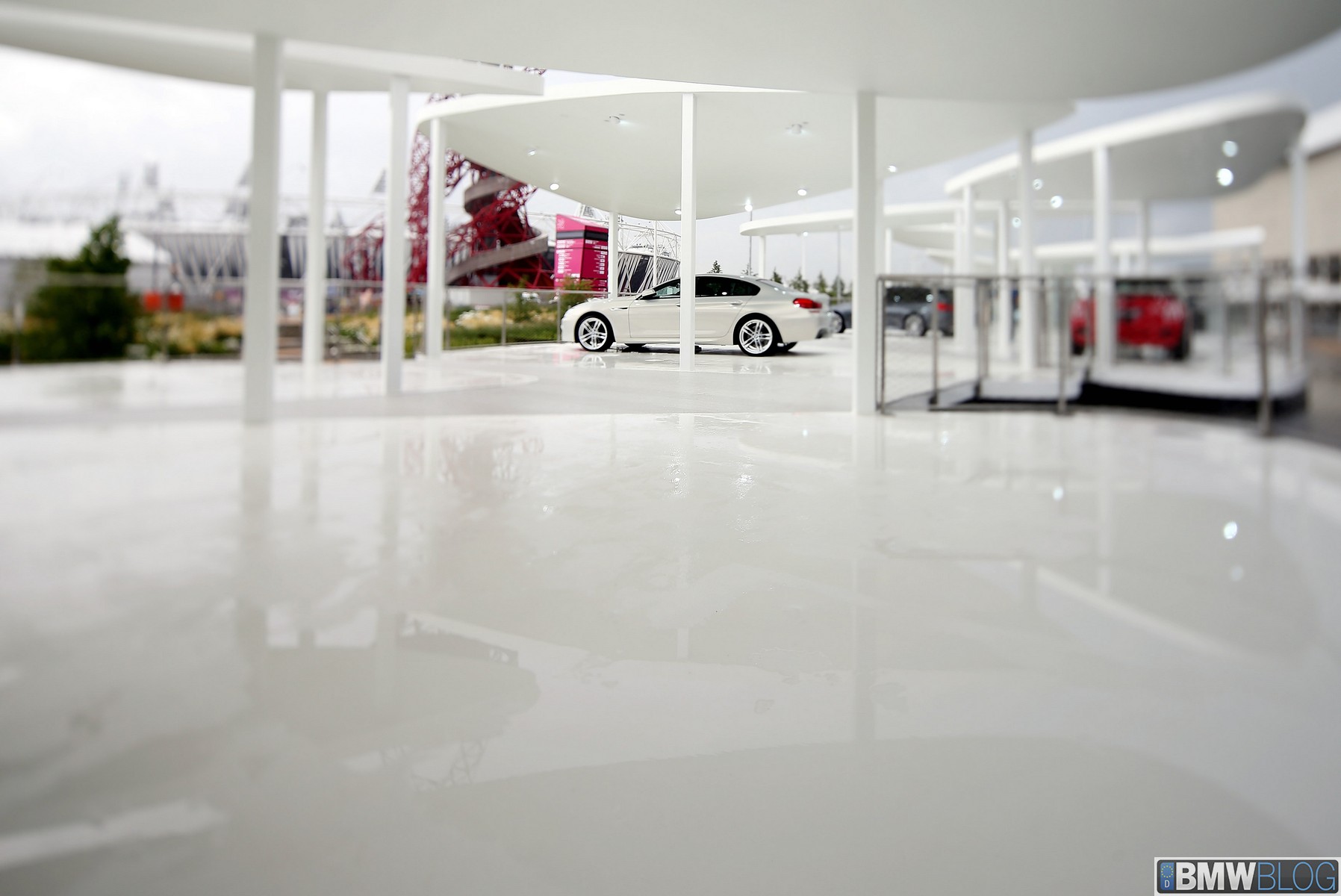 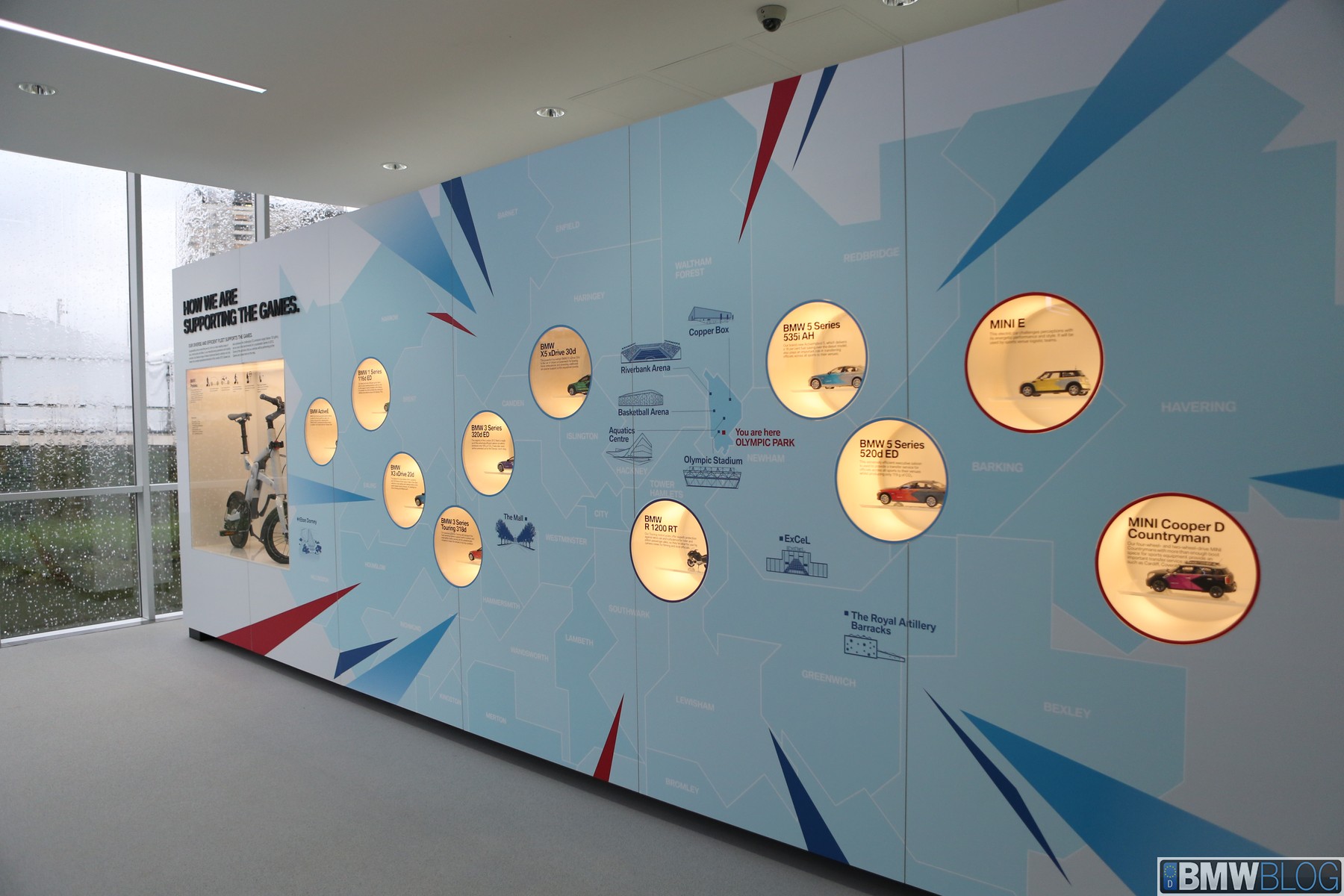