Pedestrian deaths represent a fairly significant percent of all automotive fatalities (according to some sources over 10% in the US, 14% in Europe and about 25% in China). One option is to mandate all pedestrian wear approved helmets (is there an SW2012 Snell rating?). But that’s infeasible (and the Supreme Court would deem it a tax), so other means of reducing the severity of injuries when people and cars collide have to be sought.

Hoods and front fascias of cars have undergone significant changes in the past few years to make them more friendly to pedestrians. The upright nose helps the breakover phase of the accident, and the hood has been raised above internal parts to allow room for deformation as the pedestrian impacts it.

But head injuries are sustained when the pedestrian hits the windshield. One technology Volvo is pioneering to combat this problem is a pedestrian airbag.

What Volvo has done is to place an airbag in the cowl that inflates under some very specific circumstances. First the car has to be moving within a narrow range of speeds (speeds commonly found in city centers).

A set of sensors detect the proximity of ‘legs’, and then the rear edge of the hood is pushed up (explosive bolts and trick hinges I suspect). The air bag then deploys pushing the hood up further and providing a cushion for the pedestrian’s head.

The pedestrian will definitely be sore, but hopefully not dead. Look for this tech to be mandated in Europe in the near future and find its way into other markets. 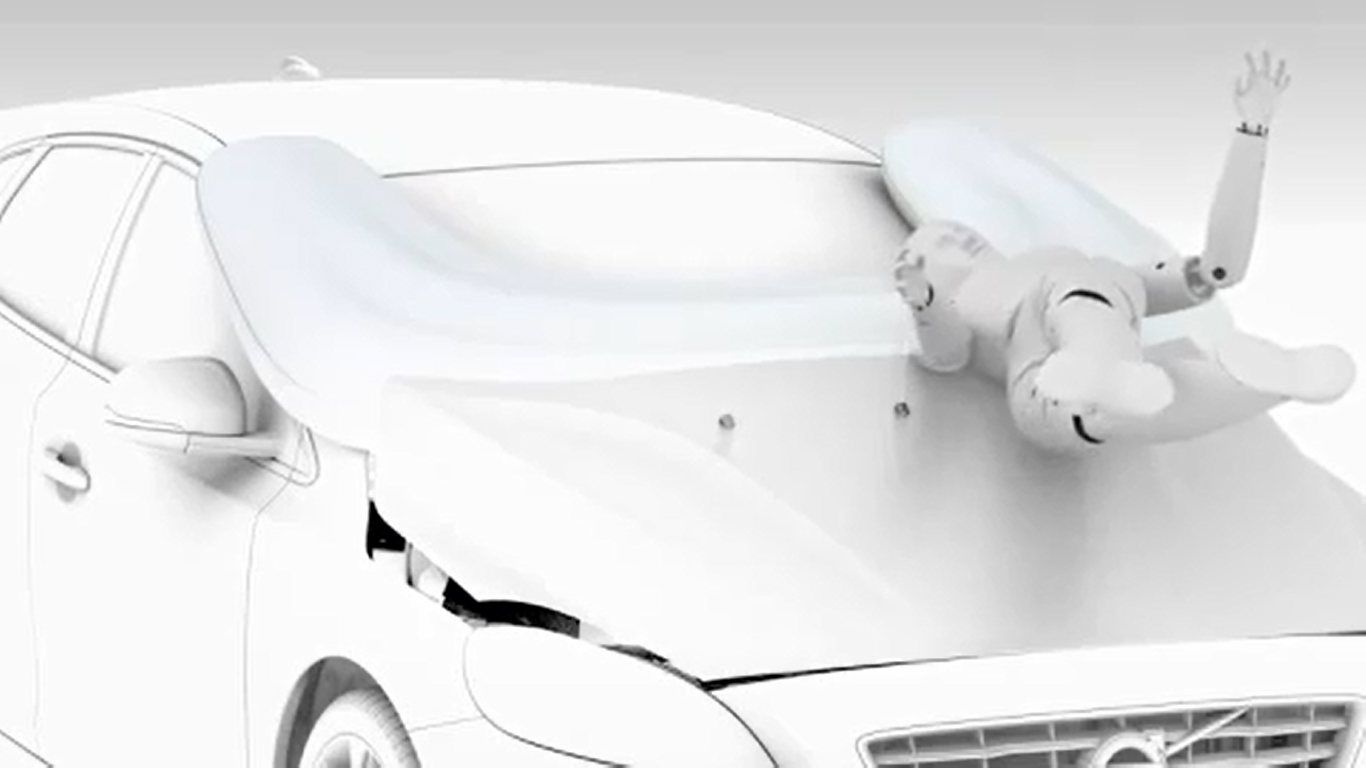