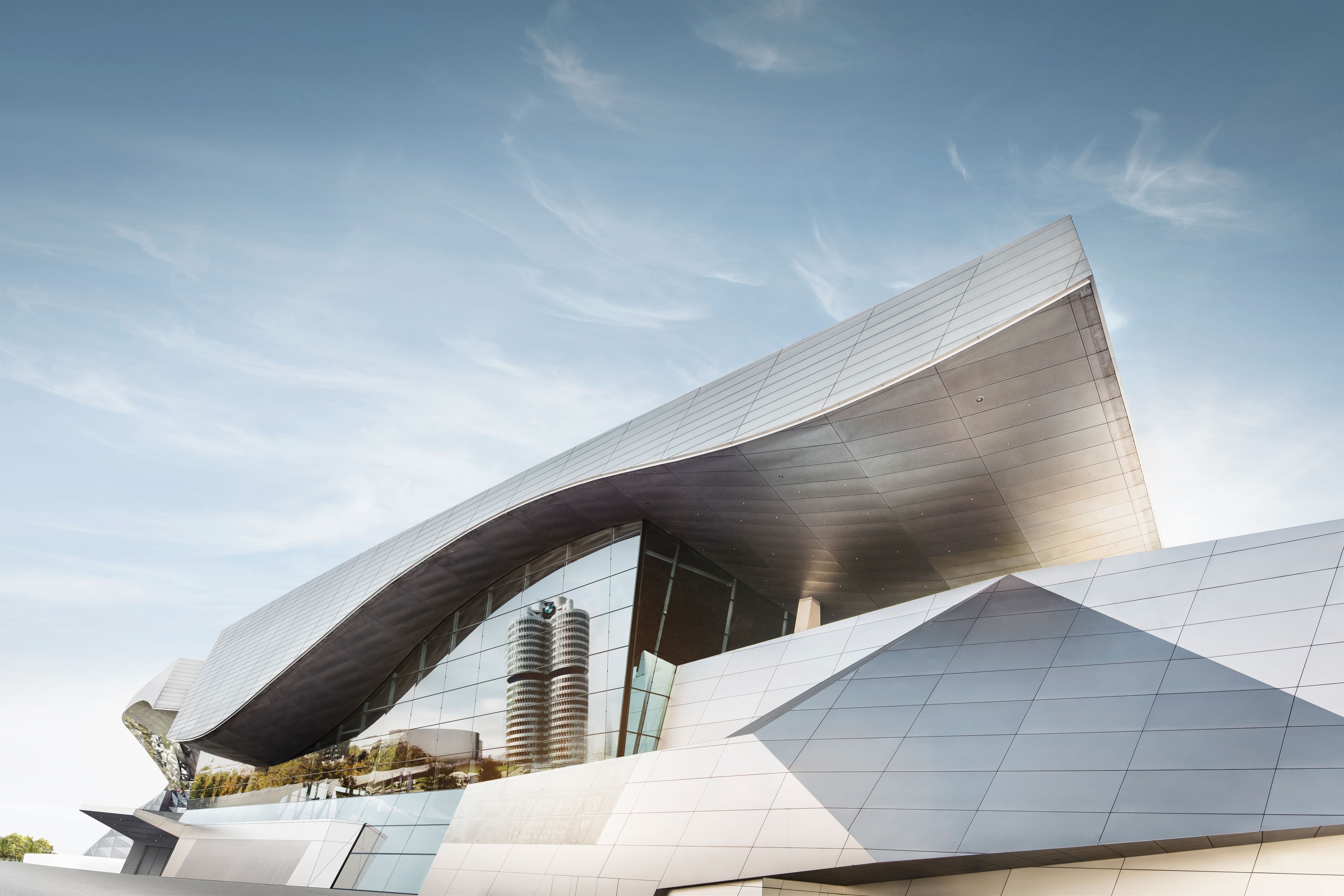 Today’s BMW Super Bild isn’t a BMW car at all, but it is a “Super Bild” which is German for “Great Image”. So to kick off a new week at BMWBLOG.com I thought it would be fitting to pay tribute to the place where so many have taken delivery of their new BMW or simply go to visit if you’re lucky enough to live in Europe.

Ground broke for this super complex in the summer of 2003, and construction continued until late 2007. What slowly rose to the sky had the citizens of Munich gasping, and plenty of jaws drop to this day as thousands of people visit the Welt every year.

BMW Welt translates ‘BMW World’ – and that is an accurate name for this mega hub of all things BMW. Walking through the front doors you enter an expansive space showcasing current BMW cars and motorcycles alongside a few classic cars including the famed BMW Isetta. Everything around you speaks of art and design and as you continue walking, the atrium opens up with metal beams and sheets of glass twisting and swirling around you. Beyond the impressive architecture, the Welt is a showcase of BMW’s operational efficiency. It is the crown jewel of the brand.