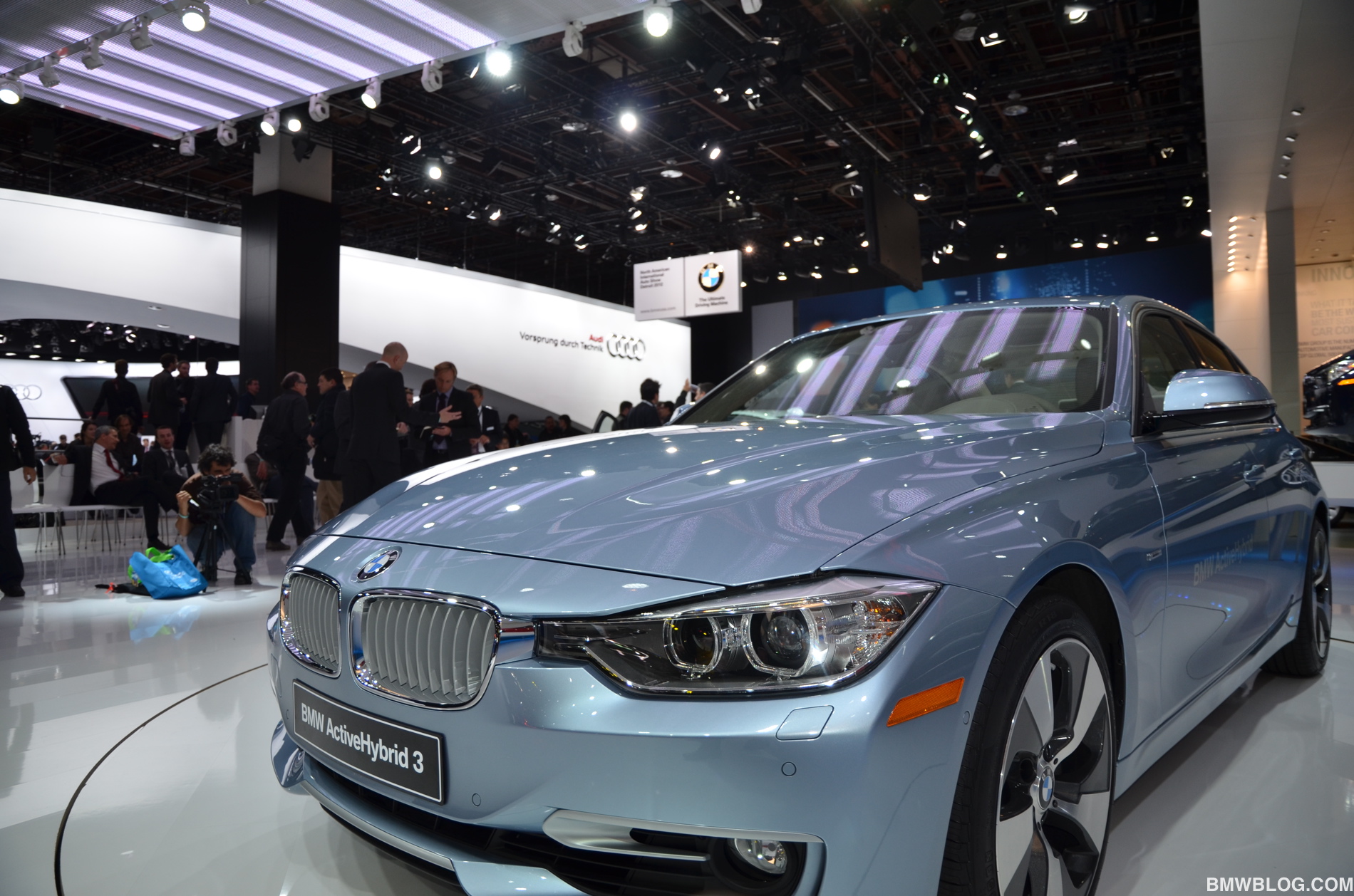 The meeting where ZF pitched the 8HP eight speed automatic to BMW would have been interesting to attend. To have seen the wheels turn as the BMW engineering team recognized the flexibility of the transmission to deliver both performance and fuel economy would have been worth it. The ZF 8HP is one of those products that shows up once in a blue moon that changes the playing field.

Thanks to the shear audacity of the number of forward speeds, the 8HPs flexible couplings are often overlooked. The 8HP can be configured to use a torque converter, a DCT, or a hybrid drive electric motor, to couple the engine to the transmission. And you can see the light bulbs
illuminating for the engineers when the notion that you can increase fuel economy, improve shift timing, and get a hybrid ‘nose’ for the transmission was presented.

BMW had to have had the N55 in the planning stages when the 8HP became known. Here was a way to multiply the fuel efficiency benefits of the Twin Power turbo-charged technology. The 8HP would become a piece of the EfficientDynamics suite of technology. And it is the coupling of the N55 to the 8HP via the electric motor that will bring BMW’s hybrid vehicles to a wider audience.

The ActiveHybrid 7 and X6 use the turbo V8 motor, and they provide performance and fuel economy benefits over their non-hybrid versions. For example the 750i uses a six speed auto gearbox, goes from 0 to 60 MPH in 5.1 seconds and delivers 15/22 Cty/Hwy MPG. The ActiveHyrbid 7 uses the 8HP gearbox and shaves 0.4 seconds of the 750i’s 0 to 60 time while delivering 17/26 Cty/Hwy MPG.

The ActiveHybrid 5 and 3 are lighter and are equipped with a smaller engine than the ActiveHyrbid 7. While MPG numbers are not currently available, look for either vehicle possibly to offer slightly better fuel economy then their four cylinder versions. The N55 six already is
pretty close to the N20 four in fuel economy when coupled to the eight speed automatic. But don’t look for radical improvements in performance, rather, expect the 0 to 60 MPH times to be the same or just marginally quicker than the 535i/335i version of the ActiveHybrid cars.

Peak horse power of the ActiveHybrid 5 is 340 HP. The N55 engine contributes 306 HP towards that number, and the peak HP of the electric motor is 55 HP. That means that the two power peaks occur at different RPM and you can safely bet that the electric motor HP peak occurs before the N55’s. 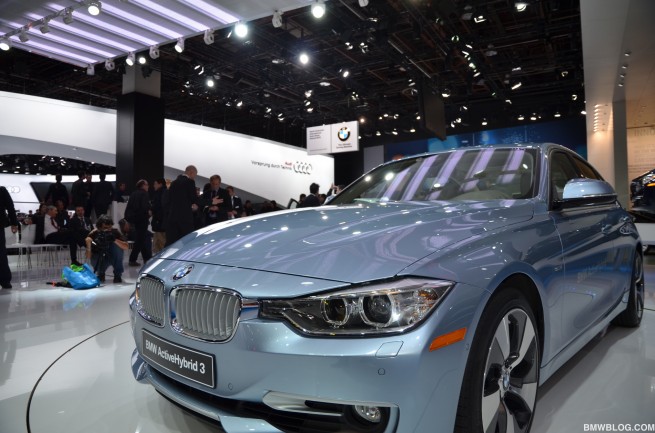 The battery pack is not huge, it sits under the floor of the trunk. It isn’t designed for running in all electric mode for any great length of time, in fact BMW expects to get around 2 miles from the charge when running under 35 MPH. And that’s actually sufficient. That’s generally
ample distance between a suburban house and a feeder road posted at speeds higher than 35 MPH. And that’s where the greatest fuel economy savings come in at. When under 35 MPH in residential areas, stop and go conditions. The ActiveHybrid 5 and 3 aren’t city cars, and their optimization as hybrids reflects their intended role and target markets.

The lithium-ion battery pack is configured to provide 317 volts DC. That voltage allows for reduced current loss and wiring diameter. But it does pose a hazard to technicians (as do most hybrid vehicles). And that is why all the high voltage wiring in vehicles is clad in an obnoxious orange color.

In addition to the lithium-ion battery pack used to run the electric motor (and the HVAC system from time to time, another clever feature of EfficientDynamics), the ActiveHybrid cars have at least one additional battery. It provides general 12 volt DC for the car.

Most hybrids will use the electric motor as the starter motor and the ActiveHybrid 5 and 3 can also, but BMW has taken a belt and suspenders approach to starting the car. They have a starter/generator which allows the car to be started and run if, for any reason, the high voltage hybrid system fails.

And of course making all of this work well together requires even more lines of code (lots of software).  It’s not just to ensure mechanical interoperability of the electric motor and IC engine, but also to optimize the promise of the hybrid systems. BMW ties the navigation system into the ECU suite and plans ahead for appropriate use of energy from all of the sources available. There is also talk that this will work even without a navigation entry, based on prior driving habits and applying analytics to those routes taken. Makes sense for a vehicle used for commuting, but still it’s a brave new world.

There are a couple of competitors to the ActiveHybrid 5 worth reviewing. They are the Lexus GS 450h and the Infiniti M Hybrid (M35h). Both use 60 degree 3.5 L V6s and Atkinson cycle valve timing. The Infiniti uses a 7 speed transmission, while the Lexus uses a CVT.

The Atkinson cycle is a variation on the Otto cycle. It’s distinguished by its use of holding the intake valve open longer than normal, actually allowing air/fuel to momentarily escape the cylinder during the compression stroke. Allowing the mixture to move back into the intake manifold reduces the total compressed and burned mixture that generates the power stroke. At the end of the power stroke the cylinder is back to atmospheric pressure. In essence the air/fuel mixture burn produces the maximum usable work from the power stroke.

Unfortunately the power density of a modern Atkinson cycle engine is less than a similarly sized conventional engine. And this is where BMW’s Twin Power turbo technology holds an edge. The amount of fuel injected
in to the cylinder is controlled much more precisely with direct injection than port injection. Subsequently use of an Atkinson cycle is moot in the BMW ActiveHybrid line.

BMW has managed to take a specific piece of technology, the ZF 8HP, and use it to full advantage. The promise of the Twin Power turbo engines and the hybrid coupling for the 8HP opens up anew market segment for BMW with both 5 and 3 series variants of ActiveHybrid cars.