Earlier today, Audi revelead their new Q3 model. The compact SUV will come to market next year and will compete against BMW’s high-seller, the X1.

At 172.8 inches long and 72 inches wide, the Q3 is roughly the same size as Volkswagen’s Tiguan, and about 2.5 inches shorter than the X1.

The Audi Q3 is essentially a shrunken version of Q5 an Q7 SUVs. The design features a more coupe-like approach, with a gently sloping roofline and a steeply raked hatch. 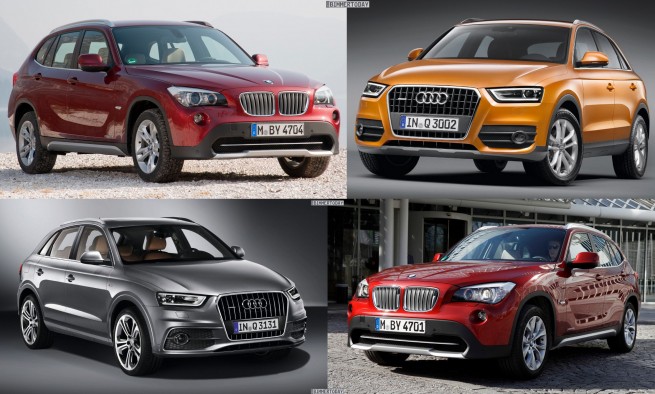 The single-frame grill, like all recent models from Ingolstadt is once again present, along with the flashy, yet effective LED lights. Inside, no surprises as well, the typical Audi habiclat is present with the usual whistles and bells.

The Q3 is available in both all-wheel drive and front-wheel drive configuration, and weighs around 3,300 pounds (1,500 kilograms). The rear-wheel drive BMW X1 starts at 1505 kg.

At launch, in Europe, three engines will be available, all of them displacing 2.0 liters and combining turbocharging with direct injection. Two gasoline variants offer 170 or 211 horsepower, while the turbodiesel unit produces 177 horsepower; a 140-horsepower diesel will debut later. Audi says the 140-horse engine can return up to 45 mpg on U.S. testing in front-wheel-drive Q3s; the 211-horsepower model can reach 62 mph in a claimed 6.9 seconds. 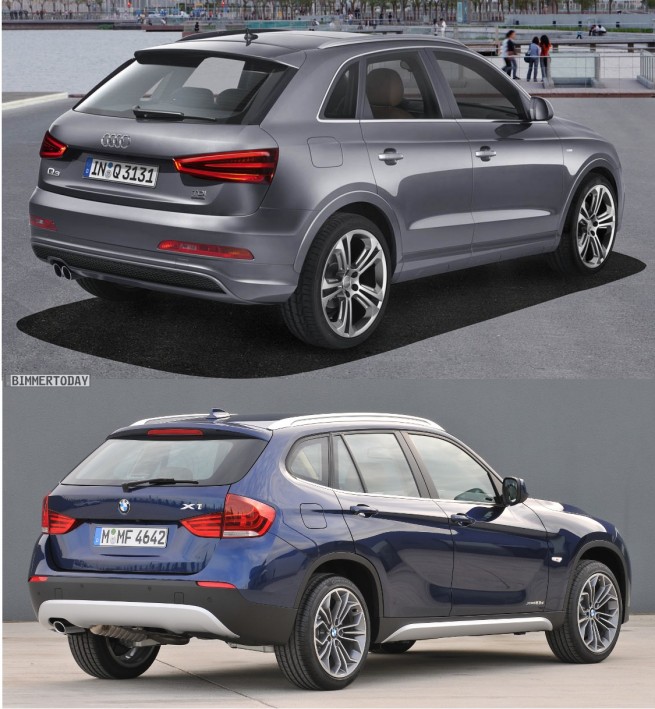 The engines are mated to a six-speed manual transmission and a 6 and 7-speed automatic.

As always, we decided to create a photo comparison between the two vehicles. 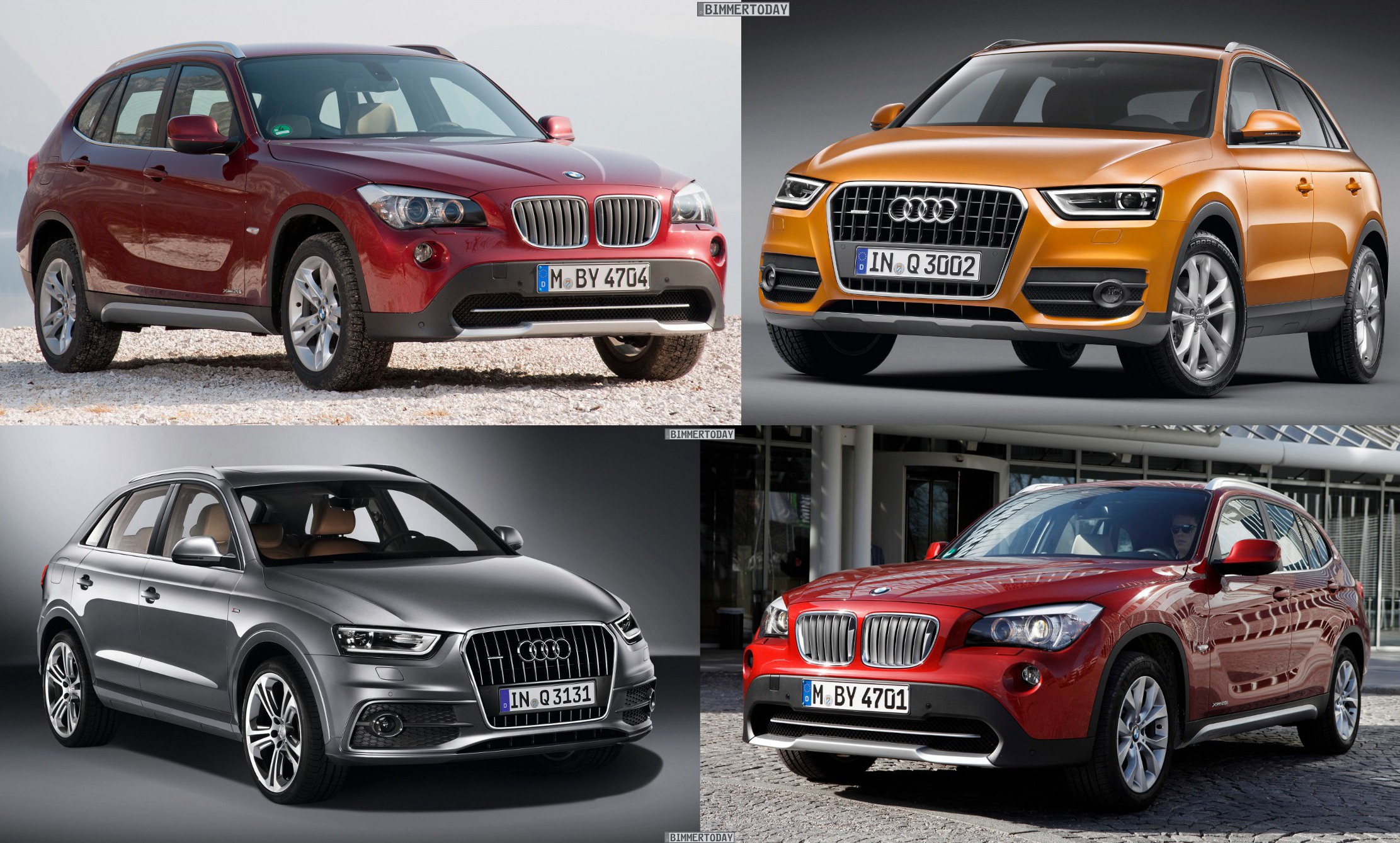 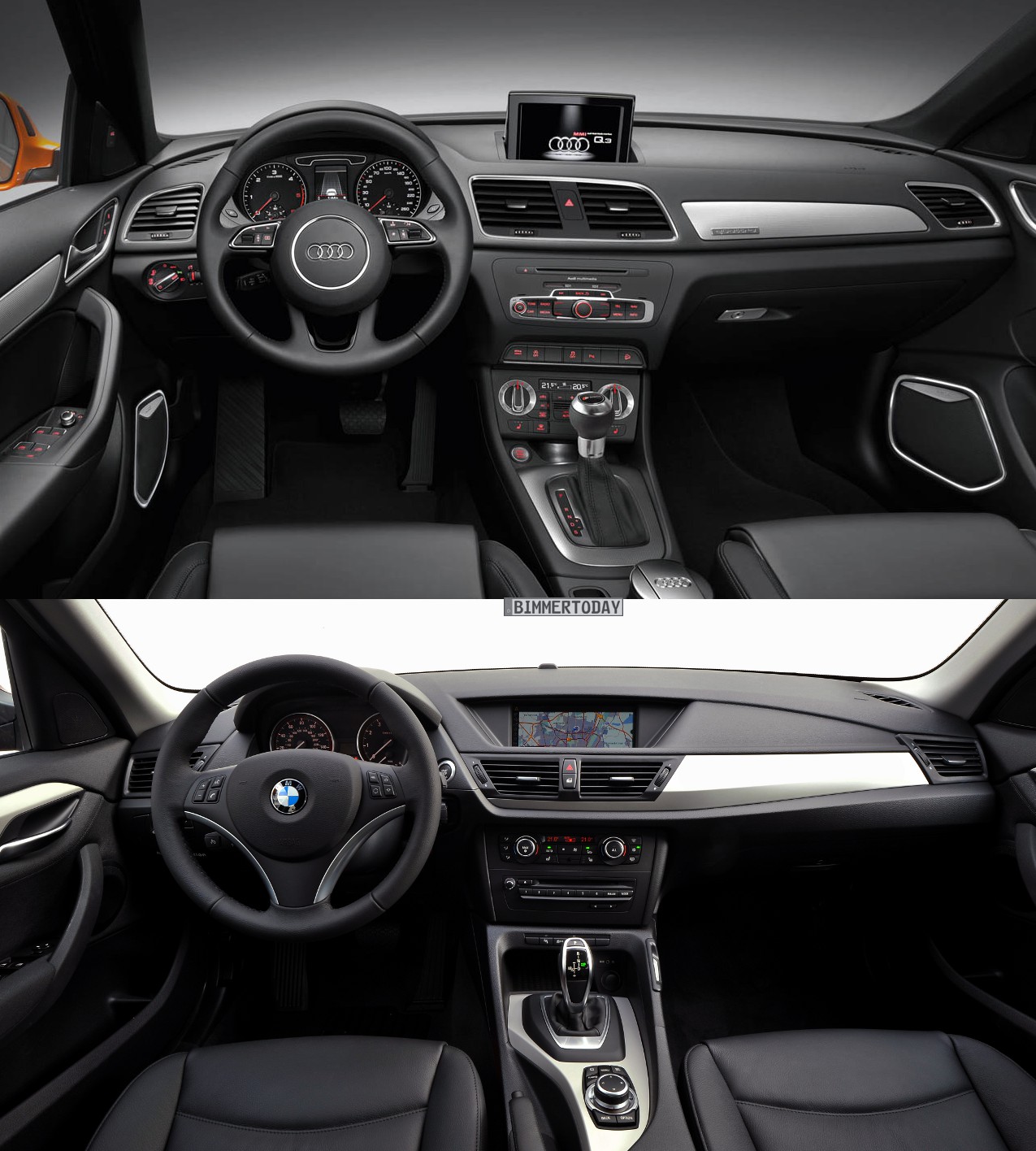 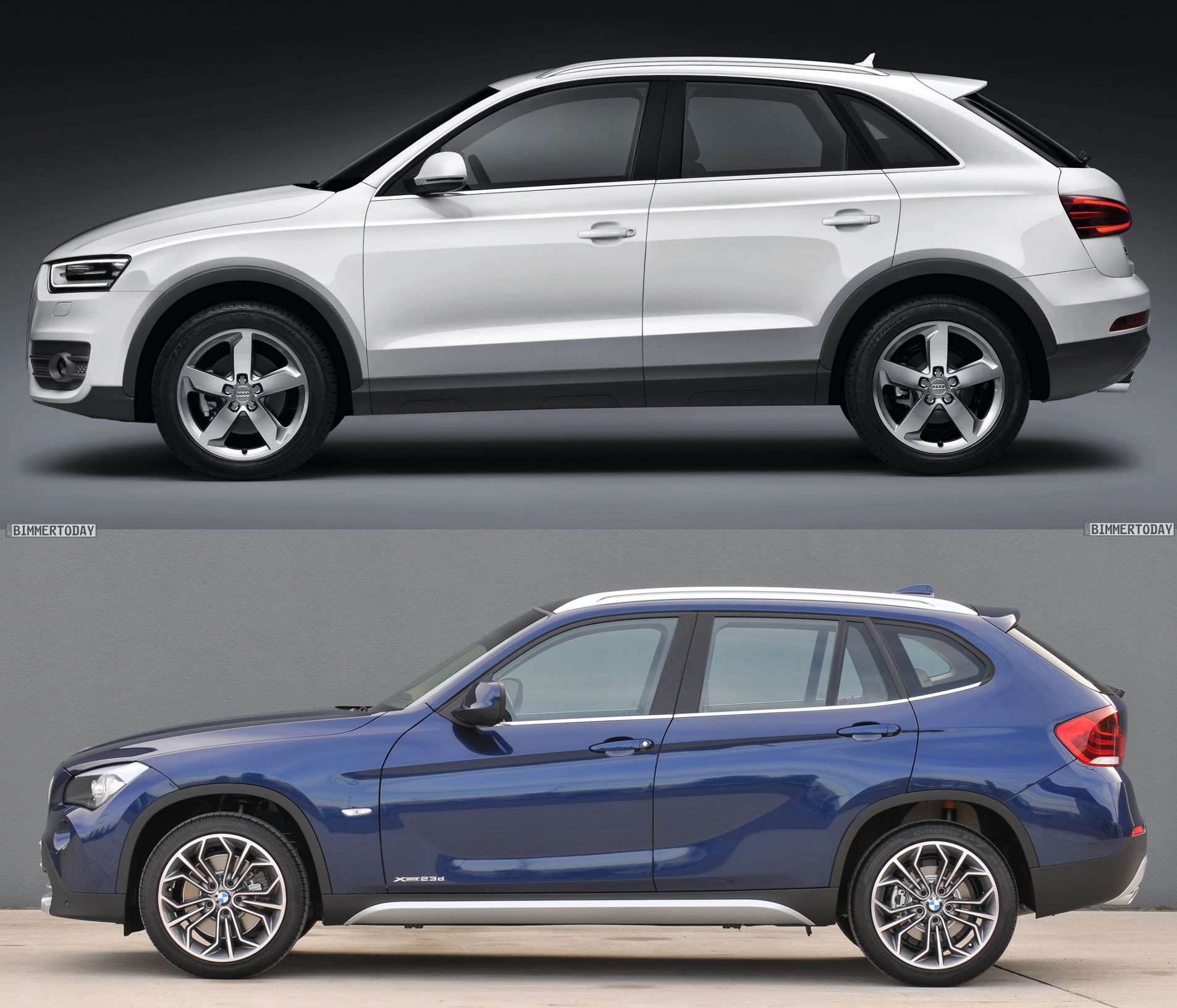 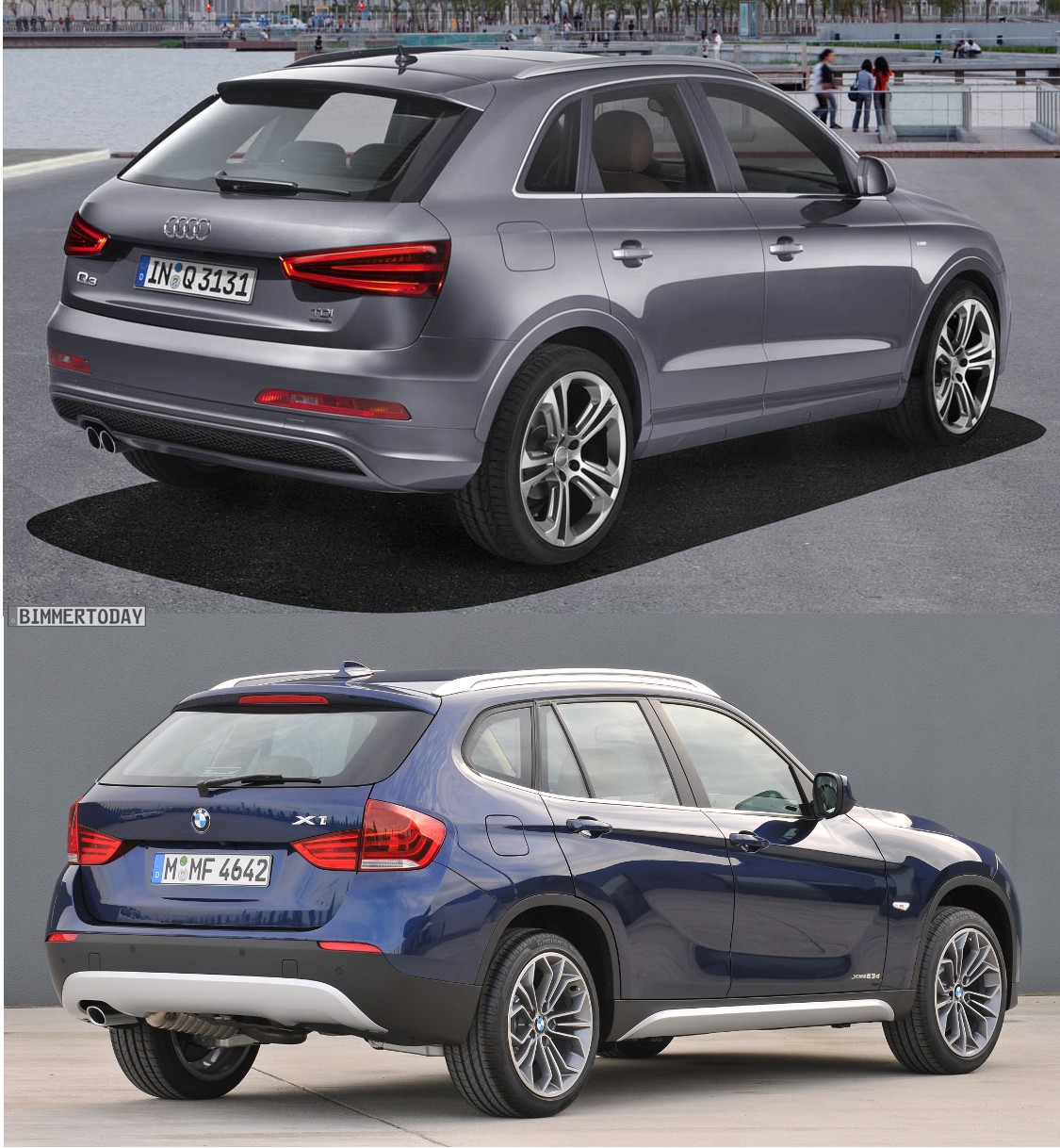