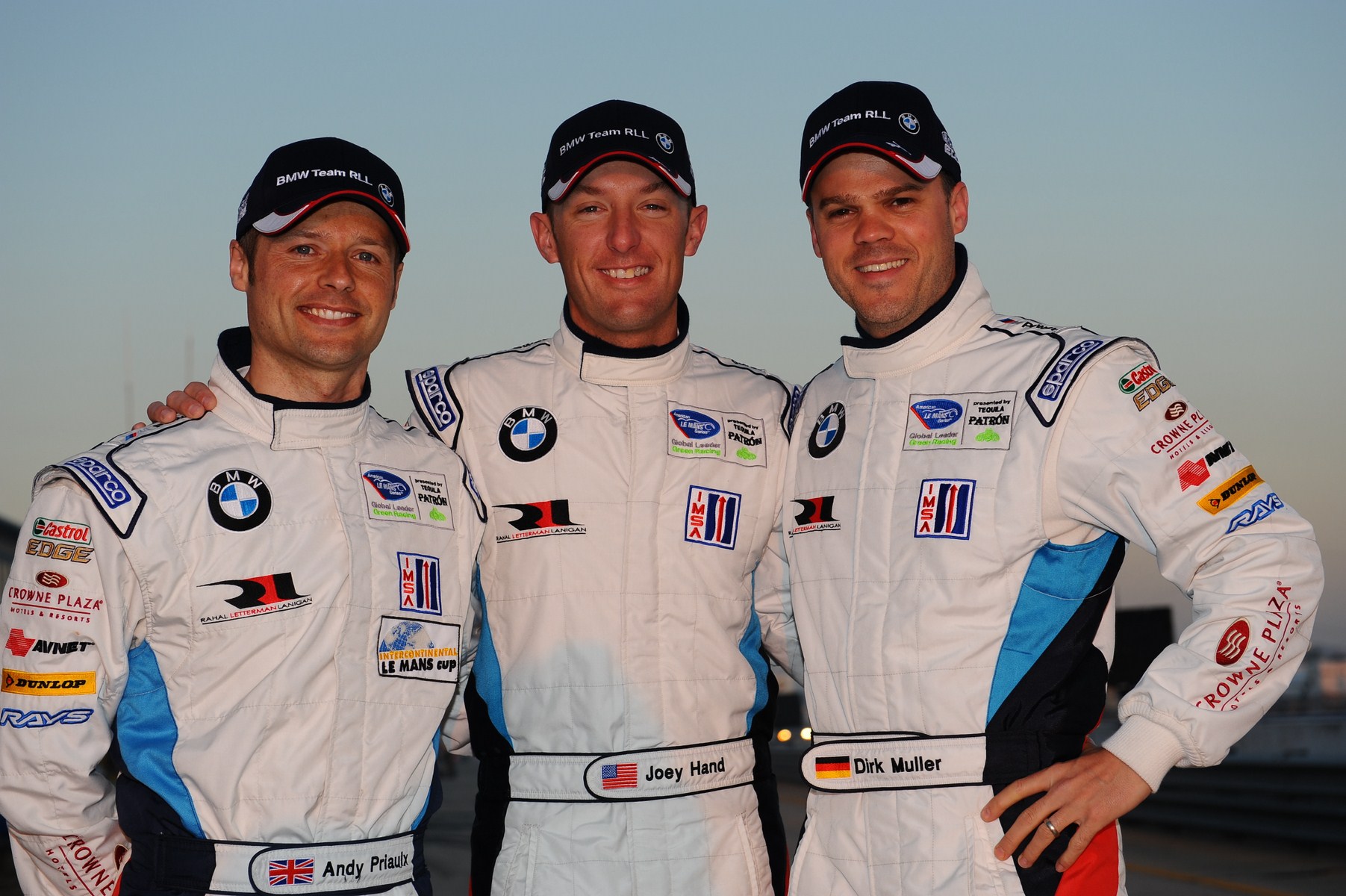 BMW Motorsport announced today that Joey Hand will join teammates Dirk Müller and Andy Priaulx to drive the No. 56 BMW M3 GT at this year’s 24 Heures du Mans endurance race on June 11-12, round three of the Intercontinental Le Mans Cup (ILMC). The same trio driving the BMW Team RLL M3 GT had the perfect start to the ILMC season and American Le Mans Series (ALMS) season with the GT class win at the 12 Hours of Sebring on March 19.

The Le Mans race will be Hand’s first outing on European soil for BMW Motorsport. His outright victory at the 24-hour race in Daytona driving the Chip Ganassi Racing with Felix Sabates BMW Powered Daytona Prototype at the start of the year and success at the 12-hour race in Sebring were timely reminders of the American’s talent ahead of the team selection for Le Mans. 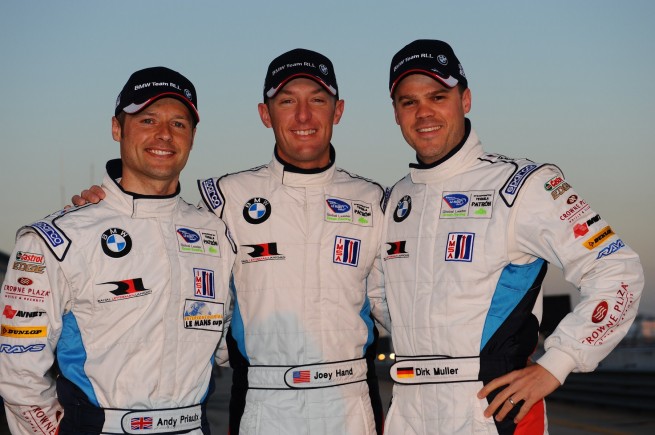 While BMW Team RLL was responsible for the two BMW M3 GT cars at the curtain-raiser to the season, BMW Team Schnitzer will take over for the next ILMC races in Europe and the finale in China. The driver line-up is now official for most of the ILMC season.

Augusto Farfus (BR) and Jörg Müller (DE) will alternate behind the wheel of the No. 55 BMW M3 GT. They will be joined for the 24-hour race in Le Mans (FR) by Dirk Werner (DE), the regular BMW Team RLL driver in ALMS. Müller and Werner gave BMW the best possible finish to the 2010 ILMC season with a win in the GT class in Zhuhai (CN).

In the second BMW M3 GT (No. 56), three-time world touring car champion Andy Priaulx (GB) will contest all the races in the ILMC. He will be supported by Uwe Alzen (DE) in Spa-Francorchamps (BE) and will share the car with Pedro Lamy (PT) in Imola (IT).

BMW Team RLL will contest Round 2 of the 2011 ALMS season at Long Beach on April 16.