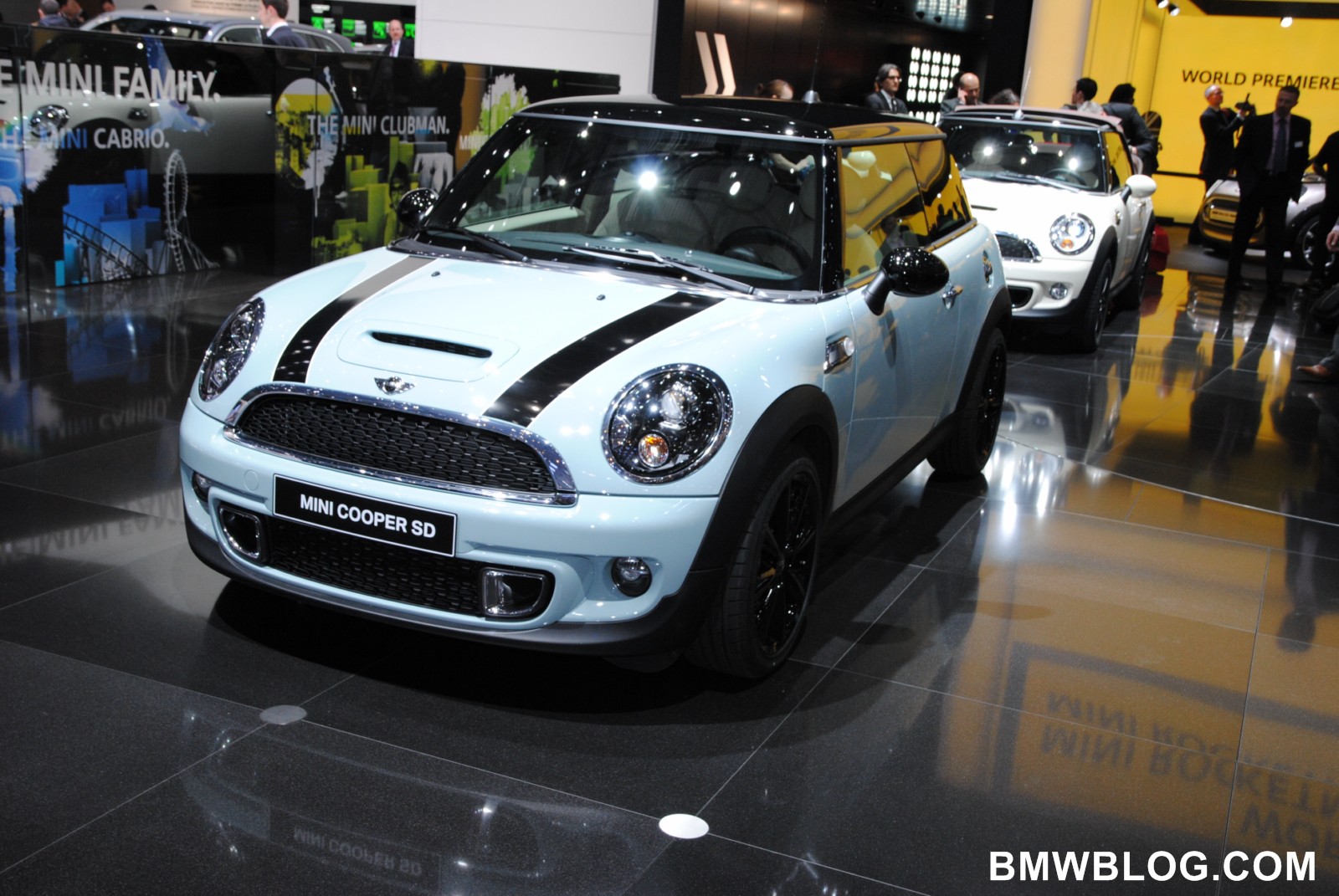 At the 2011 Geneva Motor Show, BMWBLOG continued the series of interview with key designers at BMW Group. Last October at the Paris Motor Show, we sat down with Anders Warming, at the time Head of Exterior Design at BMW, just weeks before the official announcement that he will be heading to MINI to lead the entire design team.

The Denmark-born Warming started with BMW at its DesignworksUSA design studio in Newbury Park, CA and also had a short tenure at Volkswagen from 2003 to 2005. 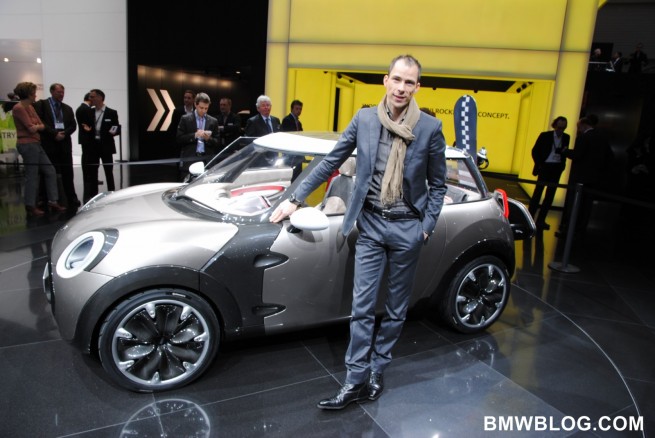 His new role as Head of Design at MINI is the biggest challenge of his career and for a designer, a dream come true. To learn more about MINI car design, future design languages and the hype behind MINI brand, we spent some time with Warming at the MINI exhibit in Geneva.

BMWBLOG: Tell us about your recent move to MINI as Head of Design.

Anders Warming: It’s a dream job to design cars for the most emotional brand. The MINI brand fits the way I think about things in the world. I believe you can have cars in your life that can be smaller, even objects, they don’t have to be big and they can still be premium and luxurious, very emotional. The MINI today on the road does that. I drive one and it’s a dream to drive, and everytime you look at it, your heart starts beating.

A lot of people ask us what is so successful about MINI? I believe it fills a market that never existed before: small and premium. Believable also, not in the sense of small and premium looking, but as far as driving, braking, handling and the looks of the car. This is why I am so excited about the brand as a whole because I believe there is so much potential in the brand, you can either make the car larger, we showed that with the Paceman concept, and that’s still premium, desirable, but at the same time, you can make it smaller. I am having a blast! 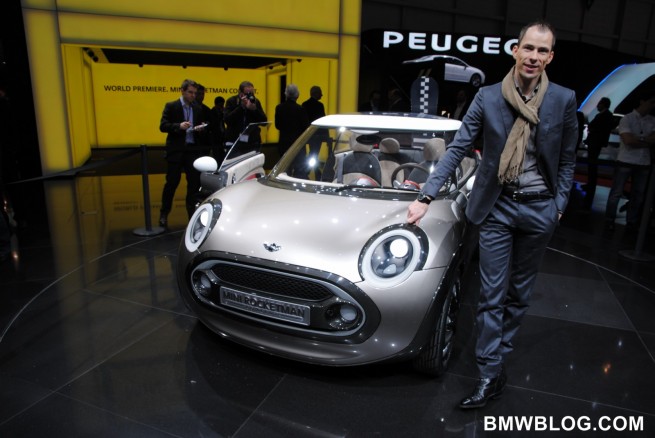 BMWBLOG: What is the design idea behind the MINI Rocketman?

Anders Warming: This car has a very simple story. The car is reduced in size, from being a four-seater to a three-seater. The original MINI was the perfect concept for four people with very small space. Now today, the MINI Cooper is also conceived as a four-seater car, but in order to get to the original size of the classic MINI, we have to reduce it to a three-seater. What also this car has is the element of lightweight, the smaller the car the better for efficiency, that’s why we use this carbon-fiber chassis.

Second, we have the typical MINI openings, double hinge and the opening for the trunk which is special for this car.

BMWBLOG: What is your vision for MINI?

Anders Warming: MINI will remain a very authentic brand. Authenticity is for me the main issue: lightweight, more efficient and narrow tires. All these messages make it absolutely desirable, small, compact, intelligent, and it has a look that is cheeky.

To me, that’s how the brand has to be.

BMWBLOG: How was the transition from BMW design to MINI?

Anders Warming: At BMW design Group we always talk to each other, with Rolls Royce, motorcycle guys, MINI, so there is always an exchange of knowledge. For me, it’s a very natural transition. As you know, I have been working at Advanced Design before where we also worked on MINI Concepts, so for me it’s more of a return to a theme I have been working on for years anyway. But to answer the other side of your question is that I believe at BMW design, you have the opportunity to make very clear, authentic statements as far as the car goes. In the time I spent at BMW it was always about doing the right thing for BMW, now coming to MINI is doing the right thing for the brand also. What I can tell you is that there will not be any BMW-looking MINIs.

BMWBLOG: How closely do you attempt to link the original MINI with all future variants?

Anders Warming: I believe a MINI is only a MINI if it’s the smallest in its class. You can have a Countryman and it is still the smallest in the class and that is a message of the brand.

BMWBLOG: How integral is sport driving to the MINI brand? How is this shown in current models?

Anders Warming: Sport driving is really half of what the brand is all about. You’re not going to fall in love with the brand if it doesn’t speak to you as far as driving experience goes. We are lucky to have platforms and packaging that really supports this sport driving. Our job as designers is to underline that, so the elements you touch, the steering wheel, the shifter, everything that’s in your vicinity as a driver has to be set as an emotional experience to control your car. 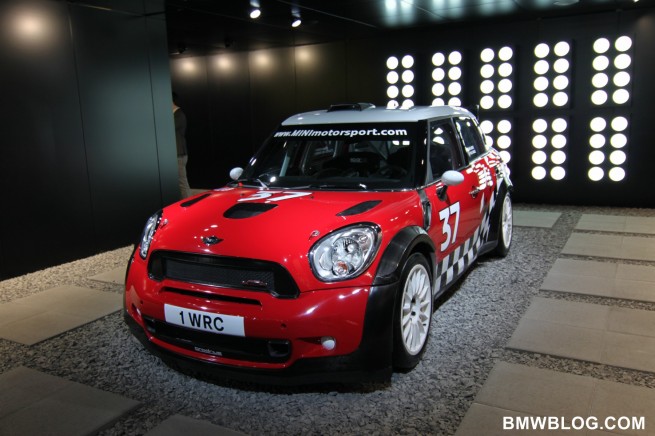 BMWBLOG: Will we see design details carry over from MINI WRC racer to road cars?

Anders Warming: You have seen that many MINI packages, John Cooper Works, etc., are inspired by challenge series. WRC at this point is something we are starting, how much that visual vocabulary transits into the car, I cannot say right now, but you can be sure that every emotional message we have in the brand is going to be on the road.

BMWBLOG: How is the MINI Countryman different from other offerings in its class?

Anders Warming: One of the main messages, especially seen on the Countryman, and now on the Paceman, is that we are centering the proportions of these cars around all-wheel drive.

BMWBLOG: Aside from safety and luxury features that go into current models – what do you say to critics that MINI deviates from its roots in ultra compact cars?

Anders Warming: I am not sure who says that, but the truth is the customers love MINI, including the Countryman and all its variants, diesel, all-wheel drive, etc.., people really buy into it and take it to heart. The important message is that we, at MINI, listen to the needs of our customers.

BMWBLOG: Are their any models in the history of MINI that you’d like to see brought  into modern times as a production vehicle?

Anders Warming: I think we have so much “Mininess” on the road and you also see a lot of MINI themes now in concept cars. I believe that you cannot replicate the past, you should use the thinking and innovation in the brand, and have that project into the future.

BMWBLOG: Will future MINI’s continue to grow in size or do you have a specific vehicle size you want to maintain?

Anders Warming: That’s of course an issue that everyone here at the show will be asked because the legal requirements of future cars, generally are centered around safety. A lot of these safety regulations will influence certain volume cars, but I think this goes for the entire car industry. And in my opinion, this is a good thing, safety is very important. 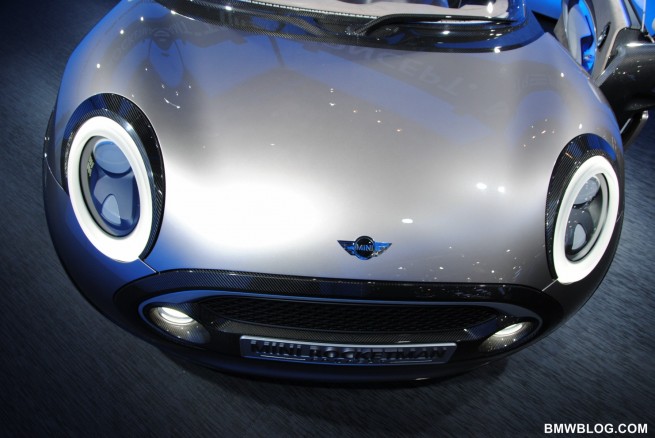 BMWBLOG: What core design traits do you want to carry to future MINI models? The large headlamps are obvious – but what about the humorous instrument binnacle and oversized gauges?

Anders Warming: The icons that you see on the road today are important to our customers, front headlamps, center display, taillight graphics, white roof, the overall proportions of the car; these are ingredients that should be in every MINI. Of course, we always look at new features and new ways to do things, like carbon fiber and a new line in the body, that’s basically the creative drive you have to have as a design team. But you will the icons MINI has built around every car. 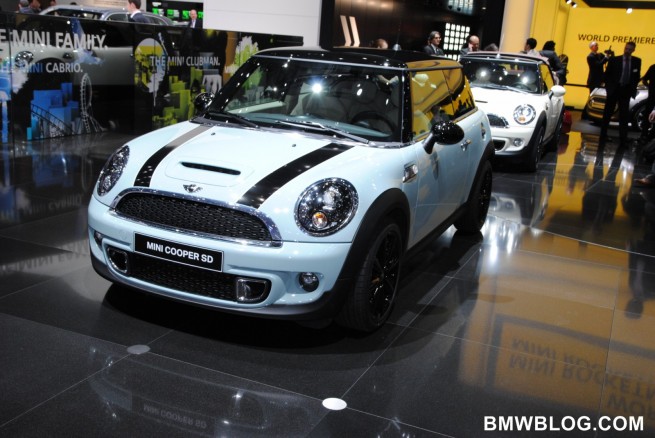 BMWBLOG: The MINI Cooper has a fairly timeless design. The R56 is a beautiful car and the R53 really has not aged much in the last 8 years – does the MINI Cooper design need to be fully revisited every 7 years when you’ve already accomplished the hardest feat in car design – making a timeless figure?

Anders Warming: This is more of a philosophical question. I think it’s important that every corner of the brand, Cooper and Cooper S are a corner of the brand, or MINIMALISM, all these will develop in an authentic manner. What you won’t see from MINI is to leave design teams behind.

Build what we know and then make it futuristic.