Wind River and automotive component manufacturer Magneti Marelli announced they’re collaborating on the first in-vehicle infotainment (IVI) solution based on the open source Genivi Alliance spec. Based on Linux (and MeeGo, most likely), the system will first be brought to market by BMW, says Wind River.

The jointly developed IVI solution supports a range of automotive control module or “head unit” architectures, and is available for all car manufacturers in customizable configurations, says Wind River. It will first appear as the basis for “next-generation entry and mid level IVI systems” for BMW Group vehicles, says the company. Timing was unclear, but it appears that the system may have already been shipped to BMW. 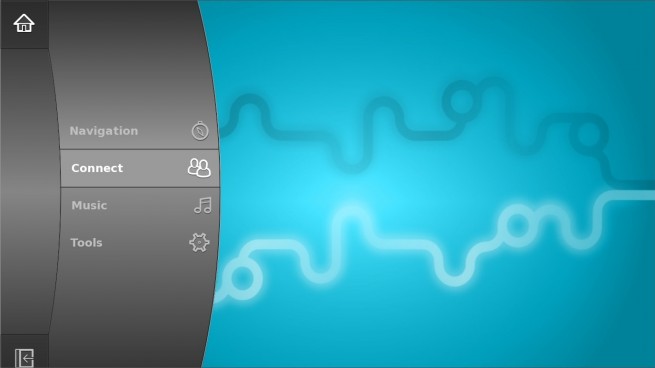 Although Wind River did not provide details aside from the Linux foundation of the IVI software, it would appear likely that the system is based on the Linux-based MeeGo operating system. However, it may instead be based on MeeGo’s predecessor, Moblin.

The original Genivi Alliance IVI reference platform launched in 2009 was based on Moblin, Wind River Linux, and the Intel Atom processor. (See farther below for background.) In July of 2010, however, the Genivi Alliance announced it would base its second IVI reference platform, called “Apollo,” on MeeGo and the Intel Atom E6xx.

In August the MeeGo project released version 1.0 of the MeeGo for IVI UX (user experience) running on Intel Atom processors. A more polished version was released as part of MeeGo 1.1 in October.

MeeGo for IVI features a distinctive carousel-like scroll-wheel interface (pictured above), as well as a navigation UI (below). It also includes speech recognition capabilities, as well as a sample IVI home screen and taskbar built with Qt 4.7.

In March of this year, BMW joined 26 other organizations in pledging support for MeeGo. The German automaker mentioned the Genivi Alliance in its formal support statement.

In July, when Wind River announced its Wind River Framework for Automated Software Testing (FAST) for Android, the company said it was looking to extend Wind River FAST to support MeeGo and Genivi.