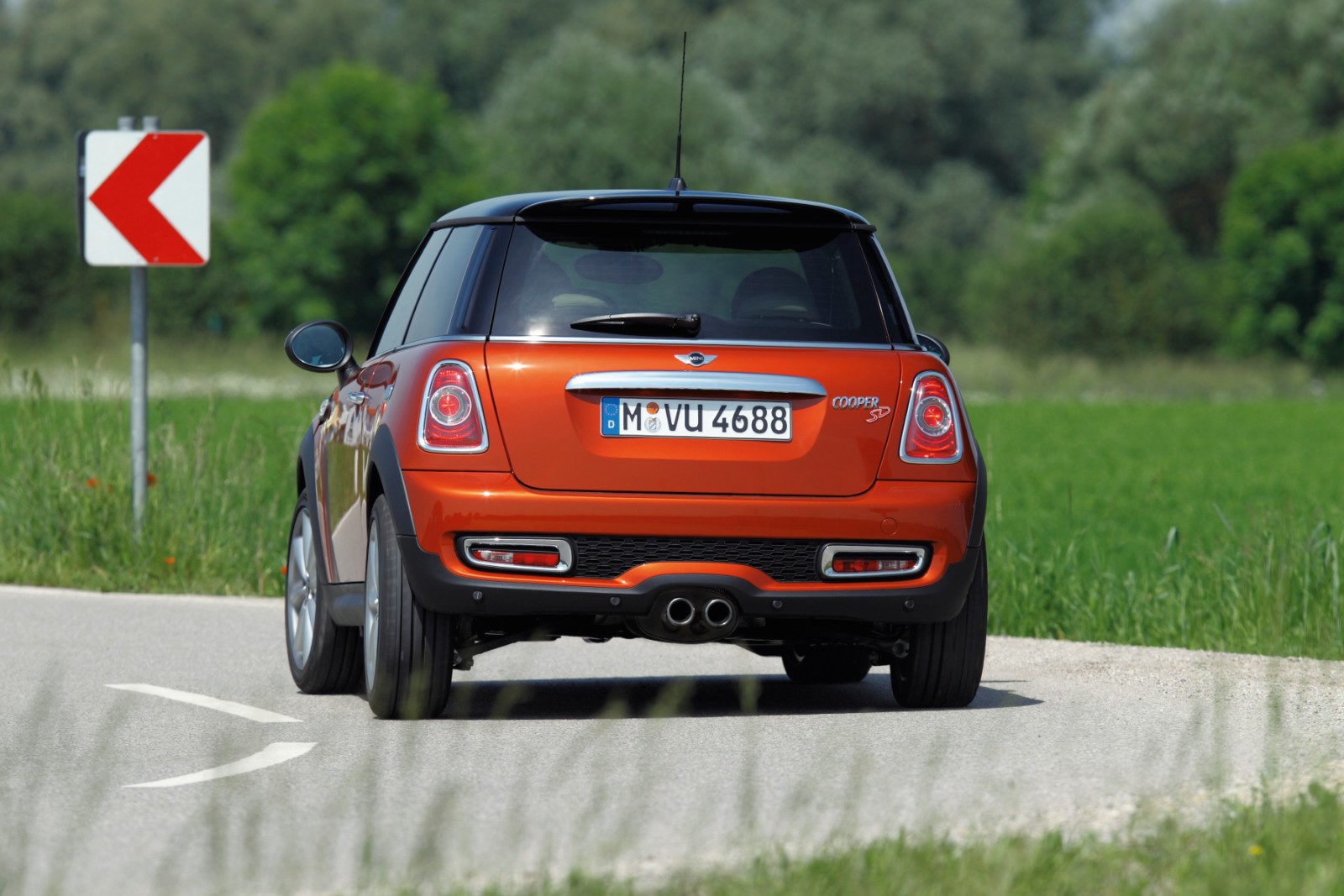 Just a few months after the market launch of the new MINI family and the MINI Countryman, the start of 2011 has brought another wave of driving fun and individuality in the premium brand’s hallmark style. The MINI Cooper SD, due for launch in spring 2011, will be the most powerful diesel variant yet in the MINI line-up. 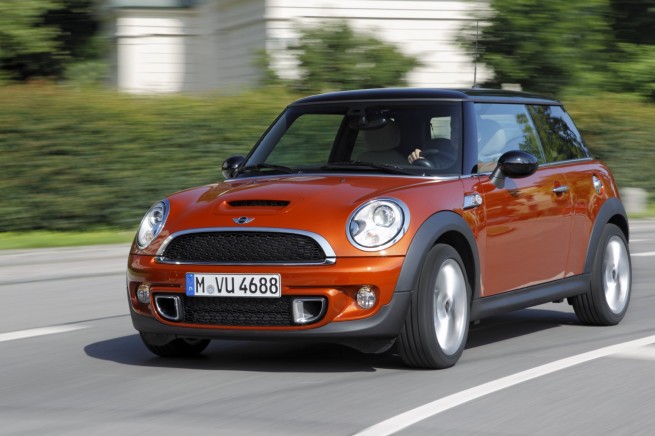 Furthermore, the customary selection of personalisation options available for drivers to configure their MINI in their own image has taken on even greater proportions. The newly developed MINI Yours product range offers a host of extremely attractive customisation options. The first ambassador of the exclusive and innovative MINI Yours style will be the MINI Clubman Hampton special edition.

MINI Cooper SD: Impressive on the power, frugal at the pumps.

The new MINI Cooper SD slots into the range above the MINI One D with 66 kW/90 hp and MINI Cooper D developing 82 kW/112 hp as the most powerful diesel MINI. Its 2.0-litre four-cylinder turbodiesel unit produces maximum output of 105 kW/143 hp at 4,000 rpm. A stand-out characteristic of the new diesel is its mighty pulling power, which remains on tap even under heavy loads; maximum torque of 305 Newton metres (225 lb-ft) is available between 1,750 and 2,700 rpm. Add this to the excellent balance between output and fuel consumption familiar from the other models in the MINI family plus extraordinary power development for a four-cylinder engine, and the MINI Cooper SD has all the tools the sporty driver could ever need. 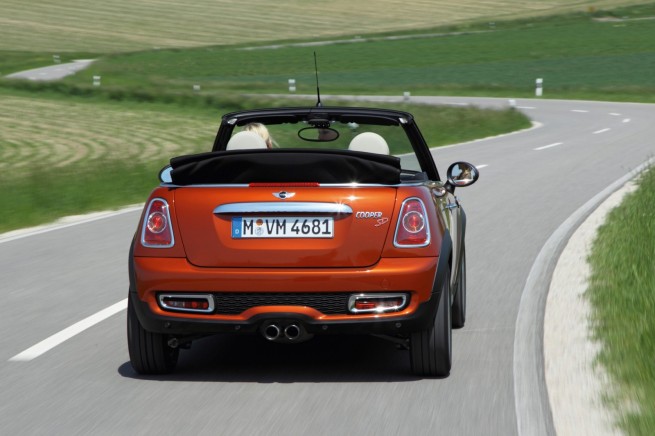 In its basic construction, the new 2.0-litre diesel fits the same template as the 1.6-litre units fitted in the MINI One D and MINI Cooper D. Its all-aluminium crankcase helps to keep the weight of the engine as low as possible, while the turbocharger with variable intake geometry develops the right level of power at all engine speeds. The engine in the MINI Cooper SD has a model-specific and extremely powerful turbocharger controlled by the engine management system, while common-rail direct injection with solenoid-valve injectors positioned centrally in the cylinder head ensure that the fuel is fed in extremely precisely and efficiently. The injection system works with maximum pressure of 1,600 bar and ensures optimum mixture preparation in the combustion chamber.

The new MINI Cooper SD is also fitted as standard with an extensive range of MINIMALISM technology. In addition to the engine’s efficiency, features such as Brake Energy Regeneration, the Auto Start/Stop function, Shift Point Display, Electric Power Steering and the need-based operation of ancillary components help to produce outstanding fuel economy for this output class. 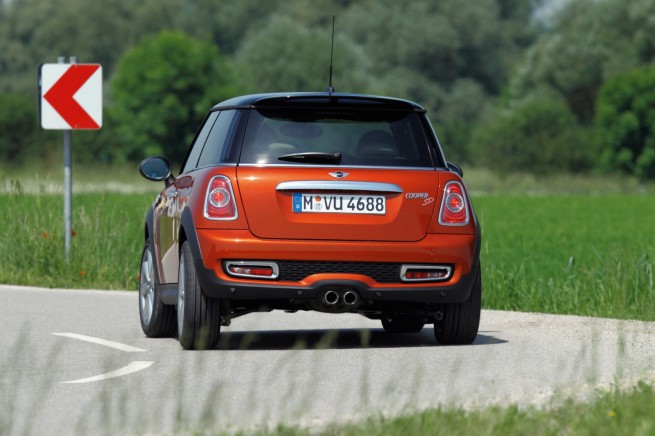 To ensure that its emissions are as clean as possible, the MINI Cooper SD is fitted with a diesel particulate filter and an oxidation catalytic converter. No extra injections of fuel are required to clean the particulate filter. And, as with all current MINI models, the new diesel variants meet the EU5 exhaust emissions standard. Comfort levels on the move, meanwhile, are aided by the four-cylinder engine’s low vibrations and harmonious acoustic properties; here, the particularly sonorous soundtrack of the MINI Cooper SD unit when pushing on through higher revs lifts it above its two diesel stablemates. 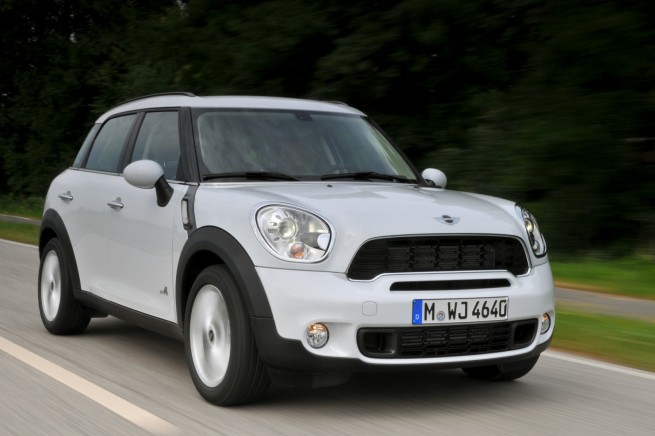 The models fitted with the new diesel powerplant come as standard with a six-speed manual gearbox, whose ratios are tuned carefully to the engine’s performance characteristics to enable powerful and silky smooth acceleration. A ready-to-drive weight of 44.8 kilograms (98.7 lb) makes this the lightest gearbox of its kind. Added to which, it sets a new benchmark in the MINI segment with its short shift travel and impressively precise action. A six-speed automatic gearbox will also be available from launch as an option. Its exceptionally short shift times and direct “target gear” finding capability on downshifts also allow the automatic to enhance the sporting character of the MINI Cooper SD. The six-speed automatic will also be available for the MINI Cooper D, MINI Cooper D Clubman, MINI Cooper D Convertible and MINI Cooper D Countryman from spring 2011. In the interests of delivering the optimum combination of engine and gearbox, these models will also be powered by a 2.0-litre diesel unit. This variant matches the output and torque of the 1.6-litre engine in the model variants with manual gearbox. 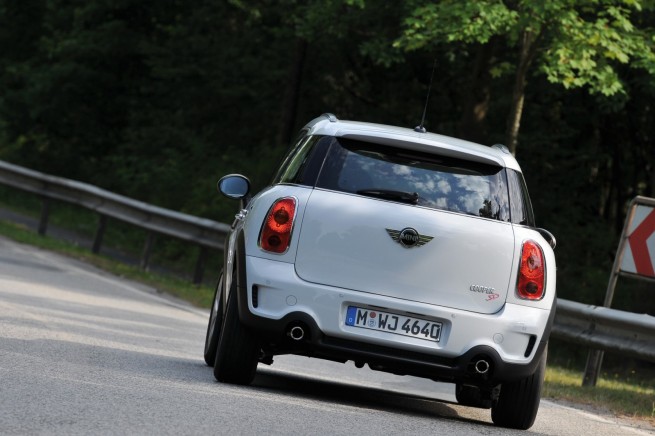 The MINI Cooper SD also uses model-specific design features to show off its sporting credentials. The most powerful diesel model in the range stands out – like the flagship petrol model, the MINI Cooper S – with its extra-large air intake in the front apron and an air scoop on the bonnet. Like the MINI Cooper S, it also displays its model identity in its side indicator surrounds (in its case with “SD” lettering) and has twin tailpipes positioned in the centre of the rear apron. The MINI Cooper SD, MINI Cooper SD Clubman and MINI Cooper SD Countryman also come with an eye-catching roof spoiler.