BMW Group employs around 450 designers worldwide with majority of them stationed in Munich. In our several interviews with BMW designers, we tried to decode the internal design competition process that takes place with every new model launched on the market, and of course, with concept design as well.

Before we jump into some of our findings, it is worth noting that this is simply based on the information gathered in the past few years and it has not been officially confirmed by BMW.

At BMW Group, the fundamental aspect of the design process is the internal competition for the design of the
exterior and interior of a vehicle. The process begins with design sketches that go through several decision rounds, some of them presented to the heads of BMW design, and the final round to the BMW board members. 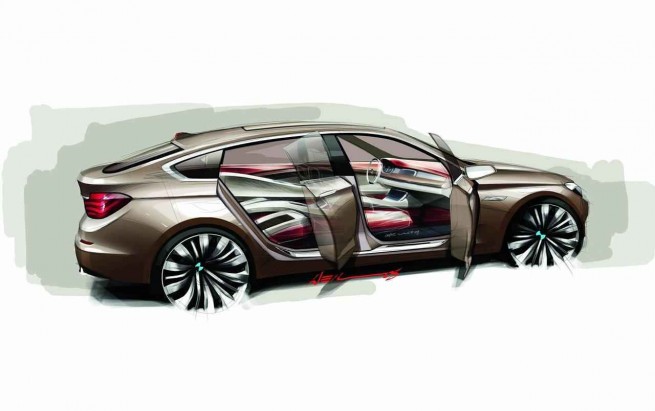 The first stage focuses at determining the proportions of these new vehicles. The sketches serve as a starting point. Next stage is all about aesthetics, looks and the alignment with the design language of each model. Design lines and surfaces play an important role here in the final decision.

Moving onto the next round, the design moves from the drawing table to the clay models where the very few lucky designers remained in the competition, work closely with clay modeling artists to imprint their design ideas. Using clay models, the proportions are further developed and tested for feasibility

Final round is all about the fine details and refinements. At this time, BMW designers are looking around the car and at every side again, making sure all the things are in harmony with one another. In this very last stage, BMW designers connect with the engineers collaborating closely on what ends up to be a production or concept model.

As an example, the BMW 5 Series Gran Turismo took three to four years to complete. The internal design competition began with twenty designers. Out of the those, six sketches and ideas were selected. After two rounds of evaluation and elimination, the models were narrowed down and at the end, three teams and their clay models were presented to the board.

In a recent interview, Anders Warming, Head of Exterior Design at BMW Group, said that anyone in his large team of designers can and are encouraged to participate in these internal rounds.

So it is a mix of different groups. But, for example, I have a very good designer in the M team and if a designer from the M team wants to participate in sketches of concept cars, I would never deny him to do that. I would say: “Put your stuff on the wall. Talk to each other. Learn from each other.” Maybe this thing from an M sketch will make our concept for another idea even more valuable because we added the M experience into it.

The second thing is that I’m a strong believer in rotation. People have an opportunity to work within all aspects of design (BMW, MINI, Motorcycle, Rolls-Royce) and keep rotating among those design departments and spreading out the experience.

While again not confirmed by BMW, we learned through our own sources that some of these clay models that made it to the last round, are kept by BMW in a secret location and they could serve as an inspiration for future models.

6 responses to “BMW Internal Design Competition: How it works”