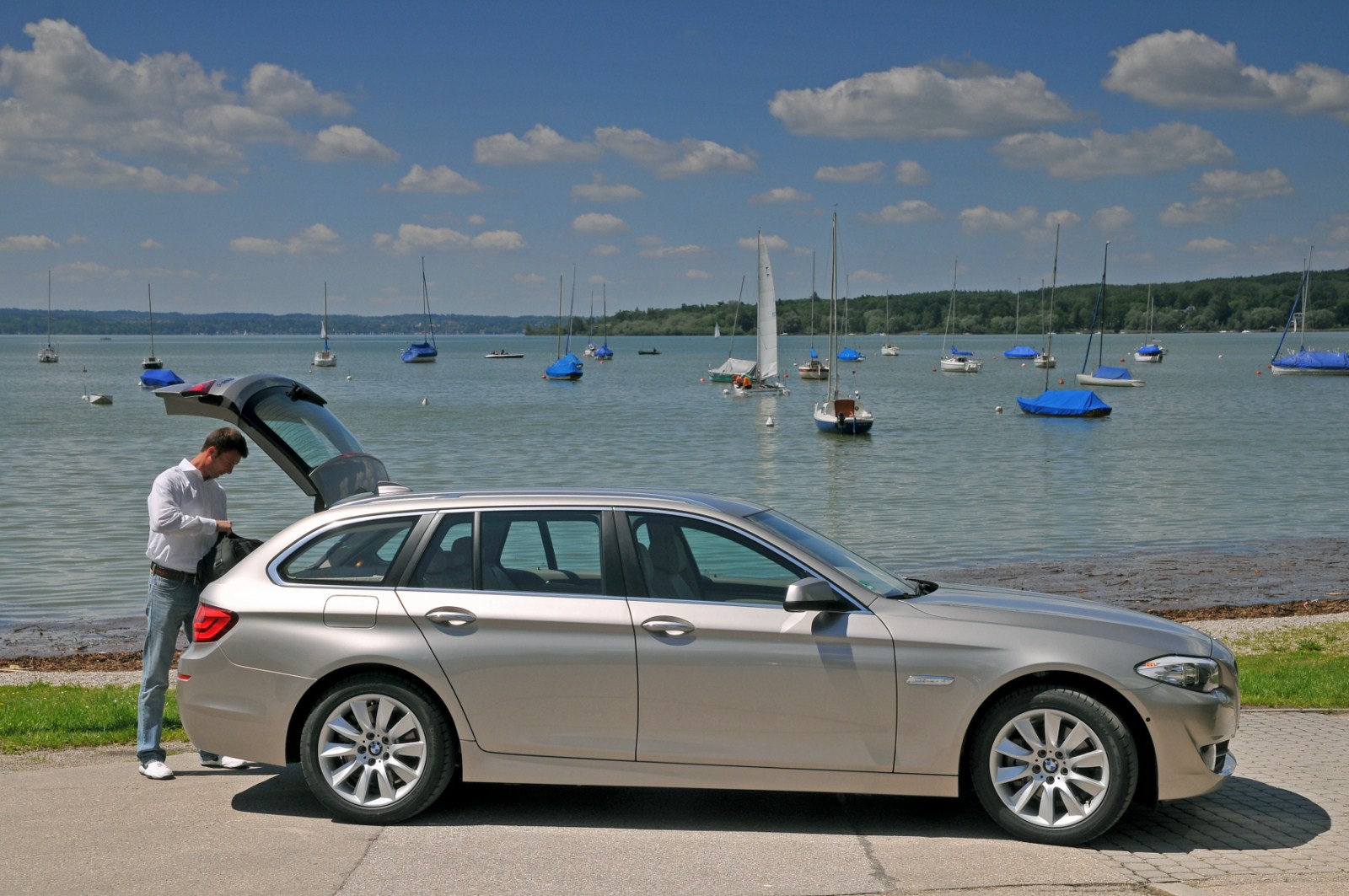 At the Paris Motor Show, BMW is previewing a new innovation part of the BMW ConnectedDrive development philosophy. The new feature plays a key role in loading convenience and the first ones to take advantage of this are the BMW 5 Series Sedan and Touring. Dubbed, “hands-free tailgate opening”, the innovative function is allows customers standing behind the vehicle to open the luggage compartment automatically with a movement of their foot.

The feature becomes convenient when carrying items that require placing them on the ground in order to free up your hands and push the remote button for tailgate opening. The new convenience feature uses two sensor strips placed on different planes in the bumper, somewhat similar to the Parking Distance Control technology. The placement of the sensors makes it possible to identify the customer’s foot movement without any risk of confusing it, for example, with a ball rolling under the car.

Furthermore, to prevent unauthorized access to the car, the opening mechanism can only be activated if the control unit also identifies the car key. 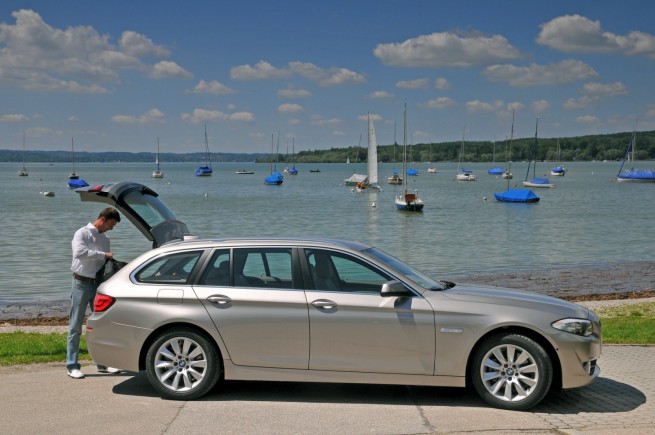 Press and the public will be able to test the new feature at the Paris Motor Show and we will have a video for you illustrating its functionality.