70 years ago, the BMW motor racing department had a single aim in mind: the 1st Gran Premio Brescia delle Mille Miglia. A total of five racing cars from Munich had registered for the big event. Preparations did not run entirely smoothly, and ultimately the BMW team very nearly ran out of time. But when the silver BMW racers crossed the finish line in Brescia on 28th April, they accomplished what few had dared hope for: overall victory, team victory and third, fifth and sixth places.

That April day saw BMW celebrate its greatest racing triumph so far on four wheels. To this day it epitomises the essence of the brand: “Victory in the 1940 Mille Miglia remains a landmark in the history of the BMW brand. It reflects not only the extraordinary technical expertise but also the passion with which BMW approaches its work,” comments Dr Klaus Draeger, member of the BMW Group Board of Management responsible for development, on the significance of the 1940 Mille Miglia. To mark the anniversary of that historic event, BMW Classic has come up with something very special: it has recreated a model that had disappeared from sight for almost 60 years – the BMW 328 Kamm Coupé. 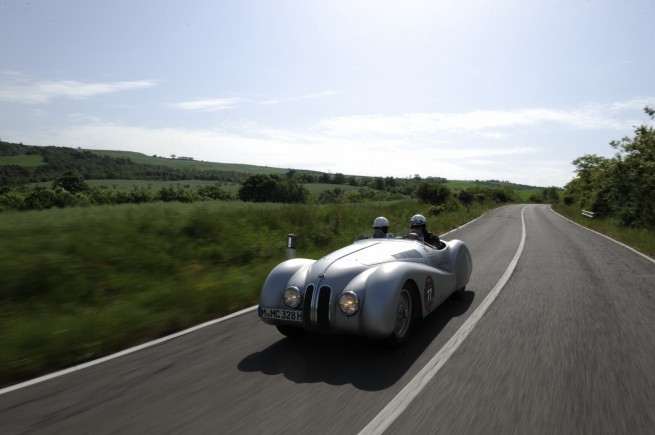 This racing car represents a harmonious synthesis of function and aesthetics while at the same time demonstrating just how far BMW had advanced in the development of aerodynamics and lightweight design. “We are very proud to be lining up for the Mille Miglia again 70 years later with this milestone of motor racing history and vehicle aerodynamics,” says Karl Baumer, Director of BMW Classic, in delighted anticipation of the unique ride from Brescia to Rome and back.