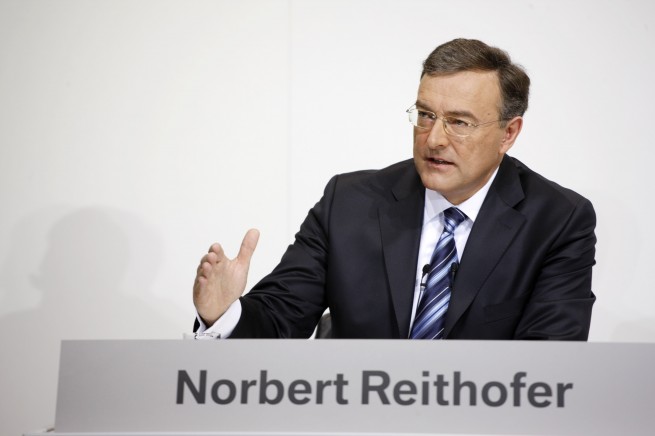 Another day and a new forecasting report from BMW. In a discussion with the Automotive News journalists, BMW’s CEO Norbert Reithofer gave a glance into the brand’s future.

BMW is developing a new family of modular gasoline and diesel engines, including the company’s first three-cylinder unit similar to the diesel unit which debuted in the Vision Concept last year.

The new engines are said to power over 1.5 million vehicles every year, a new landmark for BMW, 200,000 units more than the total global sales for BMW Group.

Once again, the BMW front-wheel drive architecture comes back in play since some of these three and four cylinder engines will power the new, already controversial, vehicles.

The rear-wheel drive models will take advantage of these powerplants as well.

While no deadline has been set for the optimistic goal, Reithofer said that BMW aims to sell 2 million vehicles a year within the Group by 2020.

Since FWD BMWs remains one of the main topics in the BMW world these days, Reithofer states the new architecture will underpin 700,000 to 1 million cars a year starting in 2014 or 2015.

As mentioned before, the MINI brand will first take advantage of this architecture starting with its third iteration due to launch in 2014.

BMW’s Head of Development, Klaus Draeger, said the new architecture will be seen in a range of vehicles that are between 3800mm and 4300mm long.

According to Automotive News, Reithofer said the BMW brand will offer more than one FWD model, but he declined to share any details “because then Mr. Winterkorn knows it as well,” he said referring to Volkswagen AG CEO Martin Winterkorn.

The demand of a FWD BMW is driven by the growing demand for smaller, more fuel-efficient cars, a need also governed by the tougher CO2 emission rules that will roll out in 2012.

Citing some marketing reports, Reithofer said “We expect the premium small-car segment to grow by 4 percent to 6 percent annually until 2020,” an area that can not be ignored by any premium automaker.

The decision to create a new joint architecture is also a sign of the times. Automakers are under increasing pressure to share investments between brands or with partners to save money.

Reithofer said the decision to solely develop a new architecture was the best solution for BMW.

“We will have to ask the question: What can we do on our own to create economies of scale? Once we have built our own modular platforms, we can approach others and ask them to participate,” he said.

Time are changing and this move, while unpopular, could turn out to be a great move by BMW. In the end, several years ago, we went through a similar state when BMW announced their entrance into the SUV market, a move that turned out to be very beneficial for BMW. Porsche has done it as well…..