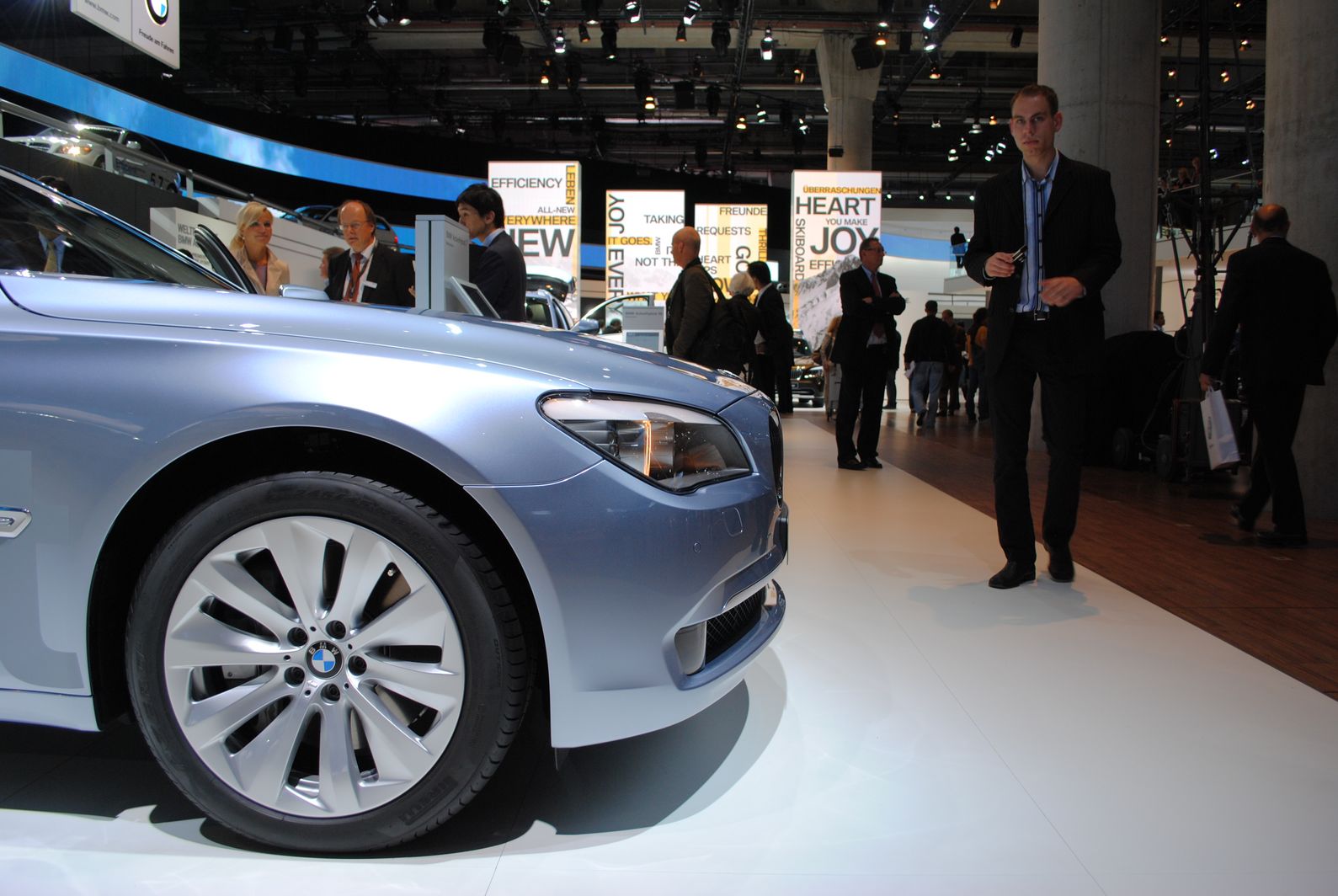 BMW 7 ActiveHybrid made its debut also at the Frankfurt Auto Show. Along with the X6 Hybrid vehicle, the 7 ActiveHybrid plays an important role in BMW’s EfficientDynamics program. Despite the fact that the two hybrids share a common branding name, the ActiveHybrid 7 uses a different electric drive setup from the X6 Hybrid and it’s being considered a mild hybrid. The system was developed in collaboration with Mercedes Benz.

The upgraded V8 twin-turbo with High Precision Direct Injection runs together, at the same time, with a 3-phase synchronous electric motor which is positioned between the engine and the torque converter. The electric motor generates approximately 20 hp and peak torque of 155 lb-ft.

The “pumped up” V8 twin-turbo engine produces 40 horsepower more than the engine found in the 750i/Li models to a total of 400 horsepower. The overall combined output is being advertised at 455 horsepower and 516 lb-ft of torque. The BMW ActiveHybrid 7 accelerates to 60 mph in 4.8 seconds (preliminary), while delivering fuel economy approximately 15% better than the 750i.

The ActiveHybrid 7 uses a lithium-ion battery pack supplying 120 volts.  A nickel-metal hydrid technology (NiMH) battery pack is featured in the BMW ActiveHybrid X6 with a total capacity of 2.4 kWh. Liquid cooling is used for even greater performance on the NiMH battery.

The 7 Series Hybrid has the drive power transmitted via an 8-Speed automatic transmission.

The 7 Series ActiveHybrid will launch in April 2010 with a price tag lower than the flagship 760Li. 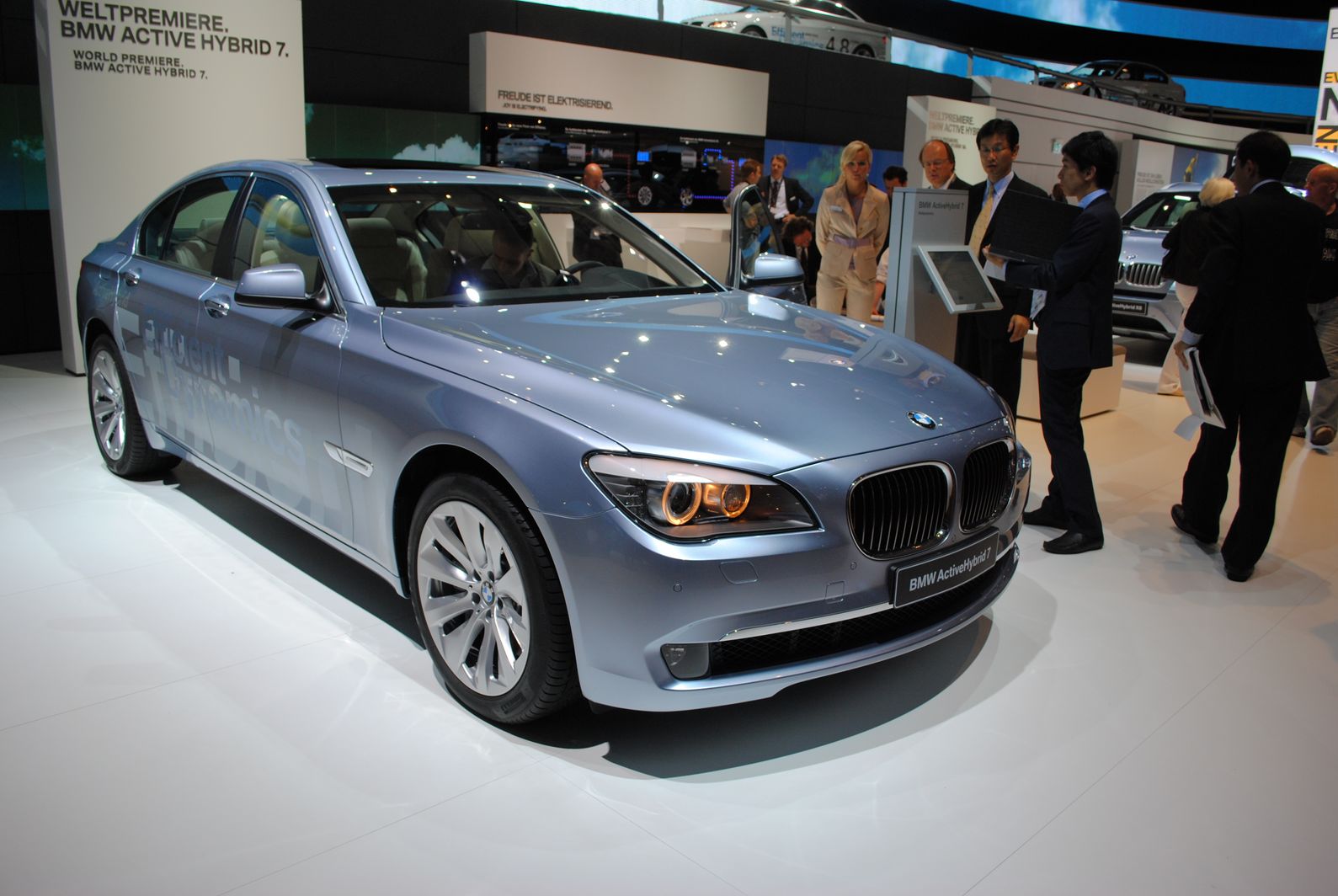 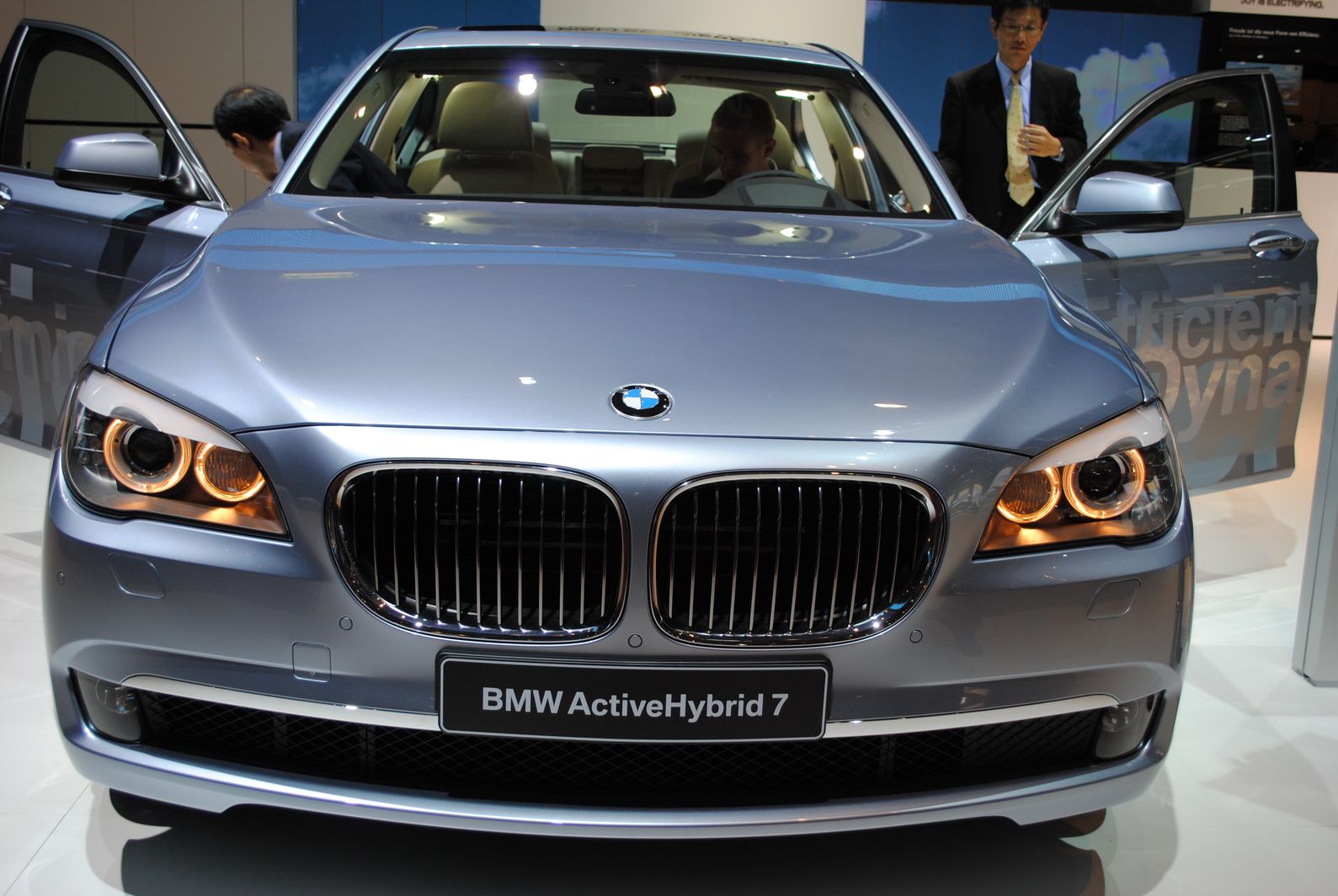 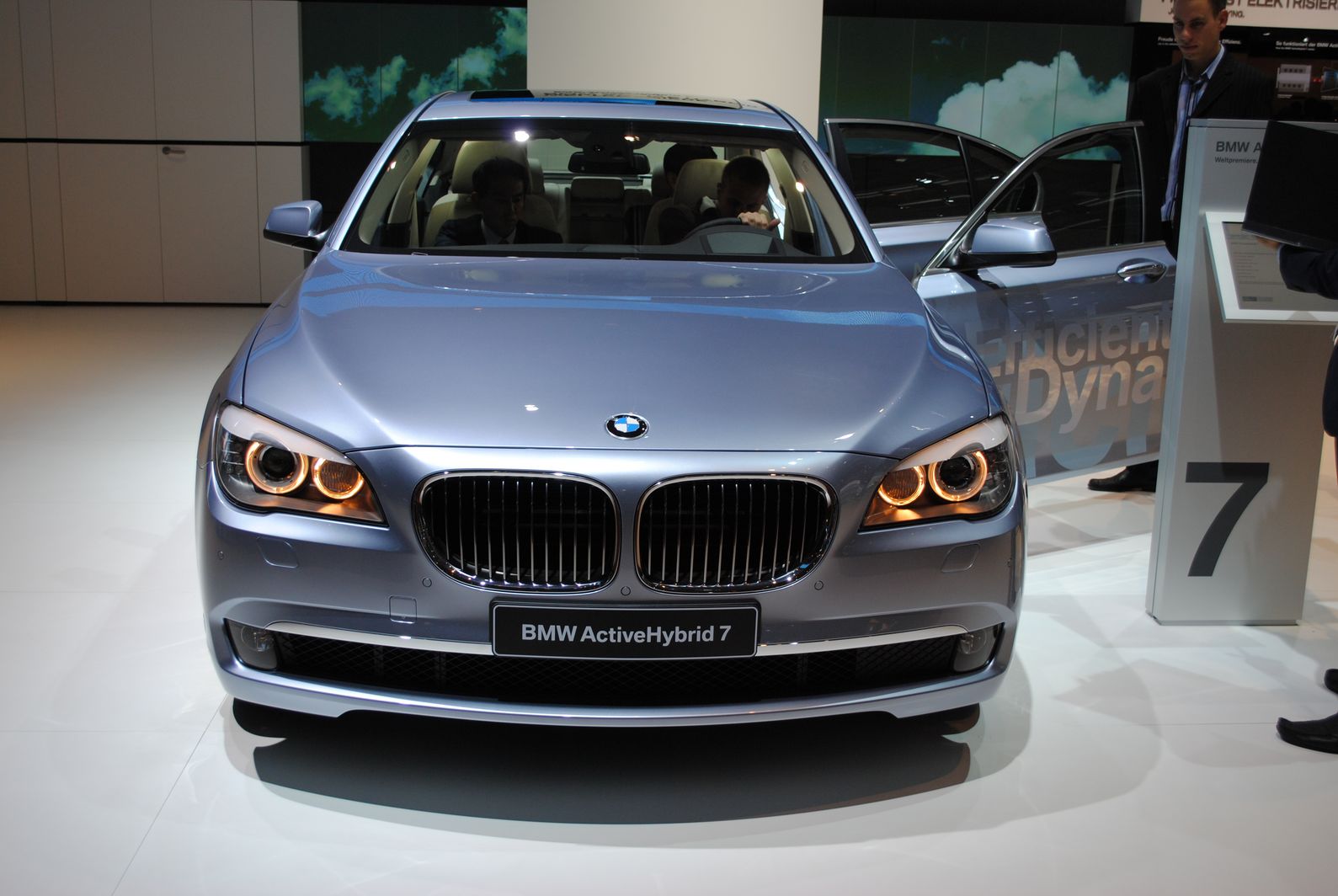 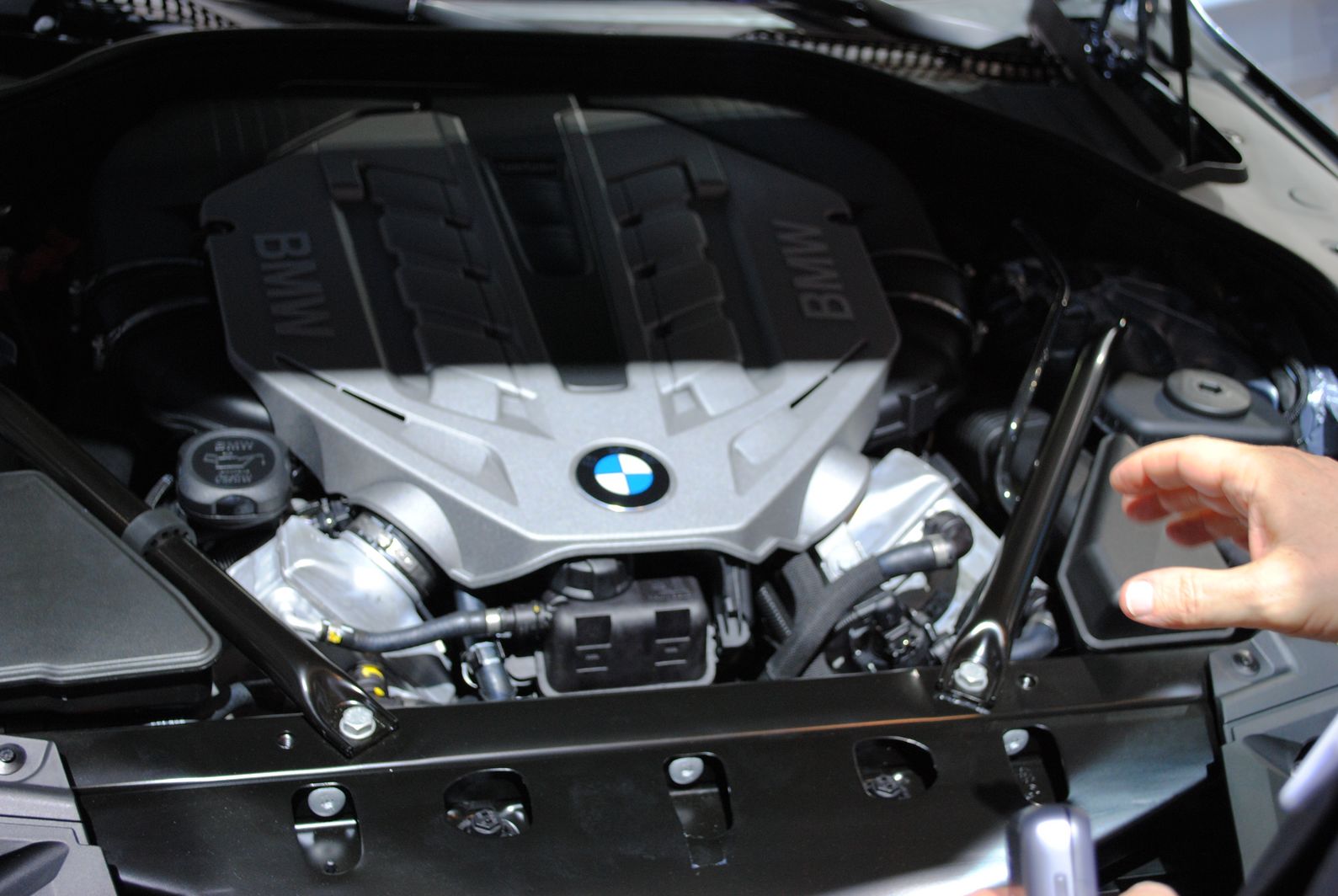 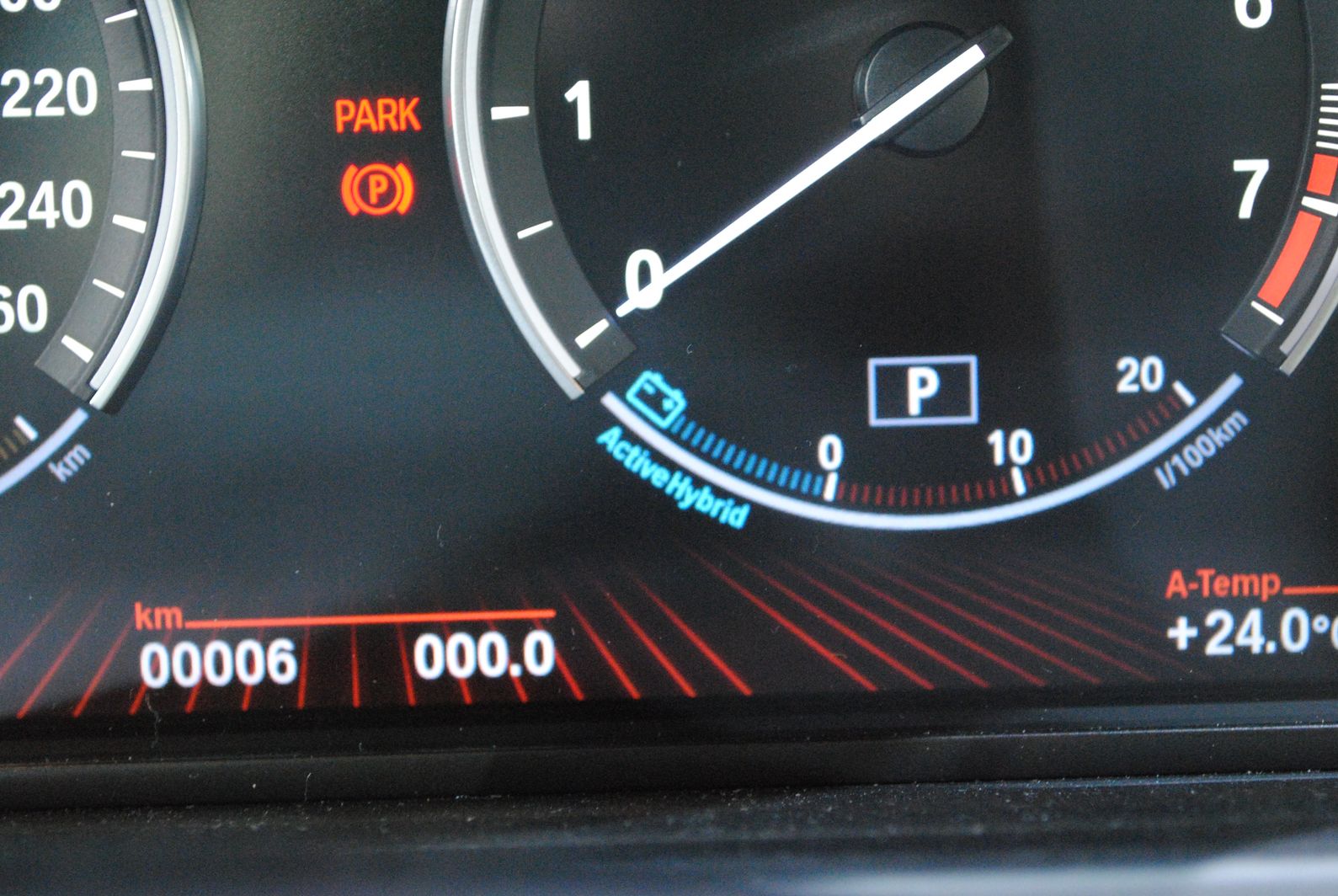 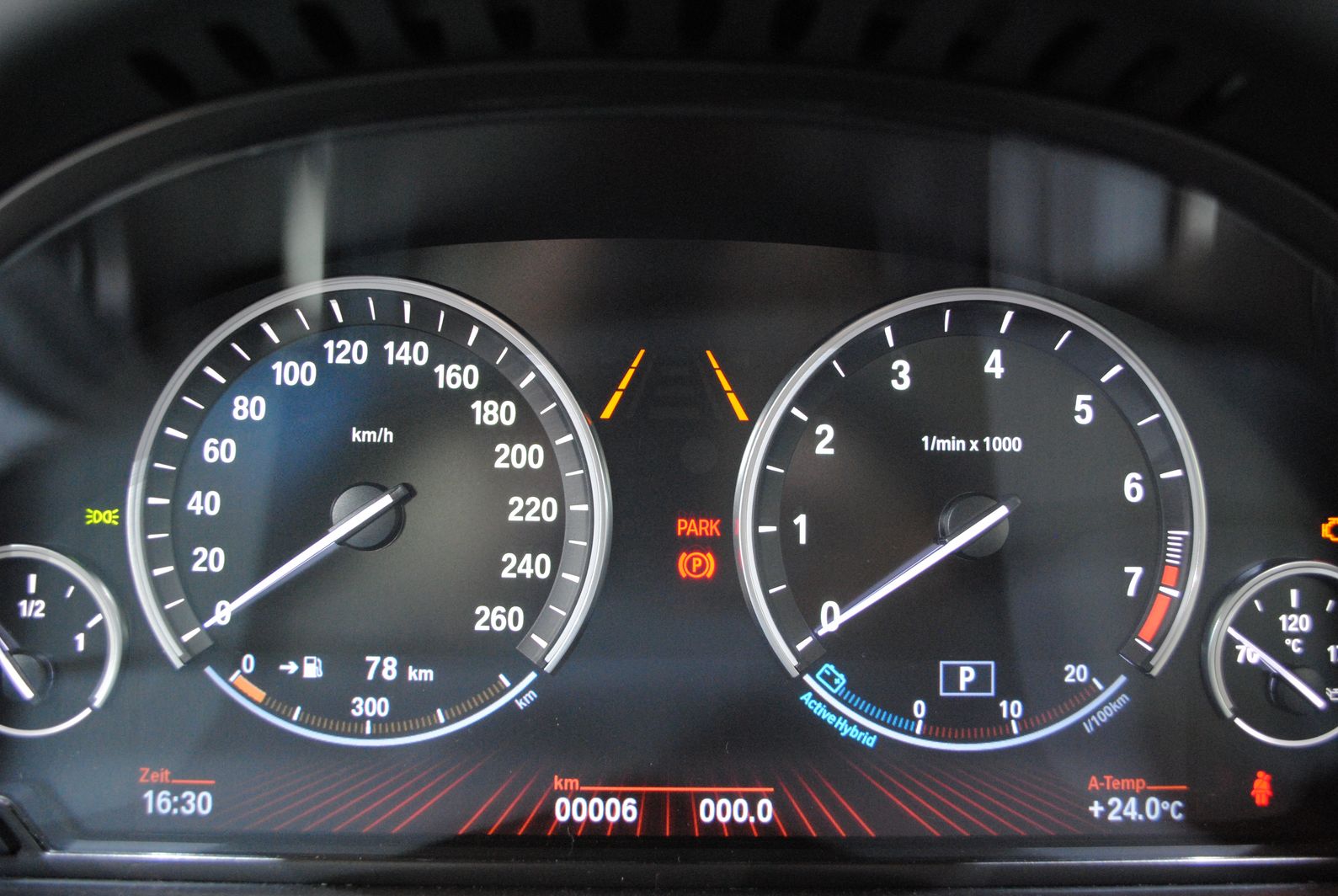 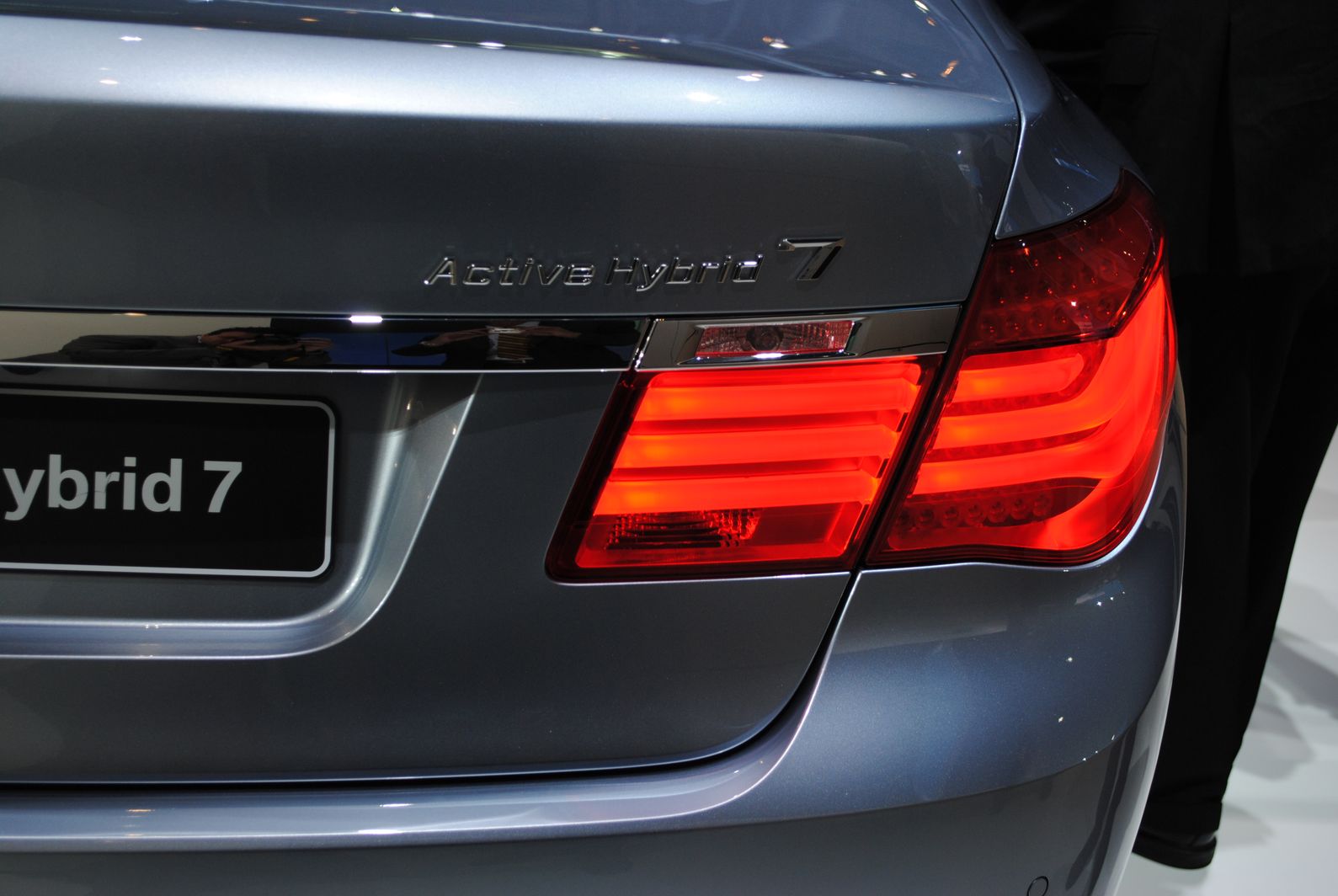 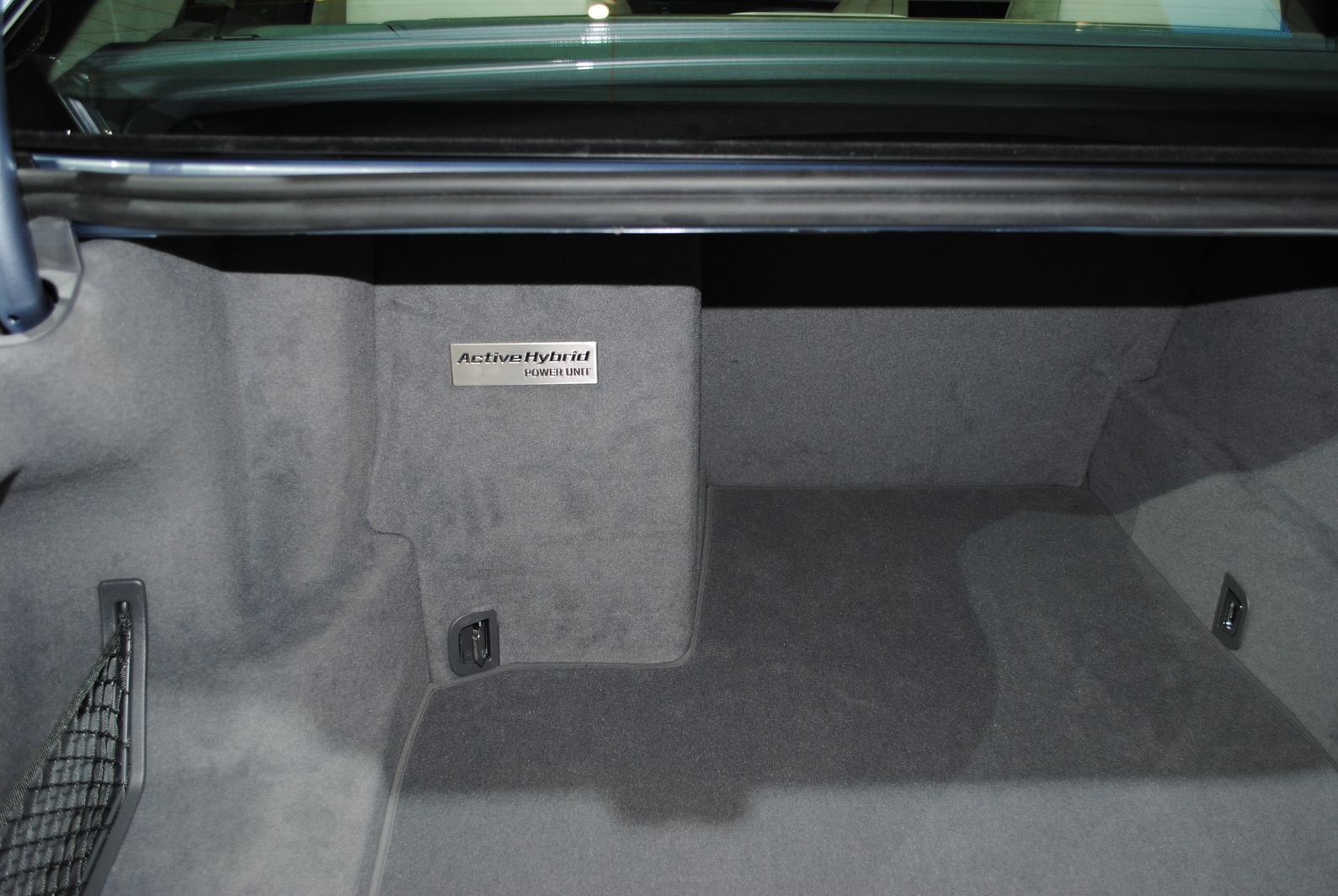 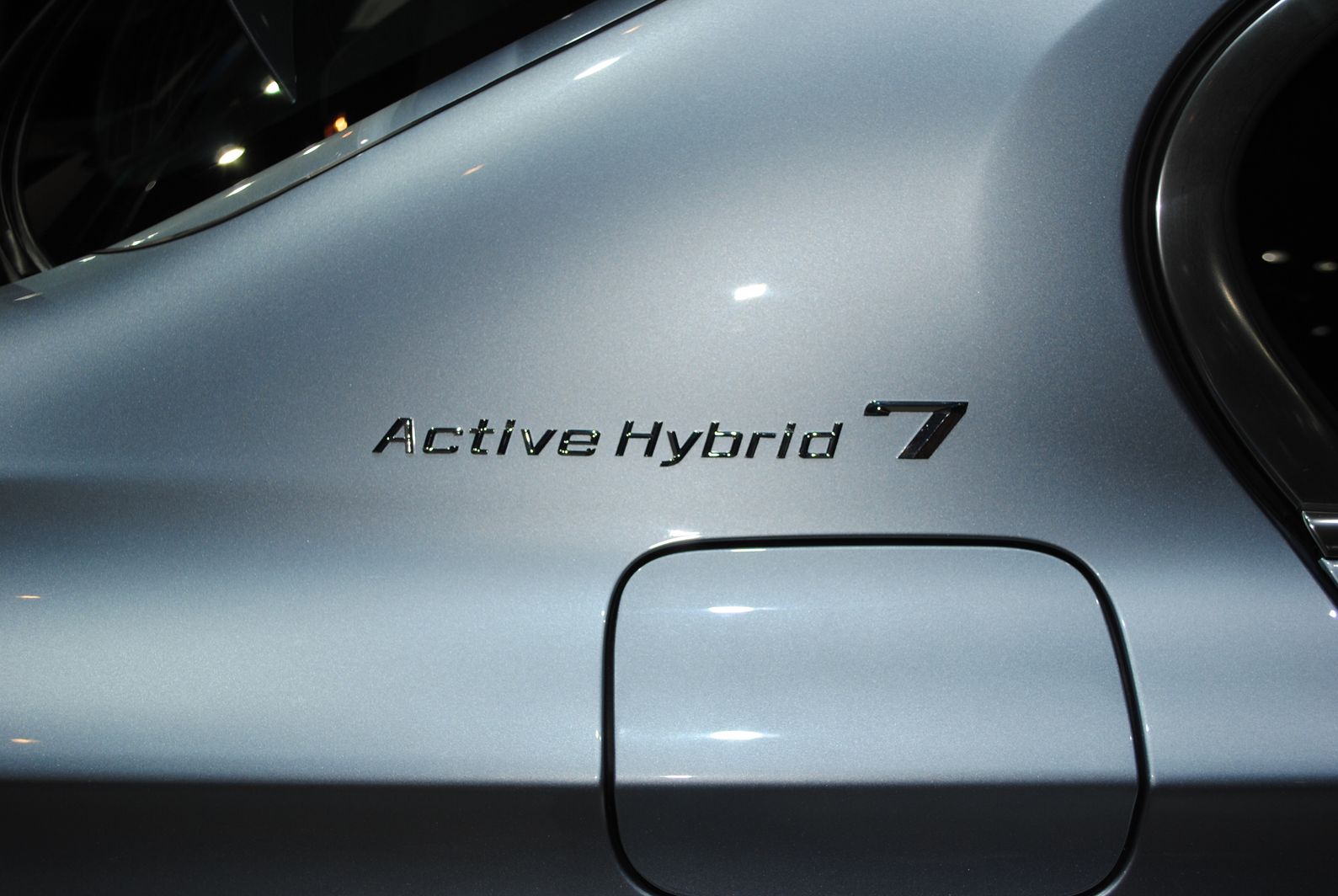 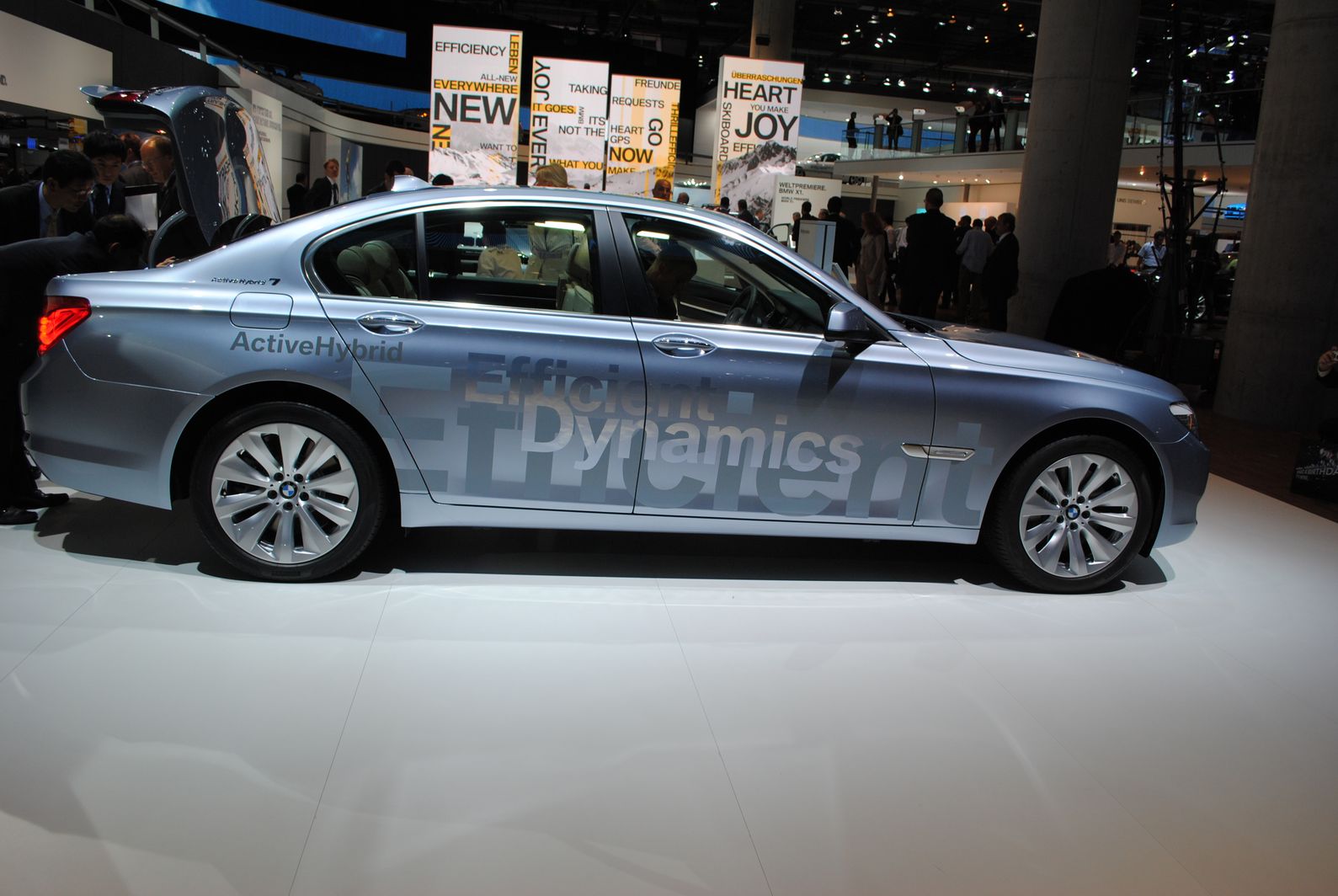