My first day with the BMW Z4 sDrive35i

Home » My first day with the BMW Z4 sDrive35i 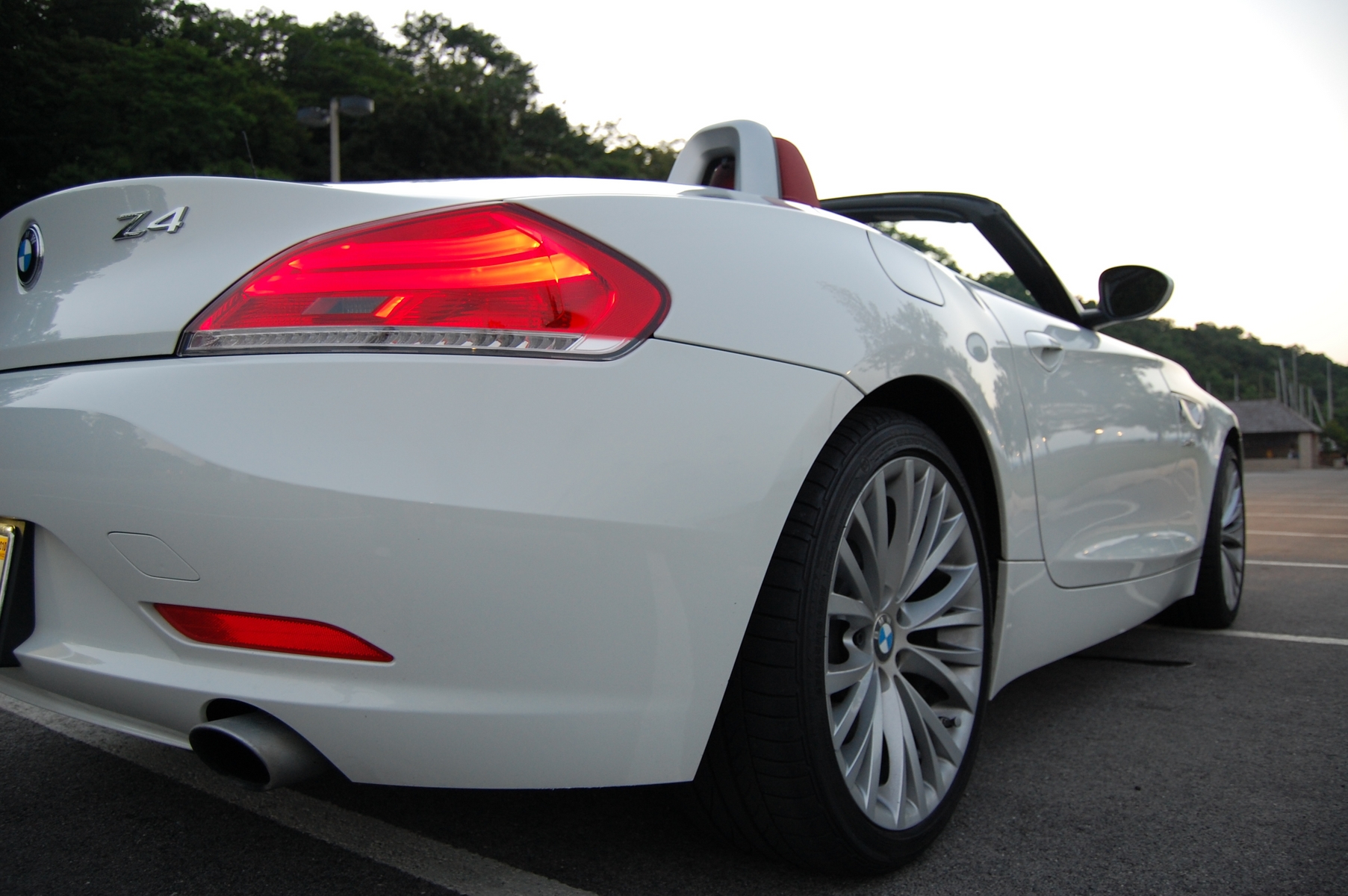 Some of you that follow us on Twitter might already know that yesterday I received our short-term BMW Z4 loaner, more exactly, the powerful sDrive35i model. The new roadster will sit in my garage for a week or so, giving me the opportunity to drive it around and eventually, write that long review as I have done in the past.

But this time, I decided to do something different and more interesting, so rather than waiting a full week before publishing my Z4 review, I will give you daily reports on my experience behind the BMW Z4.

The Z4 I’m driving this week is the high-end sDrive35i model powered by the multiple award-winning 3.0 liter twin-turbo engine which outputs 300 horsepower and 300 lb-ft of torque at only 1,400 rpm. Unusual but highly appreciated, the Z4 came with a manual transmission and that has made my experience even more interesting. The Z4 35i also came equipped with Premium and Sport Package, along with Coral Red leather interior which matches perfectly the stunning Alpina White paint. 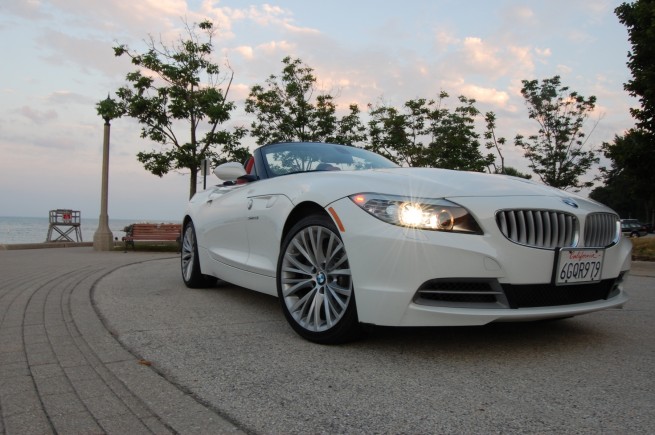 Oh…some of you that might not know, the Z4 sDrive35i weights 3,450 and you will see later on why this was important to mention.

So yesterday, it was a great day in Chicago, a tad hot some might say – 90F(32 Celsius) – but in my opinion, perfect day to take out a roadster and enjoy the summer. With the top down, I decided to cruise down the Lake Michigan shore to find a good spot for the photoshoot session. I do know by now how much you enjoy our BMW photos, so I had to keep the tradition going.

From the moment I received the car, I started asking myself: “What could be the best scenery to really capture the Z4 spirit?” The beach, ocean….okay, we don’t have any ocean here in the Midwest, but we do have the beautiful Lake Michigan. Later that night, I decided to take the Z4 in the Chicago Downtown area and this time, capture the roadster against the beautiful architecture of a large city.

I won’t post all the photos today, but the final Z4 photo gallery is the best we have made so far.

Now back to the car since that’s what we care the most, right? Well, let me start by saying that a roadster has never been on my Top 3 list of BMWs I would buy, mostly because of the long winters we have here and the lack of a hardtop. But boy, have things changed now? While the winter is still long in the Midwest, the new redesigned and re-engineered 2009 BMW Z4 comes with the much needed hardtop. Sure, some of you that live in sunny and all-year round warm areas might have loved the soft top and less weight added to your roadster, but truth is that many people are seeing the hardtops on a convertible/roadster as a plus when it comes to final purchasing decision.

Even though I spent just a day with the car now, this roadster might actually move up to that top 3 I’ve mentioned earlier, but we’ll give it some time and see how it handles itself as a daily commuter, among other roles it might play when it comes to owning just one car.

I won’t get into all the design details now, the full review will drill down to every detail, but the new Z4’s design lines are a step forward compared to the previous generation. From the more aggressive front-end and sportier back, to the dynamic body creases and flame surfacing, the Z4 has brought itself back into the Roadster game where “players” like Mercedes SLK, Porsche Boxter or Audi TT were disputing the crown of the best roadster.

The interior design is one of the best I have seen in a BMW so far, of course, less luxurious and pretentious as the new 7 or 5 GT, but without a doubt the best in any sporty BMW out there. Once again, it is worth mentioning that Nadya Arnaout, Z4 interior design, has done it again – she has also designed the interior of the CS Concept. More on this later as well, but believe me, the Z4 interior photos will show you exactly what I mean.

Performance…..my favorite area. I wouldn’t say that I’m an aggressive nor a racing driver, but boy….do I enjoy to push my bimmers to the limit? Coming from the 335i, I expected the twin-turbo Z4 to be as fast or even faster than my 3er sedan and I wasn’t wrong. Sitting lower than my 335i and having a more aerodynamic  bodystyle, the Z4 impressed with its performance and handling. Add to this the manual transmission and the Sport+ mode I was driving in and you can at least imagine what the experience was.

So, let’s stop here since I don’t want to give it all away and I will be back with more updates these upcoming days where I will share with you my experience behind the wheel of the new 2009 BMW Z4. 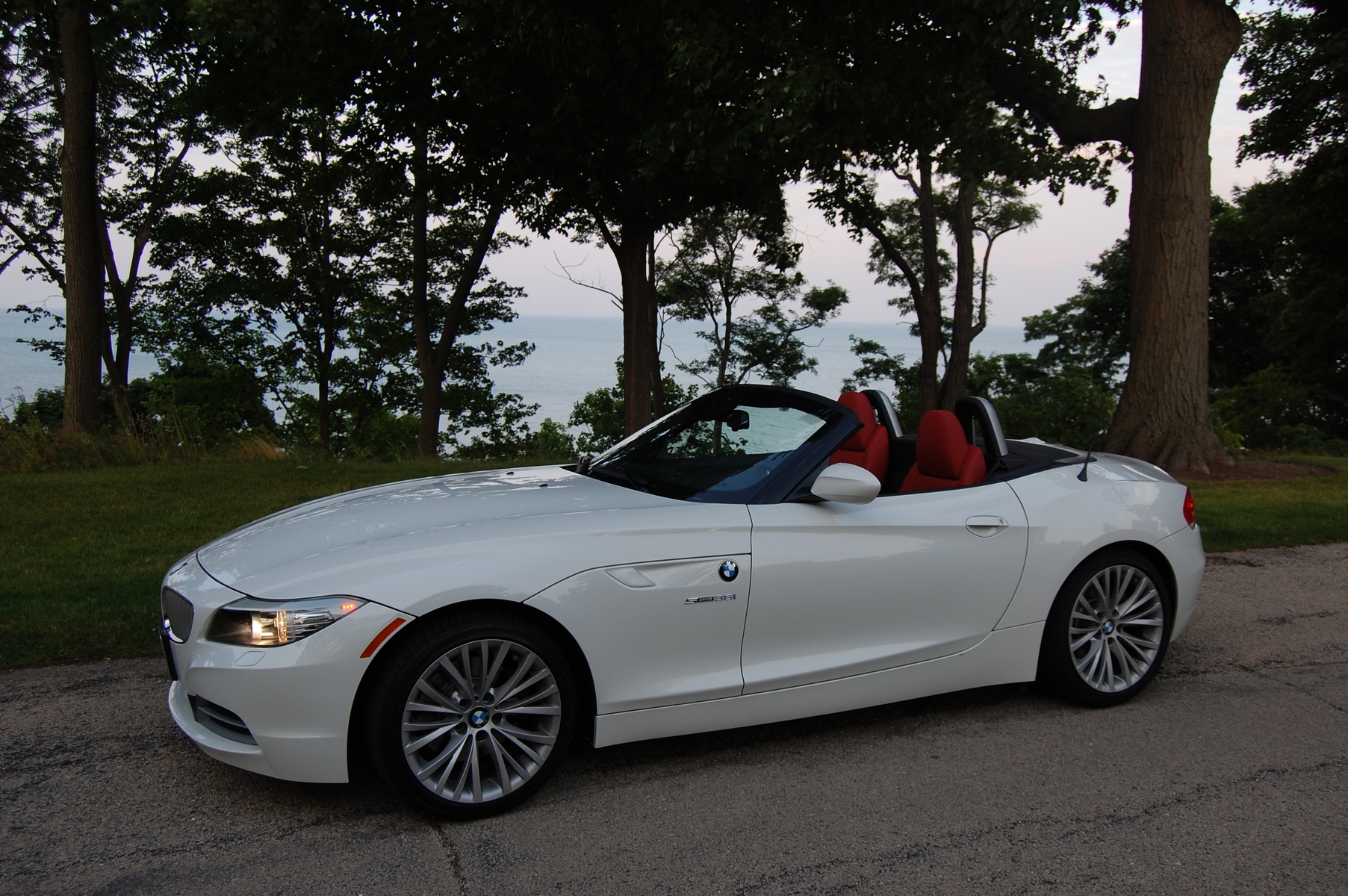 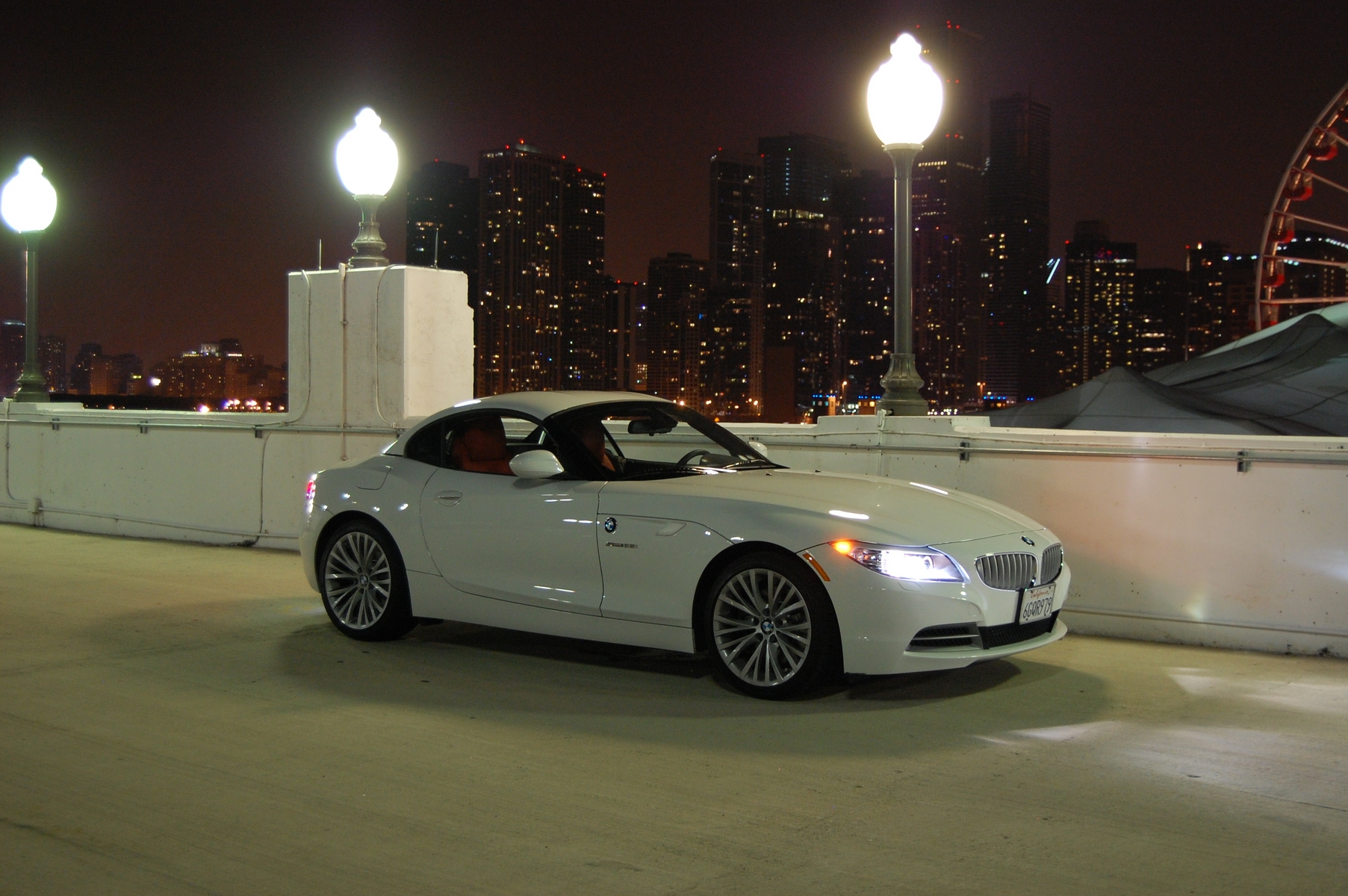 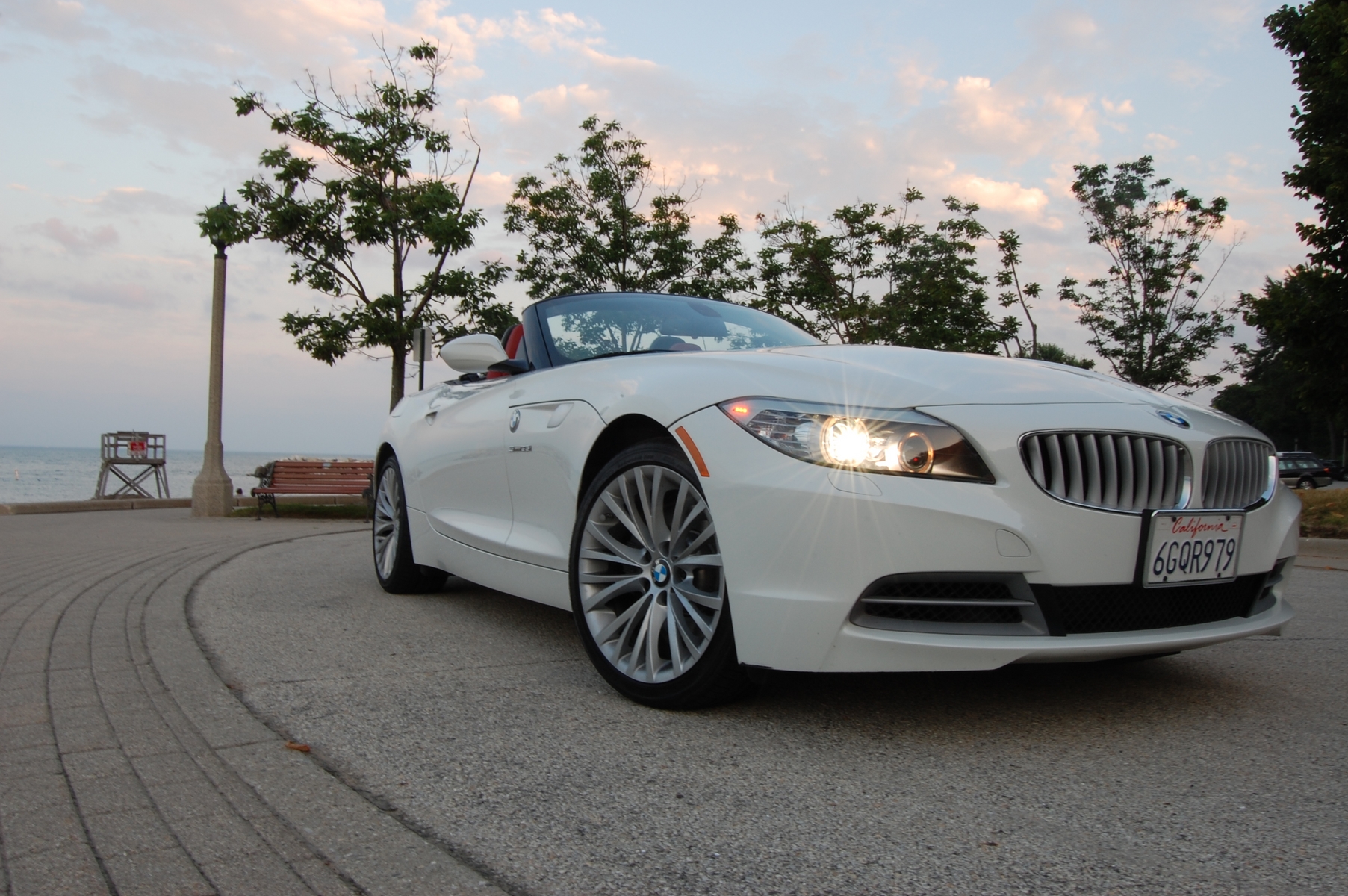 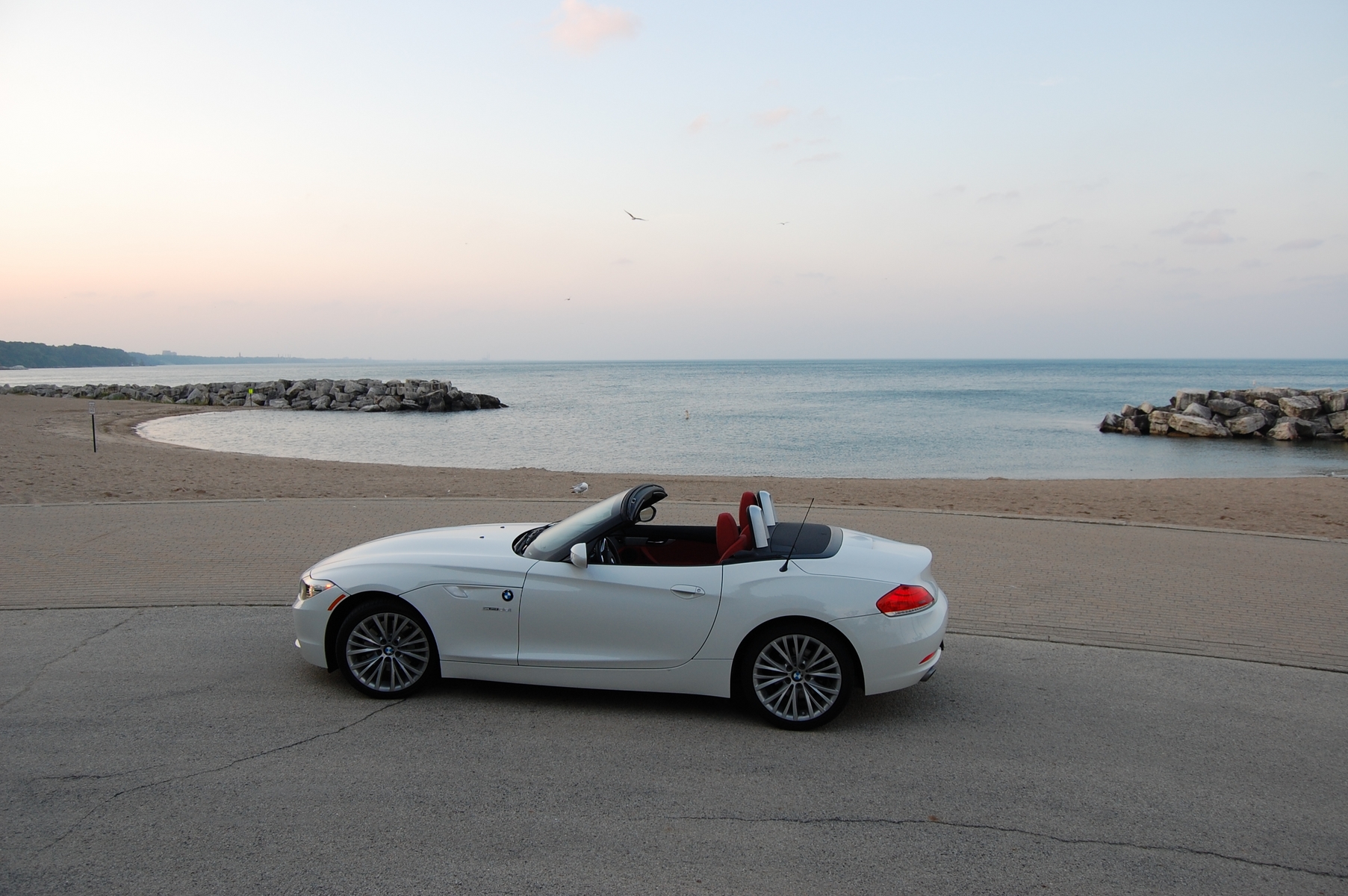 8 responses to “My first day with the BMW Z4 sDrive35i”