One of the many special versions the BMW 3 Series F30 received over the years, the M Performance Edition was essentially the closest thing to a full-fat M3. It started off as a 340i before receiving an assortment of upgrades from the vast M Performance catalog. Professional detailer Chromatic Garage drives one in the harsh Canadian winter on roads heavily covered in salt, and as you can see, just two months of use have taken their toll on the car’s appearance.

He decided to do a wheels-off detailing to restore the sports sedan’s shine and show off the M Performance upgrades that came with this special edition for the Canadian market. Only 150 cars were ever made and his comes finished in Alpine White (50 units), while the other hues offered by BMW were Black Sapphire (50) and two Individual paints: Fashion Grey (25) and Pure Blue (25). Regardless of body finish, all had black side skirts with M Performance branding and a carbon fiber trunk lid spoiler.

The 340i got the pampering it deserved and the end result is an attractive car riding on Apex wheels replacing the 20-inch original set. It’s satisfying to watch the pro detailer remove all the salt and gunk from the car during what must have been a time-consuming process. From the glossy black kidney grille and body-colored front splitter to the carbon fiber exhaust tips and the rear diffuser, all these upgrades the M Performance Edition came with look great once again. 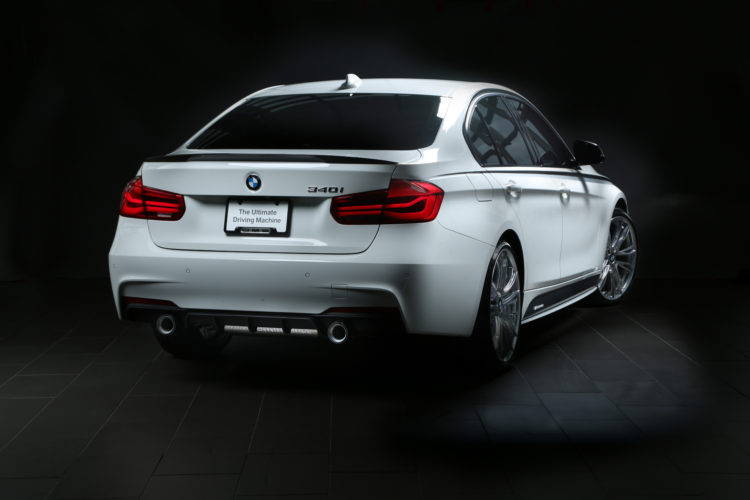 It’s worth noting the limited-run Canadian model was more than just visual upgrades as it also came along with a long list of standard equipment. In addition, it got the M Performance Power Kit bumping output by 35 horsepower and 39 pound-feet (53 Newton-meters) of torque to 355 hp and 369 lb-ft (500 Nm).

The all-wheel-drive sedan was offered with the eight-speed automatic transmission, and while the interior isn’t featured here, we do know it had black Merino leather upholstery with contrasting stitching and piping as well as high-gloss carbon fiber accents.