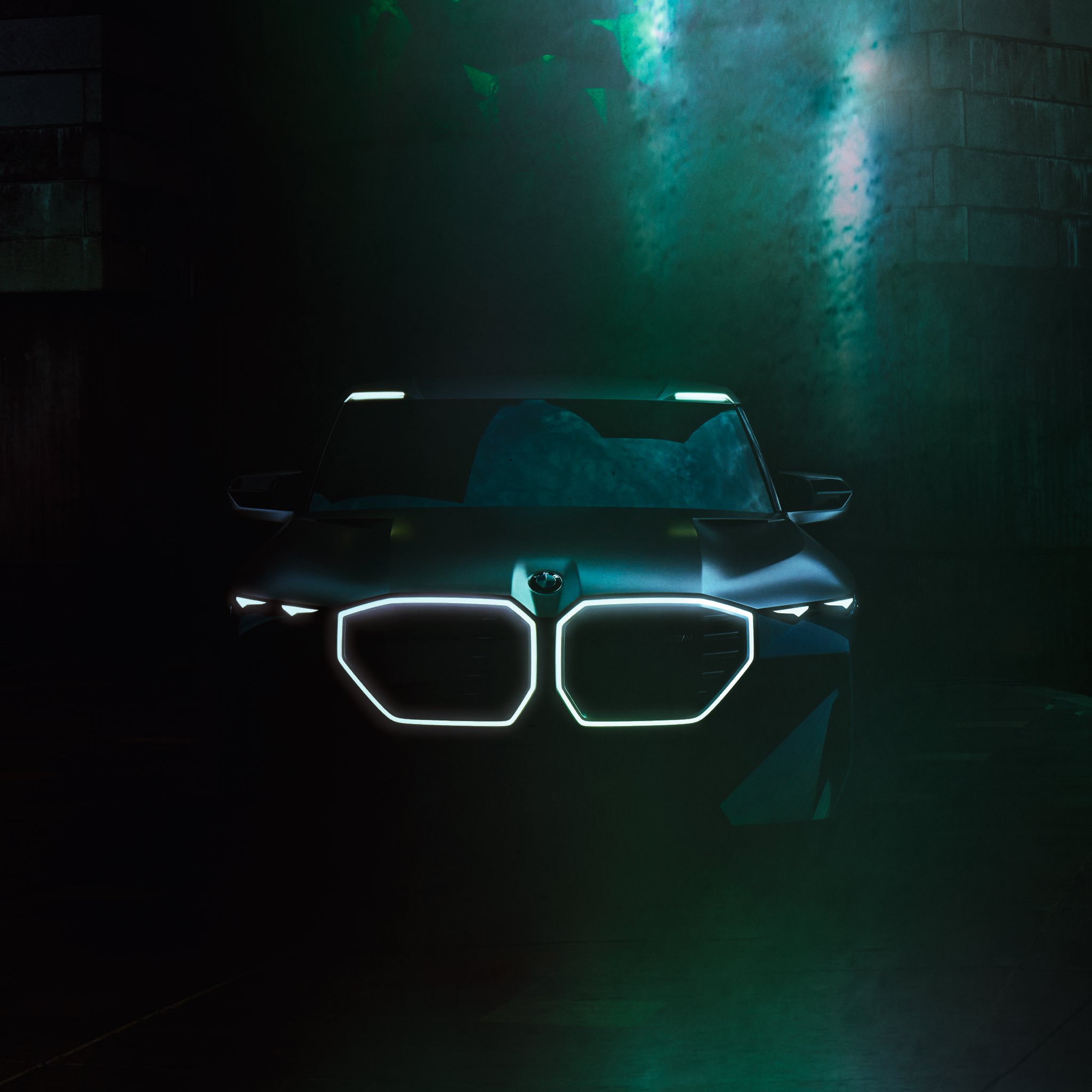 The “all-new high-powered, hybrid-electric” flagship M car BMW announced at the beginning of the month finally has a name. While others have stated it would be called X8, sources close to the matter have told us many moons ago that it would go by the XM moniker. Today, the Bavarian marque is confirming its range-topping M car will indeed adopt a Citroën-esque name.

Aside from having a name, it also has a mean front fascia design. The freshly released teaser image provides us with an early look at the sporty luxobarge ahead of its November 29 world premiere. Needless to say, the massive kidney grille with its illuminated contour stands out, flanked by sleek LED headlights shaped like triangles. The roof also hosts a couple of extra light-emitting diodes, but don’t expect to see them on the production model.

Squint your eyes and you can see the M badge, while the indentations in the hood give the sensation of vents, but we’ll have to wait and see whether they’re functional or just for show. The fairly large side mirrors indicate the Concept XM will be close to the production model arriving in 2023, much like was the case with the Concept Z4 and the Concept i4 that preceded the road-going models.

From what we’re able to see in the shadowy teaser image, we’re getting the impression the high-performance SUV due to be built in Spartanburg will have an angular design representing a significant departure from current X models. The sharply styled front bumper likely houses some chunky air intakes to cool down what is widely believed to be a V8.

The combustion engine won’t be all alone as it’s set to be an integral part of a plug-in hybrid powertrain rumored to push out a combined output of over 700 horsepower in the top-spec XM model. Six-cylinder versions are rumored to be planned as well with one of them set to offer roughly 650 hp. A limited-slip differential is also on the agenda, as are wheels as large as a 23-inch set.

Being the crown jewel of the lineup, BMW and its M division will pull out all the stops to show why electrification can also mean serious performance rather than just a way to boost efficiency to meet increasingly stringent emissions regulations.