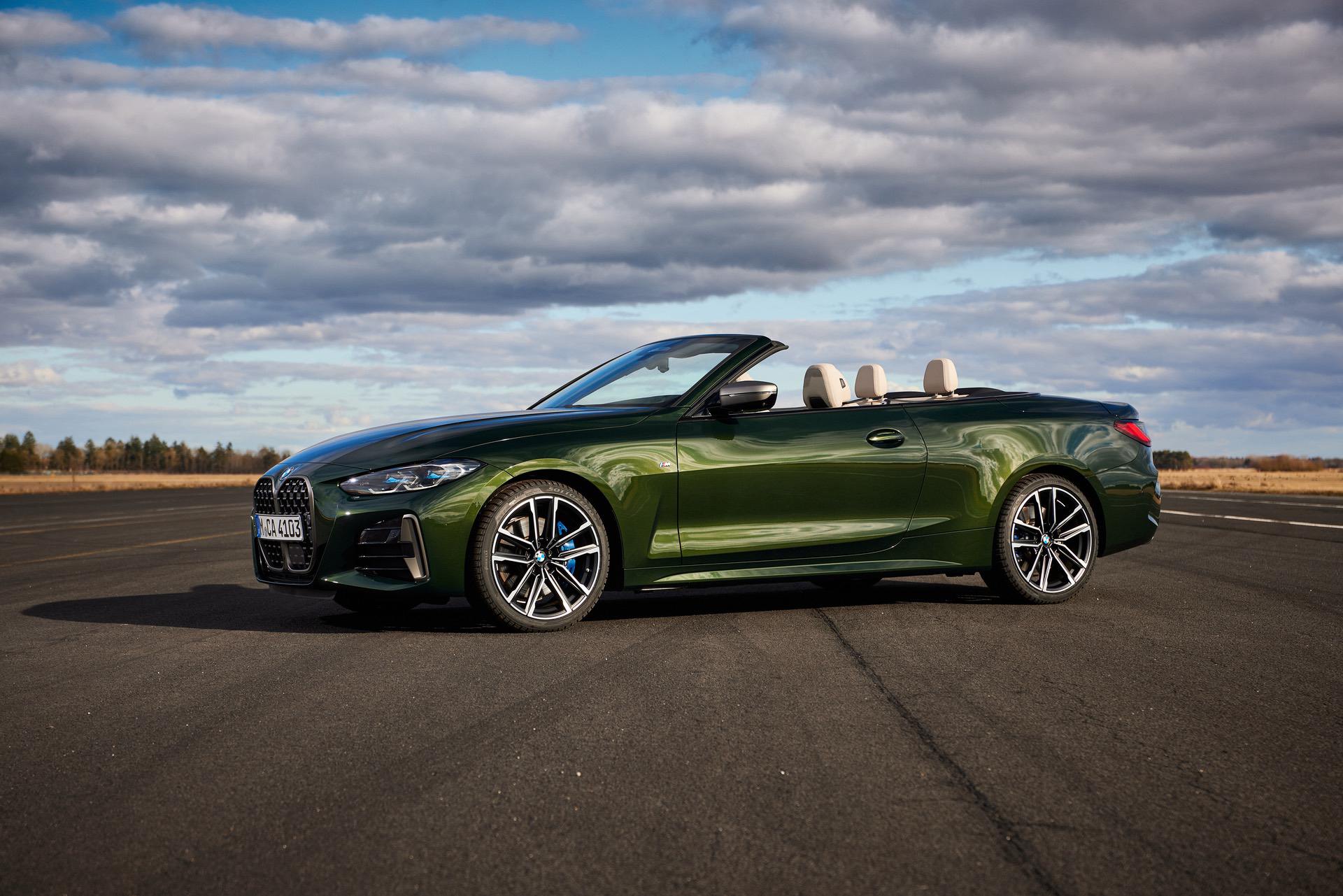 UK-based Auto Express has recently tested the new 4 Series Convertible generation in the M440i guise and concluded the open-top Bavarian offers a highly compelling technology and driving dynamics package. Although its looks may still be polarizing for many, the new M440i xDrive Convertible is in fact a great car, with an impressive technological package. The G23 generation lost its heavy hardtop in favor of a more elegant and lightweight soft top, which also helps save important kilos and make more room in the boot when the roof is down. 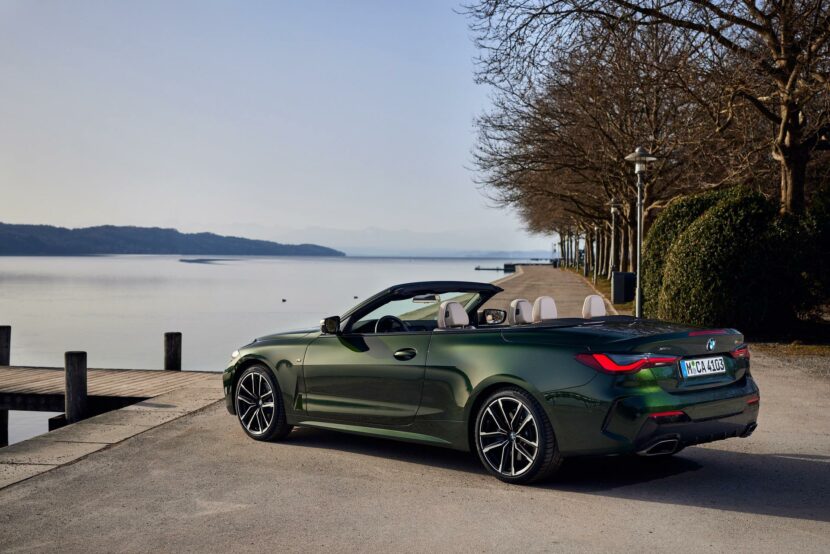 As the journalists discovered, the cloth top is a successful replacement as it basically is suitable for use all year round, moreso regardless of the UK whimsy weather. The gain in terms of cargo space is an additional 80 to 300 liters with the top folded compared to the F33 4 Series. With the roof up, the 4 Series Convertible boasts 385 liters (15 liters more vs. the outgoing generation).

The Auto Express reviewers also praised its exceptional interior build quality, flawless infotainment system and overall typical sporty driving position. They also noted the G23 is overall a car for two people, as the rear seats may feel too cramped and uncomfortable to carry additional passengers. 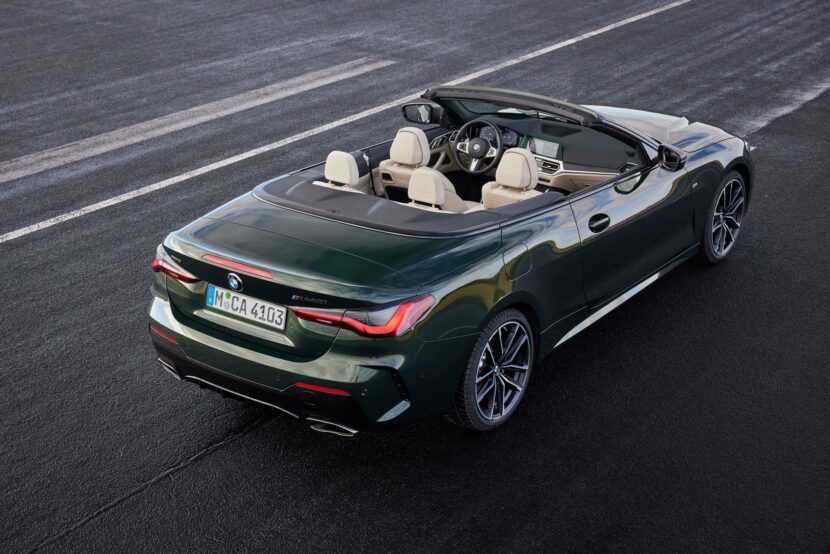 Another shortcoming of the convertible version is the extra weight of 150 kilograms over the M440i xDrive Coupe, due to structural rigidity measures. While not a tragedy, it slightly affects the handling and agility of the car compared to its fixed roof sibling, especially when cornering. Nonetheless, the M440i xDrive Convertible is still fast enough to sprint to 100 km/h in 4.9 seconds (0.4 seconds slower than the Coupe variant).

The editors also pointed that, despite the shortcoming related to additional weight, the 4 Series Convertible, in general, remains the top pick on the market when it comes to driving dynamics and traction. Another strong point the G23 M440i is its fantastic engine, as Auto Express entitles it. The straight-six powerplant is good 369 bhp and 500 Nm and mated to the 8-speed Steptronic Sport gearbox, offering a great response at all times. 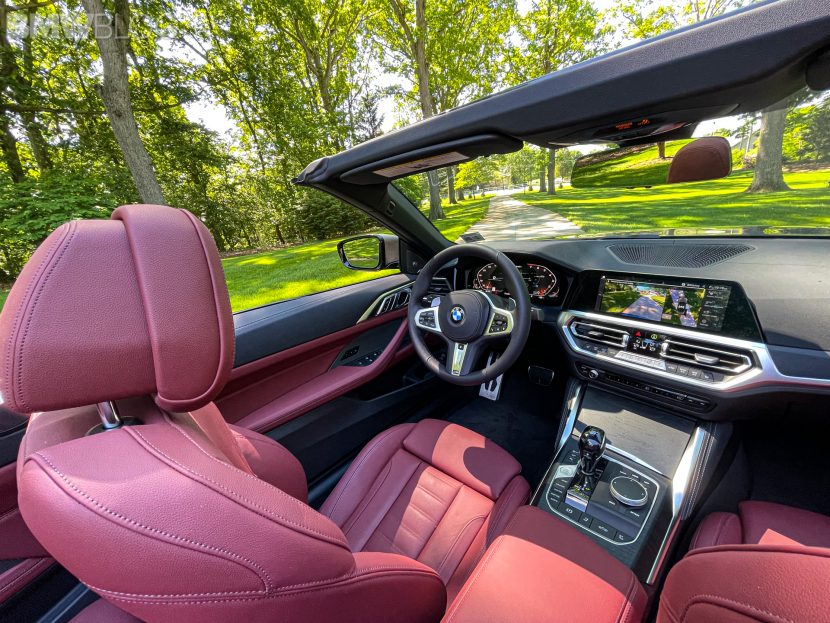 In the end, the publication praised the qualities of the new M440i xDrive Convertible as being the best GT cruiser to have a relaxing and fun ride with both the roof up or down, when you can install the wind deflector for more comfort. As well, it is also £2,000 cheaper to buy at £59,670 than the less-engaging Mercedes-AMG C 43 Cabriolet.

So, there you have it: if you want to travel in style and set apart from the crowd, the BMW M440i xDrive Convertible might be the best choice.