This is the BMW i3S (Sport), fully electric and painted in Imperial Blue. The replacement car is the first i3 BEV in the country painted in Galvanic Gold. In this review, we go over the driving range, battery capacity, charging speed, driving the car in the winter and during long road trips, and much more.

But before we jump in, allow us to refresh your memory of the i3’s specs. Whereas the original i3 came with a 60Ah battery, the i3 models post 2019 now have a battery capacity of 120Ah. Thus seriously upgrading its range, while keeping intact the size of the battery pack. Albeit, as the figures show, the new package is now heavier, as the i3 tips the scale at 2,965 lbs (1,345 kg), some 143 lbs (65 kg) more than the original version. That also means the sprint of the car is affected, the i3 claiming a 0-62 mph sprint time of 7.3 seconds, 0.1 seconds slower than the original. 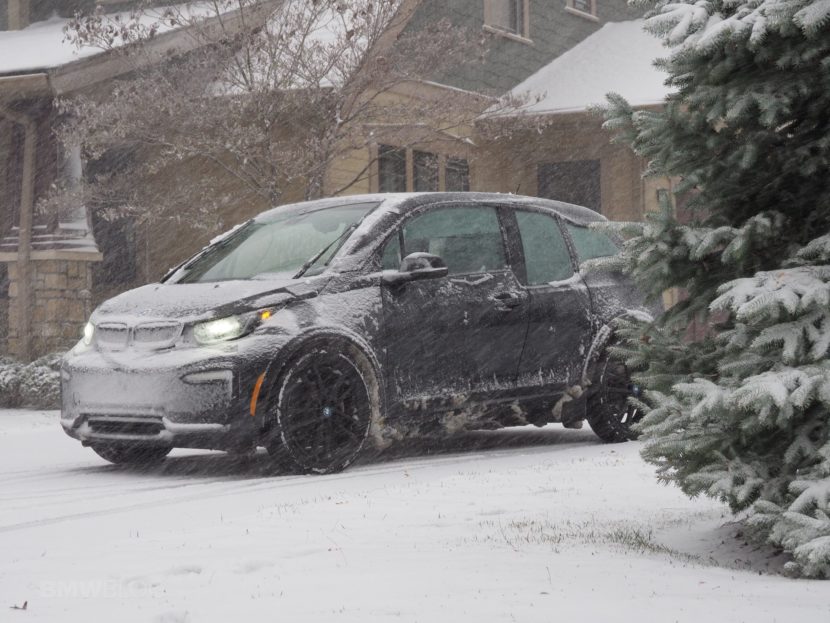 The high-voltage battery is produced at the BMW plant in Dingolfing and consists of eight modules, each with twelve storage cells: the latest advancements have resulted in a capacity of 120Ah along with a gross energy content of 42.2 kWh – while the size remains unchanged. To get a better idea of far this tech has gone, at the market launch of the BMW i3 in 2013, the equivalent figures were 60 Ah and 22.6 kWh, while the second-generation battery introduced in 2016 reached 94 Ah and 33 kWh.

You won’t get to use all of the 42 kWh though, as the battery can’t be fully depleted, thanks to some protective software. However, you do get to use about 38 kWh of it, which should allow you to travel up to 260 km (roughly 160 miles), according to BMW.

November 2020, the i3 and i3s models got a slight refresh with the help of bicolor paint jobs for boosting up the exterior looks of the electric models. Inspired by the new iX3 full-electric SAV, the compact-sized, zero-emission hatchbacks are now available with a selection of three eye-catching color combos as follows:

Other than these minor revisions, the i3 and i3s march on virtually unchanged for the 2021 model year, after 7 years of production and an LCI procedure in 2017.

The review below focuses on the 2018 BMW i3 Sport model. Also don’t forget to subscribe and like the video.