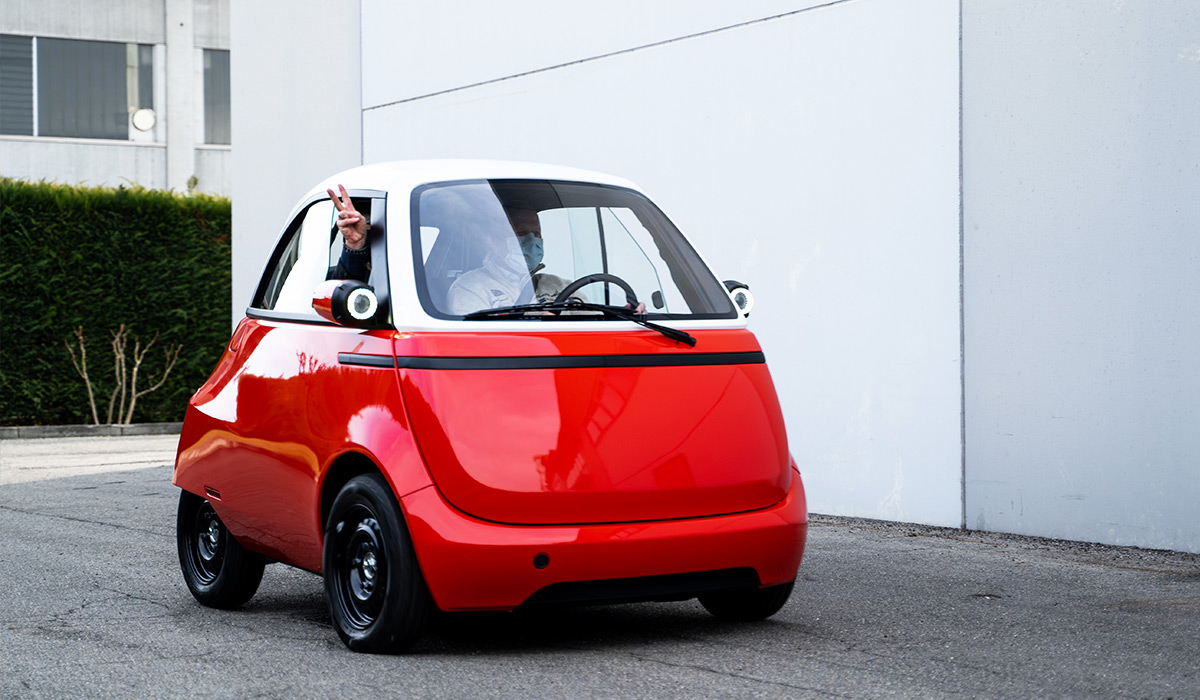 The BMW Isetta holds a special place in the hearts of many enthusiasts and rightfully so. It was with the Isetta — which was a model built under license initially — that the Bavarian brand managed to get through a tough financial situation and survive. While to some it may seem like a really odd machine and that’s about it, to others, its design is very attractive, especially in high-density urban areas.

That’s what the people from Microlino thought and they created a small EV that should be perfect for urbanites, looking for a compact car (or better yet micro-car). This is the second version of the car and according to the Swiss start-up, it’s a lot safer than the original they unveiled back in 2016. Back then, after the company showed its car to the world, it was stuck with several thousand orders for it, orders that are yet to be fulfilled.

However, last week, the version 2.0 was unveiled and it’s as cute as you thought it would be. Unfortunately, the full spec sheet is still a mystery but don’t expect big numbers. In many European countries it won’t even be registered as a car, due to its compact size and specs. It will have models like the Renault Twizy or Citroen Ami mirror as its sole rivals. Being developed solely for busy urban centers, the range of the car is going to vary between 78 and 125 miles on a single charge, which should be enough.

The power will come from a single electric motor spinning the rear wheels alone, as it was the case on the original Isetta but we have a hunch it’s going to be a lot more reliable overall. What most impressive about it though is that it also keeps the single, front-mounted door concept intact and that’s definitely going to be interesting to see at work in busy cities. Microlino plans to test things out throughout 2021 and we should see the cars reach their first customers before 2022 rolls by. Pricing will start at about €12,000 in Europe.

One response to “BMW Isetta-inspired EV, Microlino, nears production as it starts testing”