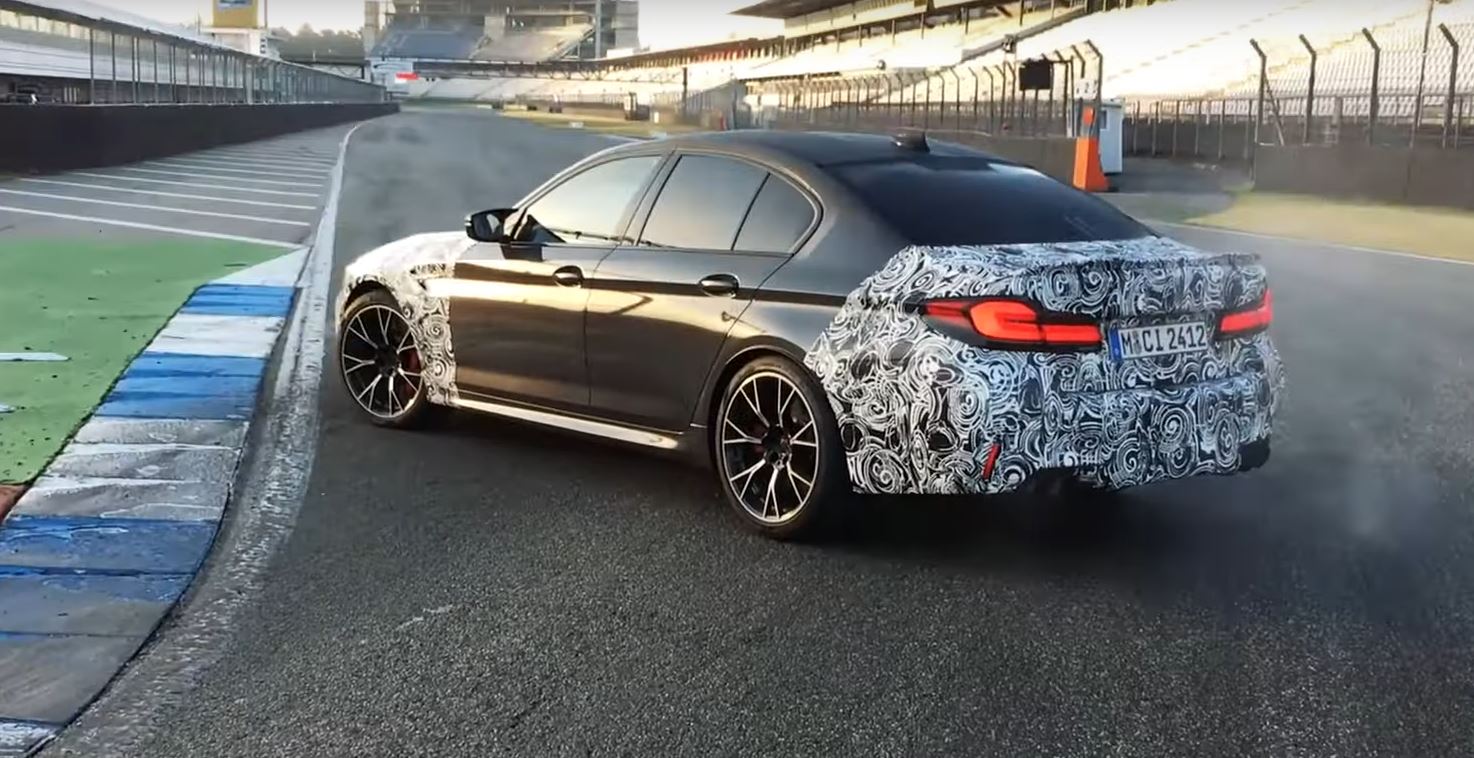 The BMW M5 CS is still in its prototype phase, with the engineers in Garsching still working on the fine tuning. However, the M Division let some members of the media take the sharpest M5 for a spin on the Lausitzring and the results are genuinely surprising.

We all know the standard M5 is fast enough to deform your eyeballs under full-throttle acceleration. However, it’s still a big, heavy sedan with enough luxury that only the snobbiest of snobs would find its cabin subpar. So you’d never expect such a car to lap any track faster than a purpose-built, track-ready sports car. Except that’s just what happened, as the BMW M5 CS prototype lapped the Lausitzring faster than a 991-generation Porsche 911 GT3.

The lap time was done by AutoBild’s Guido Naumann, who record a very impressive 1:31.88 in the BMW M5 CS. Compare that to the previous-generation Porsche 911 GT3’s 1:32.00 and the M5 CS is only faster by a fraction of a second. In fact, it’s so close that the driver, weather conditions and tire choice/condition could all wildly change the outcome of the comparison. So we’re not saying that the BMW M5 CS is certainly a faster car than the 911 GT3 but the fact that a two-ton, leather-lined sedan can actually hang with such a car is a massive achievement from the M Division.

Adding to the cars the BMW M5 CS can hang with, according to Sport Auto’s extensive back catalog of track times, are the Audi R8 V10 Performance and Jaguar Project 8. Having driven the R8 V10 Performance, I can personally attest to the fact the M5 CS being able to roll with it is genuinely remarkable.

What’s nice about the BMW M5 CS is the fact that it achieves its incredible performance the right way, with weight reduction and chassis sharpening, not just with big power. Of course, it makes huge power but not vastly more than the standard M5 Competition’s 617 horsepower. We don’t have official figures just yet but something around 626 horsepower is rumored. So the M5 CS achieves its superiority the proper way and that makes us very happy.