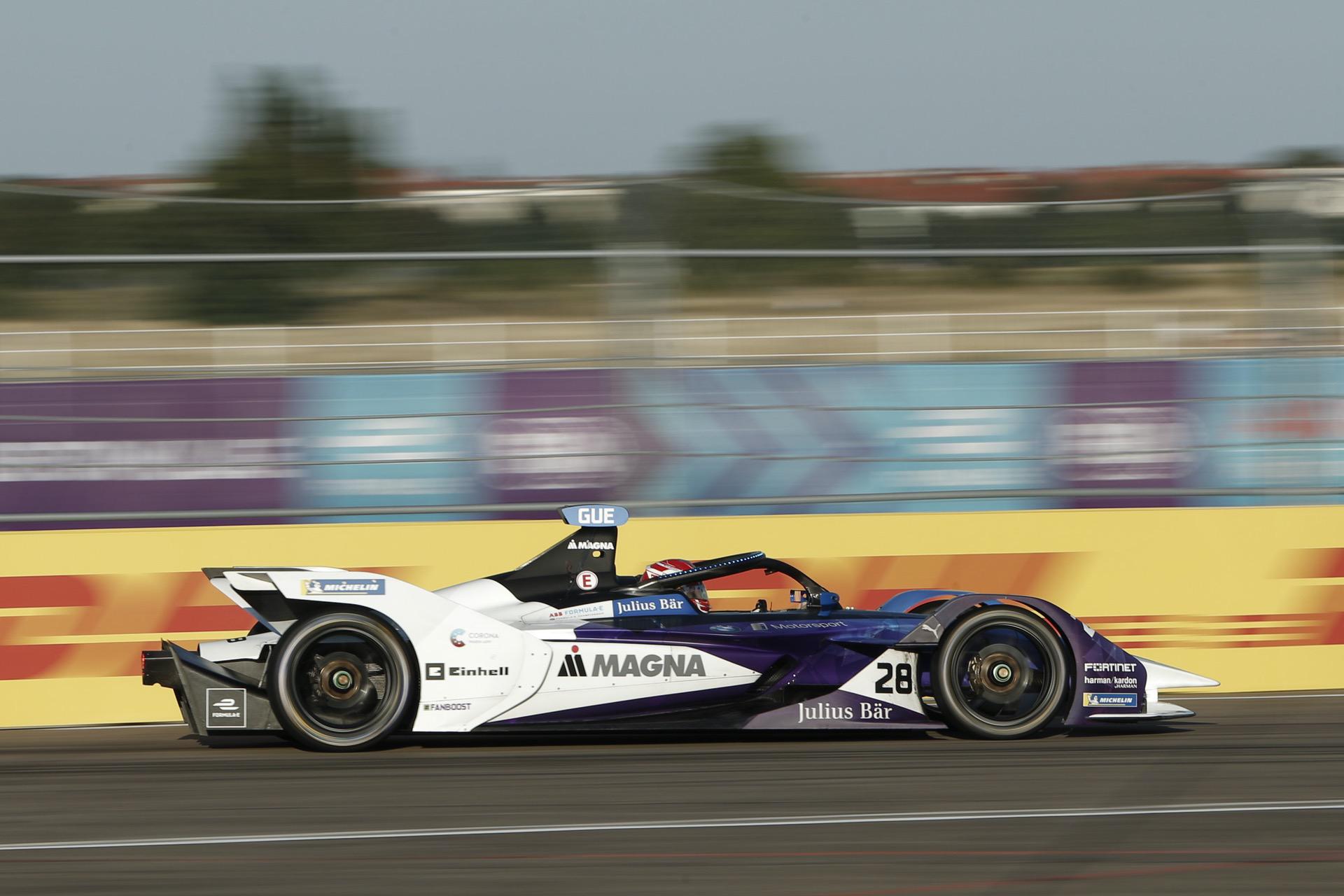 The second race day of the Berlin finale to this season’s ABB FIA Formula E Championship was a disappointing one for BMW i Andretti Motorsport. Maximilian Günther (GER) and Alexander Sims (GBR) both suffered problems that resulted in them failing to pick up points in race seven of the season.

The battery had to be replaced in Sims’ BMW iFE.20, which meant he had to start from the pit lane and received an additional drive-through penalty. Günther was running eighth when he damaged the front wing and a tyre in a battle with another car. By the time he emerged from the consequent pit stop, he found himself at the back of the field. Günther did initially continue, but subsequently retired. Sims came home in 19th place.

Antonio Felix da Costa (Techeetah) remained unchallenged by Sebastien Buemi (DAMS) to increase his championship lead to 68 points. Races three and four at Berlin-Tempelhof are scheduled for the weekend.

“Starting from the pit lane, and with a penalty, that was obviously a pretty lonely race. Our only chance would have been if a safety car had made an appearance but that didn’t happen. Generally speaking, we have to understand why we have good pace in practice, but are unable to maintain that in qualifying.”

“The race started very well. I climbed three places and was then able to save some energy. I felt good in the car. Unfortunately, there was then an incident with Sam Bird. I hit the wall whilst battling with him and damaged the car. That is obviously disappointing, but these things unfortunately happen sometimes.”