BMW Films Showed the World What a Car Commercial Could Be

This entire campaign was started by Fallon Minneapolis and David Lubars back in 2001. They both knew that the landscape for automotive advertising was changing and they wanted to shake things up. “Even back then the potential BMW customer was watching less TV and spending more and more time online. It was simply a case of let’s go where they are.” said Lubars.

To help kick-start BMW Films, Minneapolis brought in famous director David Fincher (Se7en, Zodiac) to spearhead the project. However, Fincher felt it would be better to bring different directors, and different styles, to create and episodic campaign, featuring the same character but different BMWs. The series of short films would come to be known as “The Hire” and featured actor Clive Owen (Children of Men, Inside Man) as an unnamed getaway driver and protagonist.

While there were several films made in the series, the most famous one was called “Star“. Some of the other short films were great but Star was the best of them and the most iconic. It was directed by Guy Ritchie (Snatch) and featured both Owen and Madonna, who was actually married to Ritchie at the time. Star was essentially about a bratty star musician who was awful to her employees. So one of them hired Owen’s unnamed driver to take her for a bit of a spin in an E39 BMW M5 and scare the snobbery out of her.

It’s an awesome video and one that’s still great to watch to this day. It’s also one of the most iconic car films of all time, featuring some real A-list movie-making power as well as some kick-ass driving and a great car.

While Lubars didn’t really know of its potential at the time, it did make an impact when looking back. “I’m not sure what shadow it’s cast,” he said during a 2019 interview. “It was certainly completely new and it took hold strongly in the culture.” It did take a strong hold over car culture, as BMW’s sales went up 17-percent in 2002, just one year after BMW Films began.

Just a couple of years ago, BMW launched another addition to The Hire, called “The Escape“, with Clive Owen reprising his awesome character. This time, it also featured Dakota Fanning (War of the Worlds, Man of Fire) and had was directed by Neill Blomkamp (District 9). 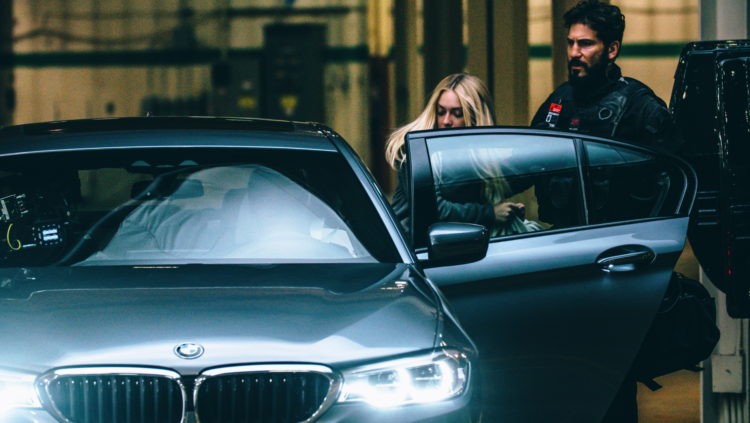 More than anything, though, BMW Films showed the world that car commercials could be different. Rather than just being typical car ads designed to get customers in dealerships, they could be entertaining and get people excited about the brand in general. As BMW enthusiasts, we love BMW Films and we hope that the Bavarians see value in continuing to make them in the future.