BMW Z4 M40i vs Toyota Supra — How Powerful are They Really?

Home » BMW Z4 M40i vs Toyota Supra — How Powerful are They Really? 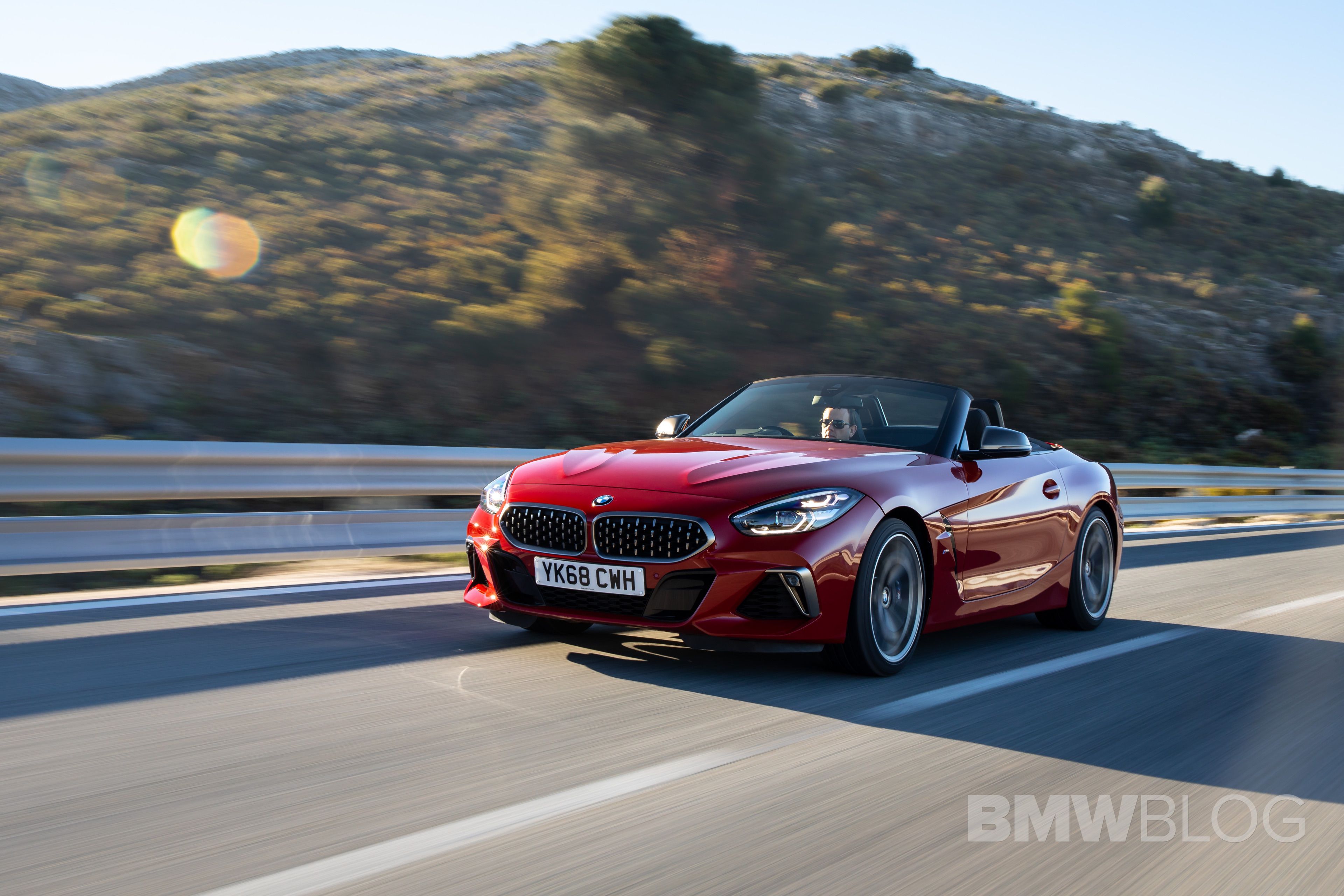 It’s no secret that the BMW Z4 M40i and A90-gen Toyota Supra use essentially the same engine. They’re supposed to be differently-tuned versions of the same BMW-sourced B58 engines. At its heart, it’s a 3.0 liter turbocharged I6 but it’s said to be a bit different in tune and power in each car. To find out how true that is, the good folks at European Auto Source decided to find out just how different the two cars’ engines are on the dyno.

Car companies measure horsepower and torque at the crank, not at the wheels. After engine power makes its way through the gearbox, driveshaft and axles, it lessens by the time it gets to the actual wheels. So the dyno tests how much actual wheel horsepower (whp) the cars are making.

On the dyno, the Toyota Supra makes a maximum 331 whp and 375 lb-ft of torque at the wheels. Given a typical 10-percent drivetrain loss from the engine to the wheels, that means the Supra actually makes closer to 370 hp than 335 hp. It also means it makes even more torque to the wheels than is claimed at the crank. So that’s really impressive.

What about the BMW Z4 M40i, though? It makes a whopping 371 whp and 381 lb-ft at the wheels. Again calculating a 10-percent drivetrain loss, the BMW Z4 M40i actually makes about 400 hp and a similar amount of torque. That’s incredible, to be honest. No wonder the Z4 M40i apparently ended up being faster than the M2 Competition at the ‘Ring. It’s basically just as powerful while being lighter and lower to the ground.

So the BMW Z4 M40i is quite a bit more powerful than the Toyota Supra but what’s even more interesting is that, as we’ve seen before, the Supra is actually quicker in a straight line. Chalk that up to weight differences, as the Supra is a bit lighter than the Z4. Still, it’s impressive to see just how powerful these two cars really are.