The BMW 6 Series GT isn’t exactly the most beloved of Bimmers. It’s not a bad car by any means but it’s just not a very lovable one. It’s funky looking and uninspiring to drive. However, it’s very luxurious and shockingly practical. So despite being a bit of an ugly duckling, it continues to sell well enough to stick around. For now at least. Which is why BMW has given it an LCI update, which has just been caught doing some testing. (We don’t own the spy photos but they can be seen here)

In these new photos, we can make out a few of the details on the new BMW 6 Series GT LCI but not a ton, as its face and butt are wrapped in camouflage. However, what we can make out is likely the only stuff that matters. For instance, we can clearly see that it has new headlights, which look a lot like the new ones we’ve seen on 5 Series and M5 test mules. So it seems this is going to be the new headlight design for premium Bimmers moving forward. 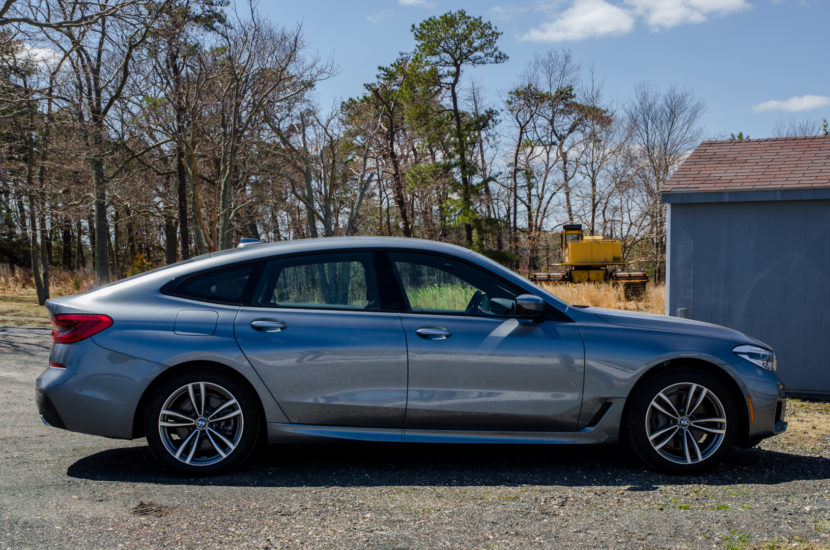 Another new detail we can see is also up front. Its new Kidney Grilles are simply enormous. While we can’t see them in their entirety, we can see their outlines through the camouflage and they look massive. We know BMW is moving toward larger and larger grilles, so this doesn’t come as much of a surprise. But it’s still noteworthy, however you feel about these newly enlarged grille designs.

While we can’t see any of the car’s new interior, we can probably make a pretty accurate guess as to what it will look like. Judging by the newly refreshed 7 Series, we can assume that the BMW 6 Series GT will get the brand’s new iDrive screen and system, as well as the brand’s new digital instruments. What I’m personally curious to see is whether or not BMW replaces the old shift lever with the new one found on the BMW X7 and 8 Series because the 7 Series LCI retains the old style lever, for unknown reasons.

The BMW 6 Series GT might not be to everyone’s taste but it’s popular among its clientele base so the fact that it’s getting a refresh should make them happy.